What a human trainwreck. Talented when he wanted to be, but just a bad person.
Top

He looks like the third son of Tom Hanks without the mask.
Top

TRIUMPH IS IN JAIL!

When I first got told I immediately started laughing at the Boondocks and South Park jokes.
So I pull out my gun!

It's hard for me to see him as anything other than a Boondocks and South Park joke.
If I should Die Hard Arcade before I Alan Wake.
PREY the Lords of Lore my Soul Calibur to Take-Two Interactive.
Top 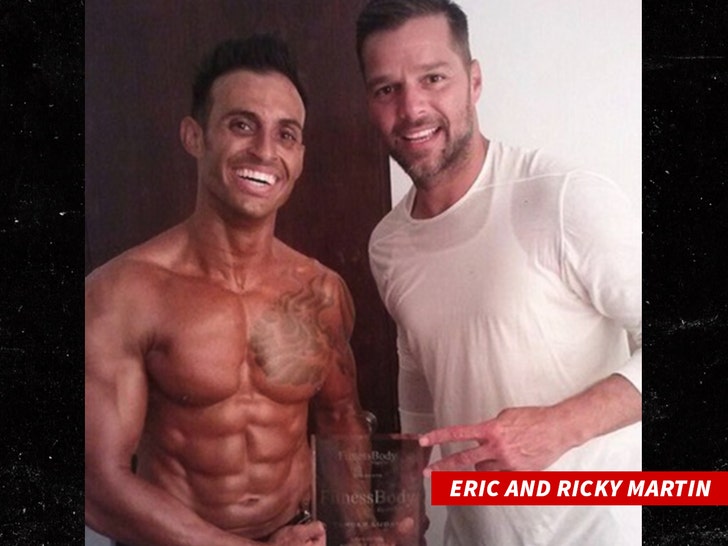 5:50 PM PT -- Ricky Martin's attorney, Marty Singer, tells TMZ ... "Unfortunately, the person who made this claim is struggling with deep mental health challenges. Ricky Martin has, of course, never been - and would never be - involved in any kind of sexual or romantic relationship with his nephew."

Rick's rep adds ... "The idea is not only untrue, it is disgusting. We all hope that this man gets the help he so urgently needs. But, most of all, we look forward to this awful case being dismissed as soon as a judge gets to look at the facts."

Ricky Martin's alleged domestic violence accuser is one of his own family members ... and now the pop star's reportedly staring down the possibility of a half-century behind bars.

A new report Friday from Spanish news website Marca identifies Ricky's accuser as his 21-year-old nephew, Dennis Yadiel Sanchez, which would introduce incest into the case in Puerto Rico.

The singer's brother, Eric Martin, reportedly identified the alleged victim ... and Ricky is going to court July 21. Under Puerto Rican law, there are harsher penalties for certain sexual crimes when the alleged victim is related to the accused, but it is unclear exactly what Martin is facing.

Nevertheless, Marca is reporting that Martin faces up to 50 years behind bars if convicted.

As we reported ... Ricky was accused of domestic violence earlier this month, and the alleged victim, whose identity was previously unknown, got a temporary restraining order against Ricky, who has denied the allegations.

Now, Marca is reporting the nephew allegedly ended a 7-month relationship with Ricky ... Ricky allegedly did not take it well, continuing to contact his nephew and showing up at his nephew's home.

We reached out to Ricky's camp ... so far no word back.