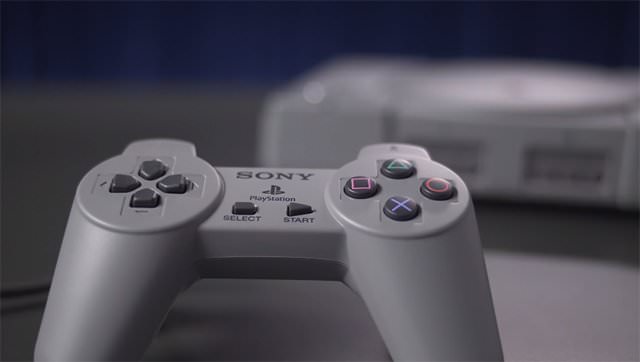 Nostalgia is a near-endless mining source in gaming. Many companies often dig into their past and remaster or re-release whatever might bring back your childhood memories. Sony might be attempting to do just that, as they are internally considering making a PlayStation Classic, according to a recent interview.

Speaking with Mantan Web (and translated by ComicBook), Sony Interactive Entertainment President and CEO John Kodera (also known as Tsuyoshi) described the company's attitude towards making a PS1 packed with old games. He stated that the company was mulling over the idea of making a PlayStation Classic. However, he seemed to suggest that the company was only discussing the possibility.

"Our company is always digging up past assets," said Kodera in the translation. "I think there are various ways to do (a classic console). There have been discussions happening (within the company) on what kind of ways are there."

Kodera did not confirm if it was happening but it does show that Sony has taken notice of what Nintendo has been doing and what they might be doing. The NES Classic and SNES Classic have sold extremely well. Nintendo announced last month that the SNES Classic sold over five million units. President and COO of Nintendo of America Reggie Fils-Aimé told Time Magazine in April 2017 that the NES Classic sold over two million copies in five months. These impressive sales caused them to sell out during their limited runs but Nintendo is resurrecting them on June 29th.

Sony might have a little more trouble creating their PlayStation Classic. Sony thrived on third-party support more than Nintendo, which succeeded more with first-party titles. Many of the PS1's seminal games were (or eventually became) third-party. Final Fantasy 7, Tomb Raider, Crash Bandicoot, Metal Gear Solid, and Spyro are all in the hands of other companies. While it isn't impossible for the companies to talk, it probably obfuscates the process and makes everything take a little longer.

Never happen, they've been selling the games separately in the PS store. Why would THEY want to sell hardware and 20 games for $100-200

What would sell like mad would be a PS1 themed ps4. I want one... OH, they had them and were limited and now I have to pay a trillion dollars for a scalped one because they made like 5! I almost got one of the PS1 themed controllers for $80.. but they sold out in the time from adding to cart to check out.

They should release the Playstation.. A ps1 shell that can play ps 1,2,3,4, psp and psvita games.. I'd want one.
If I should Die Hard Arcade before I Alan Wake.
PREY the Lords of Lore my Soul Calibur to Take-Two Interactive.
Top

No PS1 games are out for the PS4, so they they aren't making that much money from them anymore.
Top 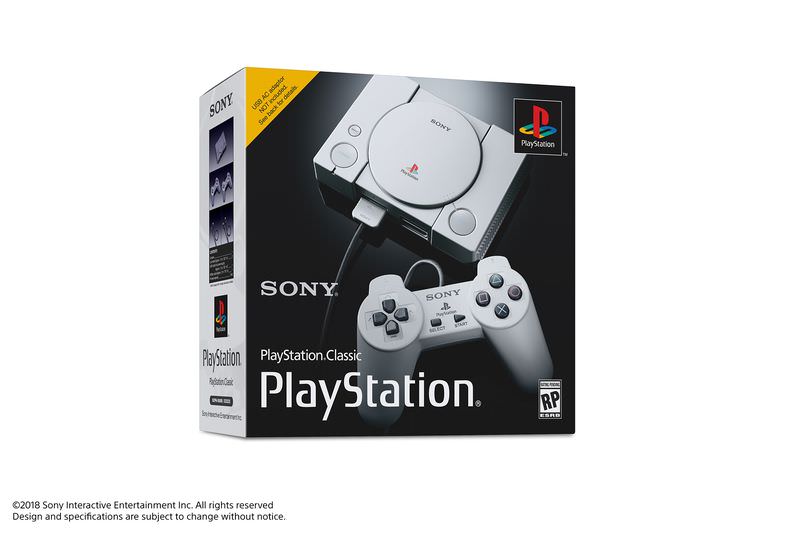 Like Nintendo’s NES Classic and SNES Classic, the PlayStation Classic will come packed with a list of beloved hits from the system’s original library. There will be 20 games in all, but Sony only announced five of them today: Final Fantasy 7, Jumping Flash, R4: Ridge Racer Type 4, Tekken 3 and Wild Arms. “All of the pre-loaded games will be playable in their original format,” the company said in an announcement post on the PlayStation Blog.

You can’t pop PS1 memory cards into the PlayStation Classic — save files are stored on a virtual memory card. However, the replica buttons on the top of the system do have actual functions: Power does what you’d expect; the open button swaps virtual discs; and the reset button suspends games. There’s no word on whether the PlayStation Classic will include visual filters or display settings like the options available on Nintendo’s retro consoles.

Just put it up now so I can get it!
Top

Hard pass. There is absolutely no reason to own this, especially if you have a PSTV. No DualShock means no games like Ape Escape and Metal Gear Solid. Massive game sizes means it’s very unlikely you’ll have space to add new games when it’s ultimately hacked. And the highest price point yet for a Classic, yet it doesn’t even include a power cable.
Top

well I'm exciited 20 games including Final Fantasy 7, Jumping Flash, R4: Ridge Racer Type 4, Tekken 3 and Wild Arms, fucking Jumping Flash! has anyone explained the meaning of the word 'classic' to them? I mean FF7, Tekken 3 & RR Type 4 sure but when they anounce such a small selection of the games & think Jumping Flash is a selling point
Top

I owned Jumping Flash, it was fun. It was also a game by Sony. so that's why it's on there.

Maybe the reasons it's more expensive than the Nintendo minis is due to them having to license more 3rd party games than NIntendo had to. Also the hardware might be more powerful.
Top

It will be interesting to see what the other 15 games are. I'm hoping for stuff like GTA, RE2, Castlevania: SOTN, Tomb Raider, Suikoden 2, Twisted Metal 3, Tomba, Rayman, Parappa, Abe's Oddysee etc.
Top

Dr. Zoidberg wrote:Maybe the reasons it's more expensive than the Nintendo minis is due to them having to license more 3rd party games than NIntendo had to. Also the hardware might be more powerful.

More powerful hardware and larger memory to hold disc-sized games are probably what drove it up the most.
Top

There's speculation that the hardware might be repurposed PSTVs, so it should be hackable if it is. 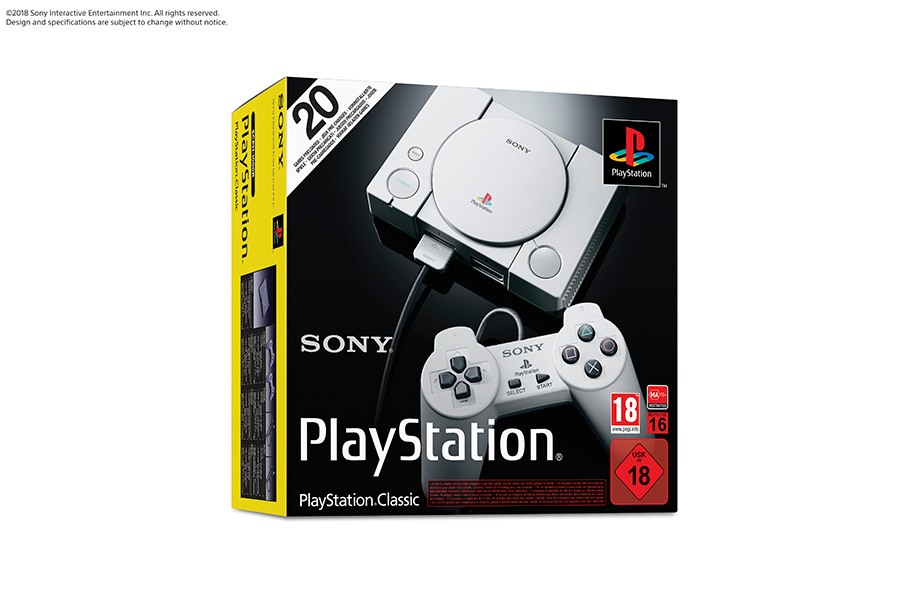 MA in Australia, 18 in the UK. Looks like it's got an RE game on it, maybe Silent Hill as well.
Top

Yep. 100% with you.. All the things you mentioned. And not to mention you can pick up REAL PS1 lots for LESS than they're asking for this..

The mini console release could come with the sequels and LATER playstation classics that weren't in my ideal version of the first.
so GT and GTA 2, FF8 and 9, All the crashes, spyros, resident evils and metal gears and then throw in:
MediEvil, Ape escape, Mr. Driller, Tony Hawk's Pro Skater, Vagrant Story ETC ETC..
THAT'S HOW TO DO IT!

Also I saw in a picture that this, has what appears to be a an openable I/O expansion cover.. Expandable storage?
If I should Die Hard Arcade before I Alan Wake.
PREY the Lords of Lore my Soul Calibur to Take-Two Interactive.
Top

Sony also co published a lot of those titles plus a bunch of other studios like Takara and Pygnosis, so the rights might not be so much of a problem.

I guess it was an attempt to make those games exclusive to the PlayStation.
I can't get no...
Top

And here they are! 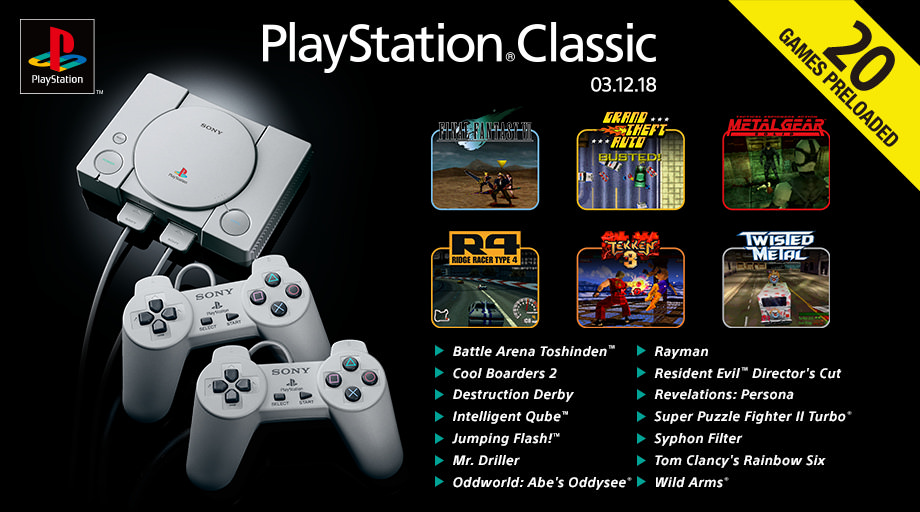 I'm happy with that lot. RE2 would have been better than RE but besides that, good job, Sony.
Top

some good stuff in there but how many have been put off by the delay in announcing whats gonna be on it I wonder? even as someone who wasn't likely to get one anyway the delay was anoying, kinda a shame to see Tenchu didnt sneack into the Japanese version (though any version woulda been good)
Top

Well they lost me. I only had like 3 games on the US list. Plus no analog support is crazy.
Top

Yep there's no analog support. This is from Eurogamer:


The controllers don't have analogue sticks, which might have some games (racers) difficult, and others (Ape Escape) impossible to play.

The PlayStation Classic doesn't come with a USB power adapter - you'll have to buy one of those separately. The type supported is a 5V, Type A output.

If you're hoping for more games post-release, Sony says additional PlayStation Classic games "cannot be added on via download or any other way".

The lack of USB adapter isn't a big deal but seems they could have included it with the system. Lacking the ability to add new games will be a deal breaker for some too. If it has minimal storage capacity I can understand that and I also guess Sony don't want people to mod the system with tons of games on them and flog them on eBay etc. But being able to add games you actually own to the system would have been cool. So I think I'll stick to playing PSX games on the PS3.
Top
Post Reply
79 posts