Roofus being the big player in the Dreamcast emulation scene that you are I was wondering if you can fulfill a request for me. Can you port PCSX2 to the Nintendo Wii? If that is too much of an undertaking then could you possibly just code a PS2 emulator for the Wii? I'd like to have it today but could wait an entire week if need be. The Dreamcast and PS2 were comparable in power with the DC winning some ram busses but the PS2 winning some DVDs so I know a PS2 on the Dreamcast would be slow. That is why I'm not asking you to port code to the DC but giving you the awesome power of the Wii. PS2 came out in 2000 while Wii came out in 2006. There was a lot of progression graphically and computing wise in that time so the Wii has more than enough extra power to play PS2.

I want Sitting Ducks on my Wii 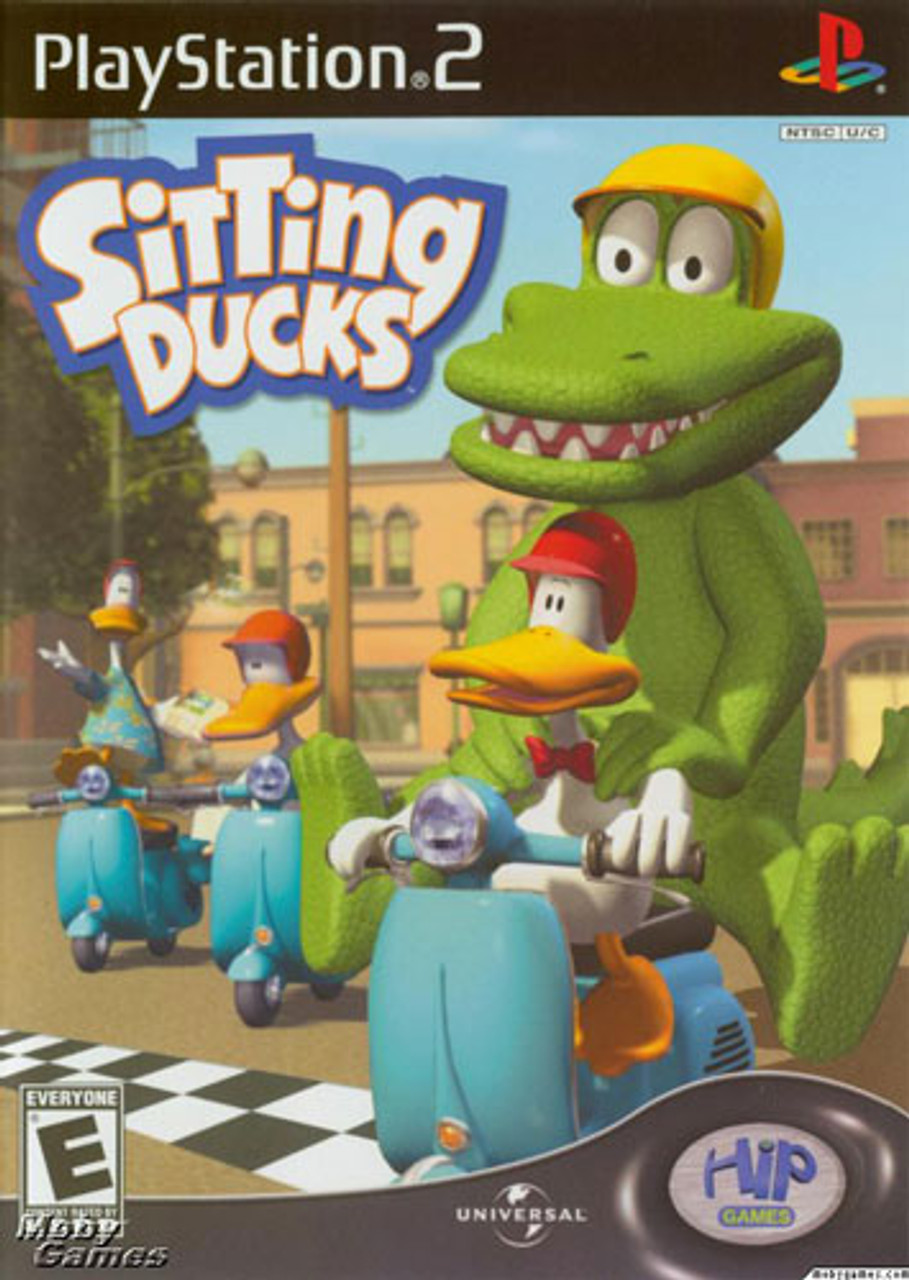 Some little kid wants to play it, lets call him bubster. I have the game for PS2,Xbox and Windows but bubby prefers the motion controls of the Wii plus I don't feel like hooking the PS2 up and my Xbox is mainly a retro machine.

So code me a PS2 emulator or I just thunk of this you could maybe just port the game so you don't have to emulate the entire system but just one game. It would be ok even if you ported the Xbox,PS2 or Winders version. As long as it on Wii and use Nunchucks and some wagglin' he be happy and so will I. It would be a fun activity for him after he gets he Wetzel Pretzel from shopping centre.

He also like lighting Mcqween from that movie cars so when you code maybe code in that car as a driveable cpu and put Wall-E in there too because he likes Dick Van Dyke VHS tapes, Wall-E likes'em not bubbie, but bub likes Wall-E. Flushed Away is also a movie but will smith was a fish in shark tale so in the ponds of the game put him and jazz jeff under the water.

Also add in baseball game where you swang the remote as a duck. Make the ducks house contain a dreamcast with a bleemcast that you can play motor toon grand prix on in the game. If you could do something with a Sega Saturn 32X CD computer that would be nice too

He has Rio on Blu-ray so no worries about that, but I snort pills off the cover but it is ok cause it is still sealed I only snort off the cardboard sleeve what covers the case.

I thank ya in advance for this, bubbie will enjoy playing his sit down ducks on the wii and I'll play Segagaga on the Dreamcast using google translate instant camera translation. I heard you make some Sega stuff in that game and I'm gonna make a Dreamcast that can play Saturns and stick a 256X on it so it can also playXbox 360 games then maybe Sega will make new consoles.

We have good stereo reciever, speakers and sub woofer so we can blast bass from sitting ducks or a radiant silvergun. Sometimes we hook PS1 to betamax to record footage and sometime we vice versa and hook the beta into the PS1 and feed footage directly into its SH1 processors and it converts the video to polygons, and the brave little toaster ends up being comparable to Shenmue saturn version.

I wrote a PS2 emulator this morning for you. It's technically for the Switch but it should run on the Wii with some frameskip. Let me know if it works OK.
Top

Do you seriously code? Wanna make me what I think should be a super simple Android app that I’m having trouble finding on the Play store?
Top

I just remembered, you made a radio app or something like that, didn’t you?
Top

melancholy wrote:I just remembered, you made a radio app or something like that, didn’t you?

I did but I haven't really touched Android since then
Top

And he’s too busy coding us all sorts of wacky emulators!

After he’s finished cals thing I’ve commissioned him to port a series of modern games to the original gameboy.
Hank Azaria not playing Apu on the Simpsons will make the role as irrelevant as the Simpsons has been as a series since 1999!
Top

Any progress? It has been almost 3 weeks, seems like you should be done or at the very least have some progress to show!

Calavera wrote:Any progress? It has been almost 3 weeks, seems like you should be done or at the very least have some progress to show!

It is currently in early access for my Patreon contributors and Kickstarter backers.
Top

Hey guys! Just a heads up that unfortunately the project has stalled and we need a second round of funding so we're turning to Indiegogo. If you pledge $50 or more you get all kinds of exclusive Roofus-themed goodies! $100 or more gets you the "Roofus after dark" package, which includes my lewds and access to my private snap chat! $200 will get you a 20 minutes one on one dirty Skype session!

Thanks for your support and understanding!
Top

$500 reward?
Hank Azaria not playing Apu on the Simpsons will make the role as irrelevant as the Simpsons has been as a series since 1999!
Top

Hmm. Gonna have to think about that.
Hank Azaria not playing Apu on the Simpsons will make the role as irrelevant as the Simpsons has been as a series since 1999!
Top

Guys I think this is a scam. It has been 7 months and Roofus has shown me no progress. If he made any progress I would be the first person he would let know since it is my idea. I have heard nothing from him then all of a sudden he posts here asking for more money on Indiegogo. He has been watching too much James Rolfe and is trying to steal his idea of getting money from idiots!

Roofuses Live chat for 21 minutes was also worth the $500
Hank Azaria not playing Apu on the Simpsons will make the role as irrelevant as the Simpsons has been as a series since 1999!
Top
Post Reply
14 posts • Page 1 of 1