Back when I'd burn an emulator for the Dreamcast...

Back when I'd burn an emulator for the Dreamcast...

I'd always use Memorex Black CD-Rs 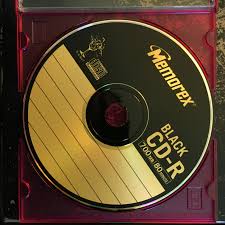 I used them for everything back then. They were and still are awesome. Since this was around 2000-2001 the first question I'd get when somebody saw the CDs were black. Can you burn Playstation games on those? You sure can! Of course you can burn a PS1 game on any old CD-R. It seemed like Playstation was the main question I got in general. I remember when I was talking about having a CD burner at school some kid immediately asked if I could burn Playstation games for him. Usually there was no use even trying to explain about needing a modchip to people who asked that.

One time I took a PS1 game I had and ripped it to the computer then burnt it to a CD-R. I put the burnt copy in the PC and loaded up Bleem! to see if it would read a copied disc. When I did it I thought it was amazing it worked and wanted to go to the rental place and rent some PS1 games to copy!

It was like how Netflix mails DVDs only for games. For $20 a month(it might have been less) you could have two games out at a time. I signed up for Gamefly soon after upgrading the hard drive on my modded Xbox. I'd get two games in the mail and copy them to the hard drive of the Xbox then I'd drop them at the post office right after. So I was sending back both games the same day I got them. Doing this I got lots of games built up quick. After a couple of months I was pretty much set. The best game I got to play because of Gamefly has to be Chronicles of Riddick: Escape from Butcher Bay. It still holds up pretty good but at the time it was fucking amazing! One of the best games for the Xbox. I'd pick Riddick over Halo anyday!

Hope you enjoyed another past memory post by Calavera

Another enjoyable Tales Of Calavera.
Top

I still have blank Memorex black CD-R’s in the cabinet. I wonder if they are any good now.
Top

The early 2000s were definitely the golden age of piracy. I used to rent Xbox games all the time from Hollywood Video and copy them. I did movies too but mostly I got those from Netflix. My copies of Seinfeld, Deep Space Nine and Voyager on my Plex server came from Netflix.
Top
Post Reply
4 posts • Page 1 of 1