Wait until the UK fans get there.
Top 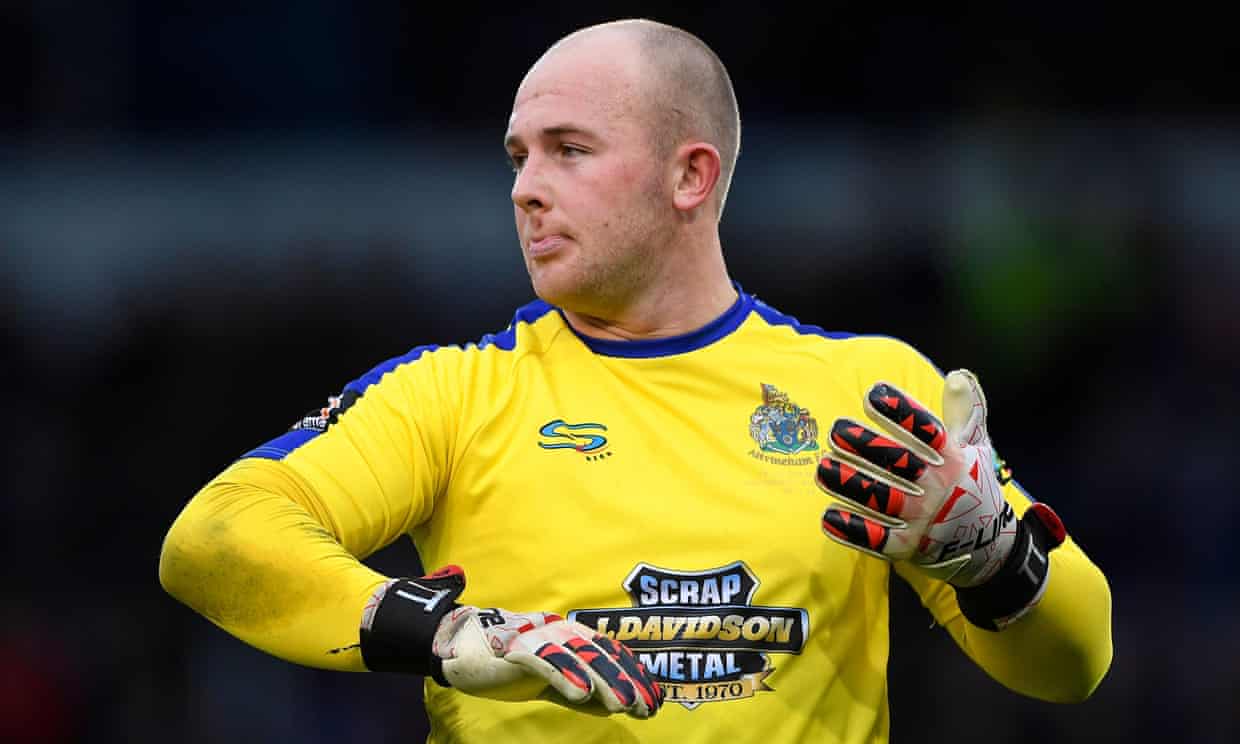 The non-league player Tony Thompson was “knocked sick” after a fan allegedly urinated in his drinks bottle during an FA Trophy tie. The Warrington Town goalkeeper was furious after being sent off for confronting the supporter behind his goal during the 1-0 defeat at home against Guiseley.

“Today I fell out of love with the game,” Thompson wrote on Twitter. “I’ve been called many names but for someone to piss in my bottle, for me to drink it and then to be told I wasn’t allowed to react because I’m a player is outrageous. That person has put me my family’s health at risk and knocked me sick.”

The incident led to a long stoppage as players confronted fans behind the goal at Warrington’s Cantilever Park.

Warrington’s manager, Mark Beesley, felt the match official made the wrong decision. “The Guiseley staff apologised – it was disgusting and there’s no place in life for things like that,” he told the Warrington Guardian. “I think the referee has completely lost control after that. If someone urinates in my bottle and I drink it, I’m going to throw it away. To send him off for throwing the bottle away is a disgrace.

“The referee has to see common sense – I can’t understand it. From our point of view, the welfare of our players is paramount and what Tony was subjected to was disgraceful. Whoever did it should hang their head in shame and never be allowed into a football game again.”

Warrington had tweeted during the game: “An away fan has apparently urinated in his water bottle, and then when Thompson has squirted it at said ‘fan’ after finding out, he’s been sent off.”

Guiseley have condemned the incident and opened an investigation in the hope of identifying the accused fan. They said they would work alongside Warrington and the police and that anyone responsible would be banned for life from the club’s matches.

“We are aware of a video circulating on social media which shows an individual swapping the bottles in the goal area, and that the replaced bottle allegedly contained urine,” the club said. “We unreservedly condemn this disgraceful action.”

US draws with Wales...

And the Saudis beat Argentina.
Top 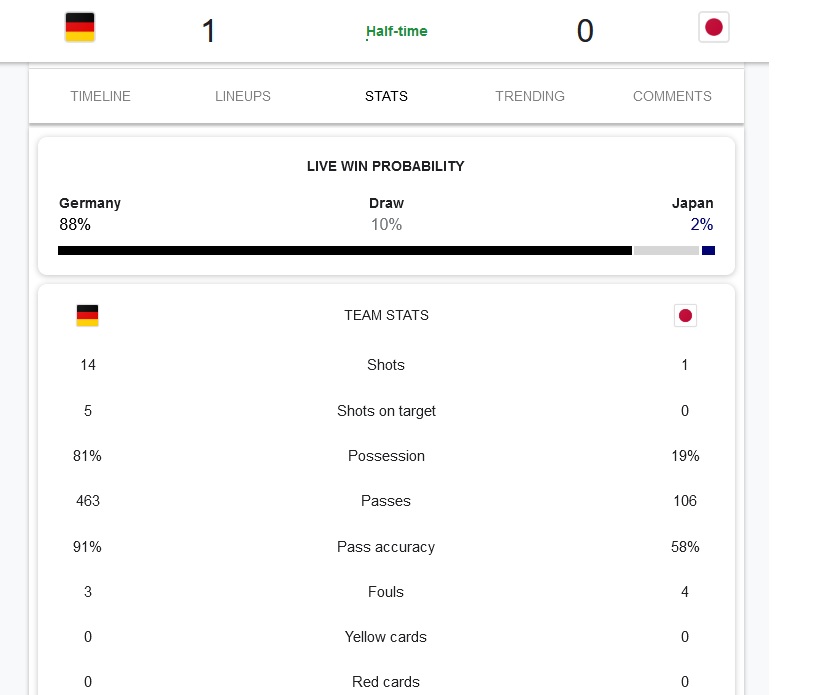 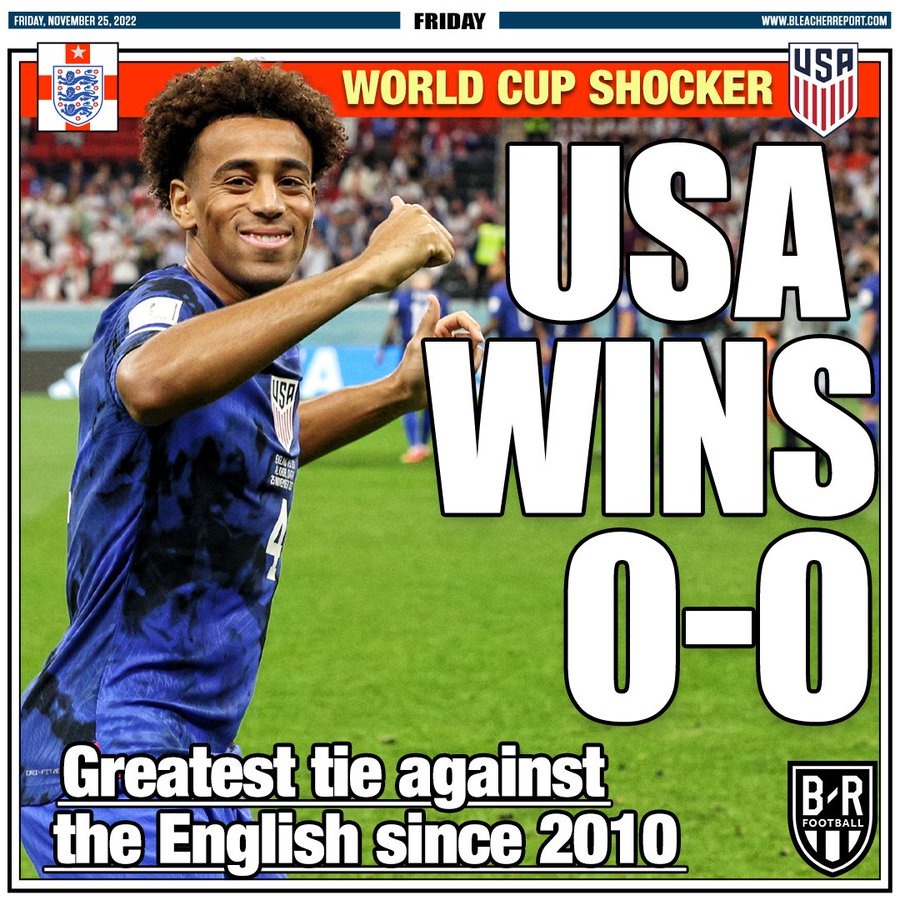 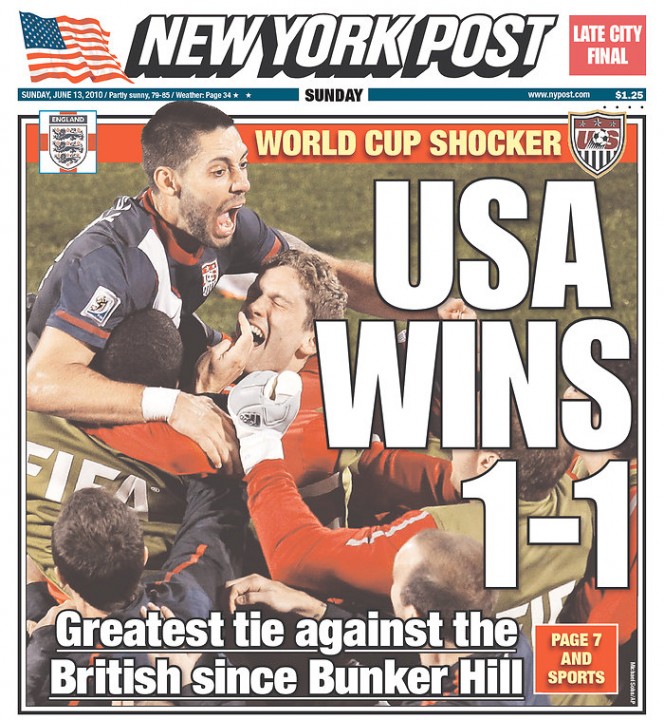 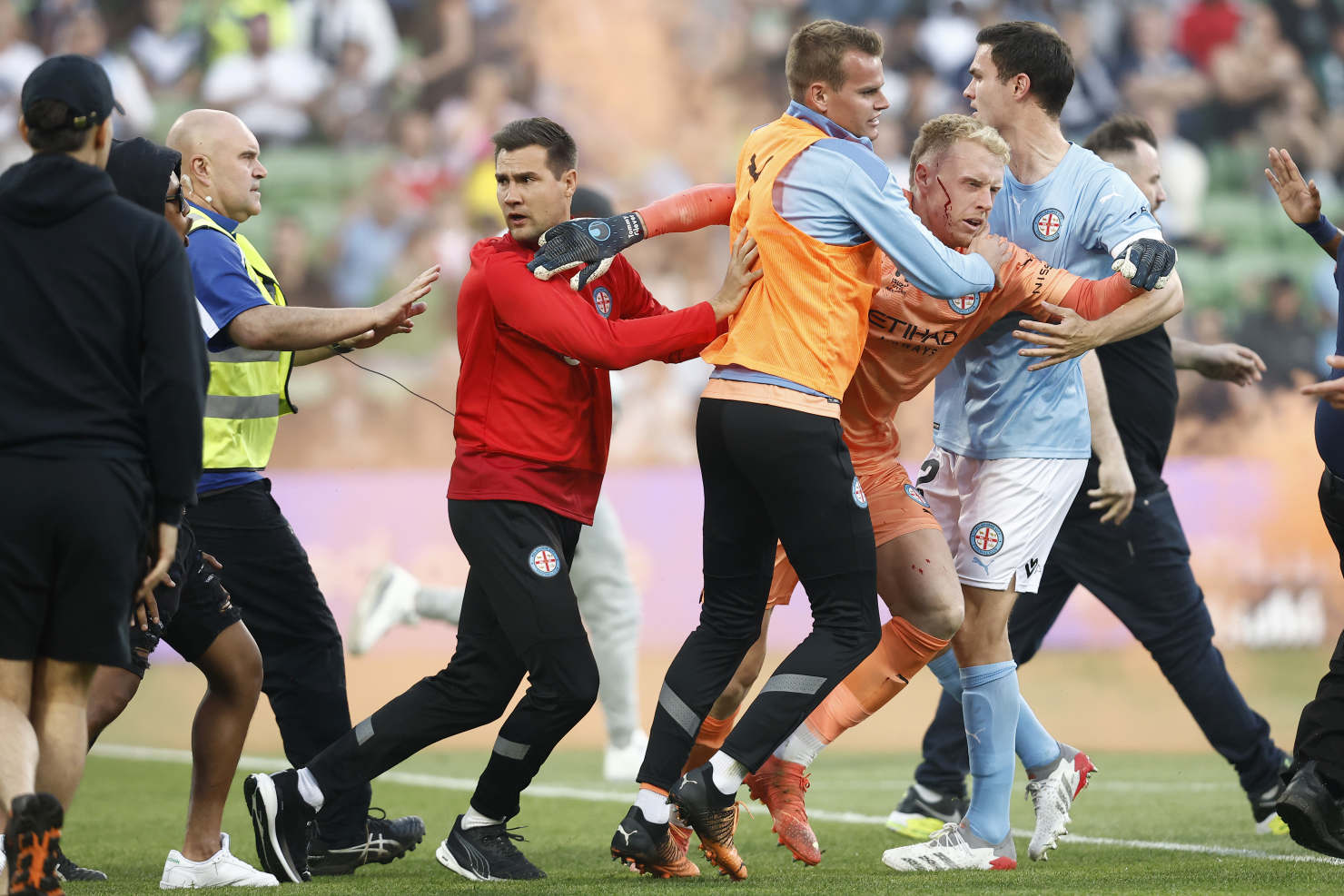 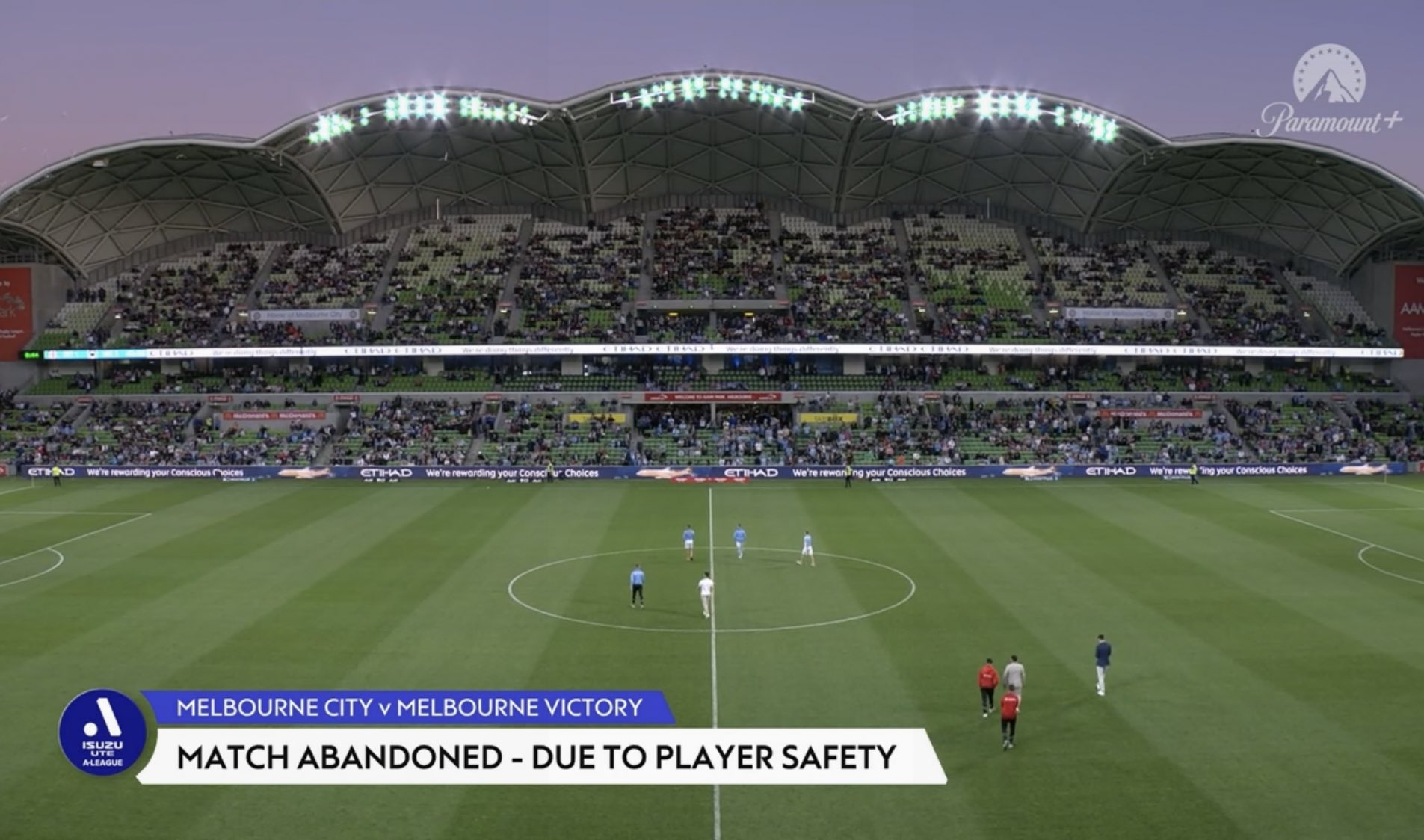 Did you see that ludicrous display last night!
Good old fashioned soccer hooligans! Something has to make the sport entertaining.

That's the most fun I've had watching anything at a soccer match in the past 22 years.

You can pinpoint the exact moment they went nuts when the keeper threw the flare back into the crowd.

More like this please, soccer is separated from tennis and golf where you have to sit in complete silence by its unruly and batshit spectators.
Without the hooligans, the sport would die entirely.
If I should Die Hard Arcade before I Alan Wake.
PREY the Lords of Lore my Soul Calibur to Take-Two Interactive.
Top

The police have put pics up on some of the people they would like to have a little talk to. 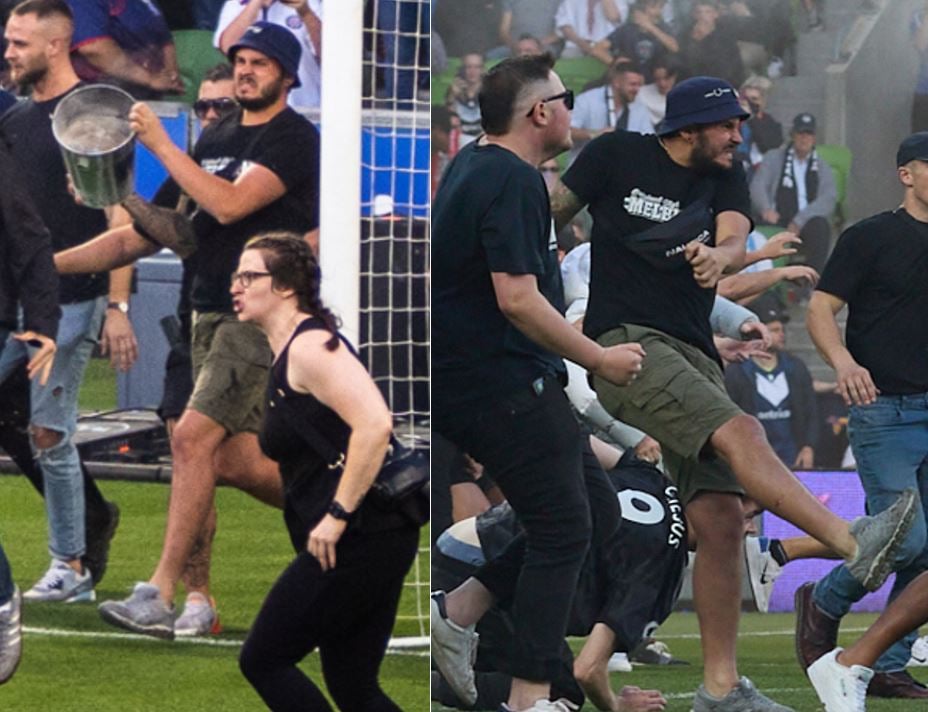 Well, at least he has the bucket to shit into.
Top

If I was the police I'd arrest the guy in sunnies on the left side of the right photo for life for his haircut.
And give 10 years to all those wearing shoes without socks, those are the real crimes here.
If I should Die Hard Arcade before I Alan Wake.
PREY the Lords of Lore my Soul Calibur to Take-Two Interactive.
Top

Bucketman has turned himself in.

And I think it's gonna be a long, long time...until he can go to another soccer match.
Top