Seinfeld was one of the best ensemble casts ever, and a lot of that has to do with people like Jerry Stiller. The show's secondary characters became a huge part of the show and why it was so funny. Estelle Harris and Jerry Stiller were great as the crazy parents, always loved it when the feuded with the Seinfelds over something stupid like condos:

I still say "What the hell does that mean?" in conversation. That and a hearty "HOOCHIE MA-MAAA!" always feels good.

He was so perfect on the show.

Jazz Statement on the Passing of Jerry Sloan

The Utah Jazz have issued the following statement and background information in response to the passing of NBA and Jazz legend Jerry Sloan earlier this morning due to complications from Parkinson’s disease and Lewy body dementia at the age of 78:

From the Utah Jazz:

“Jerry Sloan will always be synonymous with the Utah Jazz. He will forever be a part of the Utah Jazz organization and we join his family, friends and fans in mourning his loss. We are so thankful for what he accomplished here in Utah and the decades of dedication, loyalty and tenacity he brought to our franchise.

“Our Hall of Fame coach for 23 years, Jerry had a tremendous impact on the Jazz franchise as expressed by his banner hanging in the arena rafters. His 1,223 Jazz coaching wins, 20 trips to the NBA Playoffs and two NBA Finals appearances are remarkable achievements. His hard-nosed approach only made him more beloved. Even after his retirement, his presence at Jazz games always brought a roaring response from the crowd.

“Like Stockton and Malone as players, Jerry Sloan epitomized the organization. He will be greatly missed. We extend our heartfelt condolences to his wife, Tammy, the entire Sloan family and all who knew and loved him.”

From the Miller Family:

“It was an honor and a privilege to have one of the greatest and most respected coaches in NBA history coaching our team. We have appreciated our relationship with Jerry and acknowledge his dedication to and passion for the Utah Jazz. He has left an enduring legacy with this franchise and our family. The far-reaching impact of his life has touched our city, state and the world as well as countless players, staff and fans. We pray his family will find solace and comfort in Jerry’s life. The Miller family and Jazz organization will be proud to honor him with a permanent tribute.”

Sloan ranks second on the NBA’s all-time list for consecutive games coached with one franchise (1,809), and also owns the second most wins with one team (1,127). Sloan is one of just seven coaches in league history to win at least 50 games in 10 different seasons (Rick Adelman, Don Nelson, Pat Riley, Phil Jackson, Gregg Popovich and George Karl). Sloan’s 16 consecutive winning seasons (1988-2004) are fourth-most all-time (Popovich-22, Jackson-20, Riley-19) and he joined Popovich (22), Jackson (11) and Red Auerbach (11) as the only four coaches in NBA history to have 10 straight winning seasons with one team. Sloan was the first coach to ever win 1,000 games with one franchise and was the fifth coach in NBA history to record 1,000 career wins.

After leading the Jazz to a 42-40 record in 2003-04 in the first season following the departures of John Stockton and Karl Malone, Sloan was selected by as the NBA Coach of the Year as voted on by his NBA peers, and was runner-up for the Red Auerbach NBA Coach of the Year as voted by a panel of national media that covers the NBA. He also finished second in NBA Coach of the Year balloting in 2006-07. He was named NBA Western Conference Coach of the Month 10 times during his career. In 2016, Sloan was honored at halftime of that night’s NBA Finals Game 3 in Cleveland as the co-recipient of the Chuck Daly Lifetime Achievement Award by the National Basketball Coaches Association (along with former Celtics coach K.C. Jones).

Sloan worked for the Jazz organization for 34 years as either head coach, assistant, scout or senior basketball adviser. Sloan started with the Jazz as a scout (1983-84), became an assistant coach to Frank Layden on Nov. 19, 1984, and was named the sixth head coach in franchise history on December 9, 1988, when Layden resigned. Twenty-three seasons and 1,809 games later, Sloan finished his career as the Jazz’s winningest coach based on both wins and winning percentage (1,127-682, .623). The longest tenured coach with one franchise in all of major professional sports at the time of his retirement, there were 245 NBA head coaching changes during his Jazz coaching career. Sloan coached 133 different players during his tenure as head coach of the Jazz.

Want to see a decidedly non-happy role that showcases how godly good he was? Watch him in From Hell.
Top

Fuck his batman films, that nigga directed the Lost Boys.

I thought the same thing

A few weeks ago, my sister watched the Keaton movies and thought they were good. She made it a few minutes into Forever before the movie stopped

I think he blamed the toy company and McDonald's (who invested in the film) for the films being so childish. He also wanted Daniel Day Lewis as Batman, Leonardo DiCaprio as Robin, Martin Sheen as Two Face and John Malkovich as The Riddler, but the studio didn't like those ideas. And he said Jim Carrey was the only actor he could stand working with.

And yes, I think the 1989 Batman held up great. I haven't seen Batman Returns in ages, but the first one was on TV a while back and I enjoyed it still.
Top

He also directed Falling Down.

Forgot about that one. I love that movie. Might watch it again tonight.
Top

What a music video!

It was around 2000-01 when a radio station launched here that only played cheesy 70s AM gold tracks. It was such a low-budget, borderline pirate radio-type operation that was chock full of schmalz from Benny Mardones, Rupert Holmes, and Eric Carmen. But at 14, I ate that shit up and listened to it for a few years until high school.

Into The Night is simultaneously amazing and totally creepy. He's a 33-year-old man singing about 16-year-old girl! It's right up there with Ringo's cover of You're Sixteen.
Top 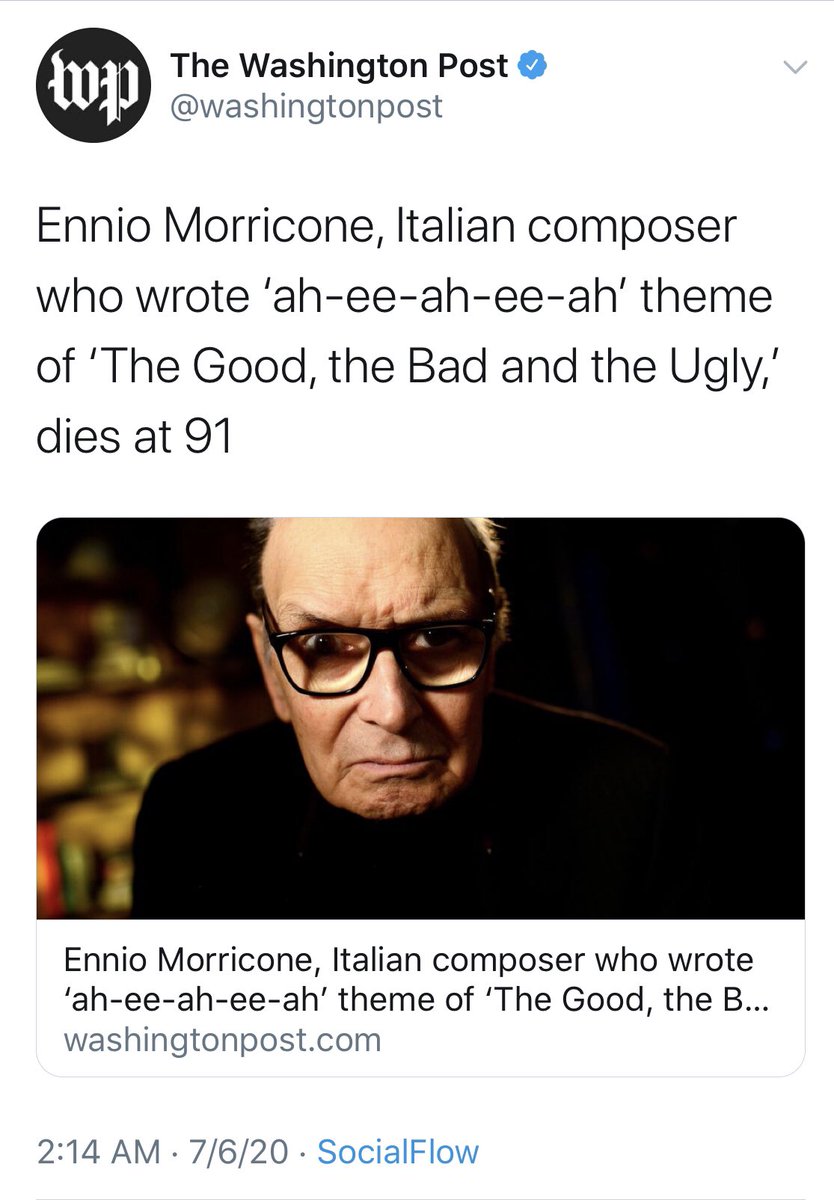 "Ah shit, what was the name of that one song? You know, the one that went Ahh-eee, Ahh-eee."
Top