It is loaded with a bunch of crappy 8/16 bit style games. When you turn it on it boots to a "220 in 1" screen with all the games. It had batteries in it so I was able to turn it on and check it out. The games all look pretty crappy but it has a nice screen and a nice compact shape. I bought it hoping there was some way to mod it and load it up with NES games and have a pretty nice portable NES. Unfortunately there doesn't appear to be a way to mod it at all. A shame really, a cool little system but filled with crap games and thus will never be used.

Just play one of the off brand tetris games on it, and then shove it in a pile. (it's cheap so it'll have at least 3 off brand block falling games.
Hank Azaria not playing Apu on the Simpsons will make the role as irrelevant as the Simpsons has been as a series since 1999!
Top

Windows 8 Pro 32/64 bit full version for $3. Will be selling it immediately as I have no use for the awfulness that is Windows 8! 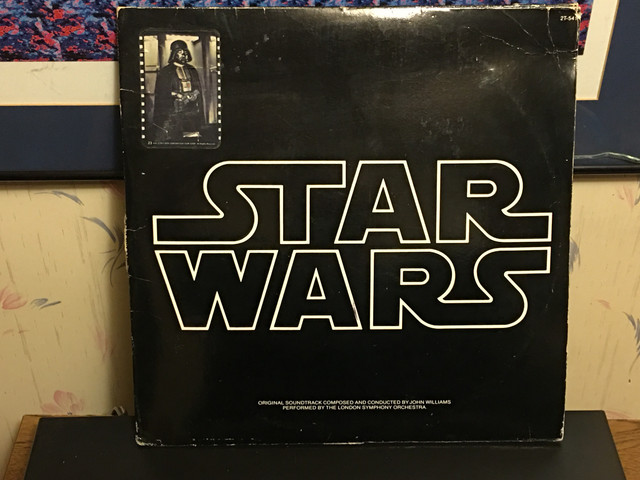 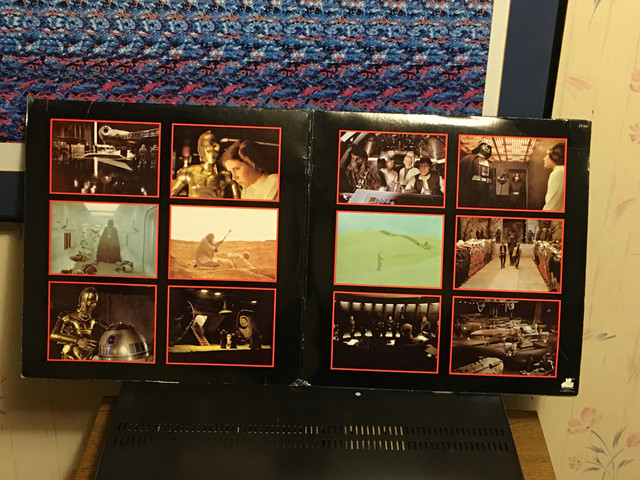 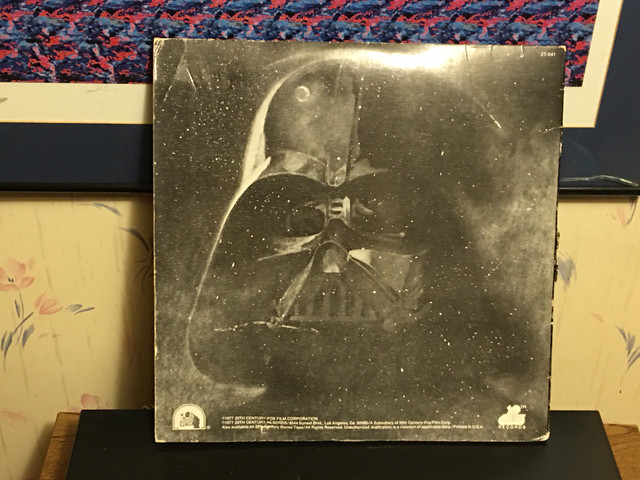 Picked up a bunch of records the other day. I'll take a picture and upload it soon. For now here are a couple random things I bought.

First is just an old GE "Walkman" type device. Thought it looked cool and the cassette player actually still works. As time goes on more and more cassette players are non-working due to broken belts. 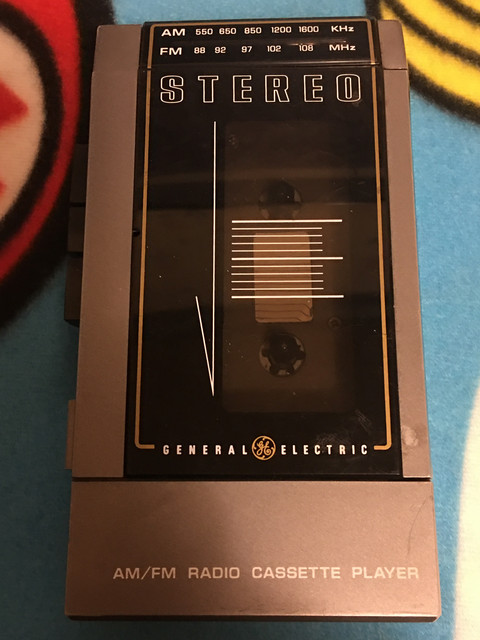 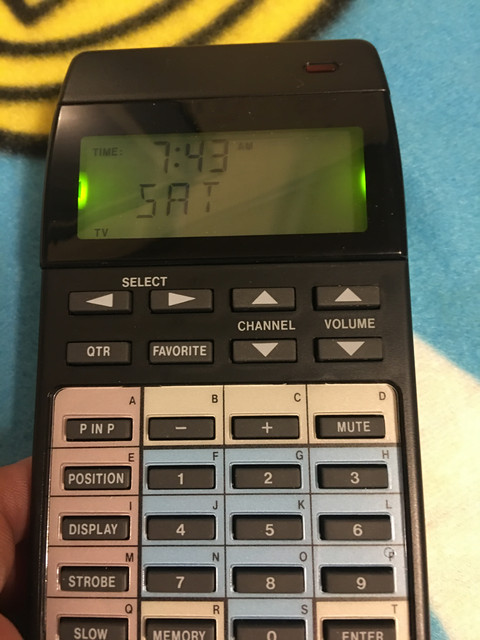 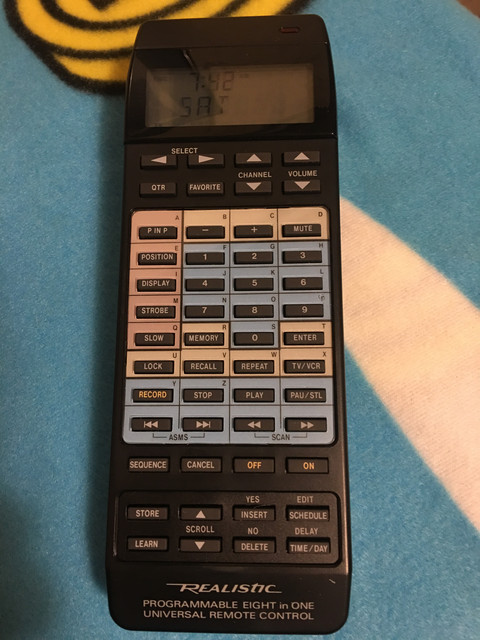 That remote is cool.
And having it program from the original remote is a feature they ALL need to have. because if you don't have a code, you can actually make it universal.

I suppose it would work for anything with an IR beam?
Hank Azaria not playing Apu on the Simpsons will make the role as irrelevant as the Simpsons has been as a series since 1999!
Top


It just might, I never thought of that. I have an old Atari Flashback that uses those wireless IR controllers. I'll have to get it out and see if I could program the remote to work as the controller. I bet it will work.


It just might, I never thought of that. I have an old Atari Flashback that uses those wireless IR controllers. I'll have to get it out and see if I could program the remote to work as the controller. I bet it will work.

Back in the day, we programmed our Sony universal remote to work with our air conditioner using the IR learning function. So you totally should be able to program anything that has an IR signal.
Top

melancholy wrote: ↑
Mon Nov 23, 2020 2:06 pm
Back in the day, we programmed our Sony universal remote to work with our air conditioner using the IR learning function. So you totally should be able to program anything that has an IR signal.

I kind of accidentally did that with my old air conditioner. For some reason the #9 on my Vizio TV remote would act as the power button for it and the TV power button would change it between cooling and fan. If I still have this remote out next summer I'll probably program my AC into it just to have an extra remote just for the heck of it.

I did try it out with the Atari Flashback 4 and yep it worked!


On the menu I sometimes have to press the direction several times to get the menu to move but honestly the included Atari IR remote isn't much better. I used the numpad (4=Left 6=right 8=up 2=down and 5 as the fire button) It is kind of a nifty feature that you can program any button to do whatever. If you want record to be volume up then go for it! If it was able to accept codes for devices that you've lost the remote to and do the IR programming it would be the ultimate universal remote!

I don't know if anybody noticed but in the pictures I posted of it but the first one has the light on for the screen. To turn this light on you have to hold in a little button on the left side of the remote. It seems like it would be helpful for in the dark but there is one major problem. It doesn't like up any of the keys just the screen! So when you are watching TV at night will all the lights off you'll easily be able to see the time and day of the week, you just won't be able to see any of the function keys.

It seems odd that they did this, they could have pretty easily made the buttons light up. Even 30 years ago that would have been easy to do.

I've needed a card reader for my PC for quite awhile but have never bought one. They had a bunch of internal card readers in the box for $1.99 (about $1.40 after discount). So I picked one up. Here is a crappy picture of it installed.

It hooks to a USB header on the motherboard for the 4 different cards. In addition to that it had a sata cable and a firewire header for eSata and firewire. I just cut them off because they were in the way and I've never needed an esata port and my motherboard doesn't even have a firewire header.

I also picked up a pair of Logitech G430 headphones. They were $5 ($3.50 after discount) I have to say they sound pretty damn good! 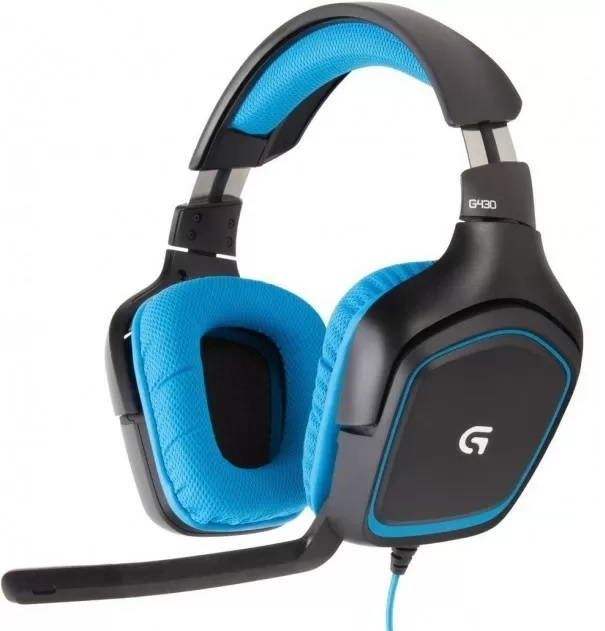 It looks like they go for around $30-$40 used so $3.50 was a great deal. The first thing I did before I even plugged them in was to remove the ear cups and give them a good washing. They look pretty much like brand new now. The headphones I was using before were some that have no name or model number on them at all.. They still sounded pretty good but these are much better. They are 7.1 headphones which I don't totally understand. I don't see how a system that uses 7 different speakers can be replicated on a pair of headphones with only two speakers. I guess I need to try some kind of Dolby 7.1 demo with them and see how they sound.

It seems like it is getting more and more rare to actually find something decent at Goodwill anymore. It used to be nearly everytime I'd go I'd walk out with some kind of old electronic device. Now when they actually do have something I want it is usually WAY overpriced. Cassette decks that used to be $5 all the time are now $20, it is similar with VCRs. The really crazy thing is that they either don't test them at all or know they don't work and still put them out for $20. I've plugged in a couple of overpriced cassette decks just for the heck of it to see if they worked and they do not. When I got the card reader and headphones they had a set of Sony speakers for sale. It was the left and right speakers plus a subwoofer. I should have took a picture but I didn't. They looked similar to these. 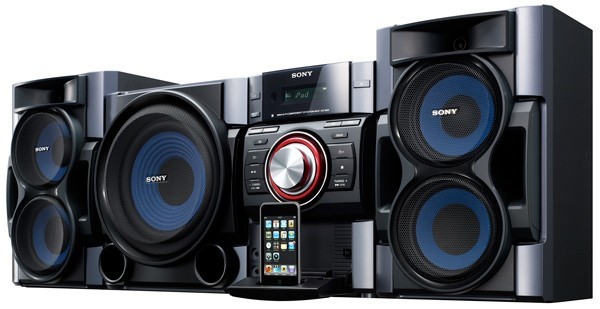 but they looked older than the ones pictured. Probably from an early to mid 2000s stereo. Anyways it was just the speakers and the sub no main unit and they wanted $50 for them. That is ridiculous. I understand them not wanting to sell things for nothing but $50 for those speakers to me is ridiculous. I'd say $20 tops. Their pricing is inconsistent too. You might go in there a month or two from now and they will have a different set of speakers of the same or better quality for $10. About a month ago I picked up an RCA SP0500AW Powered Subwoofer for my Sherwood receiver I have hooked up to my computer and it was only $5. It was $5 and it pounds! It sounds great! The Sony sub was just a standard non powered sub.

Well that is my Goodwill buys plus rant for today. I also picked up a few records so maybe I'll post them later.

The problem bargain hunting is that a non technically inclined someone sees a record player go for hundreds of dollars, so they think they are all worth that and you end up with a no name, piece of shit being tagged for the same price as a like new, high end Technics or Pioneer.

same in ANY electronics category. But it's starting to hit CRT's real bad atm. NO your shitty Haier 34CM tv is NOT worth the same price as a Sony 34cm PVM. They're either free as rubbish, or so expensive you wouldn't even bother.

similar at all the used shops around me. they got a whiff of retro prices on the rise, and now they all want a piece.
Fucked electronics at more than ebay prices.
Hank Azaria not playing Apu on the Simpsons will make the role as irrelevant as the Simpsons has been as a series since 1999!
Top

It pisses me off when they have an item and look it up and Ebay and see one listed at lets say $100. So then they slap a $100 price tag on it. First off just because somebody is asking $100 for something on Ebay does not mean they will get it. Second lets say that the item is a turntable and it sells for $100 with free shipping. Between Ebay and Paypal the seller will pay about $15 in fees. Then since it was free shipping it will cost somewhere around $20 to ship. So $15 in fees + $20 in shipping brings that $100 down to $65. I hate when anyone asks Ebay prices for an item for that reason. They never factor in the fees and/or shipping. If I have a turntable that is selling for $100 on Ebay I would gladly sell it in person for $50. It is worth losing a few dollars to not have to mess around with shipping it.

Now onto what I recently bought! 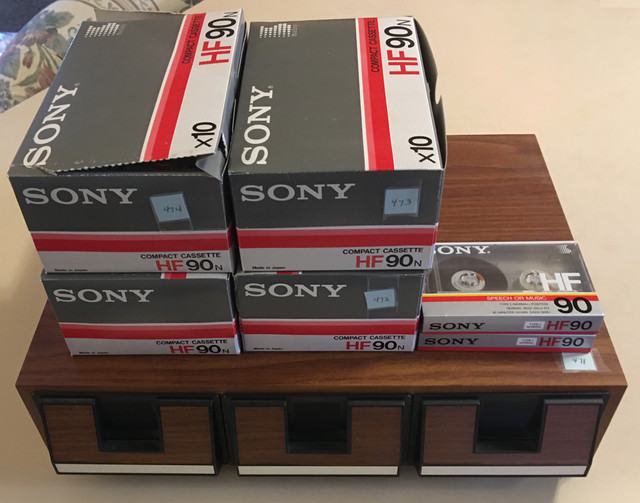 42 Brand new sealed Sony HF90 cassette tapes. 4 boxes of 10 plus 2 loose ones. Also included was a cassette tape holder which I really didn't need but it was included in the lot. All of this for $10 even! I picked it up from a local online auction. A pretty good deal I must say. I already had two sealed boxes of those exact same tapes so now I am up to 6 boxes!