He will be killed within 6 months unless he goes into protection and gets the tattoos removed.
Top

Considering he was originally facing 47 years, then 37 years, Tekashi was sentenced to 2 years. Which taking into account time served, its only like 11 months. Which if he's a model prisoner that could truncate his remaining sentence even further. He also has five years supervised release (which if he starts off on the wrong foot could land him back in) and community service to do, plus a fine.
Top Eilish looks like she could beat the shit out of all them. She could swing Lil Nas like a bat to whack the other two.
Top


Kobe Bryant was no rapist
By Andrea Peyser

Kobe Bryant, star athlete, adored husband, beloved superdad, was no rapist. That should be the end of it. Nothing to see here. Sadly, in this #MeToo era, it isn’t.

So many people who don’t know what they’re talking about have been mewling lately about the “tarnished legacy’’ of the NBA superstar, who died tragically in a helicopter crash along with his 13-year-old daughter, Gianna, and seven other people on Jan. 26.

Leading the pack was CBS broadcaster Gayle King, who pointedly asked former women’s basketball player Lisa Leslie in an interview if being loyal to Bryant is “complicated for you as a woman, as a WNBA player?”

Leslie told King forcefully that it was not. “I just never, have ever seen him being the kind of person that would do something to violate a woman or be aggressive in that way,’’ she said.

But King pressed on, suggesting that Leslie may have overlooked questionable behavior because she was Bryant’s friend. She should have let it go.

Instead, King and others in the media continued harping on a long-ago sexual assault allegation against Bryant, which led to no prosecution, no professional penalty and no divorce.

I attended the case’s 2003 preliminary hearing in Eagle, Colorado — a kind of mini-trial to determine if there is to be a real one. I traveled to the altitude sickness-inducing town 6,000 feet above sea level expecting to see Bryant presented as a spoiled testosterone case who didn’t understand the meaning of “no.”

What I found was quite different.

It makes little sense to re-litigate this ugly chapter, but circumstances are making this necessary. At the time she encountered Bryant in the hotel in which she worked, on June 30, 2003, the accuser was 19. Bryant was all of 24, and the married father of an infant.

Enlarge Image[​IMG]
Kobe Bryant with wife VanessaGetty Images
Soon, we learned more details about the pair’s sexual liaison than we wanted to know. The defense brought up the fact that the accuser had told a friend, excitedly, before getting close to Bryant that she expected the celeb to “put the moves” on her.

She secretly entered Bryant’s hotel room through a back door — so no one would see.

None of this precludes the possibility of sexual assault. However, among the intimate details to emerge in the preliminary hearing was this: Once the pair were having sex — over the back of a chair — the victim felt pain and asked Bryant to stop. And he did.

I don’t know what happened to make the young woman suddenly feel like a victim. Or why, after the case was prepared, she abruptly ended her cooperation with the prosecution. The criminal case against Kobe Bryant was dropped.

He then publicly apologized to the accuser. Not for a rape, but for a misunderstanding.

I think the hoops star’s apology amounted to a classy way to end this mess. That, and the undisclosed sum he paid the woman to prevent a civil suit.

As I see it, this matter was between Bryant and his wife. And she forgave him (reportedly after he presented her with a large diamond).

They remained married and had three more daughters, including basketball-loving Gianna — Gigi — who died with her dad. I would hope we could put this sordid chapter behind us, and remember Kobe Bryant as the good, loyal man he was.

Let the dead rest in peace. 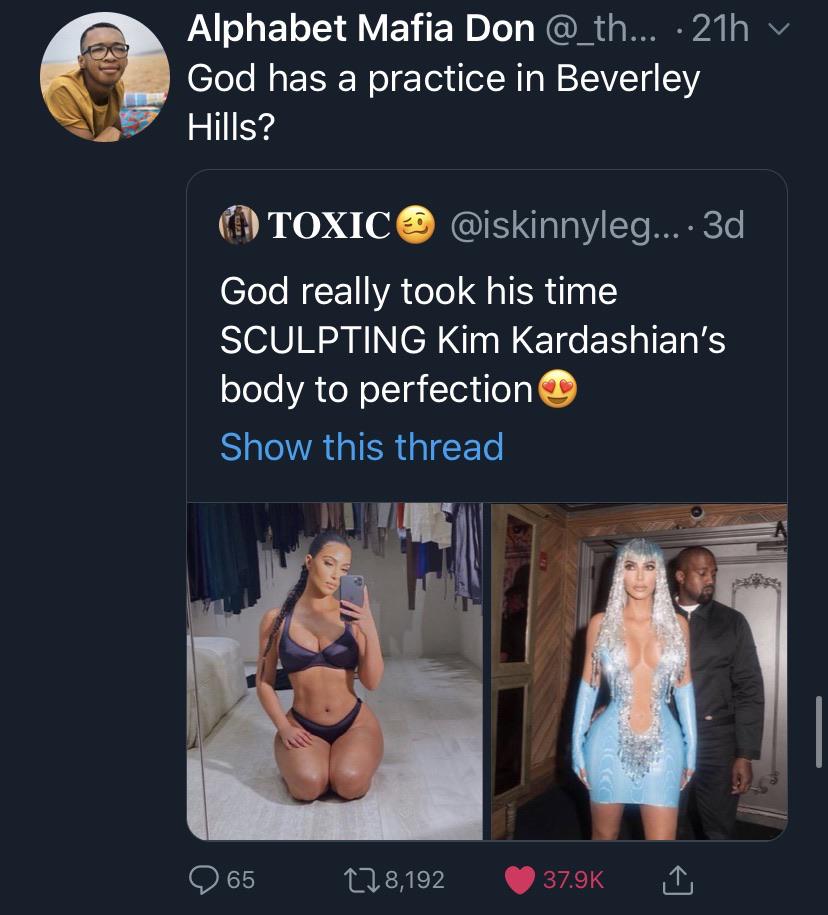 She's had so much shit done to her face she's starting to look like Cher. And she didn't need any of it because she was very beautiful and way too young to start that.
Top

Good. I hope it sticks and he doesn't get the rich guy sweetheart sentencing.
Top


Weinstein will next answer to four more counts of rape and sexual battery charges in Los Angeles.