This will be your last chance to see the Insane Clown Posse, fellas.

That sucks, I'd like to see them if I get the chance. But I don't want to take the space of a deserving juggalo.
Top

Spencer Elden is suing the band for child sexual exploitation, saying he was unable to consent to having his image used for the iconic 1991 album

Nirvana’s surviving members and the estate of Kurt Cobain have been sued by Spencer Elden, who appeared as a baby on the cover of 1991’s Nevermind. Elden claims the band violated federal child pornography statutes and argues child sexual exploitation, TMZ reports and documents viewed by Pitchfork confirm. Pitchfork has reached out to Nirvana’s representatives for comment.

In a lawsuit that also named photographer Kirk Weddle and the labels behind the album’s release, Elden claims he has suffered “lifelong damages” and says his legal guardians never signed a release “authorizing the use of any images of Spencer or of his likeness, and certainly not of commercial child pornography depicting him.” He’s also suing for distribution of private sexually explicit materials, negligence, and what’s described as a “sex trafficking venture” where Elden “was forced to engage in commercial sexual acts while under the age of 18 years old.”

Elden is seeking damages, attorney fees, an injunction to prohibit all parties “from continuing to engage in the unlawful acts and practices described herein,” and a trial by jury.

“The permanent harm he has proximately suffered includes but is not limited to extreme and permanent emotional distress with physical manifestations, interference with his normal development and educational progress, lifelong loss of income earning capacity, loss of past and future wages, past and future expenses for medical and psychological treatment, loss of enjoyment of life, and other losses to be described and proven at trial of this matter,” the lawsuit states.

Weddle was a friend of Elden’s father Rick, which is how young Spencer ended up on the album cover. “[Weddle] calls us up and was like, ‘Hey Rick, wanna make 200 bucks and throw your kid in the drink,’” Rick told NPR in 2008. “I was like, ‘What's up?’ And he’s like, ‘Well, I’m shooting kids all this week, why don’t you meet me at the Rose Bowl, throw your kid in the drink?’ And we just had a big party at the pool, and no one had any idea what was going on!” Spencer was reportedly sent a platinum copy of Nevermind and a teddy bear by Geffen Records in 1991.

Elden recreated the image multiple times over the years and had the word “Nevermind” tattooed on his chest, but in a 2016 interview with GQ Australia, Elden revealed that he had recently become unhappy about the Nevermind artwork. “It’s fucked up,” he said. “I’m pissed off about it, to be honest.”

How can anything challenge the mightly Maiden? oh wait theres people that like (c)rap in the world, poor misguided fools
Top

Crazy to think in the 90s the thought of two gangsta rappers and Eminem would be rapping on a Pepsi sponsored mega television event would have thought that would be ridiculous.
Top 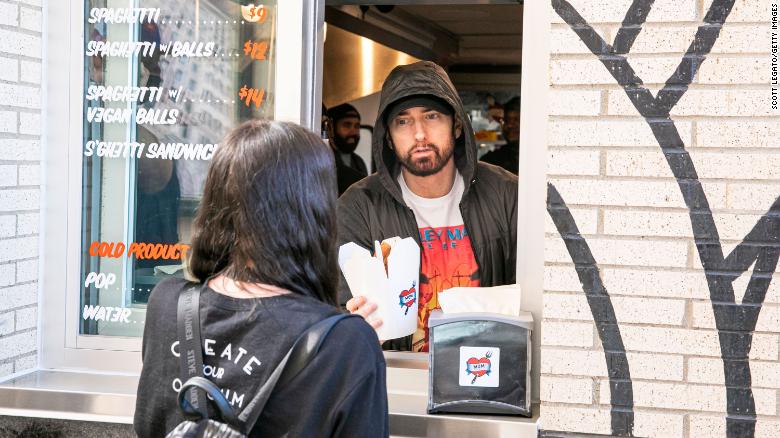 
Has anyone told him that, just because it's in a music video, that he doesn't have to?
Top

The second day was cancelled. This was the line up

Kind of funny Earth, Wind & Fire is randomly on the bill with all of those rappers.
Top
Post Reply
337 posts