Everything sucked. The game sucked, the halftime performance sucked, most of the ads sucked. I should have listened to Kaepernick and boycotted.
Top

Yeah, if they were trying to win back their audience after the Kaepernick fallout, this was not it.
Top 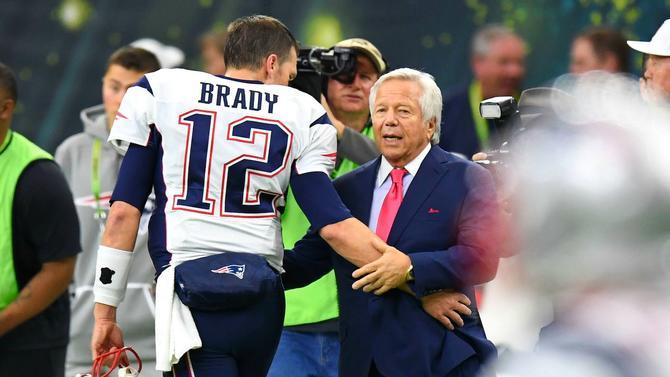 The AEDub crew went to the Super Bowl

Remember those articles about The Simpsons predicting world events and such...well, they only did it again, with Super Bowl LIII!!!

We witnessed history, the worst Super Bowl ever.

The best part was winning a few games of dominoes and eating these things called Oreo balls.


Bandit wrote:Maybe because the game sucked a fat dick and nobody wanted to see the Patriots versus the team who didn't deserve it (and played like it)?

I'll have to stop you right there, maybe Brees shouldn't have thrown that interception in overtime? Maybe they should have used that lauded offensive attack to score more than 23 points? Maybe Sean Payton should have adjusted his team to the run?

Losing to one stupid fucking thing is the worst experience for a sports fan, which is multiplied by the fact it was the worst blown call ever in league history. It's much worse than just a bumbling performance by your favorite team. I get it, I know what it feels like to lose (many) big games, either by shitting the bed or losing against sheer improbable odds.

The only thing I've ever heard from other fans is to suck it up, your team sucks. So I'm a little salty towards those who want to ordain the Saints because they "deserved it." No one deserves shit, you have to win the game. The game isn't whinging about what could have been, how you should've won.

It was a bad omen having young Jared Goff play against Bill Belichick in the Super Bowl. Gimmicks and gadget plays won't do much against the winningest coach in league history, the dark master of football. That Ryan Gosling look-a-like was ranked tenth in the regular season, if you trust the QBR, and that won't get you very far if you aren't ready to play the game.
Top

If I didn't have friends over I probably wouldn't have watched all of it. But then again I am addicted to football and will now have to play Madden for my fix until the XFL begins.
Top

Evil Bill thinks of everything. And he will coach until he's 100 and Tom Brady is still playing in an ecto skeleton to win Super Bowl 87.
Top

This is better than the Super Bowl right here.

I wouldn't wish re-watching this on my worst enemy.
Top

John Elway has acquired another quarterback to steal Joe Flacco's life energy in an effort for immortality.
Top

Yeah, that was expected to happen all year. They wanted Harbaugh to be their coach as well but he decided to stay. They don't play the Ravens in the regular season in 2019 so that saves a little awkwardness.
Top