No, the box I ordered off Amazon won't get here until August 22nd.

Ah yep. Which ones did you get from the Aussie seller?
Top

Everything in the first post except for the first box and the WM3 card. So Steamboat HOF, Asuka Mat card, 12 random packs & a bunch of Flair, Savage, Hart and Warrior cards.

The seller actually refunded me $10 in postage, so she's good. Just ordered some more stuff from her, which I'll post about when they get here.
Top

Ah cool, I might check her out then.
Top 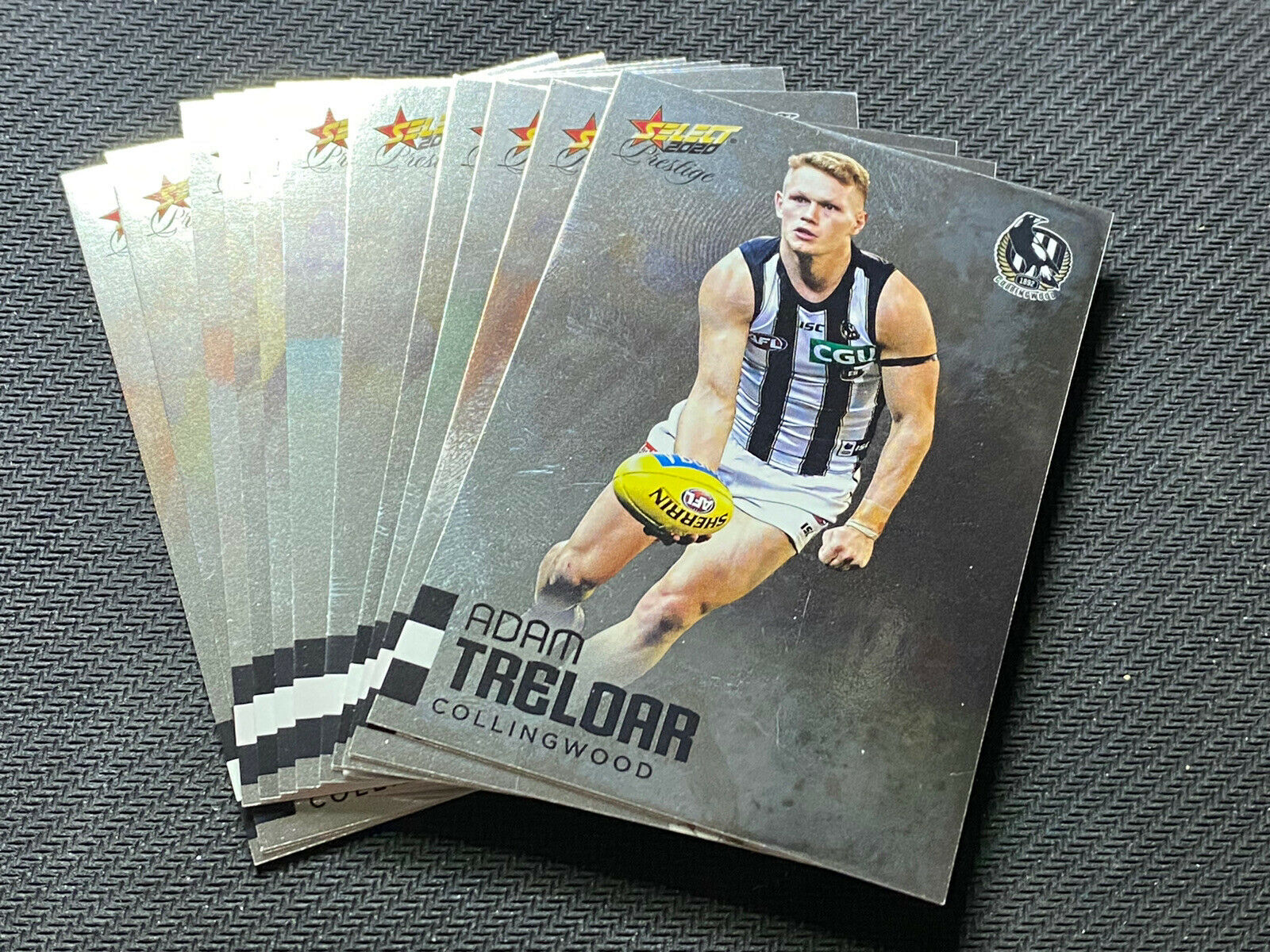 Also got some Ultrapro folders and pages.
Top

Asuka! Got this in the first lot of packs I got.

Then I bought some more.

Here's the card everyone is after...

And some random cards.

They've got more Asuka sets at the Aussie ebay seller.

Got a Kairi Sane set coming as well.

I ordered more from them today. One of the cards is a DVon ECW patch card, apparently they sent the wrong one so they are sending me that one separately so I get the other one for free, which is cool.
Top

I got that with my first order with them. It's good.
Top

Not sure of the exact release date as of yet,but AEW will be releasing trading cards.
Top

Judy Martin was 30 in that picture. She was the female Arn Anderson who always looked 50. When she was 30 she looked like how Linda McMahon looks now, poor woman.
Top

Yeah she did always look old.

Cool, I'll get a few packs when they are out.
Top

The Topps WWE Heritage 2019 booster box that I ordered off Amazon arrived today. The cards are based on the Topps 1989 design so they look nice and retro.

Got a lot of good base cards and some inserts, the main one being a AJ Styles Survivor Series Mat Relic Bronze card, number 45 of 99.

Something else arrived today as well, a full base set of 2002 Red Dwarf cards.
Top

Got a heap of cards but I'll just post a few "hits" for now.

These are two I got for free from the ebay store.

My Topps WWE Money In The Bank 2019 briefcase arrived! 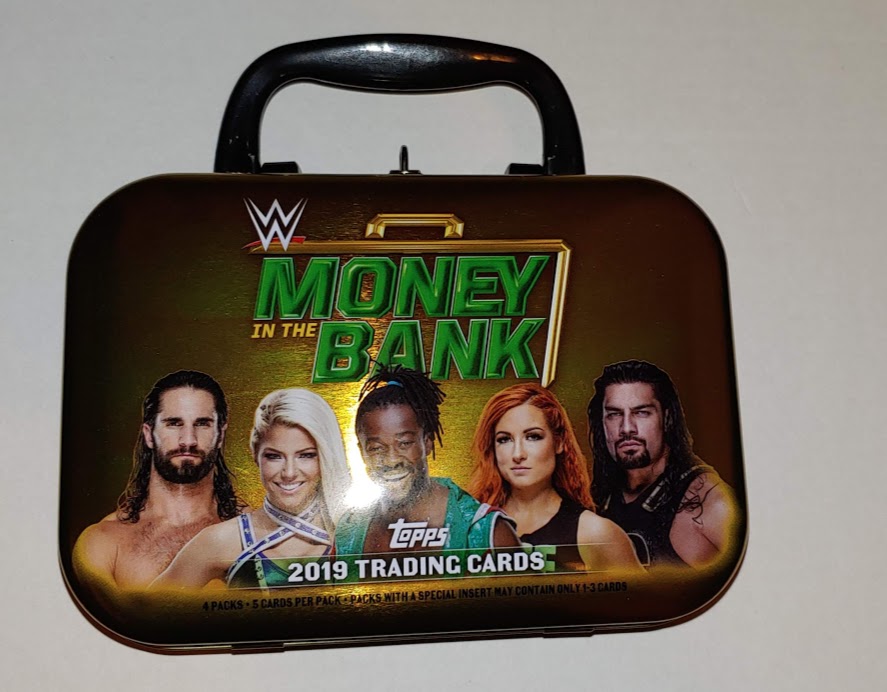 I cashed the briefcase in and this was the main card in there: 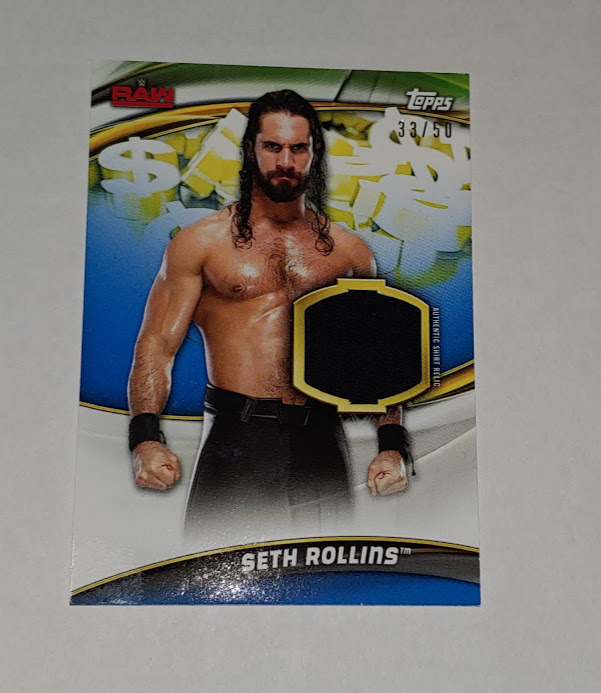 Got some packs of NBA cards from back when my brother and I started collecting cards. They used to have NBA Hoops 92/93 and Upper Deck 92/93 at the local video store in a cabinet in the same area as the rental games. 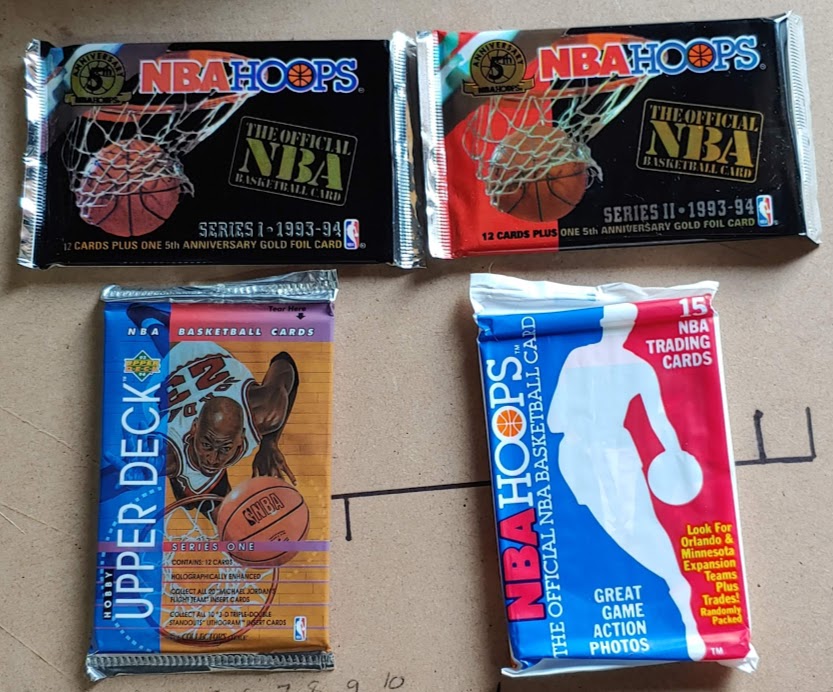 Got 4 packs of each. It was a jolt of nostalgia seeing these packs again, it's a long time since I got any.

All of the cards in all 4 Upper Deck packs were stuck together. Because they are a higher quality card, the gloss made them stick. The more plain Hoops cards were fine. The only good cards I got in the UD packs were a Jordan & Pippen, which I think I already have anyway. Got some good stuff in the Hoops 92/93, which included a David Robinson insert card and a Pippen foil stamp card.

I'd never brought any Hoops 89/90 before. The main card I was after was of course Maurice Cheeks.

I liked opening the packs but didn't enjoy it as much as the wrestling and AFL cards. I've noticed that newer basketball packs are stupidly expensive too.

Onto wrestling, got a Smackdown Live 2019 hobby box. 2 hits per box, including 1 autograph.

And the hits were... 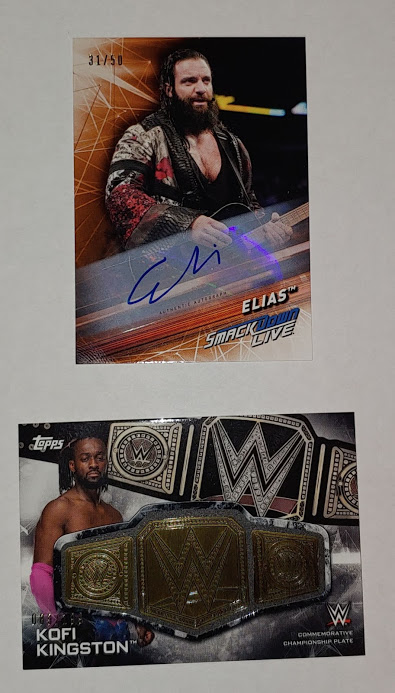 My first auto is an orange parallel Elias. Not too bad. Better than Tamina or Nia Jax.

Some of the other inserts in the box were purple parallel The Rock & Rusev base cards.

I bought 100 packs of Slam Attax 2008 for $30 inc. shipping. 30 cents a pack! The series contains Mike Adamle's only wrestling card. Very important. The inserts in the series are basic but look pretty good. Nice and shiny. 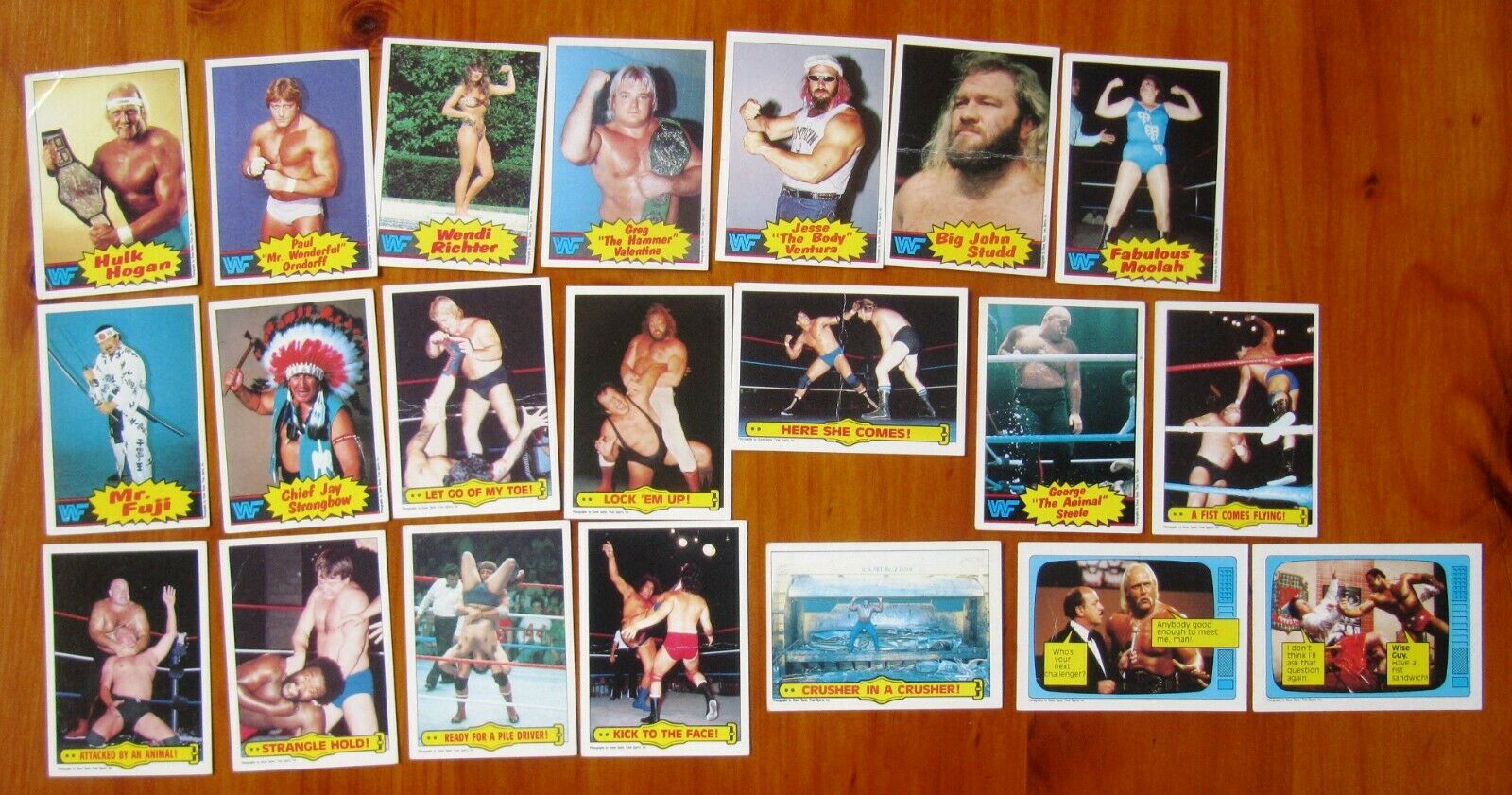 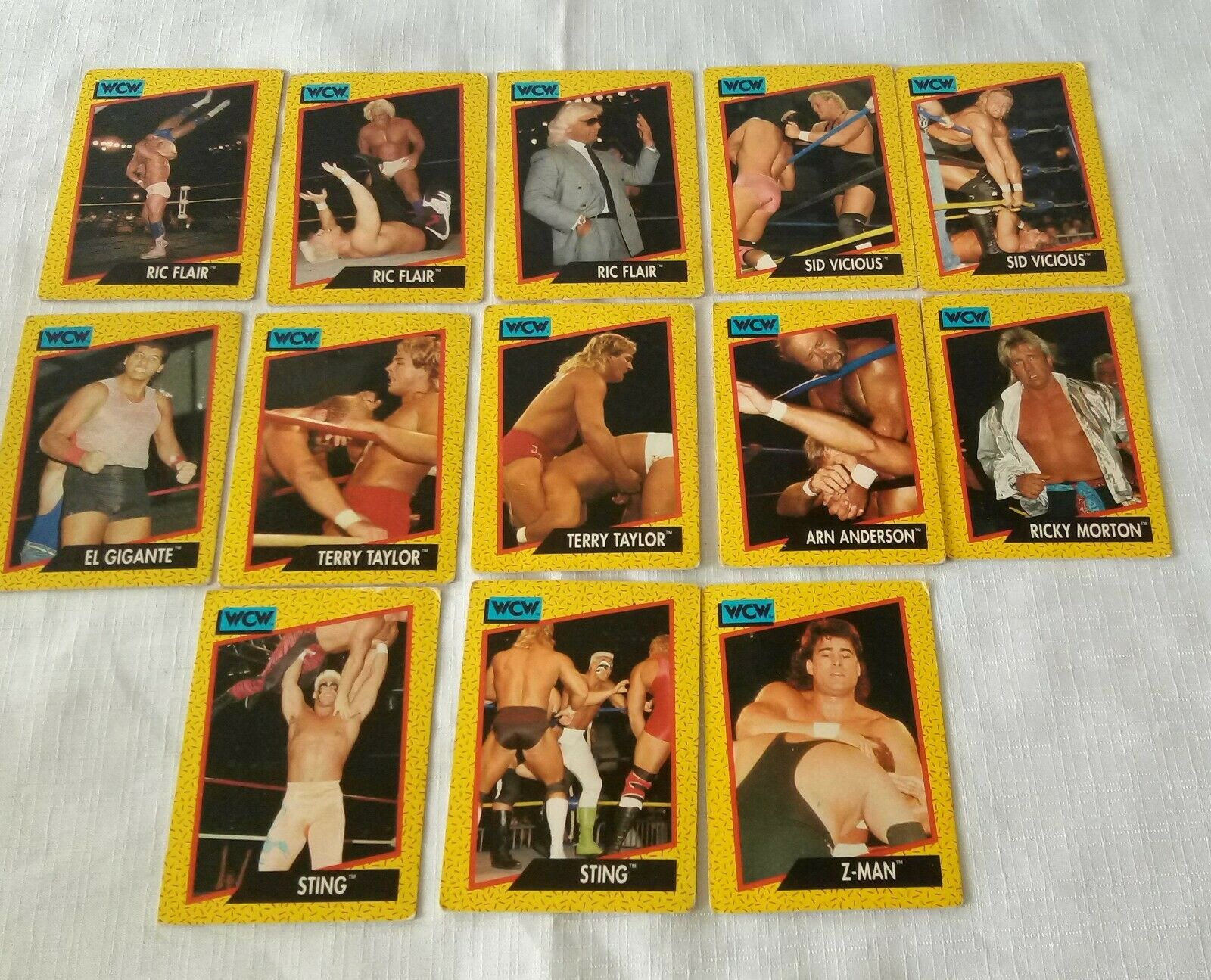 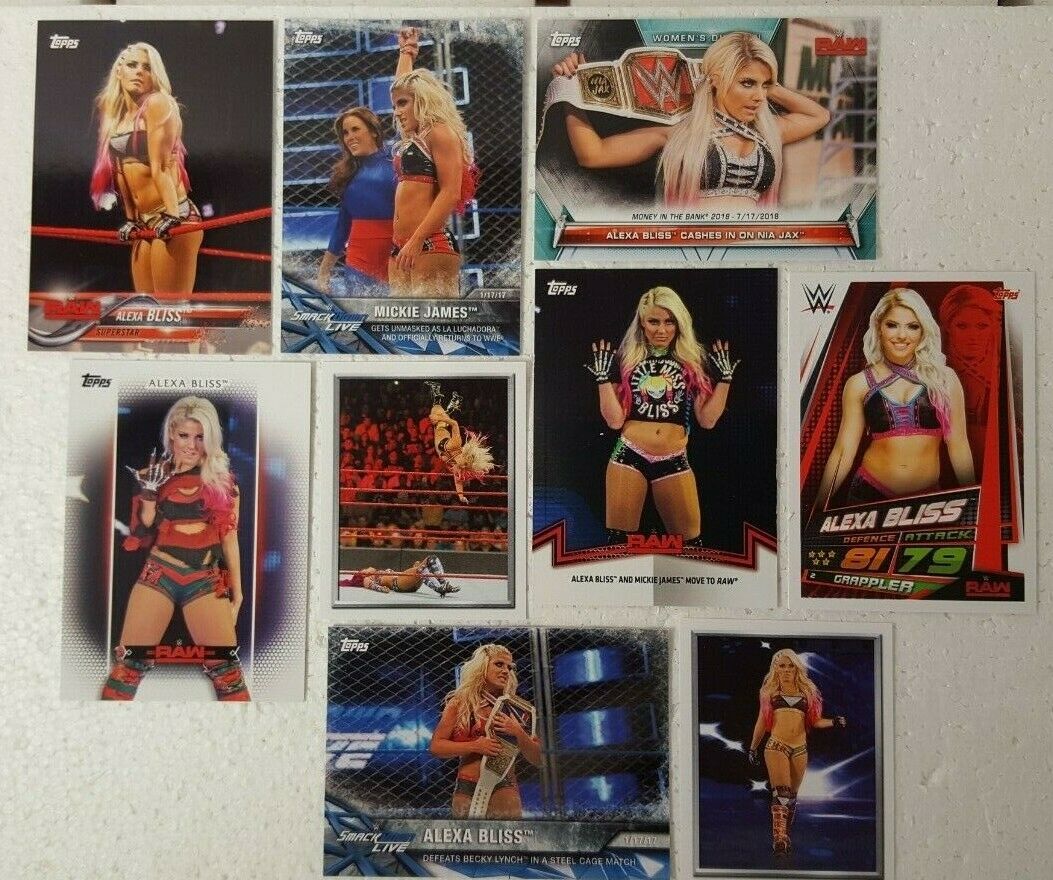 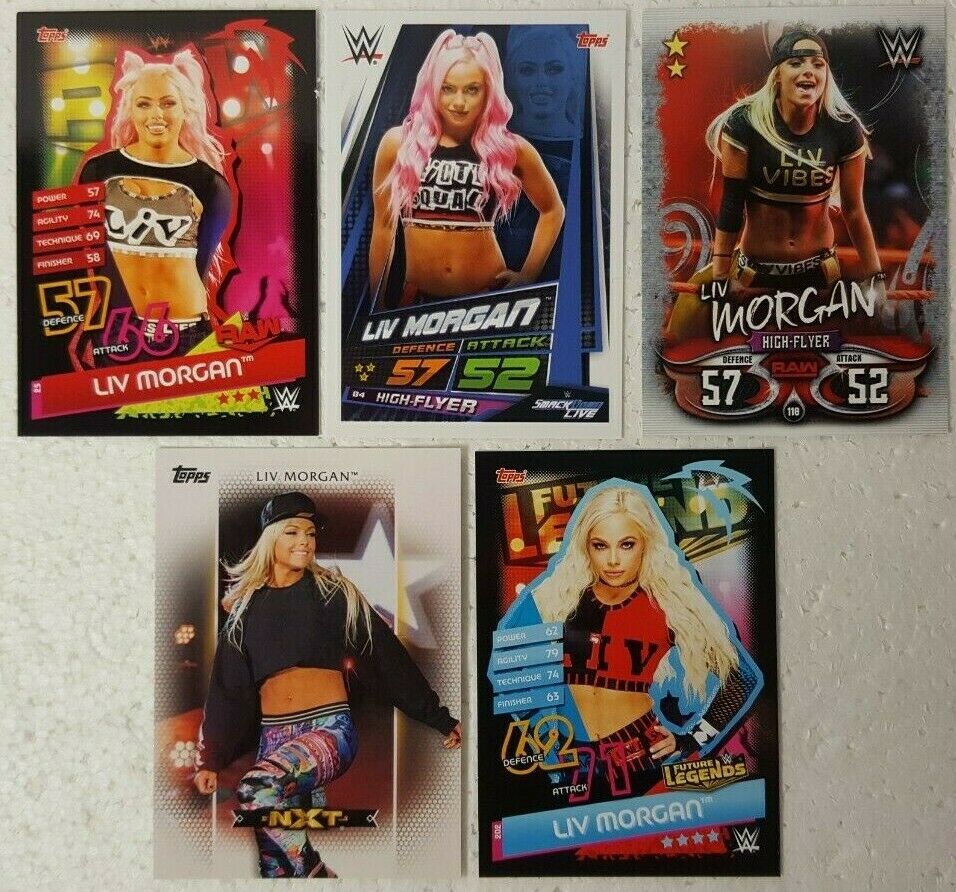 I wanna know how they just randomly decide the wrestlers' stats.
Top