Big Boss Man wrote: ↑
Tue Aug 13, 2019 3:46 am
That is just... torturous. No wonder he's blacked out from the pain. Probably going to amputate because they stuck a 7 inch nail in and caused permanent damage. I mean just WTF? No medical implement they could have used instead?.

Here's a video that explains it. It's not safe for work.

OK Thanks Zoidy. I assume they had to do that if the other method(s) were unsuccessful.
Top

Because school shootings are way too patriarchal.
Top

A man in Scotland has been ordered to perform 75 hours of community service after intentionally passing gas as police officers conducted a body cavity search.

Police responding to a vehicle collision on the Lang Stracht in Aberdeen noticed Stuart Cook, 28, speaking to the driver of another car. After observing a strong marijuana odor emanating from Cook, officers searched him and his vehicle, findind a "small amount of cannabis," according to the Evening Express.

Police handcuffed Cook, who immediately began to scream and act aggressively, He was brought to the police station in Kittybrewster where he was booked and strip-searched. During the procedure, officers claim, Cook passed wind intentionally multiple times.

"Cook... deliberately farted in the direction of the officer three times, stating, 'How do you like that?'" reported prosecutor Lucy Simpson.

His defense attorney, Laura Gracie, downplayed the incident, telling the court Cook "had been smoking a cannabis joint at the time and felt police overreacted in the way they dealt with him. He became increasingly upset with them and acted in the manner libeled."

Cook pled guilty to possession of cannabis and to behaving in a threatening or abusive manner. He was admonished without penalty for the drug charge.

This isn't the first time police have brought charges for breaking wind: In 2008, 34-year-old Jose Cruz was pulled over in West Virginia for driving without his headlights on. Cruz failed multiple field-sobriety tests and was taken to the police station to sleep it off.

While there, a criminal complaint alleged, he deliberately passed gas and made a waving motion towards a police officer in an attempt to distribute the smell toward him.

"The gas was very odorous and created contact of an insulting or provoking nature," the complaint stated, recommending a battery charge be filed. The Kanawha County prosecutor's office ultimately dropped the matter.

Farting can also give suspects away: In July, the Clay County Sheriff's Office in Missouri reported that it was able to find a hiding suspect wanted on drug charges because of his loud farts.

"If you've got a felony warrant for your arrest, the cops are looking for you and you pass gas so loud it gives up your hiding spot, you're definitely having a [poop emoji] day," the department wrote in a Facebook post.

"You have the right to remain silent but deadly."
Top

A Russian man has launched a lawsuit against Apple, claiming an iPhone app turned him gay.

He says this comes after an incident involving GayCoin crypto-currency.

Saying he suffered moral harm, he is asking for one million rubles (£12,000), according to a copy of the complaint seen by the news agency, AFP.

Homosexuality was decriminalised in Russia in 1993, but anti-gay prejudice is still widespread.

In 2013, Russia passed legislation banning the spreading of what it described as gay propaganda.

This officially bans the "promotion of non-traditional lifestyles to minors" but in effect outlaws LGBT activism. A number of campaigners have been attacked and killed in the past year.

In a suit filed on 20 September, it is claimed a crypto-currency called "GayCoin" was delivered via a smartphone app, rather than the Bitcoin he had ordered.

According to the complaint, the GayCoin crypto-currency arrived with a note saying: "Don't judge until you try".

"I thought, in truth, how can I judge something without trying? I decided to try same-sex relationships," the complainant wrote.

"Now I have a boyfriend and I do not know how to explain this to my parents."

He adds that his "life has been changed for the worse" and he "will never become normal again".

Apple "pushed" him "towards homosexuality through manipulation", he claims.

"The changes have caused me moral and mental harm."

Sapizhat Gusnieva says the company "has a responsibility for their programmes" despite the alleged exchange taking place on a third-party app.

The court will hear the complaint on 17 October, according to information on its website.

Apple has not yet responded to Newsbeat's request for comment.

Seems legit... I'd describe all the crypto miners I've ever met as totally fucking gay.

All crypto currency should just be called GayCoin!
Hank Azaria not playing Apu on the Simpsons will make the role as irrelevant as the Simpsons has been as a series since 1999!
Top

“The reasons why women are not supposed to wear glasses... really don't make sense. It's all about gender. It's pretty discriminatory."

If I was forbidden from wearing glasses for being male, THAT WOULD BE GREAT. My work efficiency would go down by half, thus me only having to do half the work, and still getting paid the same...

I don’t see the problem?
Hank Azaria not playing Apu on the Simpsons will make the role as irrelevant as the Simpsons has been as a series since 1999!
Top

Of course not, no one can wear glasses
Top

The woman told a news outlet that she is still suffering from PTSD, months after the attack. 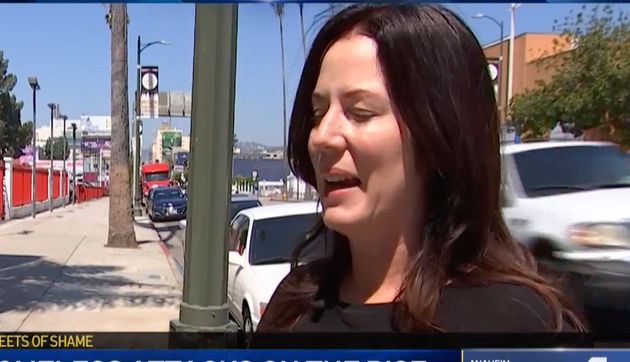 A Los Angeles woman said she has been suffering from PTSD for seven months after a man poured a bucket of hot diarrhea over her head.

Heidi Van Tassel told KNBC TV that she was in her car on Hollywood Boulevard after eating Thai food when a man suddenly dragged her out of her vehicle and into the middle of the street.

The man then dumped a bucket of feces on her head, she told KNBC TV.

“It was diarrhea. Hot liquid. I was soaked, and it was coming off my eyelashes and into my eyes,” Van Tassel said. “Paramedics who came to treat me said there was so much of it on me, that it looked like the man was saving it up for a month.”

After the attack, Van Tassel went to a local hospital to be tested for infectious diseases that are caused by contact with feces. She will return every three months for additional testing, KNBC TV reported.

Van Tassel said the PTSD she’s dealing with “is beyond anything that I’ve ever felt,” but she is also trying to be empathetic to the man accused of attacking her.

The man was charged with battery and taken to jail, KNBC TV reported, citing court records. A judge later sent him to a residential facility for people with mental health issues, the outlet said. He was released in August.

“He doesn’t need jail time. He needs mental health care. I have empathy for him because he needs help,” she said.

There’s a big hole in the story.

How did the man make the whole bucket hot?

If it was one fresh load of runny shit, straight into a bucket then up to 1 minute later pour, fair enough.

But if the shit was saved up, was it left in the sun to heat up? Or some other way of making stored and long cold runny shit “hot”

Think it’s fake news without all the important details.
Hank Azaria not playing Apu on the Simpsons will make the role as irrelevant as the Simpsons has been as a series since 1999!
Top

He must have taken his bucket of cold diarrhea to 7/11, microwaved it, and then dumped it on her soon after.

Or maybe some of his friends also had diarrhea and helped him fill it up right before the attack.