There were many incredible moments at last night’s I Am The Highway: A Tribute to Chris Cornell tribute show at the Forum in Los Angeles, but the one that seemed to really shock the audience the most was Miley Cyrus’ stunning take on the Temple of the Dog classic “Say Hello 2 Heaven.”

Cyrus got a tepid response from the audience when Pearl Jam’s Stone Gossard introduced her, but she quickly won them over when she began tilting her head back and belting out the song with incredible force and passion alongside many of the surviving members of Temple of the Dog.

“Thank you everybody,” she said at the end. “I fucking wanted to sing this song tonight. We love you, Chris. Thank you for bringing us all together like you always have. It’s a fucking honor. This was the fucking best day.” Check out fan-shot video of the performance right here. (Earlier in the night, Cyrus sang Cornell’s 2009 deep cut “Two Drink Minimum.”)

Cyrus was just one of many guest singers that tackled Cornell tunes during the marathon concert which also featured Adam Levine, Foo Fighters, Metallica, Fiona Apple, Ryan Adams, Ziggy Marley, the Melvins and the surviving members of Audioslave, Temple of the Dog and Soundgarden.

“When the idea of a tribute concert for my friend Chris Cornell was presented to me, I was torn,” said Soundgarden drummer Matt Cameron. “I didn’t feel like I had the strength required to pull it off. So I went back to the music. I heard his voice, and I found my strength. … Chris is here with us tonight. He has the best seat in the house.”

RCA, which is now part of Sony, have dropped Kels due to the "Surviving R Kelly" documentary.

That's not surprising since also he hasn't had a hit in 6 years. So it's not like 2002 where he was so popular they weren't going to even think about dropping him until he was convicted. Now there's no upside to keeping him since they're going to have the rights to his back catalog anyway, and that's the only way they're going to make money from him now.
Top

Yea it's not surprising, although I'm sure Sony were well aware of the allegations etc and in theory could have dropped him a long time ago. So it's hypocritical on their part really and it's more so a PR clean up type exercise so Sonys not associated with Kels no more. But like you say, they'll still make money of his back catalog. Which again is hypocritical on their part. Unless the royalties they collect are going to help Women who are the victims of abuse/violence etc. But I don't see that happening.

Will be very, very interesting if Sony does the same to Mike when that HBO/Channel 4 doc drops. Because of the millions MJs back catalog still makes from them, no way will they drop him from the label. Same with Kellz if he was selling tons of records for them he'd still be on Sony.
Top

Jive knew about Aaliyah and didn't care. Missy Elliott has kept quiet but she probably knows some awful things since she was Aaliyah's best friend. The entertainment industry has no morals. If R. Kelly had just done something as big as Chocolate Factory they'd keep him. But he hasn't had a hit since Black Panties, and even that was smaller compared to how huge he was in 2002. But Buffet flopped and the Christmas album peaked at #177 on Billboard. Which is terrible since you can be in the top ten with 15,000 in sales now. So it must have sold 1,000 or less. So somebody who was once the level of superstar he was 1994-2008 should debut in the top 40.

The thing with him was he always put out something great to stop the backlash against him. He put out I Believe I Can Fly after the marriage certificate was shown, Fiesta remix after the first Chicago Sun Times article about his picking up high schoolers, Ignition remix when the sex tape came out, Trapped In The Closet when he was charged. But he's out of ideas now, so this will probably stick.
Top

Yea that's true. There's a rumour going around that it was in fact him asking for his release and it being granted by Sony, but I don't know how true and accurate that is. If Kellz was still selling records Sony wouldn't bat an eyelid. Even now they'll like put out a Greatest Hits to capitalise in the publicity.

Another factor is that he writes for other artists so will all these artists drop those songs from their albums too on Spotify/Amazon/Apple etc, again I doubt it. I can see Kellz either going overseas doing shows or going the gospel route.

He really needs to address this whole situation. I don't know if these ladies are bringing charges against him, because if they aren't and are telling their stories on TV then that doesn't make sense.
Top

He may have asked because they let it be known they would not release his new material until this blows over (which it may not.) But no other major label will take him.
Top

Yea that's true. Kellz could just release his music independently. Plus the real money now is with touring, sponsorship, merch etc for the majority of artists.
Top

The problem is he won't get sponsors and his shows are being shut down now. So he will probably just have income coming in from royalties on the old stuff from radio and streaming/iTunes. So it will be rough for him unless this blows over again and he can go on tour uninterrupted.
Top

Yea I was talking in general that most artists are making more today through other avenues instead of just record sales/royalties.
Top

Yea Willie talks about the IRS tapes in his autobiography. 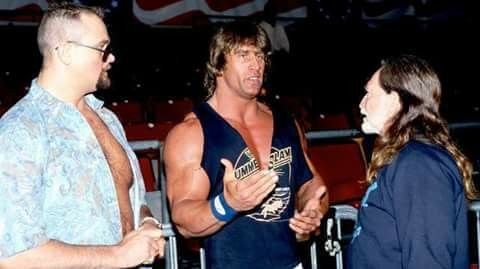 A new Marvin Gaye album is coming out on March 29th titled "You're the Man". This was going to follow on a similar theme to "What's Goin' On". Quite a few of these of these tracks are familiar but some are alternative versions

It'll be only a digital and vinyl release, no CD interestingly.
Top 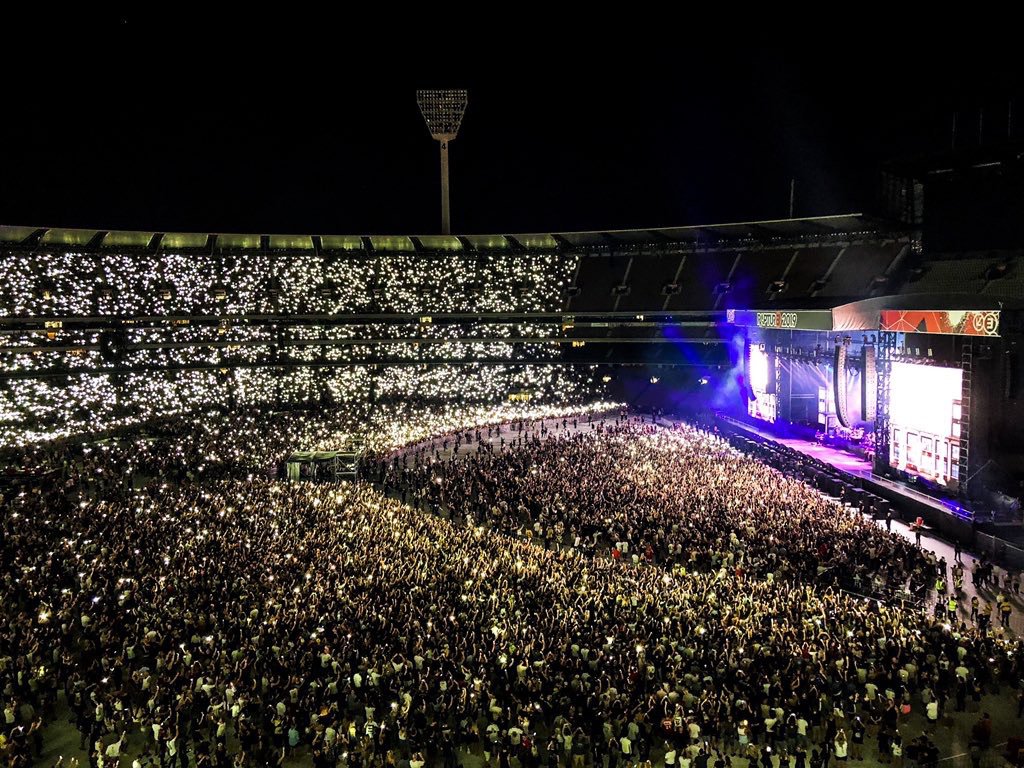 The average ticket price was AUD$140 so he made some nice money from it.
Top

We know the phrase gets thrown around a lot, but this time we really mean it: Stop! Hammer time!

MC Hammer, the Oakland-born rapper whose hits like “U Can’t Touch This” and “2 Legit 2 Quit” defined the sound of pop and R&B radio in the late 1980s and early 1990s — and just about every wedding reception since — announced details Wednesday, Feb. 27, for his all-star Hammer’s House Party tour.

Tickets for the tour, which kicks off April 6 in Tallahassee, Fla., went on sale Friday, March 1. So far, it includes only one Northern California date, June 7 at Mountain Winery in Saratoga.

In 2011, he became the first rapper immortalized with a Major League Baseball-sponsored bobblehead from the Oakland A’s — the team for which he served as a bat boy and clubhouse assistant at age 11.

At the peak of his popularity, Hammer was bringing in an estimated $33 million annually, which he blew through in spectacular fashion: He kept a staff of 200 people; opened a horse stable for his thoroughbreds in Oakland; and bought and rebuilt a sprawling 40,000-square-foot estate in the Oakland hills that included two swimming pools, a movie theater, recording studio, 17-car garage and baseball diamond, before filing for bankruptcy in 1996.

While Hammer’s music career waned after his initial string of hits, he has continued to release albums and make select live appearances, including performing for thousands of Bay Area middle school students at the Hardly Strictly Bluegrass Festival for several years.