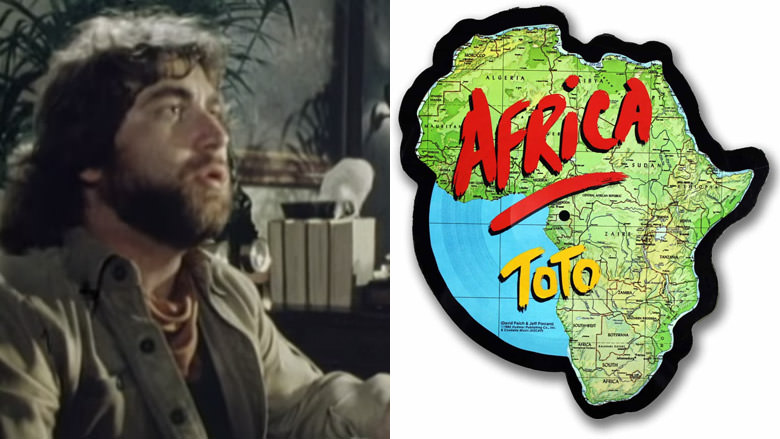 A music venue in Bristol will play Toto’s smash hit 1982 song ‘Africa’ on loop for 12 hours straight this autumn to raise money for charity.

Taking place at The Exchange in Bristol on Friday 30th November, the fundraiser will see DJ Michael Savage play the song on vinyl solidly from the hours of 11pm until 11am the following morning.

As if the non-stop ‘Africa’ musical marathon wasn’t enough, the adjoining bar will also be pumping out remixes and cover versions of the ubiquitous anthem all night long.

The event is raising money for Bristol-based charity Temwa, which helps impoverished rural communities in rural areas of Malawi. The organisation’s mission is to ‘develop self-sufficient communities by supporting projects in education, health, agriculture and forestry, and microfinance.’

Michael Savage commented on the event's Facebook official page: "What started out as a really stupid idea from a stupid drunken night out has become a stupid reality.

“On Friday November the 30th at The Exchange in Bristol I'll be playing Toto's "Africa" back to back on vinyl in the main room FOR TWELVE HOURS STRAIGHT for charity.

“In the bar area we'll be playing cover versions and remixes of "Africa" non-stop. I apologise in advance to the bar staff, I’ll bring you earplugs I promise.”

Alerted to the event on Twitter, Toto’s Steve Lukather joked: “This could be worse than waterboarding!! I mean WTF is going on with this tune? I mean it’s been GREAT for us in many ways but we recorded this as a deep cut track in 1981. NO idea what it would become! (pun intended) You think YOU are sick of it? But… it's a gift now.”

Funds will be raised from the £5 entrance fee, plus there’s an option to pay a voluntary amount NOT to attend the 12-hour session.

Additionally, attendees can create a fundraising page right here and be sponsored for how long they can last at the listening session. Everyone will be stamped in and out to prove the length of time they managed to stomach.

Currently set to last 12 hours - up from the initial five hours advertised - Mr Savage told the BBC the ‘Africa’ marathon could be extended further.

“I’m pushing for longer,” he explained. "I'd like to set a new world record. I don't think there is one for this as far as I can tell but that's the plan."

Re: Music venue to play Toto's 'Africa' on loop for 12 hours straight

I don’t think I could do 12 hours of Africa...
If a competing charity were to do 12 hours straight of Rosanna or hold the line sign me up!!

In fact, me and some friends used to listen to Rosanna on a loop for 6,7+ hours while we got smashed and played Mariokart
Hank Azaria not playing Apu on the Simpsons will make the role as irrelevant as the Simpsons has been as a series since 1999!
Top
Post Reply
2 posts • Page 1 of 1