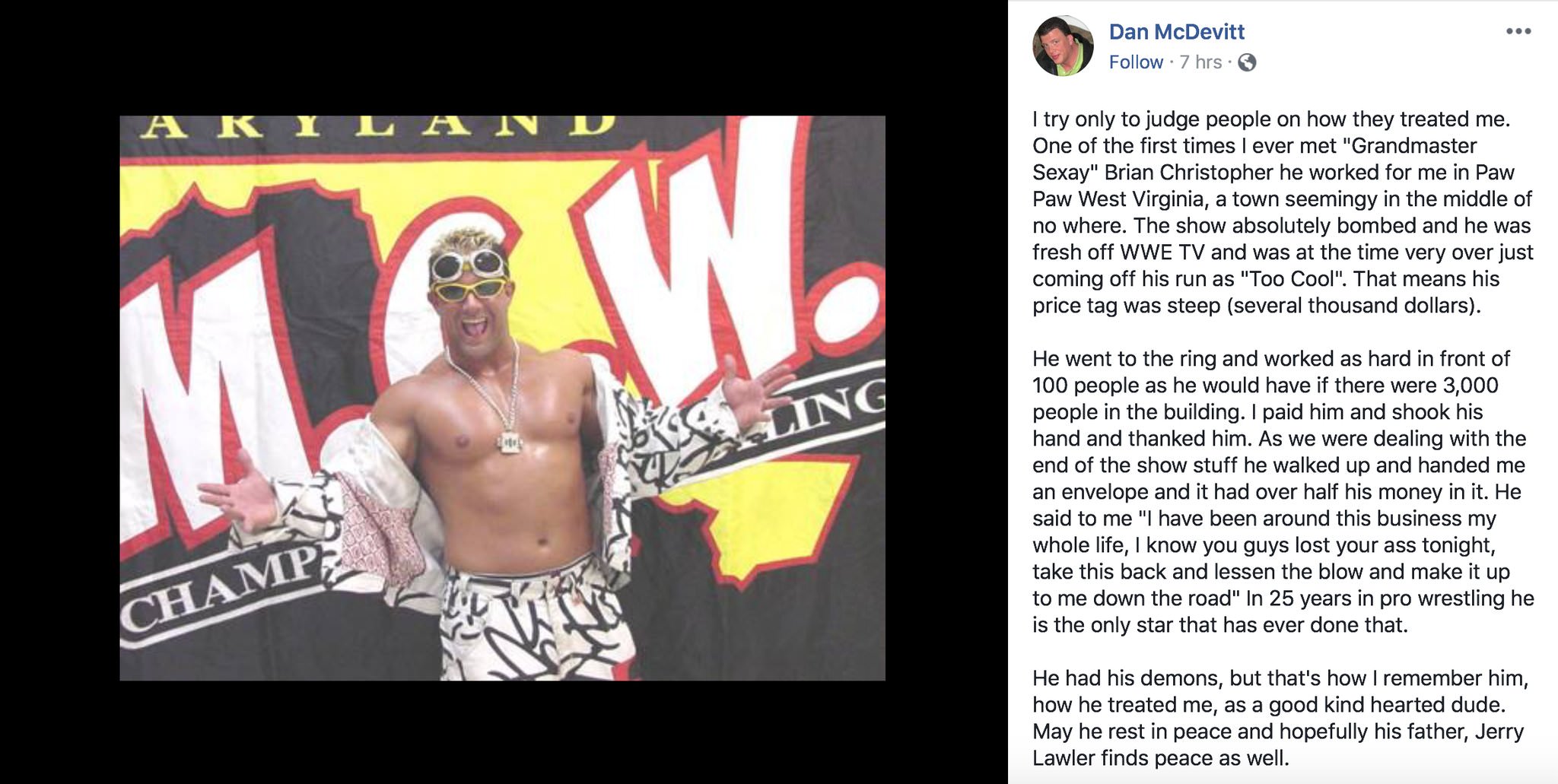 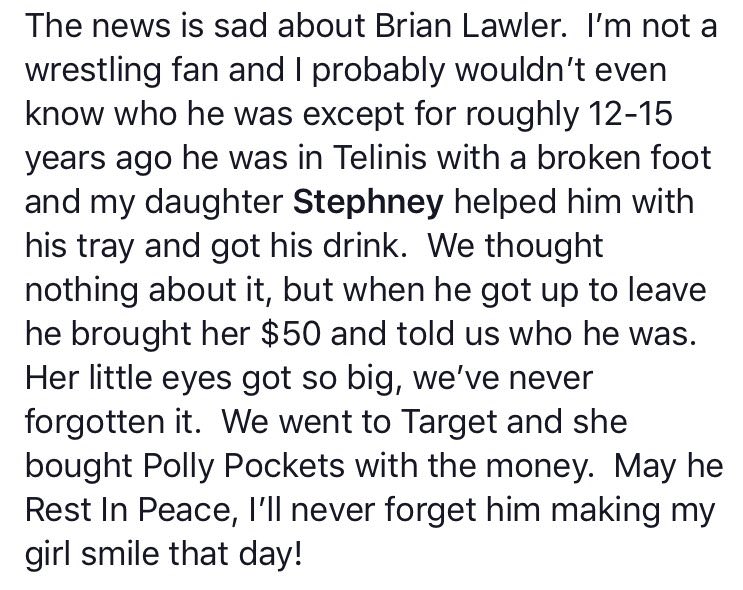 Lance Storm's "tribute" makes little logical sense and comes across as heartless. You didn't know him, OK... so why even comment??.

Here's Lance's reason for it:

He could just say RIP/condolences and ignore the questions.
Top

Yea he could, would have been more respectful.
Top

For some, respect is an optional extra.
Top

It's a bad year for wrestlers.

Jim "The Anvil" Neidhart, best known as a member of the Hart Foundation and Hart Family, who was the longtime tag team partner of Bret Hart, passed away early this morning in Tampa at the age of 63.

According to Ross Hart, his brother-in-law, the death was due to a grand mal seizure related to the Alzheimer's Disease that Neidhart had been suffering from for some time.

Neidhart was a powerhouse, about 280 pounds with a huge chest and shoulders, who was one of the strongest men in the world in the late 70s, as one of the best shot putters in the United States and an Olympic hopeful.

He set the California state high school record in the shot put in 1973 and continued in college, placing highly in national meets. After failing to make the Oakland Raiders and Dallas Cowboys after college, he ended up in Calgary, where he started a pro wrestling career.

He married Elizabeth "Ellie" Hart, one of Stu Hart's daughters, and became a regular on the Stampede circuit as one of its biggest stars. He ventured to a number of other territories over the years, most notably New Japan, Florida, Georgia and Mid South, where he formed a tag team with Butch Reed.

When Vince McMahon purchased Stampede Wrestling in late 1984, which was to close it down and get its valuable television network that covered all of Western Canada, one of Stu Hart's provisos was that his top stars, Bret Hart, Dynamite Kid, Davey Boy Smith, and Neidhart all got jobs.

At first they weren't pushed, but The Hart Foundation and British Bulldogs became the stars of the tag team division. Bret Hart suggested forming the tag team and they won the WWF Tag Team titles from the Bulldogs at a time when Dynamite Kid was so badly injured that he literally had to be carried to the ring to drop the titles in the ring. They were managed by Jimmy Hart and were often affiliated with former heel referee Danny Davis.

They had a second run as tag team champions, beating Demolition at the 1990 SummerSlam.

The Hart Foundation were considered one of the best tag teams of the era. Neidhart, with the more outgoing personality, was the original star and powerhouse of the team. Neidhart was the power man and Bret Hart was the technical wrestler who carried the action inside the ring. While best remembered as heels, they were also strong as babyfaces and it was this period where, in time, people began to notice what a strong performer Bret Hart was.

When Bret Hart became a singles star after the team broke up, Neidhart's career struggled. At one time he teamed with Owen Hart as The New Foundation, and also worked for New Japan, competing in the 1992 G1 Climax, and had a number of WWF returns. His full-time major league career ended in WCW, but he continued to work independents for more than a decade until his Alzheimer's issues surfaced.


Today he's best known as the father of Natalya, and appeared on several episodes of Total Divas.

Another daughter, Jennifer, was years ago the girlfriend of Mauro Ranallo. Ranallo noted that Jim Neidhart had always shown him nothing but love during that period.

He had a number of legal issues late in his life and substance abuse issues that led to rehab. He had divorced Elizabeth but they later remarried.

Yea it really sucks Bret is the last one left. Very sad news about The Anvil. Was always a big Hart Foundation fan. Jim was really affective as the muscle in the team and was a solid tag wrestler. I feel sorry for Bret and of course Nattie, Ellie and the family. RIP Jim

Chyna sending condolences is a bit weird. They need to change that account name.
Top

I loved the Hart Foundation. One of my first big mark out moments was when they won the tag titles against Demolition at one of the Wrestlemanias, 89 or 90.
Top

The tag division was the best thing about WWF in those days. Them, Brain Busters, Rockers, Demolition, Twin Towers, Fabulous Rougeaus, etc.

It was a great division.

And that Harts/Demos match was at Summmerslam 90.
Top
Post Reply
234 posts