Stopping for the blood hurt the Joe/Balor match.
Top

I can't believe blood stoppage is a thing still.
Top

Can't blame him. Why risk paralysis just to do another job? (CC: Kurt Angle)

I think this was the best HOF since 2004 when Heenan had the best speech ever.
Top

The hate Roman gets at Mania will be big, but on Raw it will be insane.

Can't lie - got a lil' misty eyed for Sting.
Top

Just about to start downloading WM, it's about 4GB for the SD version! How long did this thing go for?
Top

I watched it with Criff. Pre-show started at 8AM ADL time. PPV started at 8:30AM. Show went until sometime after 1PM. So it was about 4.5 hours or so, maybe a bit longer.
Top

So a bit longer than usual.
Top

I'm watching Wrestlemania's repeat since I was gone during the initial showing. Here's some thoughts on the matches and segments.

If there was shit beforehand I missed it.

Goddamn that is a lot of people.

That belt looks like it's way too high up. Funaki doing color commentary warms my heart. Swank blue thunder bomb by OLE OLE OLE~ Hot damn, OLE OLE OLE~ is getting over like a mo here. Ok that ladder topple into a flippy move by Sin Cara was pretty awesome. Ok that double superkick spot looked ghei. They appear to be building some major spotfu with those ladders. Yep I wuz right. Yep I wuz right again. That was contrived as a mo. TEQUILA SUNRISE ON THE GOD DAMN LADDER~~~~~~~~~~~~~~~~~~ I fucking came. And I'll be god damned, I was not expecting that winner. OLE OLE OLE~ being awesome plus Ryder finally getting the rub plus the god damn tequila sunrise on the ladder equals LUV from me even tho there were some awkward spots. I'm in a good mood, so I'll go ***1/2

From TNA to wrestling in front of like a billion people at Wrestlemania and knowing he'll actually get paid what he's worth - Good job AJ! Lots of choreography to start. This match is boring me so let's find the two matches I give a shit about - Dean/Lesnar and Taker/Shane, and maybe we'll try watching HHH/Reigns.

I like that video package to promote the match and Brock has a streak of amazing matches so let's see what happens here. Wonder if we'll have FAKE BLUUD here. Holy hell Ambrose is getting murdered. Byron Saxton is annoying. Brock breaking the stick and going with a suplex was cool. I'm feeling this so far. HE HAZ A CHAINSAW~~~~ Wait nevermind. That suplex on the floor was ouchie. Brock's back does not look good. This is pretty damn good so far. Wish they would have allowed head chairshots for this match as that chairfu was awkward looking. Ref with the OBVIOUS TIME ALL. I liked that nearfall with the ddt on the chair. Barbed wire baseball bat on WWE TV well there won't be a usage of that here. OWW another suplex on the chairs that hurt. F5 on the chairs. An extended squash but some brutal shots, but the whole WWE PG thing hurt the match. **1/2

This will be a clusterfuck either of epic proportions of extremely sad proportions. I'll write up thoughts after it ends. Here we go....
Better than it had any right to be. Nothing was blown, Shane died, Taker worked his ass off like the ring general he is. As a spectacle of drama, it was superb. ****

And then I tried to watch HHH/Reigns but after about the third hour of nothing I said fuck this. HHH's entrance was hilarious tho.
Top

Holy shit that show was looooooooooooooong. It was decent though. Massive crowd.

The IC Ladder Match was great, and while I'm not a big Zack Ryder fan it was nice to see him win. That spot with Sin Cara and Stardust was nasty looking.

AJ/Styles was OK. Hopefully this feud is over but it might go for one more PPV so AJ can get his win back.

The tag match was meh. The legends coming out was alright.

Brock/Deano: This was the point I started to get distracted and only half watched it.

The women's match was very good. Surprised Charlotte retained but glad she did. Sasha could win it at Raw though.

UT/Shane: Started off slow but built up nicely. You knew the cage leap was coming eventually but bloody hell it was nuts. Shane looked quite old by the end of the match.

Battle Royal: The funny thing about this was Tatanka coming out with the pack of jobbers and nobody realizing he was in it until half way through. Shaq and DDP being in was cool but I was hoping Kurt Angle would be there.

Didn't really care for The Rock stuff. Cena got a nice pop with a lot less boos than usual.

HHH's entrance with Stef was some wacky shit. And speaking of boos, Roman came out to boos but then suddenly they dropped like they were muted. Funny that. He did get less booed at the end but that might have been because the show went so long and fans had gone hoarse. An OK match.

WM is one of those shows that no matter how underwhelming the card might be it always ends up being an enjoyable event.
Top

It was a good show, but felt more like a really good Summerslam than Mania. Nothing was special outside of the Shane bump. I'd liken it to WM 23, where it was a good wrestling show but nothing was a highlight of the year.
Top

Raw was a mixed bag. Charlotte choked a bit. Enzo was great. The main event was good.

Even skipped the filler bits in mania it took an age to watch, best 2 mach's were probably :
BROCK LESNAR vs DEAN AMBROSE - STREET FIGHT
Good fun but that bloody PG rating ruined it a bit, the constant "Come at me" was nice to watch though, even though it was done on a regular show as well

UNDERTAKER/SHANE - HITC
Again entertaining enough but that damn rating let it down again, so much potential for lashings of crimson, thak god TNA aint scared of blood

HHH/Reigns
yeah thats a good idea Steph, insult the fans, you know the guys that put money in your pocket (ok so the familys meant to be laded but you get my pont) at least when she got speared it was a little amusing considering all that crap she said at the start, a decent enough match really but not the big spectacle they wanted maybe
Top

According to The New York Post, there is “a strong rumor” that media tycoon John de Mol, whose net worth is estimated to be $2.2 billion, is interested in buying WWE if Vince McMahon ever decided to sell.

Mol’s company, Talpa Beheer, acquired a 6% stake in WWE last year, and a spokesperson for Talpa Beheer declined to comment to The Post. WWE, however, issued the following statement:

“WWE, controlled by founder and Chief Executive Officer Vince McMahon through Class B shares, isn’t in any discussions about a potential sale.”

-- WWE 2016 Hall of Fame inductee Sting spoke with Jonathan Coachman of ESPN following his Hall of Fame induction, during which Sting announced his pro wrestling retirement. You can watch the full interview in the video player below, and the following are some highlights:

Sting on having to announce his retirement despite wanting one more match:

“It was a difficult moment for me, because you have the crowd chanting ‘One more match’ and I wanted that one more match. It is time, for several different reasons, but it was hard to do after 30 years.”

Sting on the injury he suffered during his 2015 Night of Champions match against Seth Rollins:

“At Night of Champions against Seth Rollins, there was like a whiplash that happened twice in the match. The first one was shock and numbness down the fingers, and I’ve had that before, but this was pretty severe. The second time it happened I lost control of my legs. Long story short, I have spinal cervical stenosis in two areas of my neck.”

As noted, this week’s RAW also brought in 4.094 million viewers, which is up from last week’s 3.764 million, and ranked fourth overall on cable in viewership.
Top

RF had a good seat at Mania. 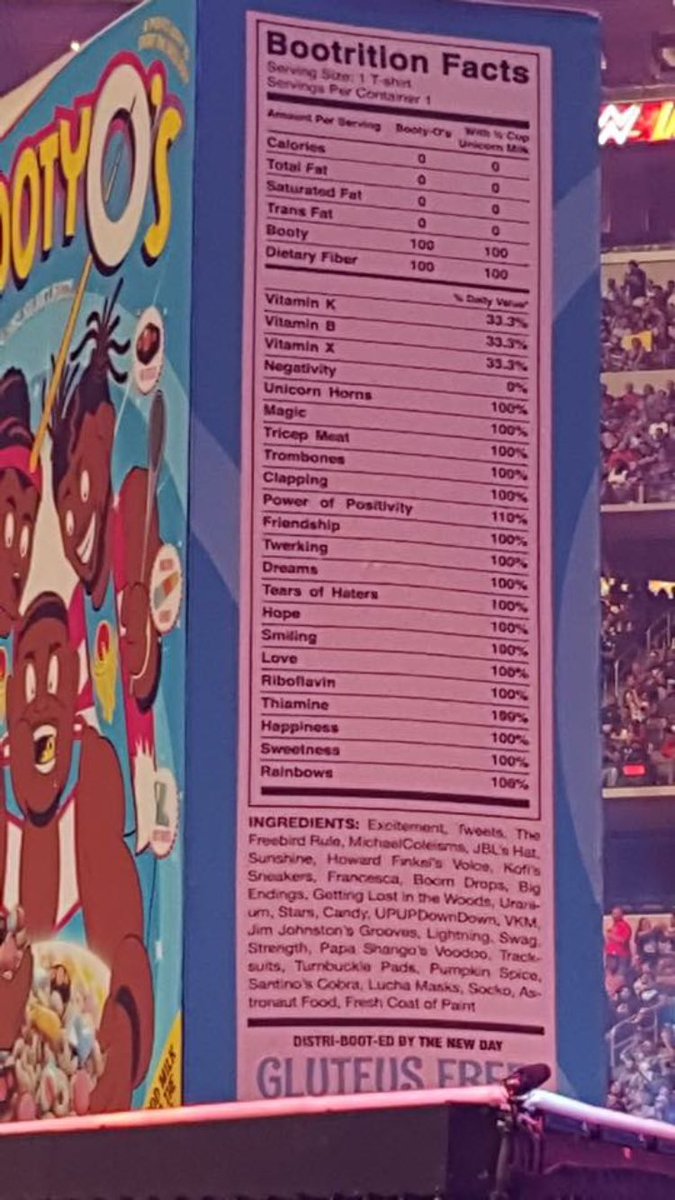