-- According to live reports, Ric Flair made a bit of an off-color remark during a promo at tonight’s WWE Smackdown tapings in Manchester, New Hampshire.

Flair was in the ring with Charlotte, Natalya and Dean Ambrose for the Ambrose Asylum, when Natalya said Bret Hart would take care of Flair at Payback if necessary. Flair then cut a promo and got fired up, talking about how’s he beaten Bret all around the world, then ended by saying “kill yourself” to Nattie.

According to a few fans on social media, Flair’s comments weren’t really taken as being malicious, and were in context so he likely just slipped up. The Wrestling War Room podcast posted the following detailed explanation on their social media accounts as to what occurred:

-- Monday night was bad news ratings-wise for WWE as not only did RAW decline six percent from last week's seasonal modern record low, but the 3.12 million viewers the company garnered for the 4/25 edition of the show were marginally better overall than two fall episodes that suffered due to NFL programming.

The drop showed that it was the pattern that is the key issue and not because last week's show was taped. Daylight Savings Time also isn't an excuse as it was the first hour that was the most viewed with a decline throughout the show's final two hours. (The really bad number, based on patterns, was hour two.)

Even so, it was a bad night for cable as Raw was the only show to top 3 million viewers (that includes two NBA playoff games on TNT). The game going against RAW did 2.54 million viewers and the late game that started at 10:46 p.m. did 2.97 million viewers.

ABC's Dancing With The Stars, featuring UFC's Paige VanZant, did 11.75 million viewers -- the most watched show on television.

-- There are multiple reports coming out of Boston’s Logan Airport that WWE Hall of Famer Ric Flair was acting erratic and was not allowed to board his flight.

The news comes after Flair told Natalya, “Kill yourself” during a heated promo at last night’s SmackDown tapings. 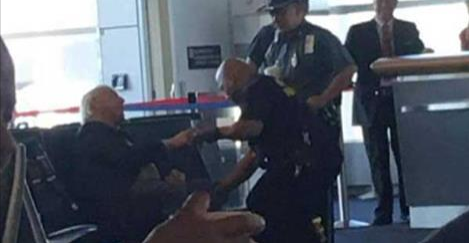 Cleveland police issued a warrant on Tuesday for the arrest of 29-year-old Donald Nemeth, brother of WWE's Dolph Ziggler, whose real name is Nicholas Nemeth. (Public records show the same Cleveland address for both men in years past; that same address is referenced on the Cleveland Municipal Court docket for this case. We were told — and various social media posts, including from Dolph's brother Ryan, say — Donald is Dolph's brother.)

Donald Nemeth is charged with aggravated murder in connection with the shooting death of 34-year-old Joshua Mascol on January 23 at the University Hotel and Suites.

Authorities had released pictures of the suspects back in February as weeks went by with no arrests. It wasn't until this week that traction had gathered enough for a warrant.

Police now say Nemeth attempted to rob Mascol before shooting him. Not much is publicly known about Mascol other than that he was a Marine vet.

Nemeth wasn't in custody as of Wednesday.

Anyone with information on his whereabouts is asked to call Cleveland homicide detectives at 216-623-5464.

-- WWE Payback started in a decidedly worrying manner last night, as Enzo Amore suffered what appeared to be an extremely serious injury in the opening bout of the main show.

Something went wrong as Simon Gotch of the Vaudevillains went to throw Amore to the outside, Enzo's head hitting the ropes as no head should.

The match was called off and Enzo was stretchered off, oxygen mask in tow. It didn't look good at all, and as Kevin Owens came out for the next match against Sami Zayn even KO was visibly ruffled. Owens and Amore (along with Big Cass) have long been riding partners and the former Steen's thoughts were surely with his injured friend.

As the WWE Universe held out for more information, none other than KO came to the rescue, visiting Amore in hospital and tweeting a photo of Amore and Big Cass, with the Michael Jordan of Jargon looking well.

Reports coming out suggest that Amore has suffered a serious concussion, but all other tests have come back negative and he is having no problems moving his extremities. Here's hoping Enzo Amore can make a speedy recovery. 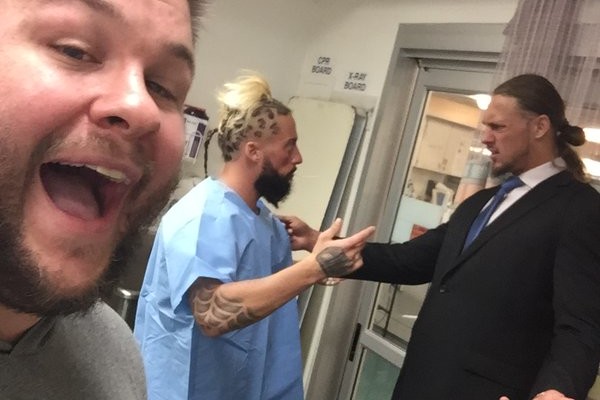 Yea I heard about that, smh. Good to see Enzo is OK heard he got legit KOd and had to be carried out and he's got a concussion.
Top

The good thing for Enzo is the money is in him talking, so even if they don't let him back for a long time he'll still be an asset.
Top

-- According to PWInsider.com, WWE star Ryback was pulled from TV indefinitely and sent home from Raw tonight following what was said to be a contract dispute between The Big Guy and WWE. The report added one source claimed Ryback himself asked to be taken off WWE TV.

Ryback’s current WWE contract is said to be expiring sometime this summer, and the two sides have not been able to come to terms on a new deal. Ryback last competed at WWE Payback and lost a U.S. Title match to Kalisto.

-- Vince has reportedly been frustrated with the development of recent call-ups on the main roster. While there has been past reports that Vince had second thoughts regarding the Vaudevillians being called up to the main roster, the word is that Vince thinks the gimmick is “stupid” and does not make sense. Vince is also reportedly undecided on Apollo Crews and while Crews is impressing officials in the ring there is talk his personality is not getting over with company officials. While Vince likes Enzo Amore & Big Cass, he is not exactly sure what their gimmicks are supposed to be but is more impressed with Big Cass.
Top

-- WWE is repackaging Darren Young, and WWE Hall of Famer Bob Backlund is back on television.

WWE taped a backstage segment with the two stars at Tuesday’s SmackDown TV tapings in Kansas City, MO at the Sprint Center.

In the backstage segment, Young asked if Backlund would be his life coach and Backlund agreed to do so. Backlund vowed to “Make Darren Great Again.”

Backlund has not been on WWE TV since April of 2014. The segment will air on this week’s episode of SmackDown on the USA Network.

WWE has come to terms on the release of WWE Superstars Hornswoggle, Alex Riley and Zeb Colter as of today, Friday, May 6, 2016. WWE wishes them the best in all of their future endeavors.

Only 90 days until Hornwoggle is beating off in a trashcan in TNA!

And it looks like RF was right about the releases coming today, even if he removed his FB post.
Top

Cameron and El torito have also been released. Summer was posted by a fake Joey Styles account so shes still there at present time. I wonder if today's releases will beat the record when they released tons of people a few years back.
Top

Santino has been released. I didn't even know he was still there.
Top

Wade Barrett is released, which is what he wanted.
Top
Post Reply
3486 posts