Another good episode of Dynamite. The opening match was great.
Top

It was an unpredictable show in a good way which is exactly what they need. Although "The Elite loses" is getting predictable. I know the Bucks wanted to give Private Party the rub, but I think they're losing too much. It's good they aren't five Hogans all wanting to go over, but the people are tuning in to root for them.

And Jericho's promo made everyone in WWE look so awful. It's sad working with the crowd looks so foreign, but such is the canned overly rehearsed world WWE gave us. Jericho is in the zone right now.
Top

It's going to be awkward when Adam Cole is out in public with her from people who don't know she's a wrestler.
Top

Another really enjoyable show. I do agree they need to be careful with how they book The Elite. But if they were putting themselves over all the time then they'd be just seen as TNA 2.0 when Double J was NWA champion. Since they are EVPs I think that might be the rationale behind their booking philosophy also. Because it would be too much on their plate. Also it puts the Bucks in chase mode, same with Kenny and Cody. Although I think it makes sense he goes over at Full Gear since he's arguably the most over on the roster.

Hangman I think would be best utilised right now in the tag division with Dustin. I think it was either Tony and/or Excalibur who referenced him being like Barry Windham. Until he builds momentum til he's seen more so as Magnum TA then that's a good role for him. They don't want him to be their Roman where fans boo and resent his push.

Orange Cassidy is way over too so a mid card title could be worthwhile and it gives guys like him, Joey J etc a belt to chase. Darby I think is a sleeper and I think they have plans for him to be a top guy. He's getting the push in theory Hangman should have. But at least they're listening to the fans and not forcing wrestlers on the fans like WWE does.

Speaking of which watching the AEW and main roster WWE is like a night and day difference. The WWE product comes across as so robotic whilst AEW seems much more organic. The Inner Citcle promo was actually very good but you could imagine how scripted and monotonic a WWEized version would be in comparison.

Match of the night was definitely Bucks/Private Party. Again the 1hr 40+ minutes flew by and it felt again like a PPV quality card. So another two big thumbs up for AEDub.
Top


Going up against the end of Major League Baseball's NLDS, AEW Dynamite dropped 28 percent in total viewers and 32 percent in the 18-49 demo last night, averaging 1,018,000 viewers and a 0.46 rating in that key demo.

Baseball dominated the night in the cable ratings with the Cardinals and Braves averaging 3.325 million viewers in the early game and the Dodgers and Nationals doing 5.856 million viewers.

AEW finished eighth for the night in the 18-49 demo, while NXT dropped all the way to 27th. AEW did not rank in the top 25 on cable in terms of total viewers.

The strongest demo for AEW was males 18-49, where they scored a 0.66 rating, fifth for the night on cable.

Losing the LA and DC/Baltimore regions definitely hurt both, but maybe AEW more since they may have more real sports fans. Atlanta and St. Louis are also big wrestling markets, especially Atlanta for AEW.
Top

A big drop for Allin/Havoc, which isn't that much of surprise due to them being lesser known to the average viewer.
Top

Yea the two game 5s they were up against effected their ratings, especially as they are wrestling markets like you've said. The 18-49 male demographic is still strong and I think it's just a blip and should be back up to around 1.2/3 next week. I don't know if they have certain ratings benchmarks to hit but 1m+ viewers today is still a good number considering all the other entertainment options out there than there was back in 97/98.

The fans tuning out during the Darby match is an interesting factor considering he's in the title match next week with Chris Jericho so ratings wise that might effect them. They need to push him more marketing wise. Same with Jimmy and Joey because I think the 18-34 demo would be more into these types of characters.
Top

Hey imagine that, an entertaining wrestling show that wasn't overly choreographed or scripted to death was miles better and did more to build talent and business than a whole shitload of Raws. And they didn't need a bus full of writers to do it. Amazing!
Top

This Philadelphia crowd is great. And somebody has a giant picture of Ted Turner.
Top 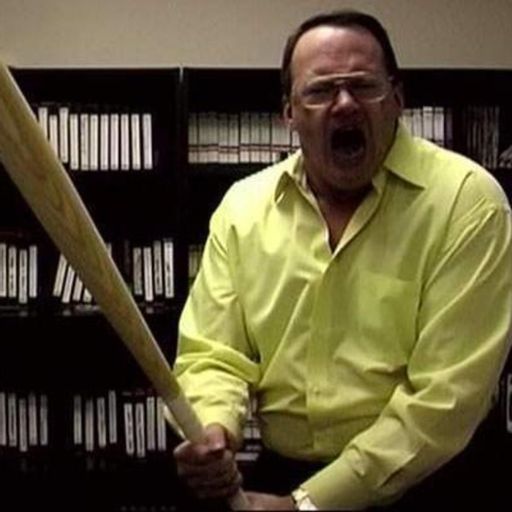 Yea that's a good analogy they've made. With AEW it feels like it's actually catered for you as a fan. Time flies by when you watch it because it's action packed bell to bell. No stupid skits, boring 20 minute plus monologues each week, nothing that insults your intelligence and makes you wonder why you waste your time watching it. AEW is just a superior product across the board. So far I'd say it has even slightly surpassed expectations as they've gone on. In a year or twos time I think they'll really be firing on all cylinders. If they catch on with a hot angle which draws in the mainstream audience then we might even see a new boom period. As it puts WWE in a position where they'd have to up their game to compete.
Top