All Elite Wrestling Thread (It's Wednesday...you know what that means.)

Kenny was hilarious on this one. As was Luchasaurus.
Top

Yea it was a fun episode this week.

From a NYC subway advertisement 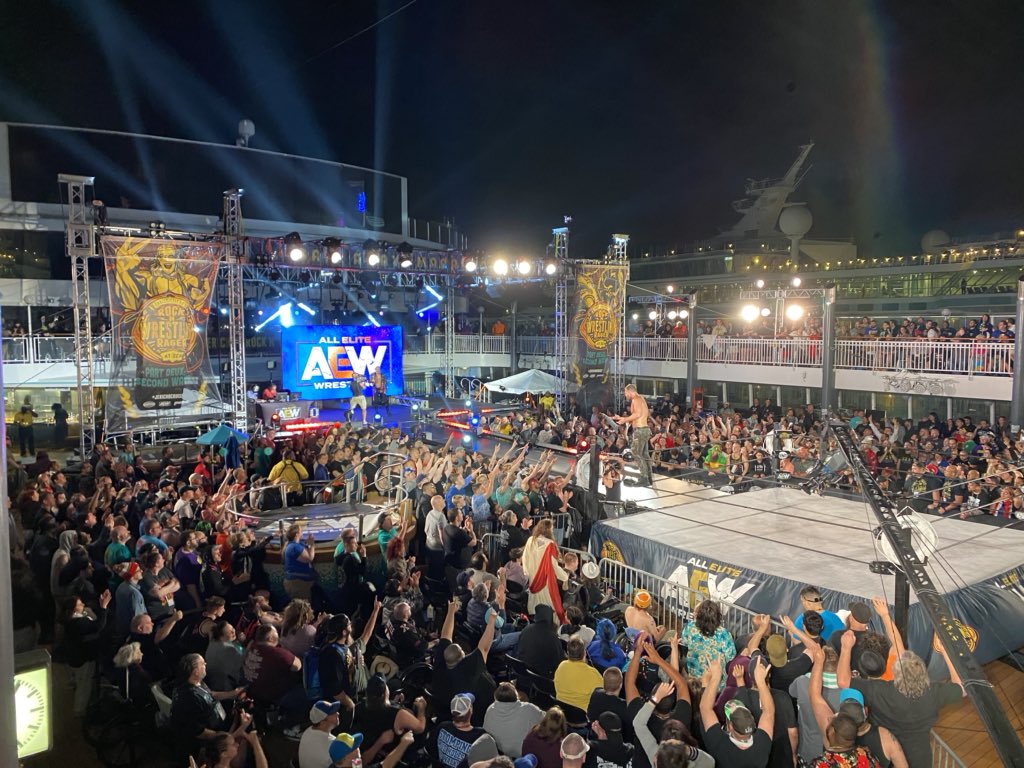 A guy dressed as Jesus on the AEW Cruise taping.
Top

He is a star, he learned so much last year.
Top

I am officially a Diamante fan. That exchange started off lame and just built incredibly well, like a work of art. That was just great.
Top

A guy dressed as Jesus on the AEW Cruise taping.

It looks like WCW Nitro Spring Break. On a smaller scale.
Top

ITV Box Office which aired the PPVs has ceased operations. Whether this affects Dynamite on ITV4 I'm not sure.
Top

I was just going to ask you about that. What is the TV situation like in the UK as far as their ratings go?
Top

They were doing good, especially the first few weeks. But AEW didn't make the top 50 shows on ITV here:

BARB would have the most accurate information but that's more for TV industry/advertisers usage & is behind a paywall. Whether it's to believed or not ITV have apparently now adopted a lackadaisical approach to AEW and haven't put it up on time on their VOD service ITV Hub. I read that somebody asked ITV and said it wasn't among the top 20 viewed shows and isn't likely to be renewed by ITV.

But that is just one person saying this and ITV haven't confirmed the status of AEW. If they do happen to not renew though, Sky Sports lost the WWE TV rights and they do have a PPV provider so that's a viable option for them. If I'm correct Sky does own a percentage of ITV so it maybe the case of PPVs on Sky Box Office and Dynamite stays on ITV.
Top