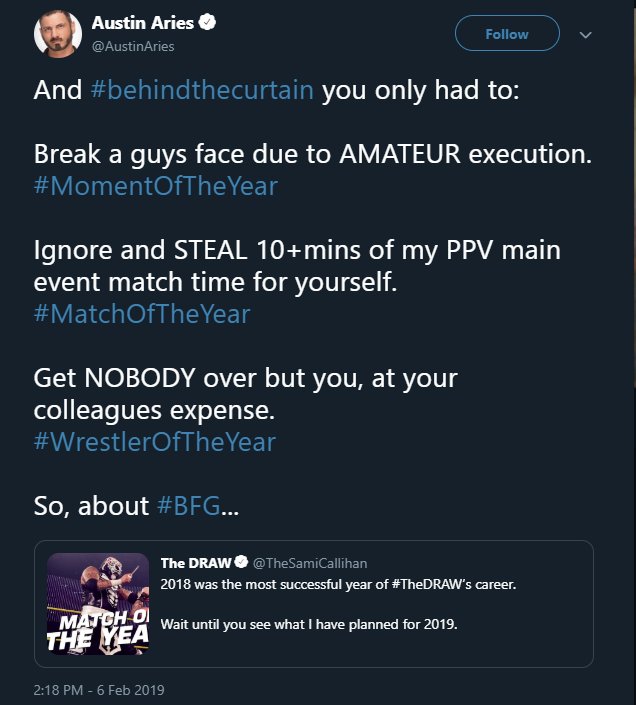 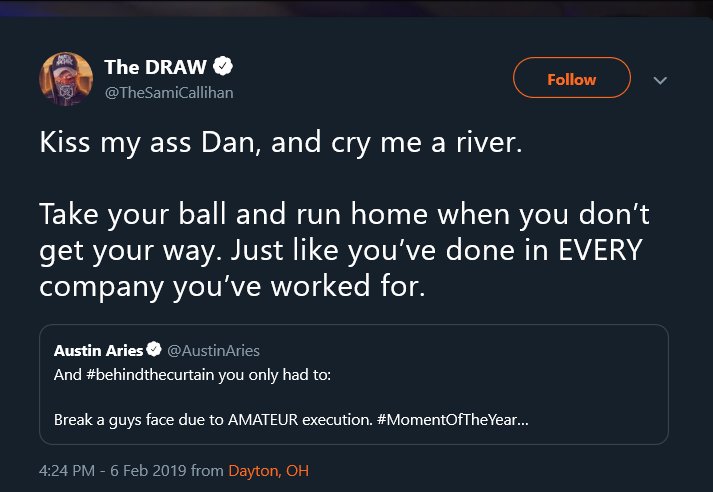 Graves went a bit nuts on Twitter earlier and posted a bunch of stuff. One of the people he went after was Ocelot's favourite tape trader David Bixenspan. 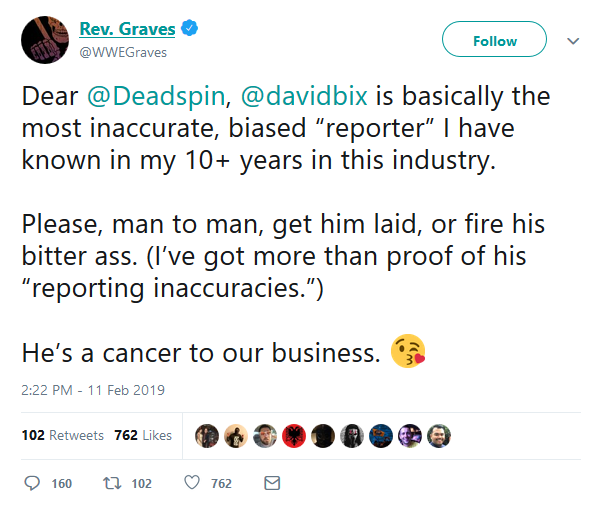 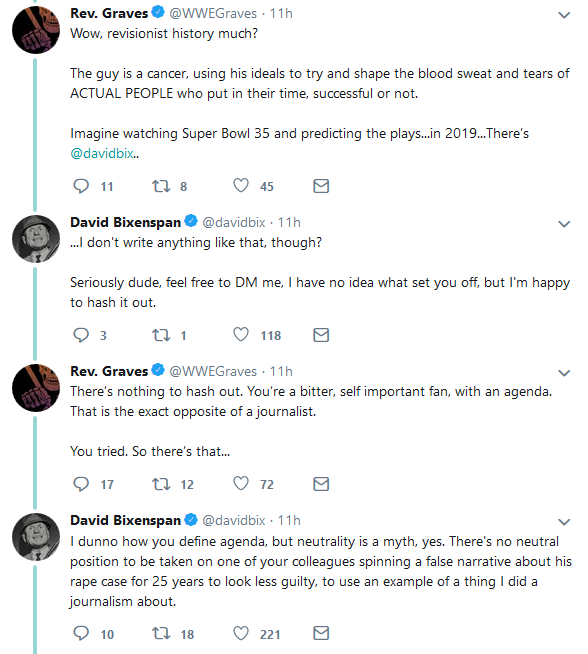 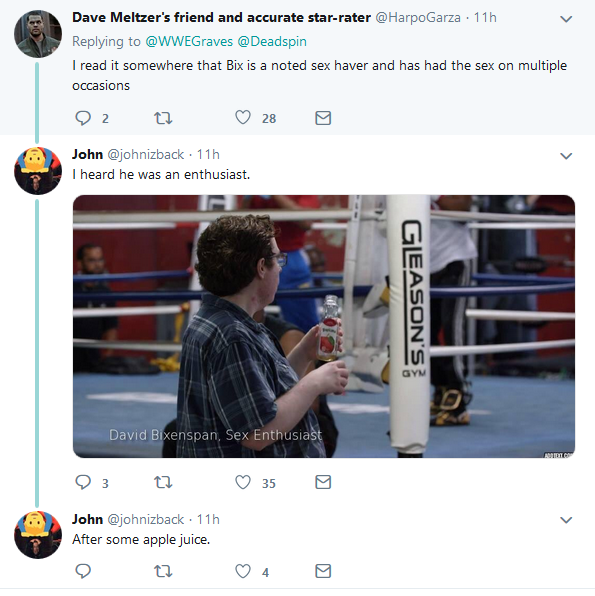 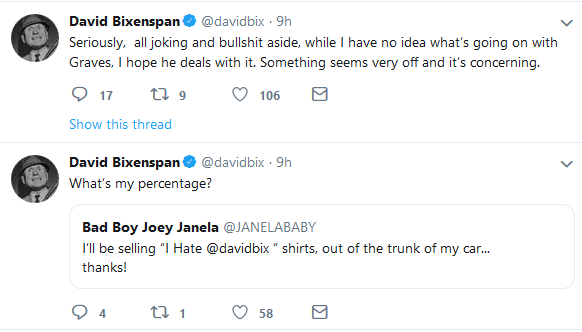 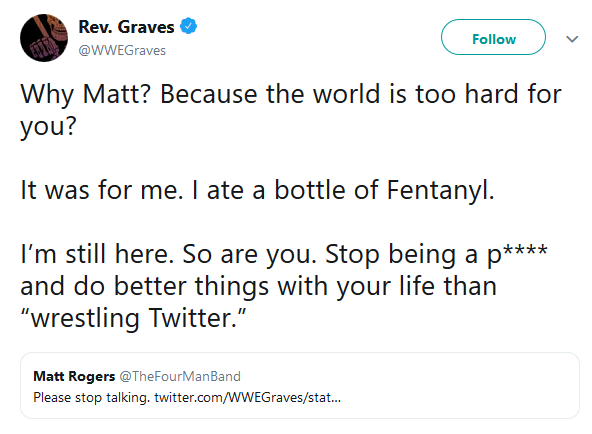 I'm looking through his recent articles and don't see anything offensive. Unless Graves is mad about the Ambrose quitting article (which just says the same stuff everyone else did.)

If it is the Lawler article from last year, he's right that it was poorly written and sidetracked into a bizarre attack on Dave Meltzer. But he was trashed for that. And it's weird to be bringing it up now.
Top

It probably was because of the Lawler article. 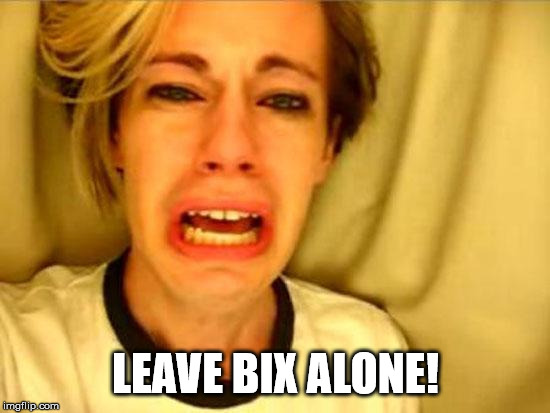 Bix doesn't seem too worried by it. He's probably getting a heap of new followers due to it.
Top

Bix is probably doing a deep dive looking for dirt on Corey like he did on Russo.
Top

Yea if there's dirt out there, Bix will find it. I bet if he was like a big menacing looking dude Graves wouldn't say a word to him though. Guess the "Be A Star" anti bullying campaign doesn't apply to him. Plus last time one of the WWE announcers bullied someone they got KFTO. 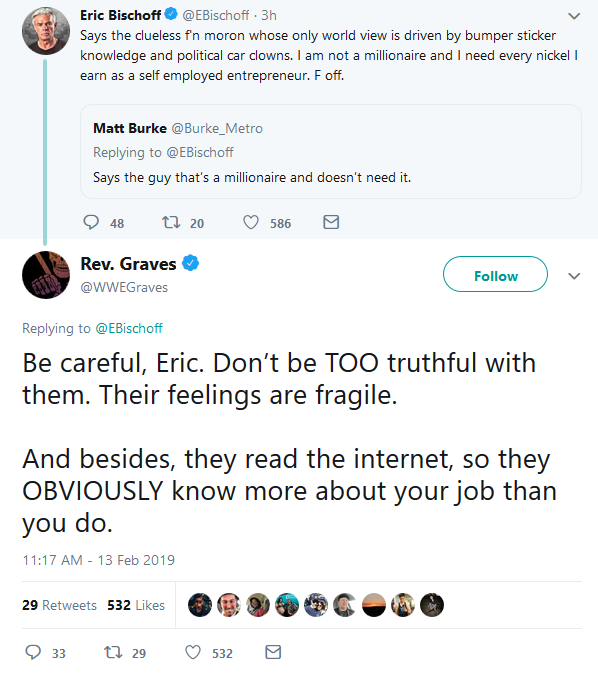 The next wrestler to do porn will be Asuka. His partner will be the rotting corpse of Ivelisse.
Vince Russo is actually Scott Hall.
Ted Turner just gave Russo all the money he needs to compete with WWE. Russo's big idea: Sami Zayn, Dean Ambrose and Jimmy Snuka on the main event, fighting against the evil Nation of Domination.
Lucha Underground next big thing: Jay Lethal portraying Nostradamus reborn. He wins the WCW World Heavyweight Championship by beating Ivelisse, featuring the debut of his ally, Bob Backlund.
Michael Cole is who actually started the Divas Revolution.
The TNA gimmick for Stone Cold Steve Austin: Marty Scurll
Top