I just remembered this

He also posted a couple of videos.

I'll be following him closely because Alzheimer’s runs on both sides of my family so I'm probably going to get it eventually. So I want to see if what he's doing works. It's awful and an ugly disease, but I'm glad he has such a positive attitude.
Top

Yea Alzheimer's and also Dementia are horrible diseases. In terms of inheriting Alzheimer's it's all down to the APOE e4 gene. If one or both of your parents have it then it unfortunately puts you at higher risk.

I would try & not worry too much about it, but if you're developing symptoms now then I'd definitely go and see the doctor who will refer you to a neurologist for tests. Earlier onset symptoms are


Memory problems that interfere with everyday life. This may include forgetting messages or recent events that would normally be remembered, or repeating questions.

People may become confused in unfamiliar situations and lose a sense of place and time.
These may be subtle at first and could include someone may become low in mood, irritable, lose their confidence or show less interest in activities they used to enjoy

Difficulty finding the right words and communicating. This may sometimes be called aphasia.

People can have difficulty recognising words and objects and judging speed or distance. When visual problems are a major symptom, the disease may be called posterior cortical atrophy.

The disease can be prevented somewhat by
the following:

Really sucks to hear that Vamp has to deal with such a debilitating disease. But on the plus side he has a positive attitude towards battling it and that will assist in him in his fight.
Top

Sexy Star definitely has the most undeserved ego in wrestling.

And she also didn't win that title until November 2016. WWE had already made the women's division serious and Charlotte had already won the title 4 times by the time that Sexy Star match aired.
Top

Keely looks alright so Dave might as well impregnate her.
Top

She never said "you're kind of cute", she went straight into "BLOW A LOAD INTO MY PUSSY!!!" That's quite an accomplishment.
Top

She's already got the baby name.

The upcoming Starrcast II convention will be headlined by WWE Hall of Famer Ric Flair getting roasted.

"The Roast of Ric Flair" will take place on Friday, May 24 at 9pm ET from the Pro Wrestling Tees Theater inside Caesar's Palace in Las Vegas. It will stream live on StarrcastOnFite.com.

Comedian and longtime pro wrestling fan Ron Funches will host the roast. The roast is set to feature some of "the biggest names in pro wrestling and stand-up comedy, along with a few surprise guests."


The roast was announced by Starrcast's Conrad Thompson in a new interview with CBS Sports.

"Well, I wanted to turn the volume up, and we are here at Caesar's Palace, and there is no bigger name in the history of wrestling than Ric Flair," Thompson told CBS Sports. "So, the 'The Roast of Ric Flair' is happening."

The Nature Boy told CBS that he is both prepared and excited for the type of no-holds barred comedy that he will be the victim of. Flair pointed out how familiar he is with Vegas.

"I've got a lot of history with Caesar's Palace. Oh God, it was a regular stop in the 80s and 90s," Flair said. "I'm lucky to be here and every day is a blessing. But one of those reasons is Las Vegas. I've had a couple of drinks in that town!"

There's no word yet on pro wrestlers booked to roast Flair but the format will be very similar to popular Comedy Central roasts. Thompson said there will be "a who's who of stand-up comedians" booked like Dan Soder, Taylor Williamson, Mike Lawrence and Dan St. Germain.

"There is going to be a handful of wrestling people there, but Ric sort of transcends pop culture, so we are going to have more mainstream roasters from outside the wrestling sector," Thompson said. "The comedians are itching for the chance to carve up not just Ric but our dais as well. We are excited to have some fun, but some of these guys, they are not going for laughs. They are going for gasps."

Thompson teased possible appearances by WWE Hall of Famers Jim Ross and Ricky Steamboat. We know that names like The Undertaker and WWE Hall of Famer Kurt Angle will be in town for the convention that weekend, and there will be AEW stars in town for Double Or Nothing, but there's no word yet on if they might appear.

Thompson continued, "We will also have a whole host of wrestling names, whether it's people from Ric's past like Ricky Steamboat, probably his favorite opponent, or Jim Ross, who called some of his more iconic matches. And a whole bunch of surprises. Whether you are a wrestling fan or not, there will be names you will recognize because everyone wants to come out and pay tribute to one of the greatest of all time."

How are you going to roast Ric Flair? This will be like the Hugh Hefner roast that was boring because the jokes were all about how much sex he had, which isn't insulting.
Top

The Irom Sheik needs to be on it.
Top

He loves to remind Ric he was fat in the 70s.
Top

It was CM Punk because it was the anniversary show of the first place he wrestled and he was in town. 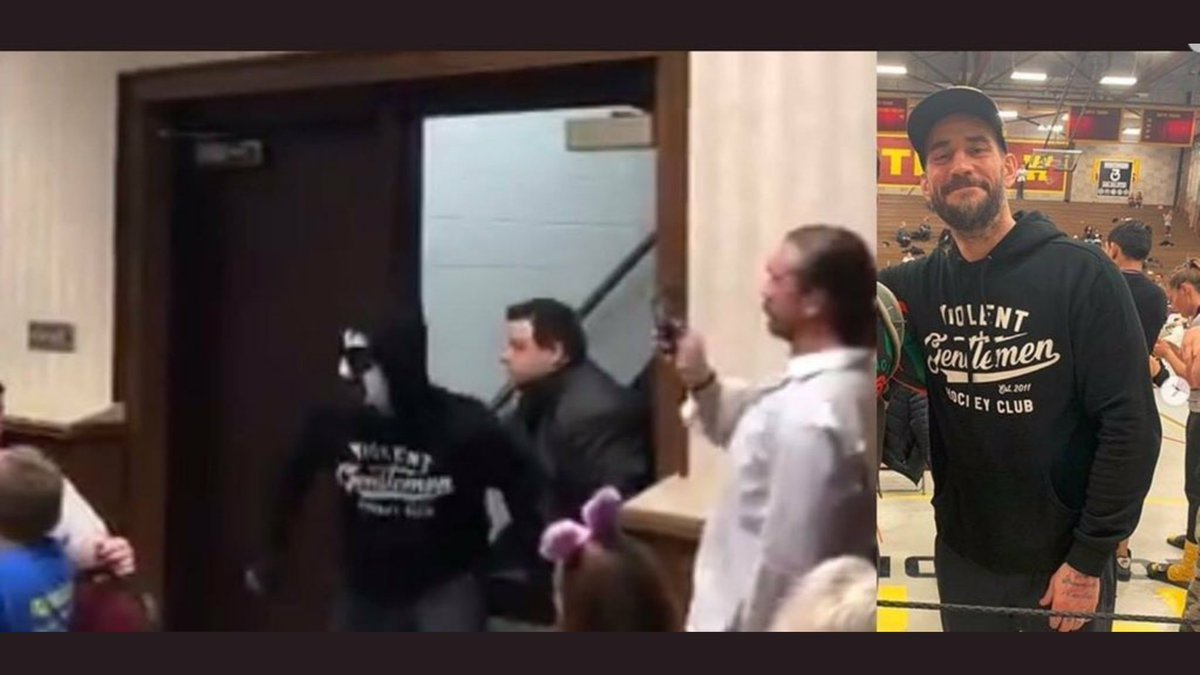 Colt was there too, so if it was Punk that must have been awkward.
Top

They probably avoided each other.

He was one of the Invisible Men at Spring Break 3.
Top
Post Reply
920 posts