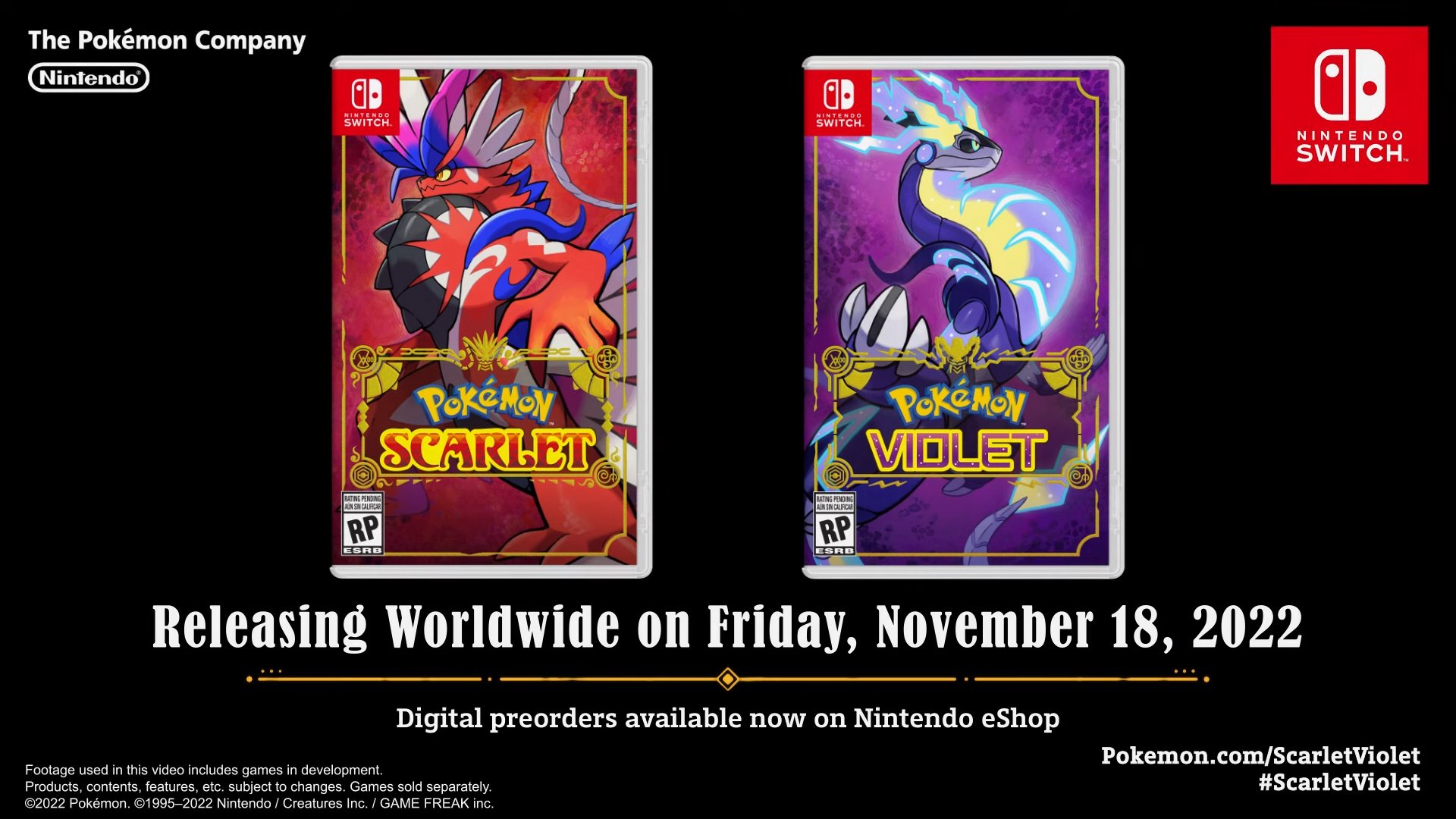 Those legendaries are so dumb. They remind me of the summons in Final Fantasy XIII that turned into vehicles.
Top

Get a look at the Paldea region in the new Pokemon Scarlet and Pokemon Violet trailer. Here's a quick look at the various Pokemon, characters, and environments we'll see in the upcoming games.

Pokemon Scarlet and Pokemon Violet will release on November 18, 2022 on Nintendo Switch. 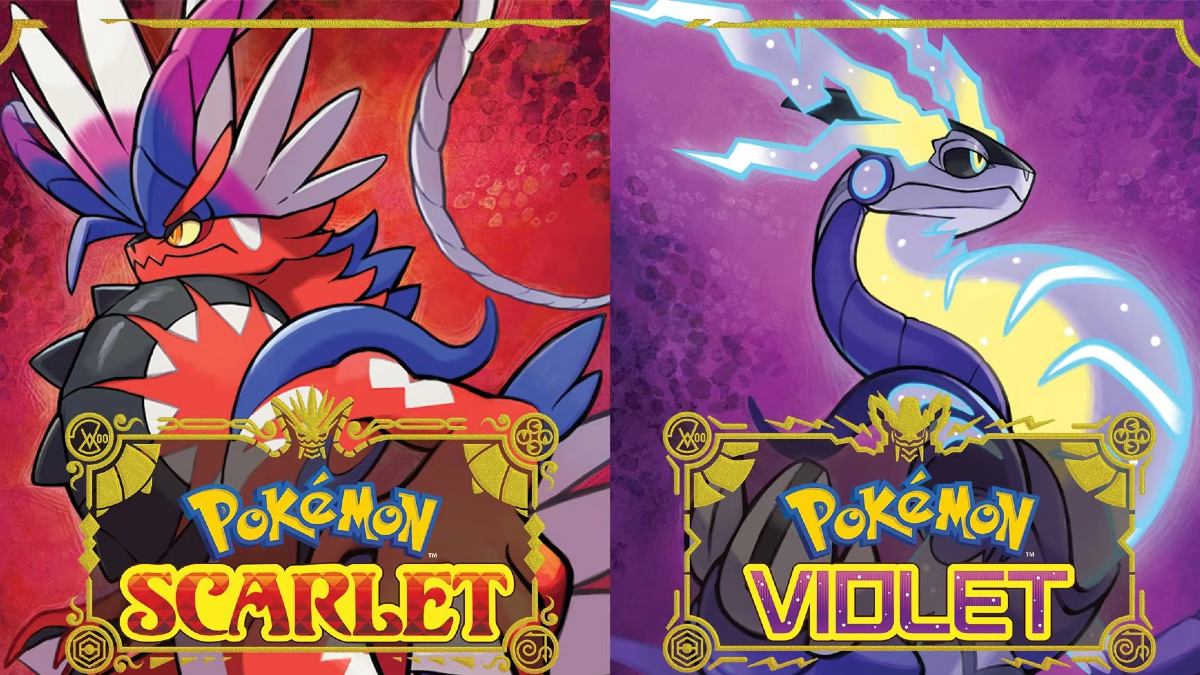 
Pokemon Scarlet & Violet is more than the sum of its parts. Those parts include the woeful performance and optimization problems, which are a real drag – but much of the rest of the title soars so high that it does go a long way to make one ignore them, after a fashion.


Whilst there's still stumbling missteps as Game Freak try to find their footing in the future of Pokémon, Scarlet and Violet is an endearing, and enjoyable attempt at a fundamentally different Pokémon experience. New ideas, some quality of life improvements, and some excellent new Pokémon designs make the trip to Paldea worthwhile.


It's a smaller step than many may have hoped for, especially considering what Pokémon Legends: Arceus did, but it's definitely one in the right direction.


Despite my frustrations with its structure, mechanics, and the fact that it looks and runs like a middling GameCube game most of the time (there were several instances, even outside of the open-world areas, where character animations would drop to near stop-motion levels of movement), I still left Scarlet and Violet enamored by its character relationships and neatly tied-up themes of finding one’s own joy in the big, wild Pokémon world.


[Review in progress] There really isn’t a moment in these games where I’d say Pokémon Scarlet and Violet run well.


Pokémon Scarlet and Violet's open-world pivot is exactly what the series needed, though poor tech holds back its true potential.


Pokémon Scarlet & Pokémon Violet bring some interesting new innovations such as a complete open world and a fun new Let’s Go! mechanic that speeds up fighting. The fact that you can now tale multiple paths really helps to diversify gameplay and the narrative behind is the best the series has to offer. Unfortunately, some technical issues such as texture problems and Pokémons that load too slowly in the open world will irritate players.


Some ideas might not work and there are some obvious visual issues to overcome but there’s never been a grander, more exciting Pokemon adventure.


Pokemon Scarlet and Violet are great games mired by a host of technical issues.


Pokémon Scarlet and Violet give you more choices than ever before. In exchange, it expects you to adapt to its half-baked open world and mostly optional new features. These latest games aren’t the great leap forward from Pokémon Legends: Arceus that fans were hoping for, but it is a small step.


A significant advancement on Pokémon Sword and Shield and while it's not hard to see how it could be improved further this is the most ambitious and entertaining Pokémon has been in a long while.


Pokémon Scarlet & Violet is engrossing at its best but clunky at its worst, offering an uneven but ultimately exceptional experience on Switch.


Pokemon Scarlet and Violet are ambitious new entries in the franchise that are held back by abysmal performance issues.


Pokemon Scarlet and Violet feel like the awkward second evolution of one of its starters. It's growing into something resplendent, it's showing signs of an exciting second type, but it's got that weird vibe of a 20-something that hasn't quite figured out who they actually are. Add that weirdly stretched feeling to the constant technical oddities and you've got a game that's undoubtedly good fun, but it's still not even it's final form. I can't wait to see what Pokemon becomes, but it's not quite there yet.


Pokémon Scarlet and Pokémon Violet bring some innovative ideas to the series and freshen it up slightly, with new features that are certainly worthwhile. It's Nintendo's classic and successful formula, with the ninth generation being extremely interesting, with brand new Pokémon, new missions and ideas that are sure to "ring a bell" for hardcore gamers. Is this the next step that Game Freak has been waiting for? The answer is...sort of.


Pokémon Scarlet & Violet takes the next step for the franchise thanks to the lush open world. Even the new Terastallizing mechanic is great fun, although it is kinda a reskin of an earlier mechanic. Amazing music and some smart design choises make it a game you can't miss. At least, that is what we would've said if the performance wasn't as bad as it is.

The game is in pretty bad shape.

And here's the glitch of the year:

So has GameFreak even issued any kind of statement about the insane amount of bugs in this game? Do they have any intention of patching any of this? Or are they just going to ride the sales records and move on to the next broken mess of a game?
Top

Why make great when good sells better?
If I should Die Hard Arcade before I Alan Wake.
PREY the Lords of Lore my Soul Calibur to Take-Two Interactive.
Top

melancholy wrote: ↑Tue Nov 22, 2022 6:58 am So has GameFreak even issued any kind of statement about the insane amount of bugs in this game? Do they have any intention of patching any of this? Or are they just going to ride the sales records and move on to the next broken mess of a game?

I'm sure the main issues will fixed in patches. The ugly graphics are here to stay though.
Top

Ver. 1.1.0 (Releasing December 1, 2022) We are aware that players may encounter issues that affect the games' performance. Our goal is always to give players a positive experience with our games, and we apologize for the inconvenience. We take the feedback from players seriously and are working on improvements to the games.
Top
Post Reply
134 posts