Is it just me, or does Microsoft simply tank download speeds when you're not on gold or the game is more than 6 months old?

I ask because I've picked up Forza Horizon 4 as I missed it, and it's downloading the 77 odd GB at a simply PAINFUL 1Mbps.

System updates all go at 10+Mbps (about the max my internet can handle) and even when I got horizon 3 I had gold and it went slowly, but not stupidly slowly.

The firmware and store and Blu-ray software and everything else on the system finished updating in half a second... But this game has been downloading for 3 fucking days and I still have 20GB to go...

I ask because I suspect if I was to buy Horizon 5, the download speeds would be at least 20 times faster than this.
If I should Die Hard Arcade before I Alan Wake.
PREY the Lords of Lore my Soul Calibur to Take-Two Interactive.
Top

Microsoft’s Activision Blizzard deal is key to the company’s mobile gaming efforts. Microsoft is quietly building a mobile Xbox store that will rely on Activision and King games.

Microsoft is building an Xbox mobile store to directly offer games on mobile devices, challenging Apple and Google. The software giant first hinted at a “next-generation” store it would “build for games” earlier this year but has now quietly revealed details of the plans in filings with the UK’s Competition and Markets Authority (CMA).

The CMA is currently investigating the $68.7 billion acquisition and has asked Microsoft for context. In its filings, Microsoft says a big motivation for the purchase is to help build out its mobile gaming presence. Its plans for this space apparently include creating an Xbox mobile gaming platform and store. Here’s what the company says in the filings:


The transaction will improve Microsoft’s ability to create a next generation game store which operates across a range of devices, including mobile as a result of the addition of Activision Blizzard’s content. Building on Activision Blizzard’s existing communities of gamers, Xbox will seek to scale the Xbox Store to mobile, attracting gamers to a new Xbox Mobile Platform. Shifting consumers away from the Google Play Store and App Store on mobile devices will, however, require a major shift in consumer behavior. Microsoft hopes that by offering well-known and popular content, gamers will be more inclined to try something new.


Call of Duty: Mobile and Candy Crush Saga are two hugely popular mobile games published by Activision and King, respectively, and Microsoft could leverage these titles to help build out a game store to rival Google Play and the App Store. Given Apple’s policies blocking third-party app stores on iOS, it’s difficult to imagine Microsoft competing on iPhones anytime soon. But that’s clearly not stopping it from envisioning an Xbox mobile app store.

Beyond hardware, there’s a lot of revenue at stake here, too. Games are some of the most popular downloads on mobile and drive in-app purchases on app stores. Microsoft clearly wants a piece of that pie. Look at how the company describes the opportunity:


The transaction gives Microsoft a meaningful presence in mobile gaming. Mobile gaming revenues from the King division and titles such as Call of Duty: Mobile, as well as ancillary revenue, represented more than half of Activision Blizzard’s ... revenues in the first half of 2022. Mobile customers account for around three-quarters of its MAU. Microsoft currently has no meaningful presence in mobile gaming and the Transaction will bring much needed expertise in mobile game development, marketing and advertising. Activision Blizzard will be able to contribute its learnings from developing and publishing mobile games to Xbox gaming studios.

However, the CMA has barely discussed the potential for Microsoft’s entrance into mobile gaming as part of its investigation and is instead largely focusing on console gaming, which Microsoft argues is an increasingly smaller part of the overall market. In a graph posted at Microsoft’s Activision Blizzard acquisition site, the company depicts the entire gaming market as worth $165 billion in 2020, with consoles making up $33 billion (20 percent), PCs at $40 billion (24 percent), and mobile gaming at $85 billion (51 percent). 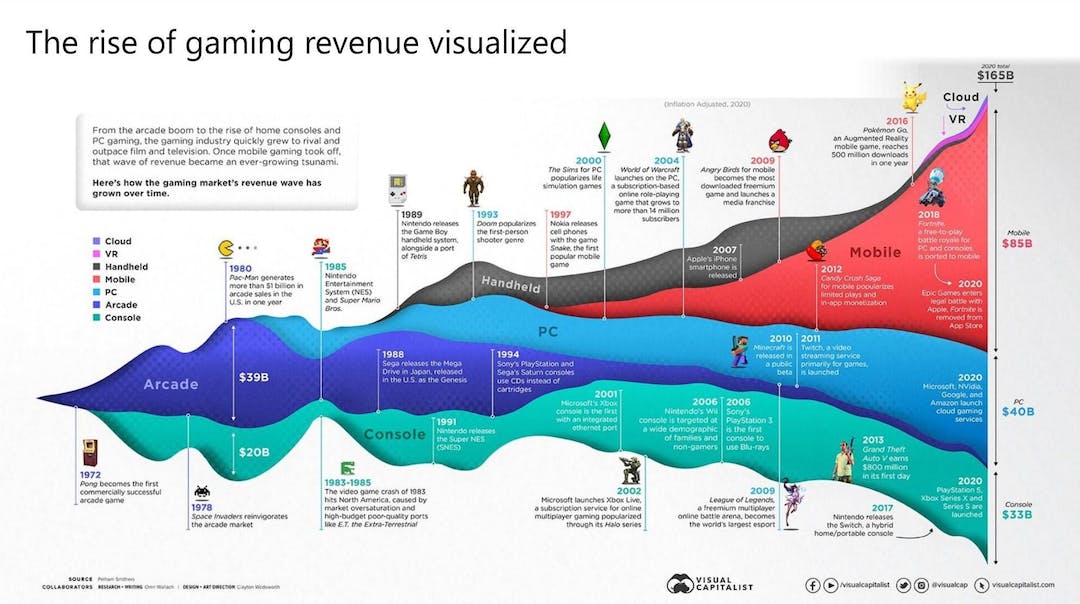 Building a successful rival to the Google Play Store or App Store would be a huge challenge, though, and Microsoft will need to woo third-party developers if it hopes to make inroads.

The company seems to be laying the groundwork here by committing to a set of principles that would allow developers to freely run their own app stores on its Xbox mobile platform and offer their own payment systems to process in-app purchases. That’s a benefit Apple certainly doesn’t offer. (These commitments don’t fully extend to Xbox consoles yet, but Microsoft said earlier this year it’s “committed to closing the gap on the remaining principles over time.”)

Microsoft says these same principles will also apply to the future Xbox mobile store, which could be enough to lure developers onto the platform. One company that might be particularly interested is Epic Games, which has allied itself with Microsoft in the past few years in the fight against Apple’s App Store policies.

Epic Games CEO Tim Sweeney welcomed Microsoft’s first hints at an open app store model in 2019 ahead of a giant battle between Epic and Apple a year later that saw Fortnite disappear from iPhones. Epic has been arguing that Apple should allow third-party payment systems in its App Store or even allow rival app stores to function on iPhones and iPads.

Epic eventually called on Microsoft to help argue its case in court, and Microsoft cranked up the pressure on Apple with some significant Windows store changes days ahead of the Epic v. Apple trial last year.

Epic didn’t win its legal argument, and Fortnite still isn’t back on the iPhone. But Epic did turn to Microsoft to bring Fortnite to Xbox Cloud Gaming earlier this year after court documents revealed Epic originally blocked the game from Xbox Cloud Gaming as the service was “competitive with our PC offerings.”

This closer partnership between the companies could help persuade Epic to come on board early with Microsoft’s mobile gaming plans. Epic has already embraced Samsung’s Galaxy Store on Android, and having Fortnite and Call of Duty: Mobile on Microsoft’s Xbox mobile game store would be a good start in a difficult task to take on Apple and Google.

However, a big potential stumbling block for Microsoft’s mobile gaming ambitions could be its control of Call of Duty on both mobile and console. Microsoft has seen success with Xbox Game Pass, and it has made it clear it wants to bring Activision games to the service. Regulators are now weighing how this would impact competition.

Xbox Game Pass is also at the heart of the ongoing battles between Microsoft and Sony over Call of Duty. Sony is arguing that Microsoft could take Call of Duty away from PlayStation entirely, while Microsoft says that wouldn’t make business sense. This disagreement has spilled out into a public war of words between Sony’s PlayStation chief and Microsoft’s head of Xbox, but the real conflict is happening behind closed doors.

Microsoft now says keeping Call of Duty on PlayStation is a “commercial imperative for the Xbox business and the economics of the transaction” and that it would put revenue at risk if it pulled Call of Duty from Sony’s consoles. “Microsoft has been clear that it is counting on revenues from the distribution of Activision Blizzard games on Sony PlayStation.”

But even if Call of Duty stays on PlayStation, Sony could still lose out on serious revenue if Microsoft offers the title on Xbox Game Pass. Microsoft previously claimed that Sony is paying for “blocking rights” to keep some games off Xbox Game Pass and now says that’s the case with Call of Duty. “The agreement between Activision Blizzard and Sony includes restrictions on the ability of Activision Blizzard to place Call of Duty titles on Game Pass for a number of years,” says Microsoft in its filings.

The CMA and other regulators now have the unenviable task of untangling these arguments between Sony and Microsoft and figuring out exactly how this deal could harm consumers or competition. Microsoft still hopes to close this deal out by spring 2023, but there’s a good chance we have months of battles ahead — as well as the opportunity to gain rare insights, as with these mobile plans, into the secret ambitions of the gaming industry.

forgot the emu thread, stuck it in there instead
Top
Post Reply
617 posts