If the modern consoles do go digital, there will still be a market for Retro games, the market for them right now is booming, so the regular type of game retailers will switch to specialising in those instead I think. Plus some folks prefer physical to digital, so if it does go to a totally digital download format for games it'll be a gradual transition. So in a way it's similar to music, Vinyl has come back huge despite the streaming services (YouTube Music, Spotify, Apple Music, Tidal etc). You always need everyone to have a solid internet download speed/connection to totally give up on physical discs/carts etc since you're alienating part of your target audience. Say they live in a rural area etc, I've read some parts of the UK don't have broadband internet so imagine downloading a 50+GB game on dial up

I think the next consoles were going this direction anyway before Stadia was announced from what I'd heard. That none will run discs and just download or stream games. (Which is why Xbox is putting out that disc-less One for cheap as a test.)

If Microsoft had its way, the Xbox One would've already been a digital platform. But they tried to kill physical media too quickly by putting a hard cap on disc reselling. You've got to ease the console market into a digital-first environment, not impose haphazard limits that will only alienate the folks that buy second-hand media.

That is a bummer, Gamestop has done pretty well at converting their stores into more of a lifestyle store (e.g. Hot Topic, Spencer's). They actually do sell some fun toys and other junk that won't normally be available in a physical store.


Big Boss Man wrote: ↑
Fri Mar 22, 2019 1:19 am
If the modern consoles do go digital, there will still be a market for Retro games, the market for them right now is booming

The transition to digital downloads has already affected the local used CD store here. Back in the PS2/Xbox/GC days, they had a huge stock of used games. But since the last generation, they've started selling less and less used software and hardware.

And yes, the prices for NES/SNES have been ridiculous. Had I known how much that market would grow in the past ten years, I'd bought more games when prices were much cheaper.
Top

The transition to digital downloads has already affected the local used CD store here. Back in the PS2/Xbox/GC days, they had a huge stock of used games. But since the last generation, they've started selling less and less used software and hardware. Luckily, the retro gaming scene is skyrocketing so they can make bank on old NES/SNES games.

That's interesting, thanks. There's still a strong market here for pre-owned games and there's retailers like Game which still sell new stock on disc. Could be to due with their not being everyone on good internet connections and for some purchasing a normal disc is easier than having to download it digitally, plus pre owned games are often at least 20-30% (even more in some cases) cheaper than the download version. For example Asda (which is owned by Walmart) sells WWE 2K19 for about £24 brand new for XBone and on the Xbox Store it's £55. So the logical choice is still go for physical since the disc version is almost half the digital.
Top

If Microsoft had its way, the Xbox One would've already been a digital platform.

Yea they did originally want the Xbone to be a completely digital console if I'm correct. I think in say 5 years time that would be a smarter move but back then it was relying too much on foresight that digital would be more popular than physical.
Top

The Gamestops I go to don't have much in the way of old system games. They're loaded with used 360, Wii and PS3 games. And I see a bunch of people looking at 360 games. They do have lots of Rick & Morty and Fortnite stuff, but I've never seen people look at it. And lots of Funco Pop toys. The most popular area is the
Switch section.

I don't play games as much as I did with 360 (and my "I have to have every game" phase ended during PS2 and the first Xbox.) I do play XBox One, but really just get 3 or 4 games a year and play kind of slow because I don't have the time. This year I really just play Red Dead 2, Resident Evil 2, UFC 3 and Madden 19. I buy physical games probably out of habit. If I'm out shopping there's 4 Gamestops in the area so I just go there. And I've never played online just because I like story games like GTA, Red Dead and Resident Evil. I guess I'm a Basic Bitch gamer. Sekiro: Shadows Die Twice will probably be the last game I buy this year when it comes out.
Top

The first in a series of presentations. 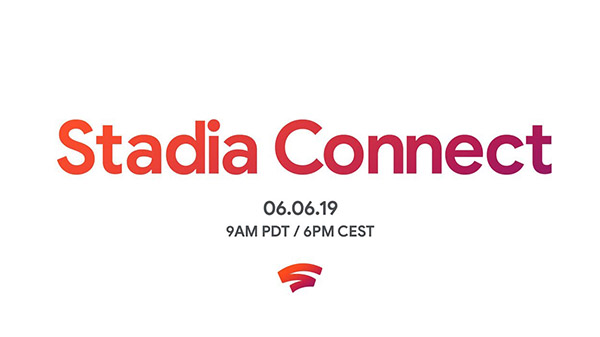 Google will host the first Stadia Connect, a presentation series dedicated to its March-announced Stadia cloud gaming platform, on June 6 at 9:00 a.m. PT / 12:00 p.m. ET, the company announced. You will be able to watch it live on YouTube.

The first Stadia Connect presentation will feature the reveal of the platform’s pricing, games, and launch details.

Baldur's Gate 3 is one of the games that is expected to be announced for it.
Top

- Launch in November in 14 countries (including Canada)
- You can preorder the "founder's edition" of Stadia for 169$ today, which includes the gamepad, a Chromecast Ultra (which is 6cm in length), Destiny 2 and three months of subscription
- Stadia works through a subscription only at first. The Stadia Pro sub costs 11.99$ per month and will include streaming up to 4K/60fps. Note that only "older" games will be included in this sub, and more recent games will have to be bought separately.
- A separate sub will be available in 2020, and is completely free. It'll only allow up to 1080p streaming, and won't include any game like the Pro sub.
- 10mbps in download/1mbp in upload is the minimal requirement, with 35mbps required for 4K "optimal comfort".
- You'll need the Chromecast for Stadia to work at launch, but it's planned to work through any Google device with Google Chrome in 2020.
- Games planned include Destiny 2, Assassin's Creed Odyssey, The Divison 2, DOOM, all three Tomb Raider games.
- Line-up will have 31 games at launch.
Top

I doubt I'll be buying a Chromecast Ultra anytime soon, but I'll try it when I can play it on my Samsung phone
Top

When I was watching the stream last night it dropped to 240p quality and then stopped. Other people were complaining about it as well.

If they can't get a YT video streaming properly they might struggle a bit with games.

Other bits of news

- The only phones it will work with are the Pixel 3 & Pixel 3a initially.

- It's only launching in 14 countries. Australia isn't one of them. Meh.

All of the country's internet combined couldn't stream a single instance of the Master System version of Sonic at 144P and full speed.

Waste of time to launch here.
Hank Azaria not playing Apu on the Simpsons will make the role as irrelevant as the Simpsons has been as a series since 1999!
Top

High-fidelity triple-A video games can be played on desktops, laptops, televisions, tablets, and phones. No matter how weak your hardware may be

I can't wait to play the latest AAA games on my 166mhz Pentium!

I hope they support Windows 98 at least
Top

The “expected” complete list of Stadia launch day games has been confirmed today by Google. There’s going to be a total of 12 games that launch on Nov. 19 and before anything else, let’s just dive into those titles:
I hope you like Tomb Raider, because there’s definitely a lot of that. You also have the two Stadia exclusives, GLYT and Kine. Then there’s also the complete edition of Destiny 2 does include the most recent Shadowkeep expansion. Other than that, the rest of the list pretty straight forward.

Google also noted in their blog post that there would be an additional 14 games released by the end of the year and those games are…:
It’s certainly a list of mostly good to great games, so that’s something. The issue some might have with it is that it lacks exclusives, generally the reason why people buy most console platforms.

That said, Stadia is obviously a different beast. The strategy does not seem to be (at least at this junction) to compete with Sony and Microsoft on exclusive games.

Rather, Google wants to sell you on being able to play your favorite games, anywhere you want.

Some of the games like Destiny 2, Mortal Kombat 11, and NBA 2K20 make a lot of sense. Others, though, such as the single-player titles seem bit riskier since the people who want to play those games likely have found a way by now. It remains to be seen how big the market is for people that A: Want a Stadia, and B: Wants to replay some of those games again on it.

Google Stadia releases on Nov. 19 for early adopters. The Founder’s and Premium Editions of the Stadia will include Stadia plus which offers up Destiny 2: The Collection for free.

Yo dog, I heard you like tomb raider and just dance!

Pretty good lineup otherwise.
Hank Azaria not playing Apu on the Simpsons will make the role as irrelevant as the Simpsons has been as a series since 1999!
Top
Post Reply
52 posts