Some of you may have heard of this before but I just found out about it a few days ago and thought I'd share. You can download it from here.
https://www.s3complete.org/

There are tons of options in-game but if those aren't enough you can even download a customized version from the above link to choose from even more options. Here are a few screenshots showing the title screen and the gameplay and music options. 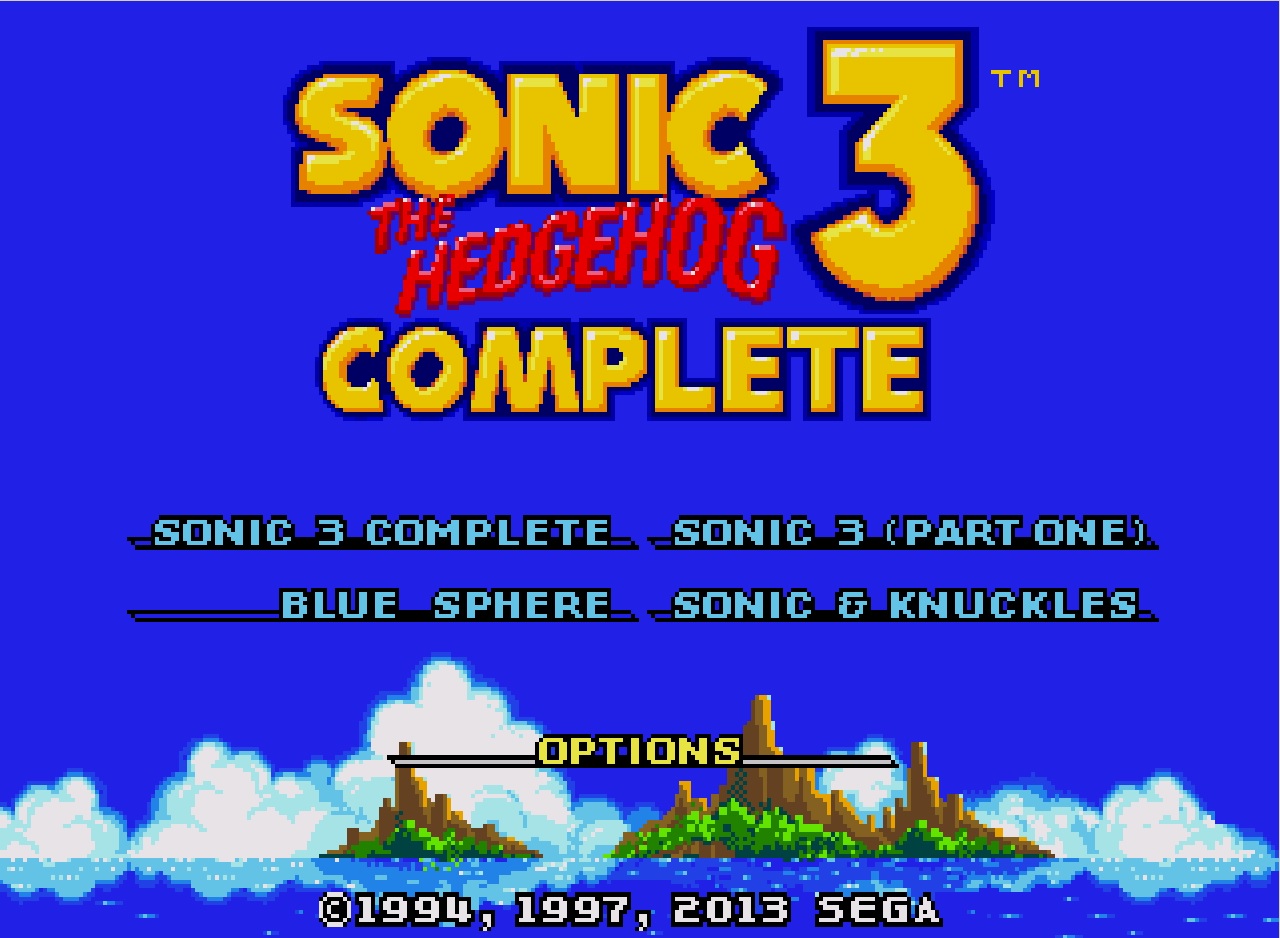 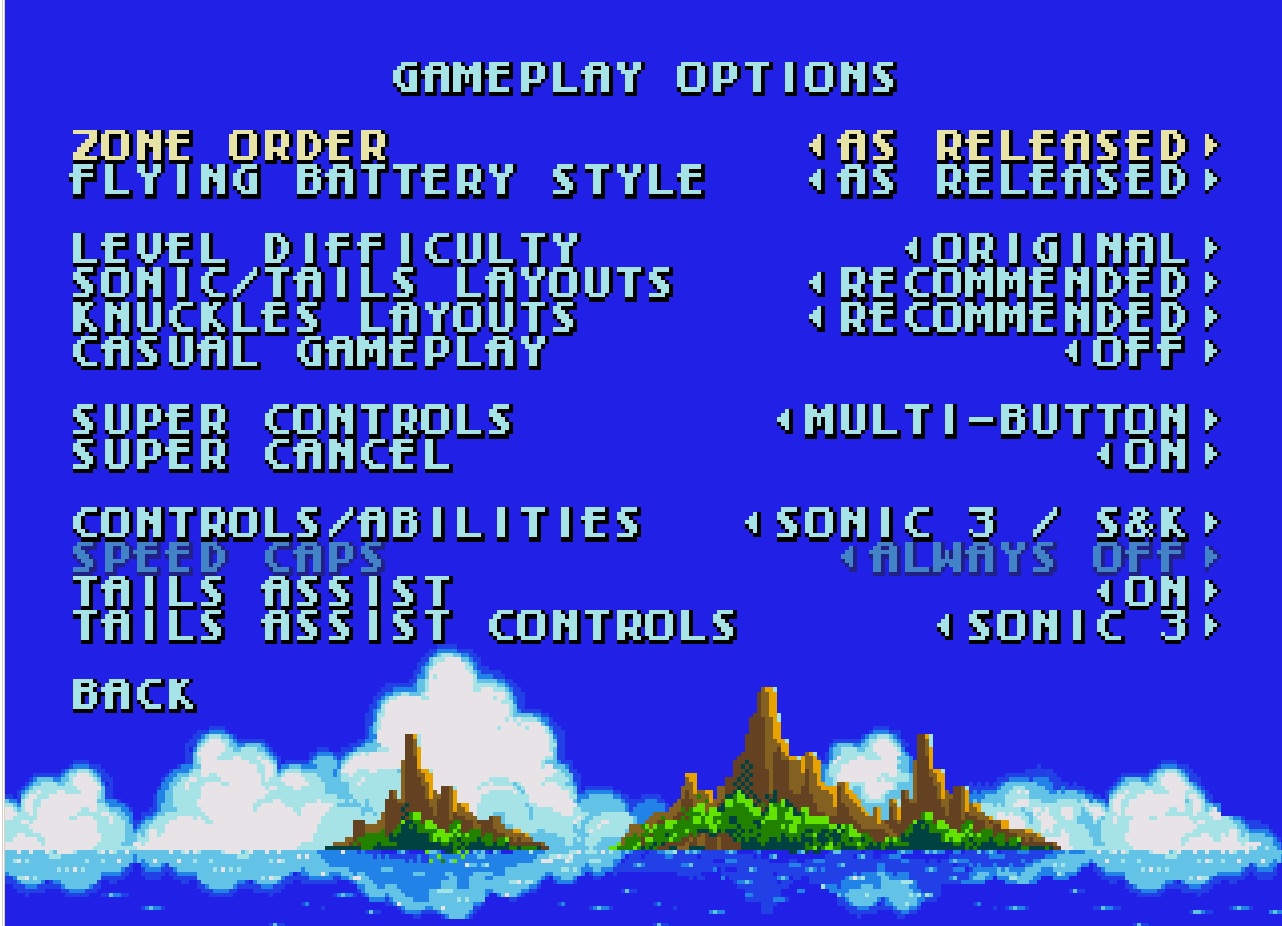 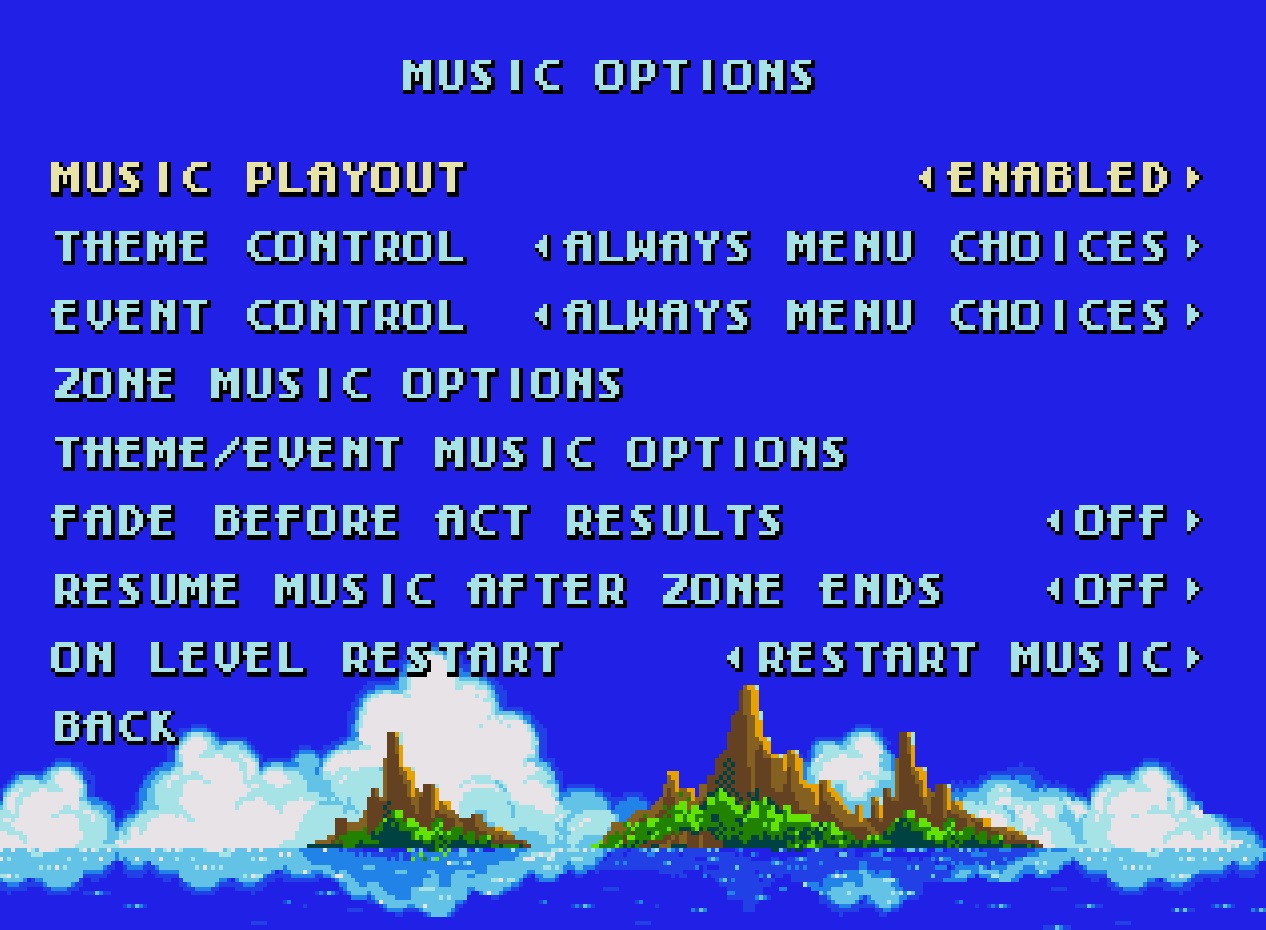 So there are many options to set the game to just how you want it but there is really only one option that I really care about and that is being able to change the Sonic 3 sprite to either Sonic 1 or Sonic 2 style. I always liked the look of Sonic's sprite in 1&2 much better than 3. To change the sprite you have to download a custom version from the above link and select what style sprites you want from there.

All you have to do to play it after downloading is just load it up in your favorite Genesis emulator. It isn't a rom patch that you have to mess around with. Sonic 3/Sonic and Knuckles are already included in the download. I was surprised at that since usually things like this just offer a patch that you have to apply to the original rom. This would never happen with a Mario game. Even if the site did only offer a patch they'd would still probably try to make the site take it down.

If you feel like playing Sonic 3 or Sonic and Knuckles I'd highly recommend this over the standard version. For me being able to use Sonic's sprite from either Sonic 1 or two makes the game a little bit more fun. The standard Sonic 3 sprite is OK but the older style looks much better. I'm surprised they don't have an option to use sprites from Sonic Mania but maybe it isn't that easy to convert it from Mania to Genesis. Or it could also be because the last release of Sonic 3 Complete was on August 10th, 2013. Just over 4 years before Sonic Mania was released.

Well anyways just figured I'd share it on here. Hopefully at least one of you finds it interesting.

I prefer the Sonic 2 sprite over 3 as well.
Top

I played through this version shortly after it’s release. I found it when searching for a way to restore Sonic 3 music in S3&K. The changes are impressive to the point of making my S3&K carts obsolete.
Top

Awesome! It's been a while since I've played through S3&K, this will be a nice change of pace.

As for the sprites, I've always preferred the Sonic 3 sprite: