Persona 5 is coming to the Switch...and the PS4. It's a musou game. 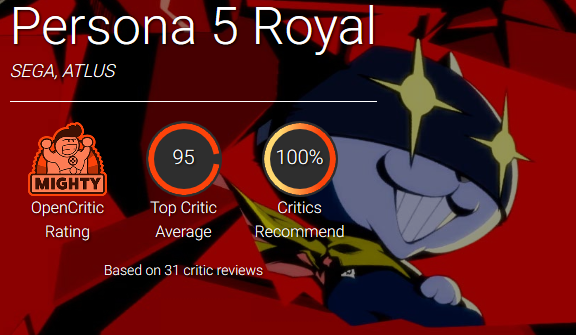 It was just a Amazon France listing for the PC. Looks like a lot of fake ones were put up.
Top 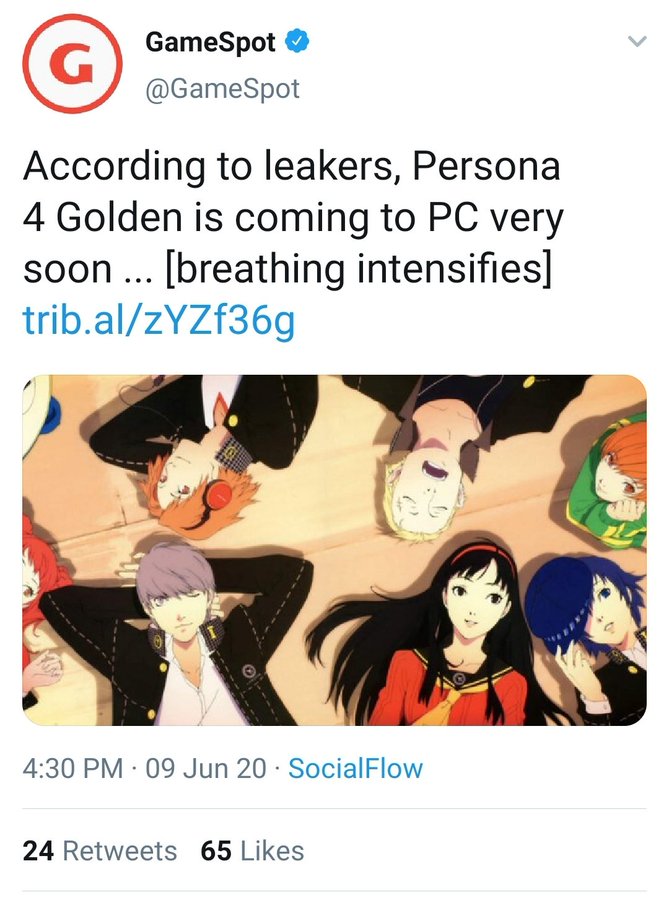 It’s awesome that more people will finally be able to play this incredible game, but Atlus has a weird choice of platforms to release Persona games on. I would have assumed this would come to PS4 first.
Top

Yeah, you would have thought it would come to PS4 & Switch as well. Maybe it will, need to wait for the announcement.

There's also a rumour that P3 is coming to Steam too.
Top

P4G is out already. Nice price.

Rumor: Persona 3 Portable is getting a multiplatform remaster

Persona 3 Portable on Nintendo Switch would be extraordinary.

Yesterday at The Game Awards 2021, Atlus and Arc System Works’ Persona 4 Arena Ultimax was revealed for a multiplatform release, including on Nintendo Switch. This would have been a surprise, except leaker Zippo had leaked the existence of the game all the way back in July. It is the latest of many accurate leaks from Zippo over time, and now, the leaker has made another major claim — that Persona 3 Portable will receive a multiplatform remaster. If accurate, that would all but guarantee Persona 3 Portable on Nintendo Switch.

Details provided are extremely scant, boiling down to basically one sentence: “Oh, and Persona 3 Portable is getting a remaster. Multiplatform.” However, it would definitely make sense, as Atlus has at least seven projects in the works for the 25th anniversary of the Persona franchise, with one of them being the aforementioned Persona 4 Arena Ultimax re-release. Special anime streams, concerts, and merchandise have also been announced.

Persona 3 Portable is in bad need of a multiplatform remaster (especially on Switch), only launching for Sony PlayStation Portable (PSP) a decade ago. This version of the game uniquely offers the option to play as a female protagonist, which changes the story in ways small and surprisingly large, and it also removes a lot of on-foot town exploration and replaces it with fast and straightforward menu selection. Not all of the game’s changes over the previous version were unanimously embraced, but they made sense on PSP and would make similar sense on Switch. However, the biggest thing that Portable lacks over the previous version of the game, Persona 3 FES on PlayStation 2, is a full-blown epilogue story. It would be pretty awesome if a hypothetical Persona 3 Portable multiplatform remaster could incorporate the FES epilogue.

If this leak pans out, what are your hopes for a Persona 3 Portable on Switch? If your answer is “the prospect of Persona 4 Golden on Switch,” well, I certainly couldn’t blame you.

A new rumor involving Persona 6 has not only detailed when the latest entry in the long-running JRPG series might be revealed, but also the platforms that it could be coming to. In recent years, developer Atlus has already confirmed that it will be creating Persona 6 in the future, but it hasn't said when the game could end up coming about. And while 2022 absolutely doesn't seem like the year in which Persona 6 will release, we could definitely see it formally announced it in the coming months.

In a recent podcast from a video game leaker that goes by the name Nate the Hate, it was suggested that Persona 6 will be announced in the latter half of 2022. Nate specifically referred to how Atlus is making a number of ongoing announcements with the Persona series over the course of this year and indicated that these reveals will conclude with the eventual unveiling of Persona 6. "Atlus has hyped up this anniversary for Persona and they continue to say, 'We have announcements leading up all the way to September of 2022,' which I would anticipate is probably the timing when Persona 6 is announced as a PlayStation 5 exclusive," he said. He went on to say that leading to this Persona 6 reveal, a Persona title from the past could also be coming to new platforms. "I think in the build-up to that we get Persona 4 for the Switch," he stated.

At face value, this series of events would make a whole lot of sense for Atlus and Persona 6. As mentioned, the studio has really been loudly indicating that it will have a number of reveals to make over the course of this year to celebrate the 25th anniversary of Persona. There's likely no better way to celebrate the history of this franchise than to also hint at what will be coming about in the future with Persona 6.

While this all does make sense on paper, though, it's important to stress that you take this rumor with the usual grain of salt. Even though it would be logical for Persona 6 to be revealed in 2022, Atlus is a company that has previously made many decisions that fly in the face of said logic. As such, don't get too excited about any of this coming to fruition until it's official. 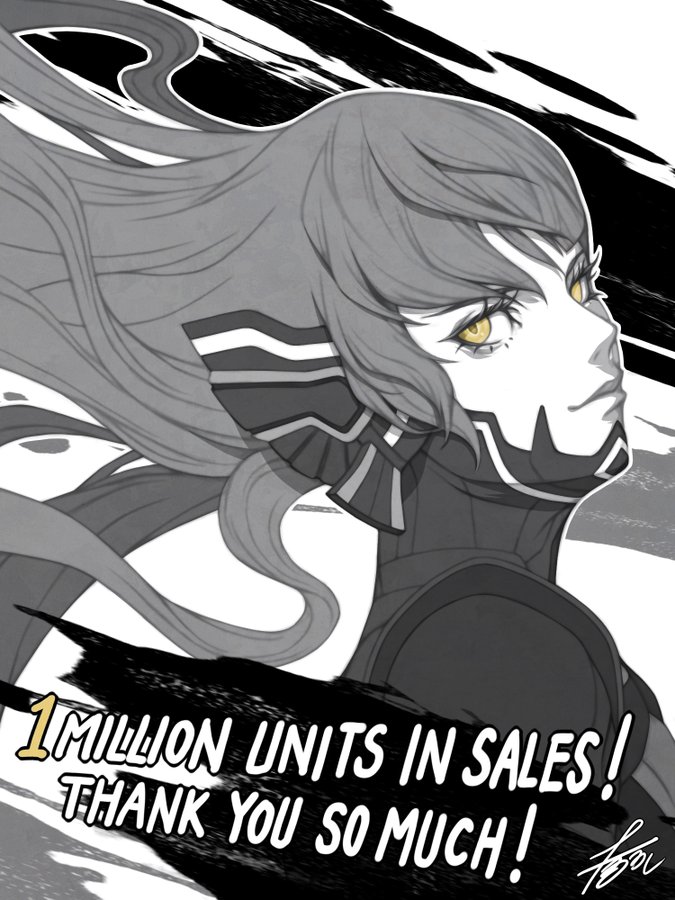 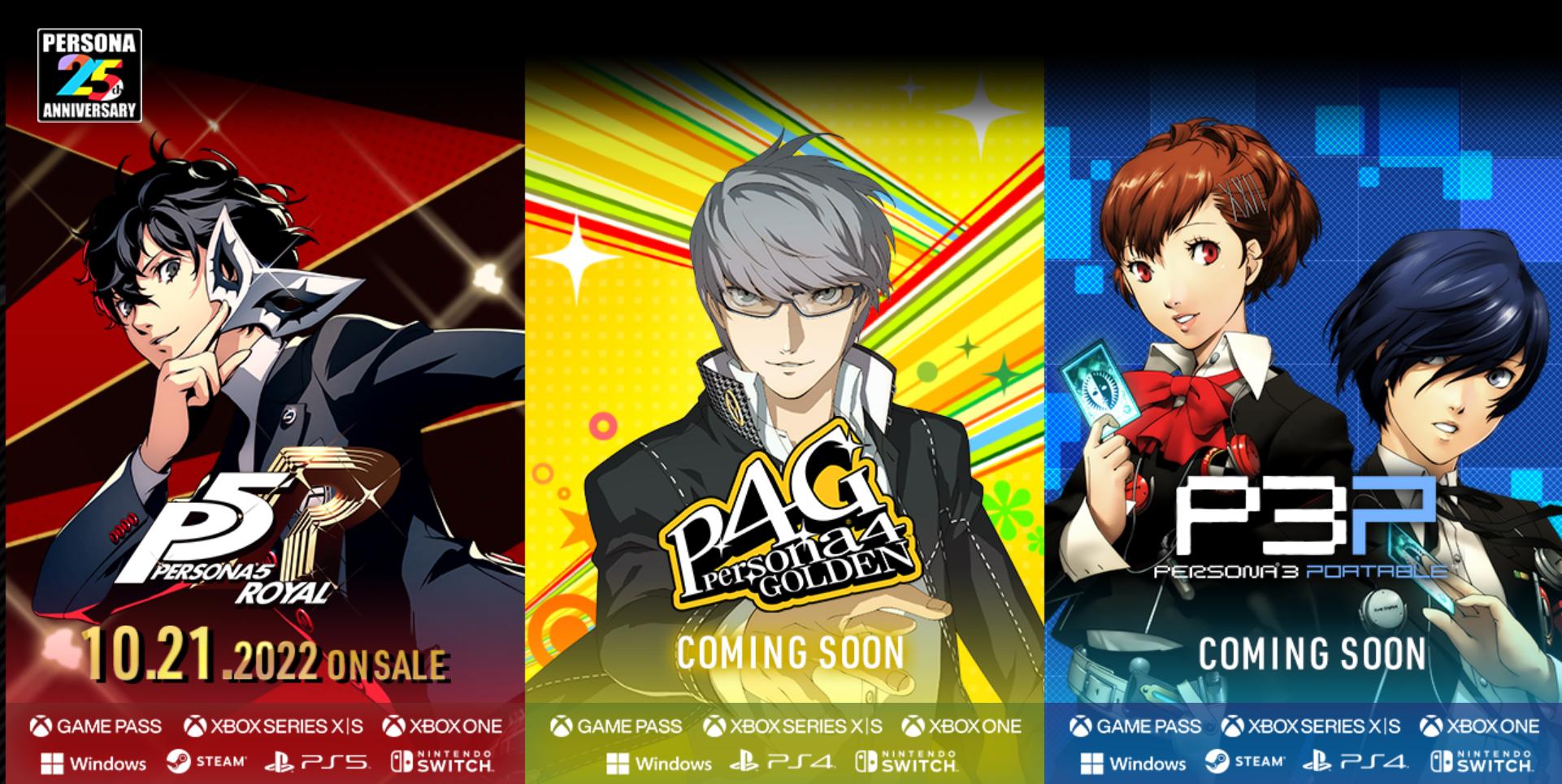