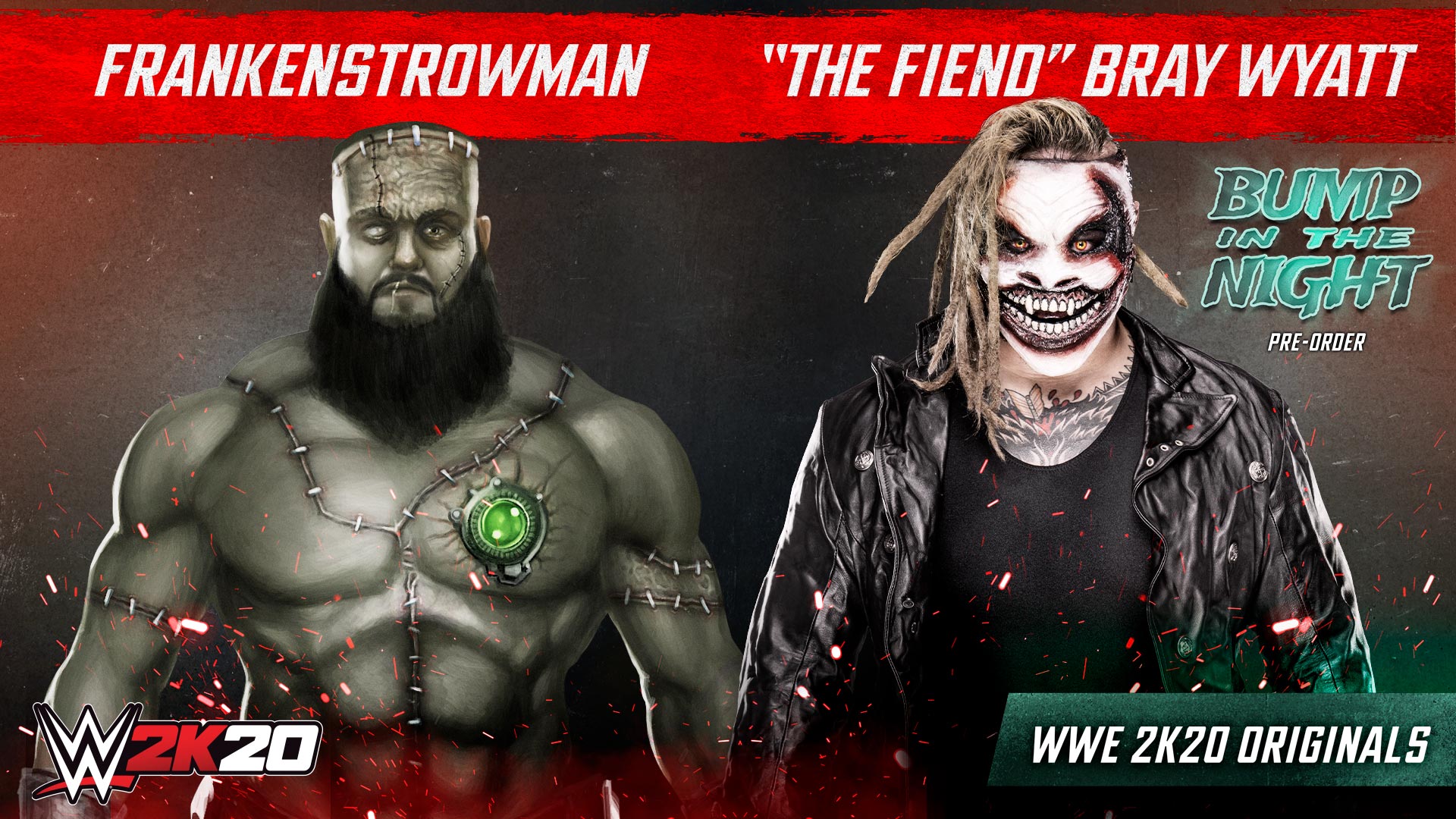 The WWE 2K series has featured its share of great pre-order bonus characters over the years, Ronda Rousey and Rey Mysterio being the most recent. WWE 2K20 is changing the game completely, offering the biggest pre-order bonus ever.

WWE 2K20 Originals: Bump in the Night’s centerpiece is the debut playable version of “The Fiend” Bray Wyatt, who taunted the WWE Universe for months before his in-ring debut at SummerSlam this past Sunday. Wyatt fits in perfectly with the pack, loaded with a horror-themed Showcase, unique story towers, frightening versions of some of your favorite WWE Superstars, and much more. 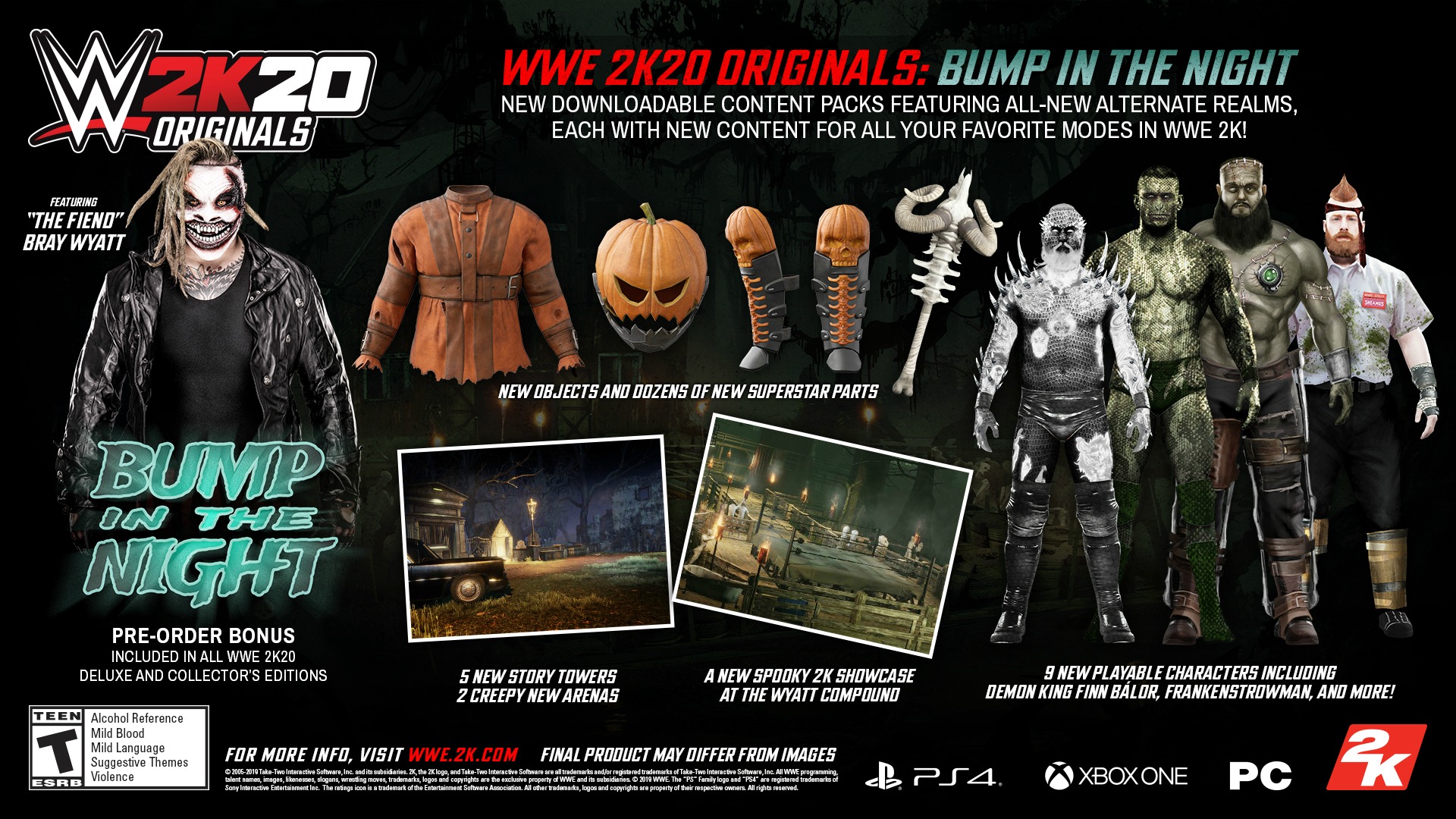 Add the most unsettling Superstar in WWE to your WWE 2K20 roster!

An alternate “Swampfather” version of Bray Wyatt has amassed otherworldly power, becoming an embodiment of the swamp itself. He lures Finn Bálor to his compound to recruit Finn’s Demon into his group of powered Superstars, which he calls his “Family.” Finn is forced to fight in a series of matches against members of Wyatt’s Family until finally, the power within Finn Bálor is unleashed. Exclusive commentary brings the story to life.

“The Fiend” – “The Fiend” Bray Wyatt stars in his own tower
“All Fed Up” – “Fed-Up” Sheamus is forced to take on some of his former fellow Superstars, who have all become zombies
“Nowhere to Run” – “Twisted” Nikki Cross looks to “play” with other Superstars in her own twisted game
“One of the Family” – “The Swampfather” Bray Wyatt decides to bring on one of his past recruits. Can Daniel Bryan avoid becoming one of “The Swampfather’s” thralls?
“Nowhere to Hide” – “Survivor” Mandy Rose has had enough of “Twisted” Nikki Cross and her games. She’s going to do what she can to put an end to the madness

It’s almost unbelievable that all this amazing Bump in The Night content is included with your #WWE2K20 pre-order at no additional cost*. And if you opt for the WWE 2K20 Deluxe or Collector’s Edition, you’ll also have access to the complete set of WWE 2K20 Originals downloadable content packs releasing down the road, each with a different theme and comparable amount of content. WWE 2K20 Originals: Bump in the Night will also be available for individual purchase at $14.99.

Pre-order WWE 2K20 now and let “The Fiend” Bray Wyatt in, along with the rest of WWE 2K20 Originals: Bump in the Night’s frightening offerings.
source

Dean Ambrose will now be played by Harvey Wippleman and have a rating of 0.
Top 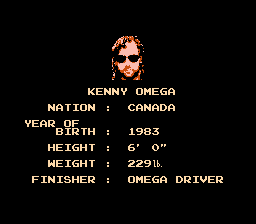 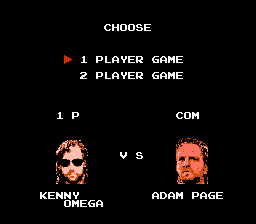 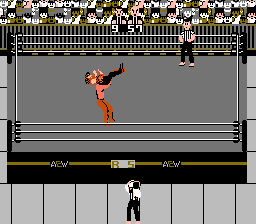 All Elite Wrestling is a new promotion featuring some of the most exciting performers in the world including Kenny Omega, Cody Rhodes, Chris Jericho, Jon Moxley, Adam Page, and many more. This game changes Pro Wrestling for the NES into AEW Wrestling. Enjoy!!

That's cool. They should romhack WWF Royal Rumble/Raw too as they use similar graphics on the BTE intro.
Top 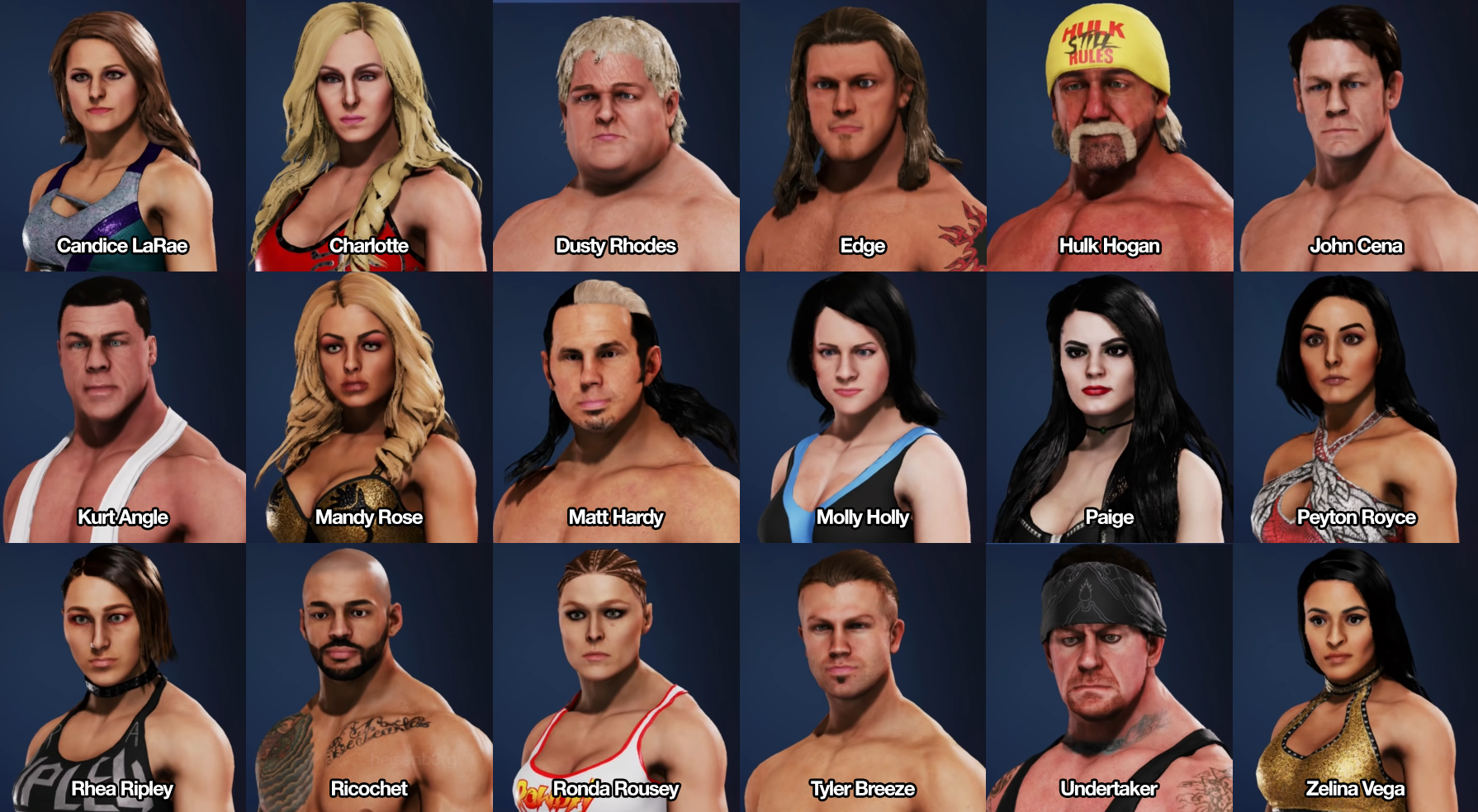 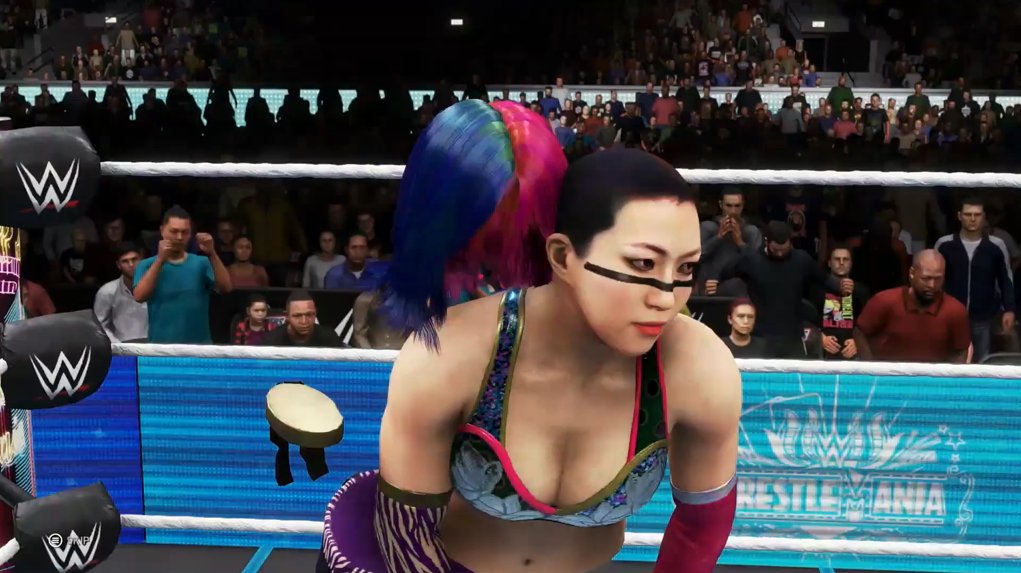 When comedians fail on the stage and have to fall back on their college minor in writing to land a job.
Top

Um, I think I'm skipping this one.
Top

Apparently Yukes dropped out during development and the 2K staff had to finish the game off.