Speaking of FPW, is there a way for it no to have to load up the characters from the Steam Workshop each time you play. Because it takes an hour or so to do that. I also have duplicates of the same wrestlers so is there like an offline editor where I can take out who I don't want then add them again at a later date?. I mainly have ECW, classic WWF, WCW, classic AJPW, NOAH (some crossover with All Japan with Kobashi, Misawa etc), FMW, NJPW and old school Legends. Thanks
Top

Found this which should work

I might break up the saves into different promotions. Shame there's no way to import edits and have them replace the generic CAWs.
Top

The History of SmackDown!

After all the talk, all the speculation, all the chatter on the dirtsheets, it has finally arrived. 'The History of SmackDown!

A preview version has been released

Jr Heavyweight DLC is now available. Marty is one of the Juniors so what this indicates regarding his future with ROH/New Japan I'm not sure. He has a ROH world title match against Jay Lethal on April 6th at MSG on the G1 Supercard

I definitely think Marty is leaving for AEW. But he could still work for New Japan. The only reason Omega isn't is because he had issues with Harold Meij, but I don't think Scrull did. He wasn't there as much as Omega was.
Top

OK thanks. Yea that seems a possibility, I think unless he's signed again with ROH, they'll go with Marty winning the NWA title from Nick so Cody gets another NWA world title shot at DON. I don't believe AEW are making guys sign contracts were they have to be 100% exclusive either so that would work. I can see New Japan working with AEW once they are more established.

I believe it was either the Bucks or Kenny who said they left both Ring of Honor and NJPW on good terms. Ideally they should work with both anyway since it expands their talent pool and if they could bring in Tana, Okada, Naito, Ibushi et al even short term that would add a ton to their product.
Top

That game was the shit for a year until WCW/nWo Revenge came out on N64 and was more fun to play. But the Nitro game was never good, it looked great for the time, but the controls sucked.
Top

WCW Vs The World was good fun for its time. I rented it a few times and usually played as Eddy, and enjoyed making Flair bleed.
Top

It was sorely needed at the time as well since the games WWF made after leaving LJN weren't that great. So you hadn't played a good wrestling game in 3 or 4 years before it came out.
Top


That game was the shit for a year until WCW/nWo Revenge came out on N64 and was more fun to play. But the Nitro game was never good, it looked great for the time, but the controls sucked.

Yea, I believe it was made a bit later than WCW World Tour for N64. I think its one of the better wrestling games on the PlayStation. The control system wasnt up to much though. I can't remember if the Dualshock pad was out then but if so they could have used a similar control system to the N64 THQ games with the control sticks. AKI nailed the controls for the 64 though, they still are the easiest pick up and play wrestling games. WCW/nWo still is a great game now, solid roster (same there's no Naitch) and if they added a CAW option that would have been better. I also like World Tour, should have added the editor that VPW 64 had, plus they had more wrestlers. It was made a bit later though.
Top

I don't really remember World Tour even though I had it. I didn't play it much because by the time I bought it (I got it later because I didn't get an N64 until Christmas 1998 and was just playing Playstation) the WWF games were starting to come out and so did Revenge. So World Tour already felt old since Revenge and Wrestlemania 2000 were so much better. I think I may have traded World Tour after a few months to my cousin for NFL Quarterback Club.

It is a good game, only thing it needs a controller pak memory card to save the hidden characters you unlock. I liked it as it has other non WCW wrestlers too. Had they ported over the editor then the fake names could have been correctly named and made it better.

At the Chicago Comic Con they were at, The Bucks and Kenny were asked about a AEW video game. By how they were responded to the question it indicates maybe something is already in the works with SynSophia who of course made all the classic N64 WCW/WWF games.

Spike Chunsoft has announced that a new DLC scenario is being developed for their wrestling sim Fire Pro Wrestling World. What makes this announcement particularly special is that it's being penned than none other than esoteric game designer Suda51.

What some may not know is that Goichi Suda cut his teeth in the industry on the legendary wrestling series, writing and producing the excellent 1994 release Super Fire Pro Wrestling Special for the SNES (his second FPW title). Suda's story mode, however, was incredibly dark. Starting out as a young rookie, the player character attempts to build their career as a wrestler on the world circuit, partaking in matches and tournaments, defeating opponents and making a name for themselves. All good so far, right?

As the story progresses, things take a grim turn. The player character's coach is murdered, the player accidentally kills their best friend in a match, and world champion Dick Slender (a thinly-veiled Ric Flair clone) straight up murders your tag-team partner in the ring. Eventually, our hero faces off against Dick Flair, a decision that causes his girlfriend to leave him. Defeating Slender and becoming world champion, the player character then goes home and shoots themselves in the head. Straight up.

Sooo... Here's hoping that Fire Pro Wrestling World's upcoming DLC, The Vanishing, is a little more hopeful and features just a tad less, you know, death and abject misery. There has been no date announced for The Vanishing, but we'll keep you informed when more information is made available. 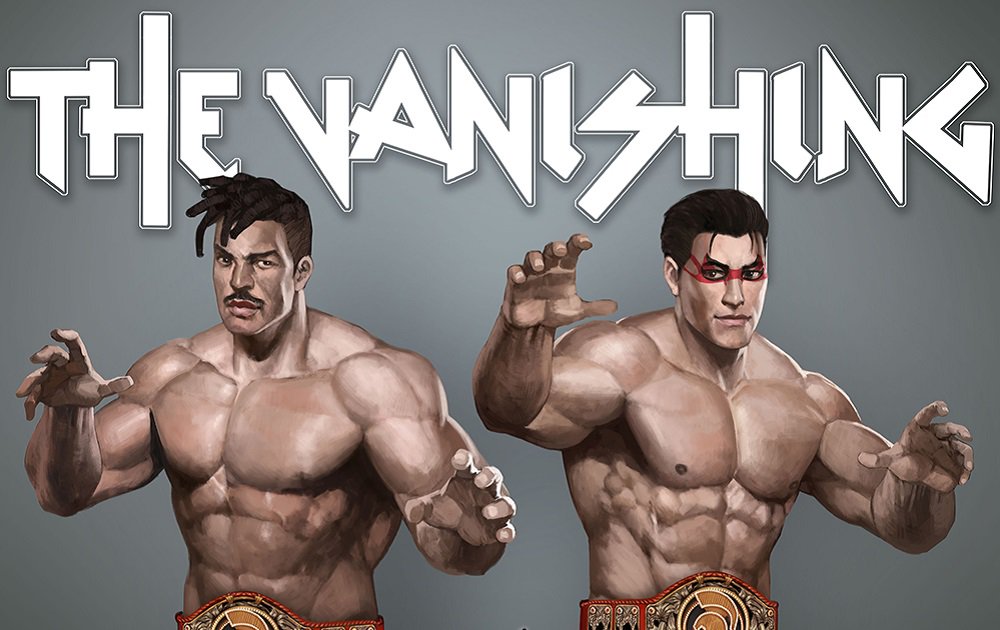