Another high quality adventure, I'm sure... 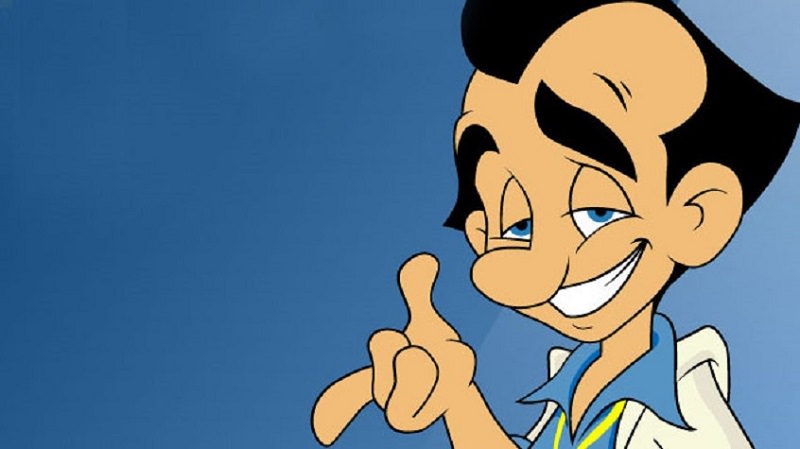 Unreal Gold Edition free on Steam & GOG, its another 48 hour giveaway
https://store.steampowered.com/app/13250/Unreal_Gold/
not sure why that link is showing a bundle of Unreal games rather than just that free one but its easy to get to if you search Unreal Gold
https://www.gog.com/game/unreal_gold
Top

Last week, controversial FPS Active Shooter debuted on Steam, pitting players in the shoes of a school shooter tasked with taking down as many people as possible. Valve has since responded to the criticism that the title has drawn, removing it from the platform.

Active Shooter arrived in the wake of Santa Fe High School shooting in Texas just one-week prior, causing mass outcry against the title. Demands from anti-gun charity The Infer Trust have proven fruitful, causing Valve to launch an investigation into the title, alongside developer Revived Games and publisher Acid.

Valve has since removed all titles from both the developer and publisher, citing creator Ata Berdiyev as a “troll” with “a history of customer abuse, publishing copyrighted material, and user review manipulation” in an interview with Kotaku. 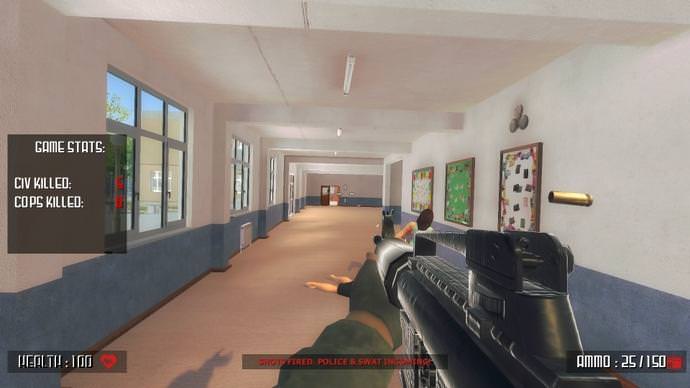 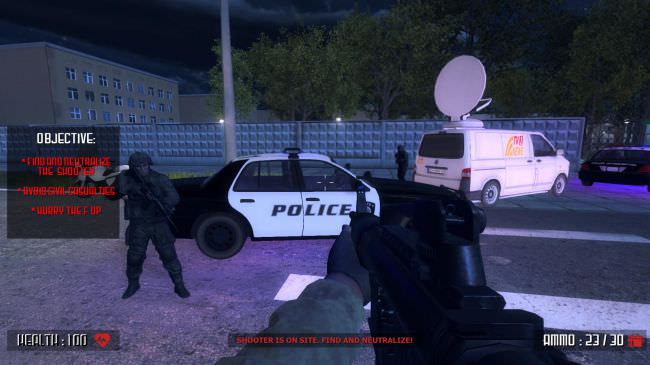 This isn’t the first time that Berdiyev has faced consequences on the platform, as Valve has removed the creator from Steam when he was previously operating under ‘[bc]Interactive’ and ‘Elusive Team’.

Valve’s reasoning behind Berdiyev’s exile from the platform seems to relate more to his business practices and previous offenses than that of the controversial content, which could be the reason that the similarly controversial Hatred is still available for purchase.

“The broader conversation about Steam’s content policies is one that we’ll be addressing soon,” Valve describes moving forward from the debacle. One this is clear, however, and that is Valve refusing “to do business with people who act like this towards customers.”

KitGuru Says: It seems odd to me that a repeat offender on the platform would draw attention to themselves with such a controversial title. If made by a more reputable developer, was Active Shooter something you would have considered purchasing?
source
2 news vids about it

As a fan of the Postal series (apart from 3 obviously) & Hatred I'm rather dissapointed that I only heard of this with the news its gone from Steam, may have to try to find it elsewhere to try out, this Washington Post vid just makes it look fun
Top

had to put it that way as for some reason the link wasnt sowing up right the way Steam ones normally do, no clue why
Top

Fortified, Free Until June 8 at 11am Pacific

Just Cause 4 confirmed, thanks to early Steam advertisement 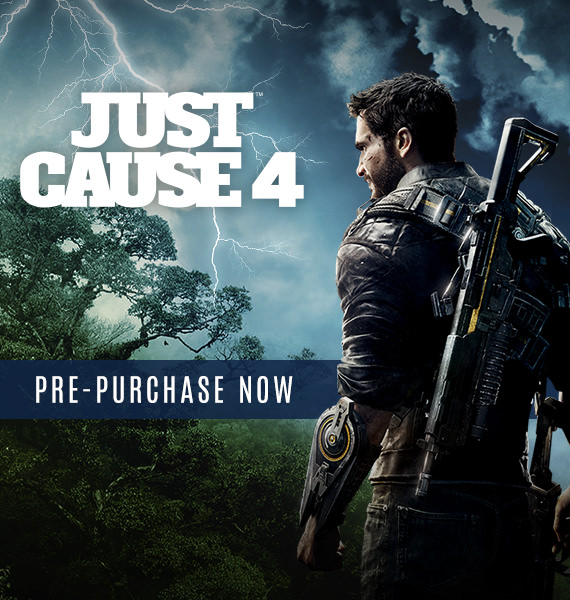 Just Cause 4 definitely exists, and it's definitely coming to Steam. We were led to expect as much thanks to a leaked Walmart document last month, but now an advertisement for the game has appeared prematurely on Steam.

Kotaku spotted the advertisement first (embedded above). Not long after, Wario64 posted the image on Twitter. According to the former, clicking the advertisement only leads to the Steam front page, and there's not currently a store listing for the game. The ad wasn't delivered to me when I logged into the Steam client, so it could have been removed already.

It's the latest in a series of pre-E3 leaks, most of which can be traced back to that bothersome Walmart list. Rage 2, Assassin's Creed Odyssey and a new Splinter Cell game were among the highlights of that leak, with Splinter Cell the only major title we've yet to have verified from another source.

Whatever the case, here is a handy list of the E3 2018 press conferences. Square Enix's conference takes place at 10am Pacific on Monday (6pm BST, 3am AEST), so we'll likely get confirmation then.
source
Top

Layers of Fear free on Steam

While controversial school shooting simulator Active Shooter was removed from Steam at the end of last month, it has remained purchasable directly through Acid Software’s website. Unfortunately, it’s just lost the support of one of the biggest means of payment, as PayPal has barred the publisher from using its services.

At some point surrounding its removal from Steam, Active Shooter also found itself banned from selling on crowdfunding platform Indiegogo. Acid Software had just about got its own website up and running on June 12th in its attempt to “fight for our rights and freedom of expression.”

The publisher began experiencing problems with PayPal just one week later, with the payment platform effectively disassociating itself with the publisher on June 19th, prompting Acid Software claiming it is in talks to resolve the problems.

We are experiencing few issues with #Paypal now. So if you are having issues with purchasing #ActiveShooter from the Acid Software, please wait for us to resolve the issue.

“PayPal has a longstanding, well-defined and consistently enforced Acceptable Use Policy, and regardless of the individual or organization in question, we work to ensure that our services are not used to accept payments for activities that promote violence,” PayPal explained in an interview with The Associated Press.

This differs from Valve’s reason for removing Active Shooter on Steam, with the platform highlighting Acid Software founder Ata Berdyev as “a troll, with a history of customer abuse, publishing copyrighted material, and user review manipulation.”

Despite the statements from Valve and PayPal, Berdyev complained to The Associated Press that “everyone in US is trying to censor us, whilst not explaining what exactly we are violating.” For the time being, Active Shooter is listed as “out of stock” on the publisher’s website while it works to resolve payment problems, however the demo remains available.

KitGuru Says: While I fundamentally disagree with the premise of the game, I agree that the developers have a right to freedom of speech. I’d personally be more concerned on the supposed dodgy past of Berdyev and whether I’d get what I’m paying for. Do you agree with PayPal’s decision to ban Acid Software from its service?
source
Top

Aliens: Colonial Marines' AI problems may have been due to a typo

Aliens: Colonial Marines released in 2013, and the internet was immediately flooded with bad reviews, criticising several aspects from its AI to its graphics and how much the game differed from its original gameplay reveal.

AI was a particular sticking point for the game, with alien Xenomorphs which stumbled around the game world like drunks, frequently getting stuck in walls running around in circles or stand still in locations waiting to be shot by the player's plasma rifle.

As it turns out, many of these issues can be attributed to a typo, the addition of a single letter in a .INI file which mucks up Colonial Marines' AI. Fixing this error in the developer's code has been able to fix a lot of the game's AI problems.

A modder called jamesdickinson963 on ModDB recently pointed out this severe typo in a recent post, revealing that a game developer accidentally spelt "Tether" with an a to spell "Teather". Here is a link to his full post.

Inside your games config file (My Document\My Games\Aliens Colonial Marines\PecanGame\Config\PecanEngine.ini) is the following line of code :

PC Gamer investigated this issue and played the game both with and without a fixed/typo-free INI file, confirming that the game's AI sees significant improvement.

Below is a short video clip which showcases some of the sluggish and erratic movements of the Alien Xenomorph, showcasing a brief section where a Xenomorph stands still, waiting to be shot by the player's plasma rifle. The clip below showcases the game before this typo is addressed.


In the second clip, which uses fixed/typo-free game code, we can see that Alien/Xenomorph movement is more reactive, allowing opponents to charge and lunge at players more often and spend less time stuck on walls or standing in a seemingly thoughtless daze.

With the fix in place, Xenomorphs are much better at keeping track of players and act a lot more aggressively, which could make the game a lot more difficult when battling against a larger number of Xenomorphs.


While the game remains far from perfect with this fix, it is hard to see this change as anything aside from a significant improvement for Aliens: Colonial Marines. It is amazing how much can go wrong because of a single typo.
source if the vids aint working go to the source to see them, for some reason they didnt play in FF but did in Chrome for me
Top

An open-source remake of SimCity 2000, called OpenSC2K, has been taken offline at the behest of Electronic Arts.

EA filed a Digital Millennium Copyright Act (DMCA) request to take the game down. It points out that OpenSC2K uses assets from SimCity 2000 which are copyrighted and, in an accompanying notice, EA pointed out: “Assets from the game are being infringed upon. An authorized and legitimate copy of the game can be found available for purchase here.”

In the OpenSC2K readme, extracted as part of a thread on Hacker News, OpenSC2K developer Nicholas Ochoa said: “These assets are NOT covered by the GNU General Public License used by this project and are copyright EA / Maxis. I’m including these assets in the hope that because the game has been made freely available at various points in time by EA, and because it’s 24 years old as of publishing this project that no action will be taken. Long story short, please don’t sue me!”

Alas, as described above, EA is still selling SimCity 2000, so the DMCA takedown notice was inevitable. Ochoa does have a plan to get Open SC2K back up and running: he told TorrentFreak: “I was never contacted by EA or GitHub prior to the takedown – I received notification after the fact from GitHub. Nobody from EA has reached out since and I’m still waiting for GitHub to review my request. My plan right now once the repo is restored is to remove the copyrighted content and provide instructions on how to extract the assets directly from the original game files.”

That, however, sounds a tad ill-conceived, since the DMCA request clearly states: “”The current audio visual output of the repository creates content that infringes on Electronic Arts copyright. As long as that continues to happen, no other changes other than removal is sufficient to address the infringement.”
source didnt even know it was a thing, now it aint
Top

Orwell, free at humblebundle for aproximatly the next 1 day 22 hours & 46 minutes from time of post anyway, no good to me as it looks like the game has way to myuch to read but could be useful to some of you
https://www.humblebundle.com/store/orwe ... ent=Banner
Top

Active Shooter is now Standoff with modes to play as a SWAT guy, a civilian trying to escape or what I suspect everyone would do the maniac shooting up the place, didmt see if its got single player or multi only though (it either didnt saw or I missed it not sure which)
Top
Post Reply
366 posts