Valve's Steam Link streaming solution has evolved a lot over the years, moving from its dedicated hardware solution to become an app that is available on Samsung Televisions, PCs and Android devices.

With the Steam Link app being available for free on Android, there is now little reason to purchase a new Steam Link device, outside of the latency benefits of using a wired ethernet connection over WiFi signals. Valve has confirmed that stock of their Steam Link hardware has been sold out in Europe and that supply of the device in the US is about to dry up, effectively killing off the device's retail presence.

Valve has discontinued their Steam Link box, but that won't spell the end for the hardware and its ecosystem, with Valve planning to continue supporting the device while continuing work on Steam Link's software releases.

The supply of physical Steam Link hardware devices is sold out in Europe and almost sold out in the US.

Moving forward, Valve intends to continue supporting the existing Steam Link hardware as well as distribution of the software versions of Steam Link, available for many leading smart phones, tablets and televisions. Click here to find out more about the Steam Link App.

While Valve has attempted to release their Steam Link app on iOS devices, Apple's terms and conditions have become a stumbling block for application due to its links to Steam, an external gaming storefront. At this time it is unknown whether or not the Steam Link app will ever come to iOS.
source so much for snagging a cheap one to play Postal 2 from my sofa then
Top

The only time I want to hear about Valve these days is if the words "Half-Life", "3", and "confirmed" are there.
Hank Azaria not playing Apu on the Simpsons will make the role as irrelevant as the Simpsons has been as a series since 1999!
Top

Also.. Does anyone else miss when Valve were a developer?? I mean.. they made some pretty great games and perfected the FPS genre...

Valve are no longer a developer. They have an upcoming digital card collecting game and that’s it… Only 4 years after Blizzard.

Blizzard branched into FPS WAYYYYYYYY!!! after Valve perfected it (Overwatch). Valve are hitting back by taking mods based off Warcraft (DOTA) and making a shitty fucking card game when all their fans have wanted for ELEVEN GOD DAMN YEARS is another GOD DAMN HALF LIFE GAME....
Hank Azaria not playing Apu on the Simpsons will make the role as irrelevant as the Simpsons has been as a series since 1999!
Top

The Epic Games store is now open, featuring awesome high-quality games from other developers. Our goal is to bring you great games, and to give game developers a better deal: they receive 88% of the money you spend, versus only 70% elsewhere. This helps developers succeed and make more of the games you love.

The first games on the store are Hades by Supergiant Games, Ashen by Annapurna/A44, and Hello Neighbor: Hide and Seek by tinyBuild, and they’re available now!

Hades is the rogue-like dungeon crawler from the creators of Bastion and Transistor. It is available in early access, with updates to come every month until full release later in 2019.

Ashen is an action RPG about a wanderer in search of a home. You can forge relationships in the game, inviting other players to join your camp - they might just help you succeed.

Hello Neighbor: Hide and Seek is the prequel to Hello Neighbor, the stealth horror hit. Find out what happened right before the events of the main game.

The store will also feature one free game every two weeks throughout 2019. Epic is funding these free releases so you always have something new to come and check out. The first free game will be Subnautica, available from Dec 14th to Dec 27th, followed by Super Meat Boy from Dec 28th to Jan 10th.

The Epic Games store will be growing throughout 2019 and beyond, as it opens up more widely to other games.

Steam
Battle.net
Origin
Ubisoft play
That GOG one
And now this.

One place to get all my games would just be amazing... like steam used to be.

Hope all these stores take people and money away from valve and they’re about to go tits up so they can get off their asses with a new half life game...

Recently half life turned 20... there were 9 years of games, and 11 years of fucking nothing
Hank Azaria not playing Apu on the Simpsons will make the role as irrelevant as the Simpsons has been as a series since 1999!
Top

You forgot the Windows Store.

That’s 2 places!! Lol
Hank Azaria not playing Apu on the Simpsons will make the role as irrelevant as the Simpsons has been as a series since 1999!
Top

Also, how did I forget windows store... what with their huge library of minecraft, solitaire and candy crush???
Hank Azaria not playing Apu on the Simpsons will make the role as irrelevant as the Simpsons has been as a series since 1999!
Top

And Forza + Gears Of War.
Top

Ashen, Satisfactory, Hades, Journey, The Pathless and Maneater are Epic exclusives (not available on other PC storefronts).

There Will be Blood (Once More)

There has been some hankering for late 90’s PC game nostalgia recently. THQ Nordic has purchased the rights to make ‘Carmageddon’ and EA is remastering their Command and Conquer RTS series. Now, classic first-person shooter horror ‘Blood‘ from Monolith Productions is getting a remaster.

The original came out all the way back in 1997. You can actually get the original plus add-ons via Steam or GOG. It is so old that it is actually a DOS game running on DOSBox for Windows.

The game itself uses the same ‘Build Engine’ as Duke Nukem and Shadow Warrior. However, Blood is a very unique game that is much different from other FPS games of the era. In fact, no other game has been able to capture or remake its essence even after 20 years.

In fact, I dare say it is the best Build Engine game ever made. It accomplishes a lot in terms of genuine horror moments with otherwise primitive 3D technology by today’s standards. The screenshots are not enough to do this game justice. It simply must be played through again.

“Blood stood up extremely well over time and we are taking care to preserve all the qualities that made the game so special,” producer Daniel Grayshon said. “It really only needs minor updates to provide a better user experience for contemporary audiences.”
Who is Doing the Blood Remaster?

Night Dive Studios, the same company that has updated Turok 2: Seeds of Evil, and System Shock are handling the remaster.

If you have played any of Night Dive’s recent remaster then you will know what to expect. It will be available for Windows PCs with updated audio, while preserving the core game system.

So far there are no definite target launch dates announced yet.
source
Top 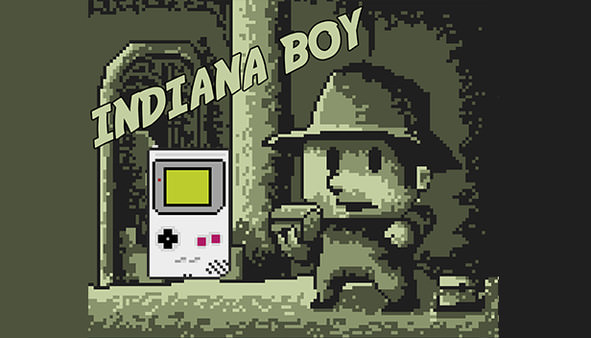 Immerse yourself in a fantastic adventure with Indiana Boy. Help Indiana recover all the treasures and keys, but watch out for every move you make, in this puzzle game you can relive the graphics and emotions of the legendary Game Boy. Indiana Boy is strongly inspired by the Game Boy era, if you're a nostalgic this is the game for you.

* Help Indiana recover the keys and the treasures

* Take advantage of the environment around you

* Relive the era of the legendary Game Boy 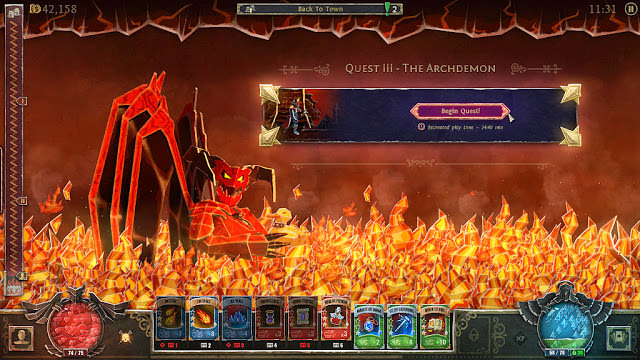 Book of Demons is a Hack & Slash Deck-building hybrid in which YOU decide the length of quests. Wield magic cards instead of weapons and slay the armies of darkness in the dungeons below the Old Cathedral. Save the terror-stricken Paperverse from the clutches of the Archdemon himself!

- 70+ different types of monsters, with different traits and custom mechanics

1993's DOOM is undoubtedly a PC gaming classic, holding a place in the hearts of gamers over 25 years after the game's launch. Graphically, DOOM was a showstopper in its heyday, so much so that it took several console generations before the game was delivered outside of PC in its full glory.

While DOOM's graphics have undoubtedly aged since 1993, DOOM's pixel art style has allowed it to age better than most early 3D titles, but that doesn't mean that the game couldn't use a good graphical overhaul, an effort that has now been completed by modders though the use of AI/Deep Learning.

Modding DOOM's texture files wasn't easy, as the process is a little more complex than running the files through the AI and releasing a WAD file. hidfan needed to upscale each texture to 8x, to later downscale the image to 2x to deliver the pixel art look that DOOM is known for. All textures also needed to be cleaned up to hide AI artefacts and restore their original colouration and transparencies. Even so, this process took a lot less time and effort than making all-new textures from scratch.

Below is an example of what was achieved through AI upscaling and the efforts of hidfan, maintaining the feel of DOOM's original artwork while offering a staggering increase in detail. 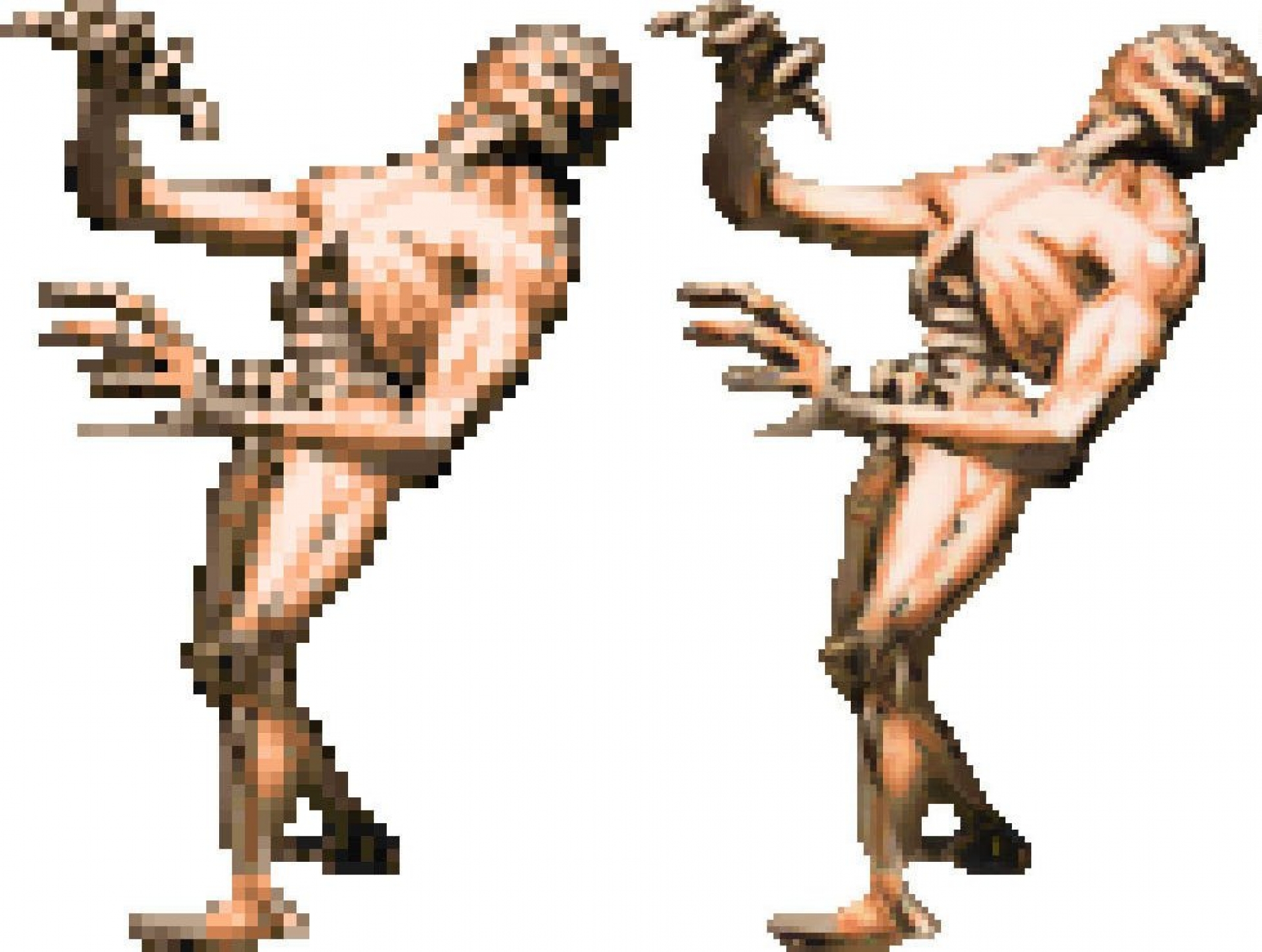 hidfan's DOOM Neural Upgrade X2 pack is now available on the Doomworld forums, as a 94MB download from Google Drive. These files, and installation instructions, are available to download here.

Moving forward, AI is likely to transform the world of modding, at least in the world of graphical mods and the creation of high-resolution texture packs. It will also be interesting to see if any developers use the same approach when creating future HD game remasters.
source
Top

Lego: Lord of the Rings and The Hobbit Games Have Been Delisted From Steam

The licensing Balrog strikes again, taking another two games from the Steam store.

Both LEGO: Lord of the Rings and The Hobbit are no longer available for purchase on the platform.

This was first spotted by Reddit user SuperMoonky, whose elf eyes spotted the disappearance on January 1.

The most likely explanation is an issue with the license. Despite being charming and solid fun, it’s not like these titles have been WB Games’ most lucrative efforts in recent years. They will most likely be more focused on the Middle Earth: Shadow Of series.

Both games were free on the Humble Store last month, most likely in anticipation of this decision. It’s a shame to see more games drop from sale on digital platforms, which sets a worrying precedent (these titles first launched in 2012/2014.)

This sets an uncertain future for many licensed games. There’s not much you can do beyond making sure you own the games before they drop, or finding a way to secure them on a platform that doesn’t use DRM.
source
Top 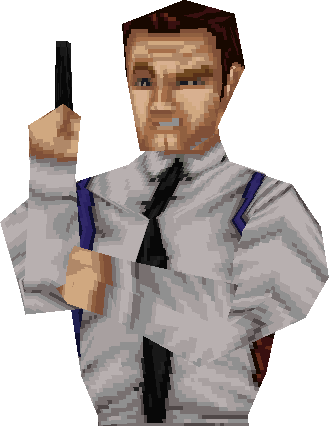 The spy who shot me™ is a comedy arcade-like FPS...

Didn't see any comedy in trailer.. PASS.
Hank Azaria not playing Apu on the Simpsons will make the role as irrelevant as the Simpsons has been as a series since 1999!
Top


Game features:
- Receive smuggled shipments from the cartel- Safely make your way to your hideout with the merchandise
- Create your own recipies, divide portions to prepare dope for sale
- Organise your distribution starting from singular junkie sales up to wholesale transactions with local gangs
- Strategically avoid police patrols and DEA ambushes
- Raise your influence and gain territory. Hire or bribe people, make deals with gangsters or simply shoot your way to domination.
- Grow your business, invest your money and face new dangers and dilemas as you climb the criminal ladder.
Top