Can't wait to finally adapt my special Brian the Hedgehog character into an official title! Half of DeviantArt users just had a collective orgasm.
Top

melancholy wrote:Half of DeviantArt users just had a collective orgasm.

I can just see the programmer. "Why do we keep getting a request for a penis slider?"
Top

melancholy wrote:Nope, not falling for that trap. Sonic Mania is the only worthwhile Sonic coming out this year and they will be hard-pressed to convince me otherwise.

I think I read somewhere that they bought in a bunch of Sonic rom hackers for the level design, which gives me more hope for Sonic Mania than if Sega were working on it.
Top

Yeah, Taxman and his group are awesome.
Top

So literally out of nowhere, Gameloft dropped a sequel to Sonic Runners yesterday called Sonic Runners Adventure, but only in Russia and the U.K. Being a fan of the original Sonic Runners concept, but a hater of its constant nagging pay-to-win system, I'm glad to hear that there is a paid version this time that removed all the pay-to-win and gambling content. That constant bombardment to pay real money was easily the biggest reason the original failed, because under all that shit was pretty good gameplay.

Now I just need to pray for an iOS release soon.
Top

"Do a barrel roll"

Watching Sonic forces, can't help think that they could have bought in Choice Provisions to make a Sonic Runner game.
Top

Where the fuck is a fan game for Big the Cat?
Top

"For years the Sonic series has chased the legacy of its early games, constantly delivering experiences that either came close or failed to recapture the spirit that made them classics. Whether it was by getting wrapped up in story or putting too much emphasis on speed instead of level design, the newer games lost track of what made the originals great. Sonic Mania methodically uses its sentimental appeal to great effect, but in the process, it heals the wounds inflicted by its most disappointing predecessors and surpasses the series' best with its smart and interpretive design. An excellent 2D platformer, Sonic Mania goes beyond expectations, managing to be not only a proper evolution of the series' iconic formula, but the best Sonic game ever made." -- Matt Espineli

"Still, even when Sonic Mania stumbles a bit, it's only on little speedbumps in the road. For every issue I had, it didn't take long before I was enjoying myself again, eagerly anticipating what sort of wacky wonders the game would throw at me next. It truly is the classic throwback longtime series fans have been clamoring for, but there's plenty to love here even if you didn't grow up with a Genesis. Sonic Mania is a stellar example of a retro revival done right." -- Heidi Kemps

"Mania takes everything that was memorable about Sega's pioneering 2D platformers--that joy in momentum always teetering on the brink of disaster, the deranged magnificence of those levels, the mournful bassnote as poor, faithful Tails stampedes into all the traps you've just triggered in passing--and rejuvenates it, to the point where you can only put down the pad in astonishment. Sonic the Hedgehog happened, everybody. He's supposed to be all washed up--gaming's Birdman, a balding, leather-jacketed C-lister they wheel on whenever some Mario crossover finds itself short on backing characters. How the hell is this possible? It's possible because for a small group of dedicated aficionados, the blue blur's halcyon period never ended. What's old has become new, and Sonic is once again the star he was supposed to be." -- Edwin Evans-Thirlwell

"Sonic Mania is forcing me to use one of the most forbidden cliches in a reviewer's lexicon. The mileage you get out of it will depend significantly on what you want it to be. As a synthesis and expression of a specific era of Sonic, Sonic Mania is devout toward its inspiration, for devout fans of Sega's beleaguered mascot. If more of what Sonic is what you want, then this is very much that, but more, and bigger, and faster. But for me, as someone with fond memories but key criticisms, Sonic Mania seems content to paint over some of the series' problems rather than fix them, making for a game that falls a little short of what might have been." -- Arthur Gies

"During its best moments, Sonic Mania feels like a Sonic fan's dream game. Now that that dream is fulfilled, maybe it's time for a new dream. Like an ideal, hypothetical Sonic 5 in the vein of Mania where we get only new levels thrown into the mix, instead of mostly remixes." -- Caty McCarthy

"A return to the series' roots in every sense, Sonic Mania is a joyful reminder why the franchise became such a hit in the first place. Though it's content with reliving past glories, it does so exceptionally well. Exciting level design, a stellar soundtrack, and cool expansions on the original formula work in one accord to deliver the Sonic game fans have been waiting for." -- Brian Shea
Top

PC version is delayed for another week and a half, so here I wait

- Bosses are pretty inventive
- Bonus stages for emeralds are actually based on skill and not rote memorization (I'm look at you Sonic 2)
- Gameplay is tight: Tails is actually helpful for single player, new drop dash is nice
- It's actually frustrating to play a Sonic game I don't have memorized

They delayed the game for 2 weeks on PC to add Denuvo, it was cracked only 8 days after release.

So I'm bumping this thread because, against my better judgement, I bought Sonic Forces today.

And....it's good. Like, actually really good. After my complete disappointment with Sonic Mania strictly due to it's over-reliance of older stages (I paid to play new Sonic levels, not ANOTHER fucking remix of Chemical Zone), I thought there was no hope of ever getting a good Sonic game again. Little did I know I would now be playing possibly the best 3D Sonic game in a decade (Generations is good, but see my previous complaint about Sonic Mania). The stages are admittedly short but focused, the graphics are gorgeous with some awesome set pieces (I replayed a couple stages just to watch the backgrounds), and a good chunk of the game has some great music (though some of the songs have lyrics that get stuck in your head like City Escape).

In fact, there really is only one major flaw that holds it back: it's short. Like, REALLY short. I've beaten half the stages in under 2 hours. Getting all the red coins and S ranks certainly adds some length, but even I'm guessing the whole affair will only take 6 or so hours. At $40, and even at the $30 I paid for it, there's really just not content there to make it worth the price. But what is there is extremely good.
Top 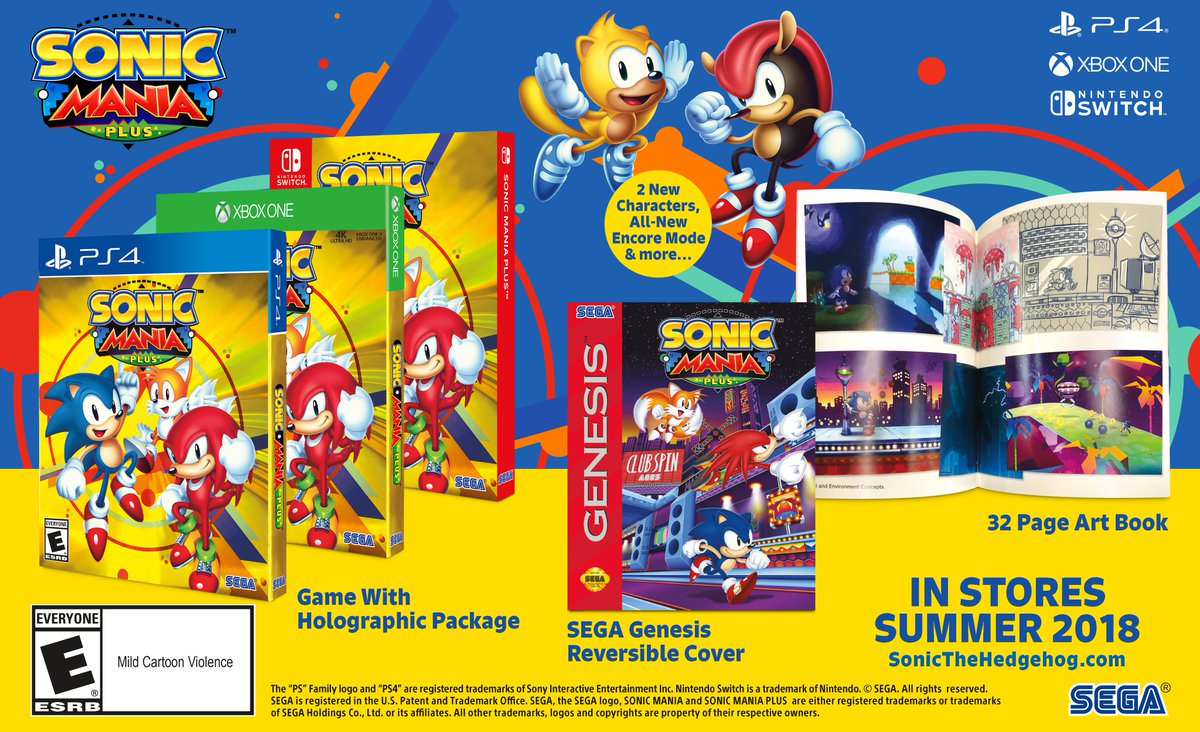