most of it seems rather 'meh' but at least Saints Row 2 is there, reminding everyone of where the insanity began
Top

Microsoft’s big first-party games showcase is coming up very soon and eagle-eyed fans are already picking up on some clues for announcements. The most recent information found indicates that Fable and Perfect Dark games will be revealed.

In the build-up to big announcements, companies will usually set up placeholder social media accounts in preparation. Recently, new accounts for Fable and Perfect Dark were created. One is followed by a Microsoft employee and another is registered to a Microsoft email address, indicating that they are official.

Unfortunately, no other information can be gleamed from this accounts at this point in time. These accounts will likely be updated and made public as soon as the new announcements come through in July.

So far, rumour suggests that Playground Games is working on the next Fable game, while Microsoft’s newly setup studio, The Initiative, is working on Perfect Dark.

Microsoft Discontinues the Xbox One X & Xbox One S Digital

With the release of the Xbox Series X expected around November this year, it was only a matter of time before Microsoft would start ending production of its current-gen systems. With most expecting that to happen around early 2021, however, in a report via The Verge, Microsoft has confirmed that both the Xbox Series X and Xbox One S (Digital Edition) are both officially in the discontinuation process right now!
Microsoft Discontinues Xbox One X & Xbox One S (Digital)

While Microsoft still plans to continue making the standard (non-digital) Xbox One S, they have confirmed that their high-performance Xbox One X and Xbox One S (digital release) consoles have now both officially entered their end-of-life phase with production set to be halted in the very near future. Specifically, so the resources can be reallocated to making more Xbox Series X systems.

“As we ramp into the future with Xbox Series X, we’re taking the natural step of stopping production on Xbox One X and Xbox One S All-Digital Edition.”

It has been suspected for quite some time now that Microsoft was slowing down the production of their existing systems with some consumers reporting difficulties in finding the consoles for sale. While the standard Xbox Series S will remain active for the immediate future, however, if you were hoping that the launch of the Xbox Series X would result in some great deals on their current-gen platforms, it seems you might be set for more than a little disappointment!
source
So the Xbone Sad lives up to its name by dying so quickly
Top

Is already gone.
Can state with almost some certainty, the xbox PATHETIC will one day be worth HUGE money as surely no one was stupid enough to buy one when the real slim was like $30 more.

I’d buy a PATHETIC PS5 or PATHETIC series x, but the price would have to be quite a lot cheaper than the normal non PATHETIC varieties.
Hank Azaria not playing Apu on the Simpsons will make the role as irrelevant as the Simpsons has been as a series since 1999!
Top

For the price of an XSX you could buy an average 1080p PC. Bargain!
Top

The Xbox Showcase starts in about an hour.

I'm happy for Tetris Effect! I'm sad for the lack of Perfect Dark

Ooo I missed that the first time, sweet!

Ooo I missed that the first time, sweet!

As soon as I heard the song playing in the trailer I was like "that's Tetris Effect!" and now with multiplayer!
Top

Multiplayer is free on Xbox ATM. A free weekend or is it now free forever?
Top

While we have known about the existence (or more specifically, the naming) of the Xbox Series X console for quite some time now, back in June rumors emerged suggesting that Microsoft would also be launching a more budget-focused alternative to their next-gen console. Namely, the Xbox Series S.

Despite there not being any official confirmation of this (yet), however, a report via Videocardz has found that a third-party controller manufacturer may have just accidentally let the cat out of the bag!

So, what exactly is the Xbox Series X going to represent? Well, at the moment it is just mostly theory. If the rumors are correct, however, then it will have (roughly – and when compared to the Xbox Series X) half the RAM, a third of the TFLOP power, but will be primarily aimed towards the 1080p and 1440p market. In other words, a cut-down version that will presumably come with a far more appealing price tag for more money restricted consumers. And, let’s face it, with the Xbox Series X looking likely to retail for a minimum of £500, there’s going to be plenty of people who fall in that category!

While the Xbox Series X will undoubtedly take the lion’s share of marketing, this smaller ‘budget-focused’ console could still prove to be very popular with consumers. Particularly those who either don’t want or can’t yet afford a 4K display. It is, of course, all still pending confirmation from Microsoft, but with this 2nd-piece of pretty significant information, it does appear that the Xbox Series S is real and all we’re waiting on now is the official rubber stamp!
source
Top

The Xbox Series X's price is virtually the one missing detail around the launch of Microsoft's next-gen console, but it may just have been revealed... if the leak from a retail insider is to be believed.

An online store screenshot sent to a gaming journalist on Twitter shows the Xbox Series X with a fairly staggering, but quite conceivable, $599 price tag.

If true, that would put Microsoft's big gaming hope right at the top of the expected price bracket, leaving plenty of space for the Xbox Series S and, more importantly, the PS5 to undercut it.

The $599 leak comes from gaming journalist Alanah Pearce, who was reportedly sent the screenshot by a retail insider. The quality of Pearce's source cannot be confirmed, mind you; indeed, it may just have been a placeholder with a guessed price.

Both Sony and Microsoft have, quite rightly, been seemingly playing a game of chicken when it comes to revealing the price of their next-gen consoles. With neither company spilling the beans just yet, the world waits to see which will blink first.

The comparatively cheaper PS4 significantly outsold the Xbox at the last console launch, making both companies all too well aware of the pitfalls of being undercut for price in the 2020 re-run.

It's fully expected that both the optical disc-playing PS5 and Xbox Series X will be the most expensive consoles we've seen so far from Sony and Microsoft, but until now most analysts had simply spoken about them breaking the $500 barrier for the first time.

While this leak goes well beyond that, it certainly underlines why both companies have opted for second, cheaper versions which would perhaps sit closer to $400, the price at which Xbox One X was at until recently removed from sale.

Stay tuned for the big reveal. There seems only a few weeks left to wait.
source
So much for the "We'll undercut Sony" then it seems
Top

A console should cost $499 AUD or less at launch.

$501 is a rip off, but $499, well that's what they should cost.
Hank Azaria not playing Apu on the Simpsons will make the role as irrelevant as the Simpsons has been as a series since 1999!
Top 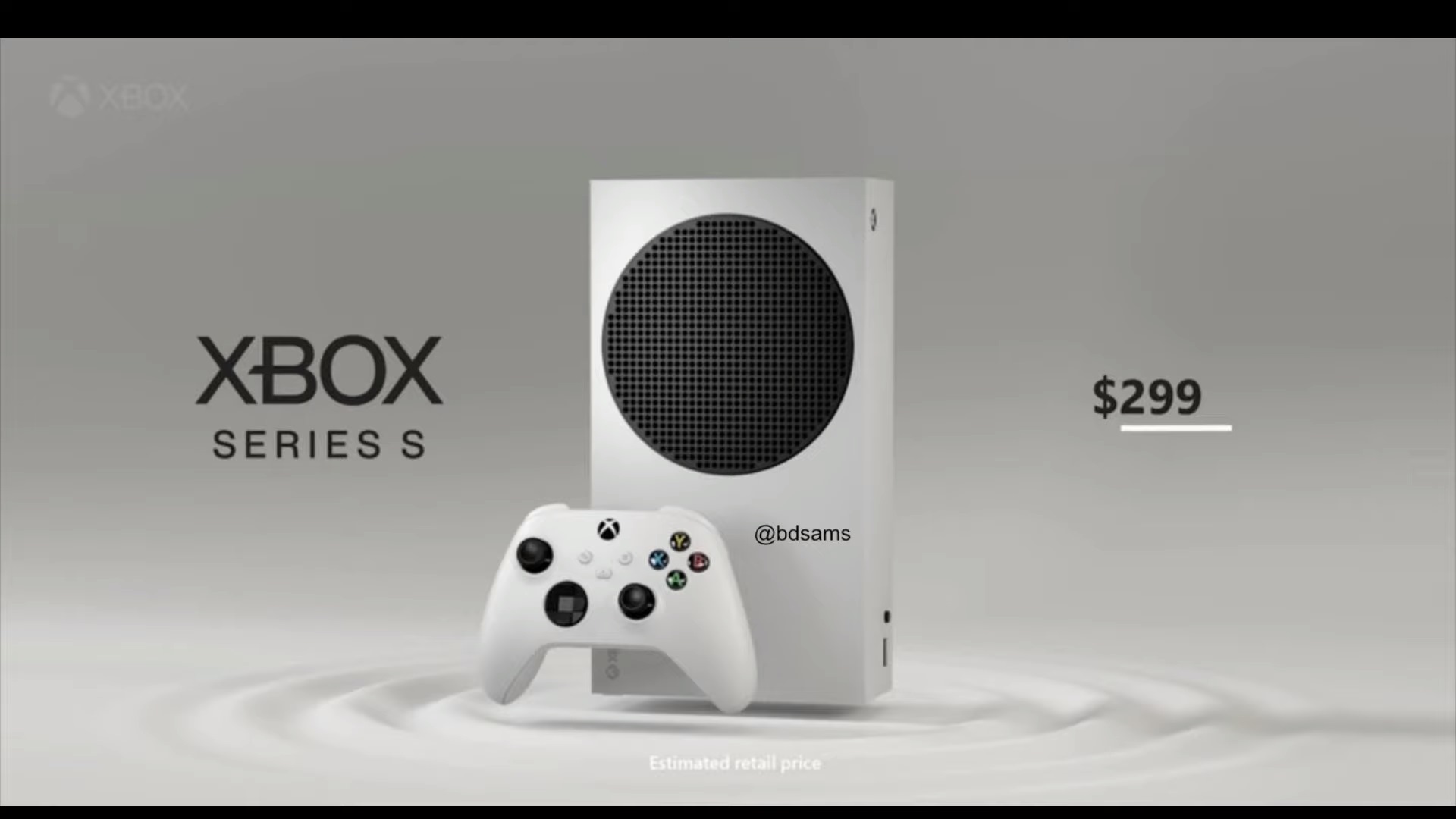