I’m not sure I even have an Epic Store account, let alone downloaded any of the freebies. But I did figure out at least one platform I have the game on: Wii U. Which is the worst method available for me to play it. It’s $7 on PSN, I might just get it there.
Top

Took me about 10 hours, it was pretty good. Not sure how I'd compare the two games, maybe Two had better gameplay but One might be more memorable?

Anyone who bought Quake before on Steam gets the updates for free. Just checked and it worked for me!

pixel wrote: ↑
Sat Aug 21, 2021 9:33 am
Anyone who bought Quake before on Steam gets the updates for free. Just checked and it worked for me!

That is amazing I still play through Quake occasionally. I still get warm fuzzy feels think about two matches. Three of my class mates were in the water swimming and I jumped in with the lighting gun and fried us all getting a quad kill. The other was a map that wasn't in the game, It only had half gravity so I got the grenade gun, looked around the room and figured out where two people were having a shot gun match. I nailed them from the other side of the damn map. I actually got up walked over to them and waited for the impact. I got killed while walking back to my desk, but WORTH IT.
Top

Looks awesome, love the music too. Needs more Mike Patton though, can they digitize his voice as a sample?
Top

That looks fantastic. I’m shocked at how good it looks.
Top

ian wrote: ↑
Sat Mar 20, 2021 11:59 pm
So I've given 'Century: Age of Ashes' a go. it's a Free to play game in early access on steam.
My friend described it as an online battle game where you Ride dragons and shoot other players... I didn't need more convincing. I normally don't bother with free to play games, I'd rather pay $80 for something GOOD that I actually want to play than play any old shit just because it's free. (never claimed a single of the 40 million games Epic have given away either) But Dragons, and online combat? I'd probably pay money for that in concept alone.

When I was told about it, my first thought was: so it's like Panzer Dragoon online? and now I've played it, I'm giving the game a new Title: 'Panzer Dragoon Online'


So Panzer Dragoon online launches in November.
And is still free to play, but they've announced founders packs at different costs. Now I just have to pick one. I'm thinking go for the most expensive one (AUD And rounded up to the next dollar the 3 levels are $27, $53 and $79)

Looking forward to finally playing this again after the playtest was so cruelly and quickly taken from me just as I was getting into it.
If I should Die Hard Arcade before I Alan Wake.
PREY the Lords of Lore my Soul Calibur to Take-Two Interactive.
Top 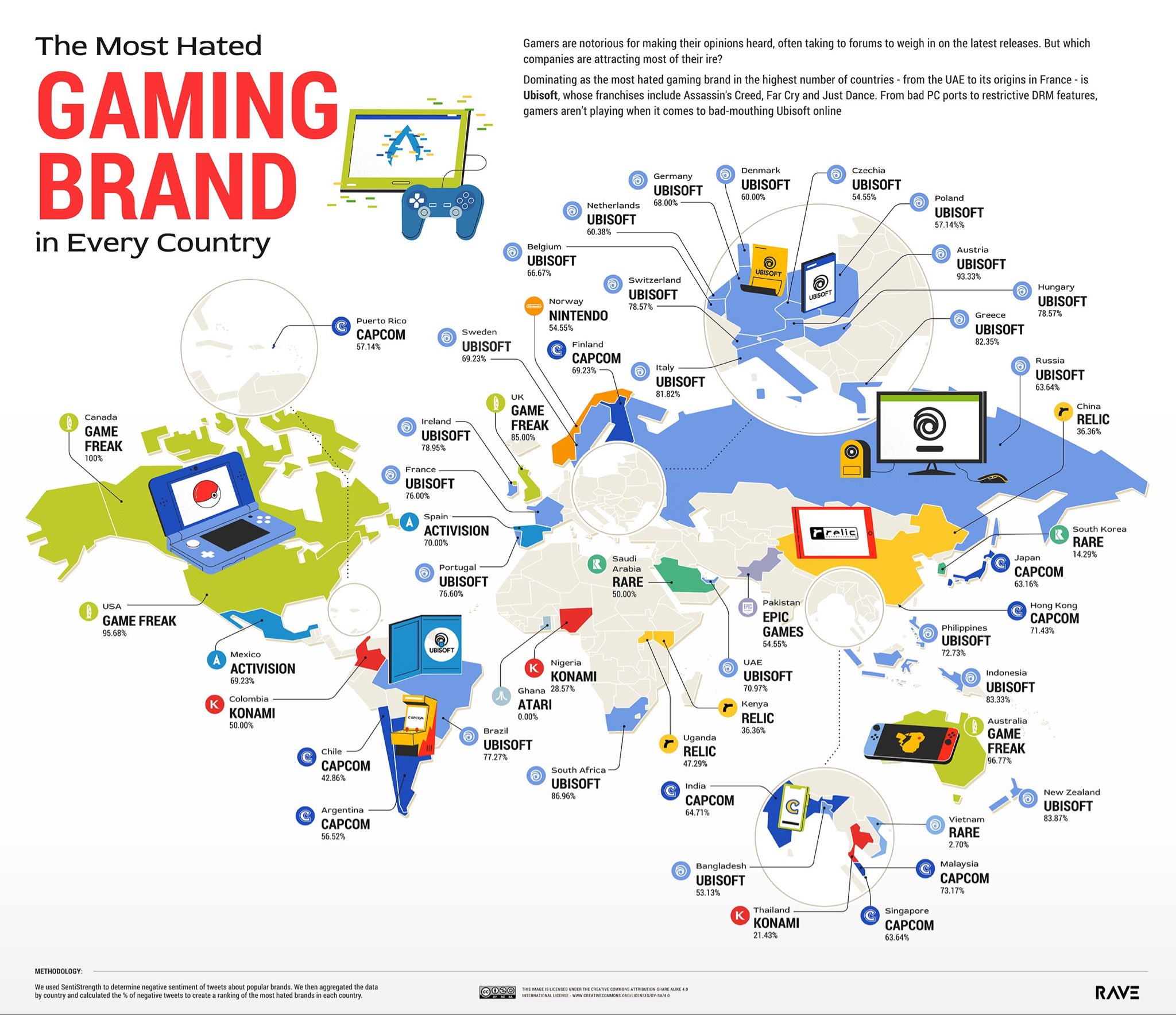 Old grudges die hard in Ghana, which Atari are they mad at? Still upset about the Jaguar?
Top

The original Atari Pac-Man port was just released there.

Just wait until ET comes out there next year!
Top

Almost as baffling as Saudi Arabia and South Korea. They still salty that Microsoft owns Rare? Possibly Vietnam too, it says rare but shows ubisofts logo.
Its not even a period of time where everyone should be pissed at rare... Its not the shitty xbox takeover phase OR the shitty Kinect games phase.

Also, I'm calling shenanigans! Either this list was made by EA, or the whole world has simply got sick of hating how bad they are...
Nope... EA MADE THIS MAP!
If I should Die Hard Arcade before I Alan Wake.
PREY the Lords of Lore my Soul Calibur to Take-Two Interactive.
Top

EA are probably second in every country.
Top

Electronic Arts is creating a new studio focused on first-person shooter games, with one of Halo’s co-creators on board.

Marcus Lehto, who co-created the Halo franchise at Bungie and performed both art director and creative director roles, announced on Twitter that he’s joining the start-up developer as a game director.

“Hey everyone, I’m very excited to announce that I’ve joined @EA as a Game Director, building a new studio in the Seattle area working on first-person games,” he wrote. “I can’t wait to share more about what we’re creating!”

Lehto was one of the founding members of the Halo franchise, having served as art director on its first three instalments and creative director for Reach.

He previously created Private Division-published shooter Disintegration, which ultimately failed to resonate with an audience and led to the closure of Lehto’s studio V1 Interactive.

Lehto had previously suggested that his next career move would be divisive among some consumers: “Some of you will support it, some will not. I just ask that you all join me on this next leg of journey,” he wrote.

The new EA studio will seemingly be its second new developer opened in Seattle, after former Monolith Productions head Kevin Stephens formed another which will focus on the development of open-world action-adventure games.

The new unnamed EA studio will be based in the Seattle area but may also support remote working opportunities.

Almost as baffling as Saudi Arabia and South Korea. They still salty that Microsoft owns Rare? Possibly Vietnam too, it says rare but shows ubisofts logo.
Its not even a period of time where everyone should be pissed at rare... Its not the shitty xbox takeover phase OR the shitty Kinect games phase.

Also, I'm calling shenanigans! Either this list was made by EA, or the whole world has simply got sick of hating how bad they are...
Nope... EA MADE THIS MAP!

Developer has "every intention of bringing it to the other major platforms." 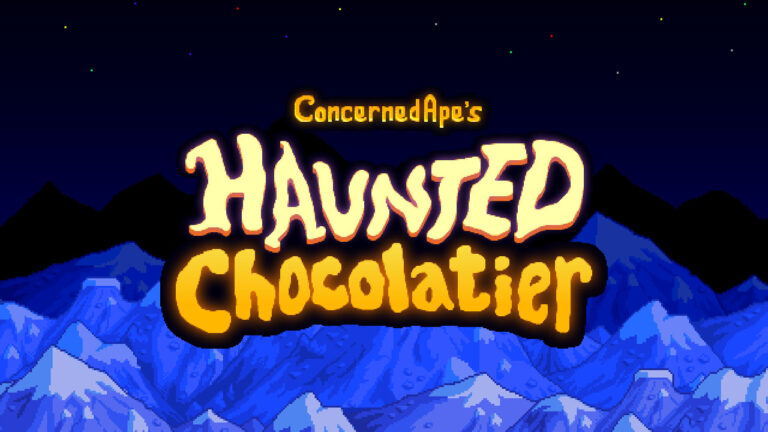 ConcernedApe, the creator of Stardew Valley, has announced ConcernedApe’s Haunted Chocolatier, a new RPG / simulation game currently in development. Currently, the only confirmed platform is PC, but ConcernedApe said it has “every intention of bringing it to the other major platforms as well.”

“In Stardew Valley, the focus was more humble: living off the land, growing food, and connecting to the people and nature around you,” ConcernedApe, whose real name is Eric Barone, said in a blog post. “However, with my next game, I wanted to explore more fantastical possibilities… experiences that take you beyond the ordinary. That’s where magical haunted ghost chocolate comes in.”

Barone continued, “Chocolate represents that which is delightful. The haunted castle represents the allure of the unknown. The ghosts represent the imprint of the past. All of these things are important. However, don’t think for a moment that, because this game features ghosts in a haunted castle, it is an evil or negative game. On the contrary, I intend for this game to be positive, uplifting, and life-affirming. However, if Stardew Valley mostly channeled the energy of the sun, Haunted Chocolatier channels the energy of the moon. Both are vital.”

The gameplay loop of ConcernedApe’s Haunted Chocolatier involves gathering ingredients, making chocolate, and running a chocolate shop, but “there’s a lot more to the game than that, the developer affirms. “I don’t want to get too deep into at this early stage, partly because I don’t want to be tied down to any particular concept of what the game is.”

Barone describes ConcernedApe’s Haunted Chocolatier as a means to ‘unleash’ his creativity and not be tied down to working with an established tradition, as was the case with Stardew Valley. 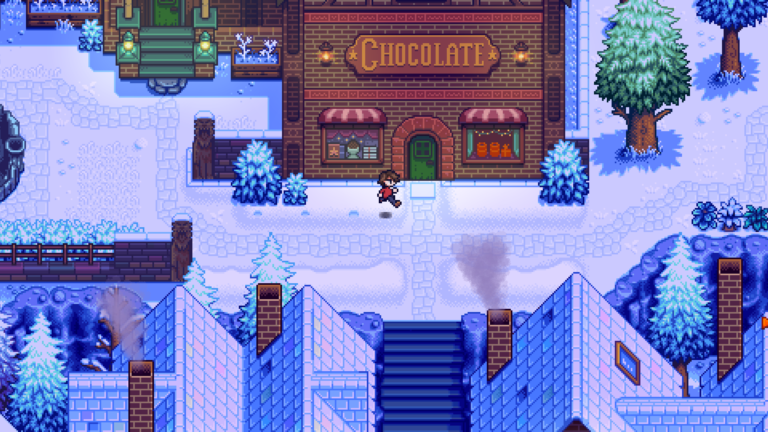 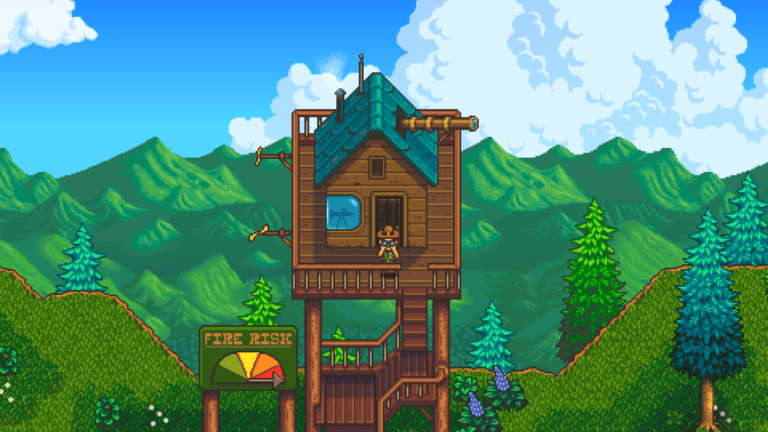 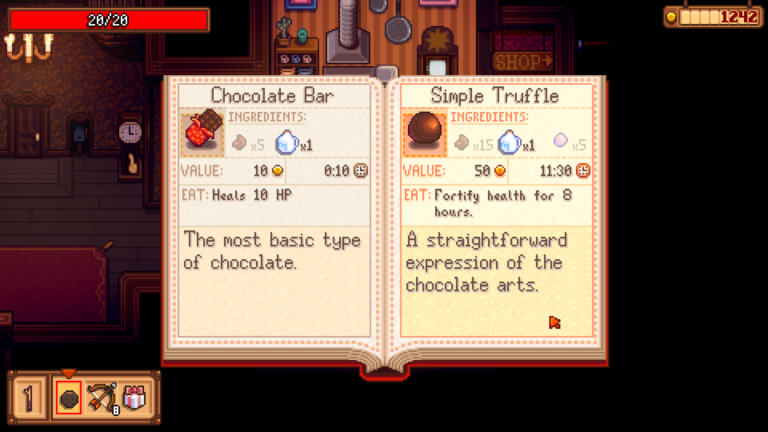 Here is the full FAQ provided by the developer:

What is ConcernedApe’s Haunted Chocolatier?

In this game, you will play as a chocolatier living in a haunted castle. In order to thrive in your new role, you will have to gather rare ingredients, make delicious chocolates, and sell them in a chocolate shop.

There’s a lot more to the game than that, but it’s still early in development so I don’t want to go too deep into it right now.

Haunted Chocolatier is being developed by Eric Barone (also known as ConcernedApe), the creator of Stardew Valley.

(So far, I have been working alone on this game, and I have no plans to get anyone else involved at this time. However, when it’s close to being done I will most likely get help for console ports and localizations. I will also be self-publishing this game.)

When does it come out?

I can’t commit to a release date yet. It’s still relatively early in development and I want to be able to work in peace without the pressure of a release date, or even an estimated release date.

Does it take place in the world of Stardew Valley?

I’m not ready to reveal anything like that just yet.

Is the gameplay similar to Stardew Valley?

In some ways, yes, but in many ways, no.

Like Stardew Valley, Haunted Chocolatier is another “town game,” where you move to a new town and try your hand at a new way of living. You’ll get to know the townspeople, achieve your goals and make progress in many ways. All of that is similar to Stardew Valley. However, the core gameplay and theming are quite a bit different. Haunted Chocolatier is more of an action RPG compared to Stardew Valley. And instead of a farm being the focal point of your endeavors, it’s a chocolate shop.

How long has it been in development?

I started working on this game a little over one year ago, in 2020. Since then, I’ve been working on it mostly in evenings and on the weekends, because I’m still actively working on Stardew Valley-related things.

It’s actually not the first or only “new project” I’ve been working on, but it’s the one that I believe I will finish first.

No, it’s currently just single-player. I have no current plans to make it multiplayer.

What platforms will it come out on?

The only platform I am 100 percent certain about is PC. However, I have every intention of bringing it to the other major platforms as well.

What languages will it have?

The only language I know for sure at this point, is English. That being said, I intend to localize to other languages. But I’m not even close to doing that yet, and I don’t want to put the cart before the horse, so to speak.

Watch an early gameplay video below. View the first screenshots at the gallery