seems the prvious vid was laregly rumer based, though some came tre, heres the actual releases

PS5 Scalper Gets His Stash Stolen at Gunpoint?!

It’s been well documented that since the launch of the PS5 earlier this month, scalpers have had a pretty huge impact on the already limited amount of stock available. Put simply, if you were not able to successfully pre-order a system, then the chances are that your success of finding a system available since (at retail price) has likely been exceptionally low.

If that is, therefore, the case and you want something of a ‘feel-good’ story (albeit, we use that term loosely), then one such scalper in America has just had a very unpleasant experience as, after grabbing 50(ish) of the consoles, and looking to sell them on with about a 100% profit margin, they have instead had all of them stolen by gunpoint! 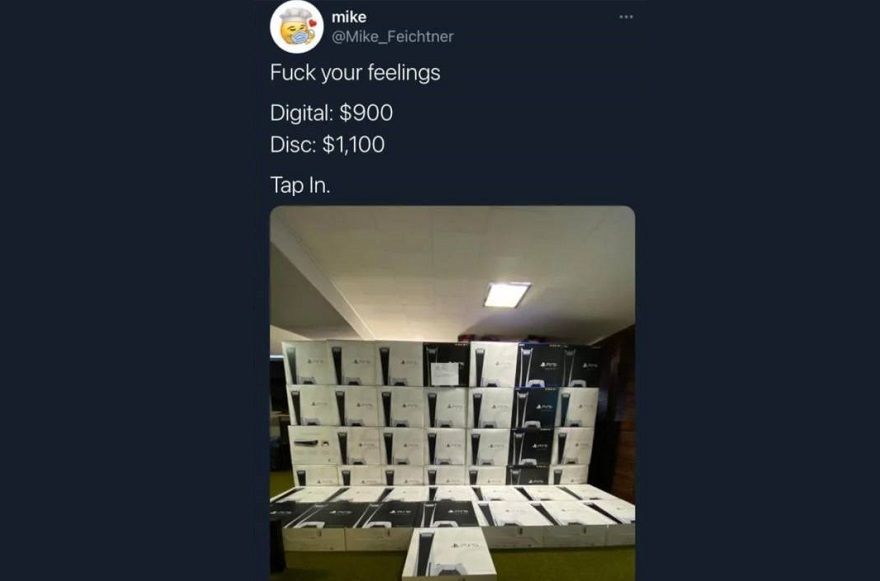 Firstly, we should note that this news is not confirmed and, therefore, you should take it with a grain of salt. Following reports made on GameFAQ’s, however, this scalper somehow managed to obtain around 50 of the PS5 consoles (both digital and disc versions) and was, rather brazenly on their social media account, making people aware that they were available to buy at a huge mark-up.

It seems, however, that one person took particular note of this and one of three theories as to what happened can be made:

1 – In making contact with the buyer to ‘purchase’ a system, the seller, rather unwisely, decided to give out their home address. It is, therefore, speculated that when the ‘buyer’ arrived, with a gun, they decided to use that instead of cash to acquire all of the systems!

2 – Something similar, albeit some speculation is saying that in a prior social media post, the scalper just happened to make their address public and a local person decided to pay his house a visit.

3 – Following the picture of the PS5 systems, the person was doxxed. A similar theory to two, albeit this one doesn’t state that the scalper had previously posted their home address online which does make a little more sense. I mean, why would you willingly post your address on a public online forum?

Of the three, I find the first the most compelling, but, in a nutshell, regardless of the specifics, all the stories largely conclude the same way. Namely, that the scalper had all his PS5’s stolen at gunpoint! 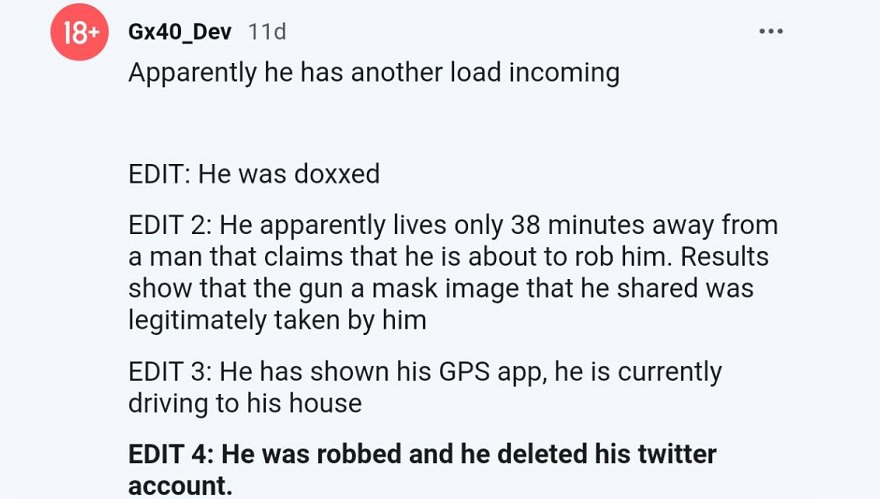 Yes, we are entirely open to the possibility that this story might be fake. There is, after all, nothing much to back it up. At least, not at the time of writing. If true, however, then this does at least provide something of a moral that if you’re willing to try and screw people over by being a scalper, they’ll clearly always be someone else waiting to try and screw you over worse!
source
Top

Worms Rumble has popped up a little early on freebies, Offer ends 5/1/2021 just looked & both versions are in my game list so unlike the last one it is for both systems
https://store.playstation.com/en-gb/pro ... 8917983053
Top

Stop the presses: Sony has just released a PlayStation 4 firmware update that does something other than improving system performance. PS4 firmware update 8.03 is ready and available to download right now, and while the change is small, it's a nice quality of life feature.

So, what does the optional patch 8.03 do, exactly? After downloading and installing the 477MB update, a new option will be available in the system's quick menu. Here's the official patch notes:

"[Disable Game Chat Audio] has been added under [Sound/Devices] in quick menu. If you turn on this setting, game chat audio will be disabled. Your voice won't be heard, and you won't hear other player's voices. This setting doesn't apply to party chat audio."

This new firmware update gives you a way to turn off all game chat audio. For online games where chat can be off-putting, this will be a welcome addition. In other firmware news, PS5 has also just received a system software update.
[urk=https://www.pushsquare.com/news/2020/12 ... z5oMulDF90]source[/url]
Top

January 2021 PS Plus Games - Maneater, Shadow of The Tomb Raider and Greedfall
Top

guess this would also fit the retro bit as well 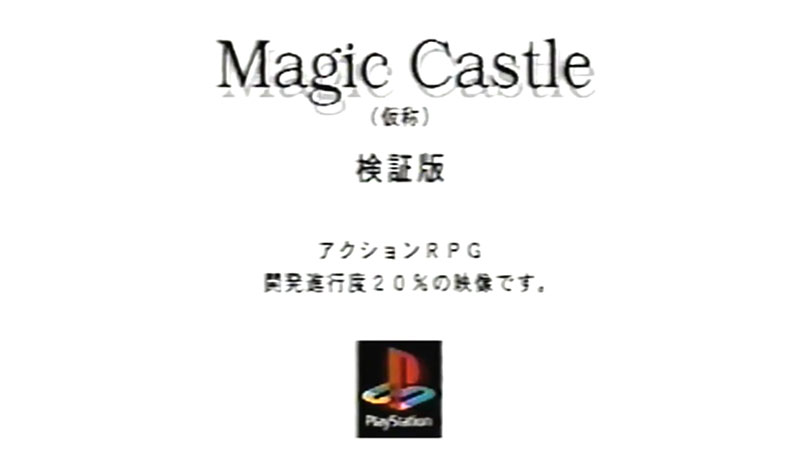 In 1998 a small team of Japanese developers spent eight months working on a game called Magic Castle, which they sent off as a pitch to seven major publishers, including Sony. It never went anywhere, but thanks to emulators and the efforts of one member of the original team, we can now play it and enjoy it anyway.

One of the team members, PIROWO, recently found the source code for the project—created on Net Yaroze—and decided to tie up its loose ends and release it to the public. This game looks cool as hell, not just for its isometric style, but for a number of very modern touches like a customisable UI and dynamic music.

This video is from a VHS the team first created back in ‘98 to accompany their pitch, which Sony loved—but then also blew by asking the developers to abandon Magic Castle and go work on something else, which they weren’t very keen on doing.


For more on the background of the game, Net Yaroze Europe have an interview with two of the original developers where they talk about stuff like how they got close to making the game with another “company that produces famous Japanese RPG’s,” but then that fell apart as well.

I didn't think something like that would've been possible through Net Yaroze. If the camera works as well as the VHS demo shows, then this looks like a fun turn on the Zelda/Landstalker formula. I wish that A Link Between Worlds had levels that deep with the 3D effect on the 3DS.
Top