Impact Wrestling announced today that its flagship weekly two-hour program, IMPACT!, will move to Friday nights on the Pursuit Channel in January. As noted, SmackDown Live will also begin airing on Friday nights when it moves to FOX this October, while MLW FUSION also currently airs on Friday nights on beIN Sports.

Beginning on Friday, January 11, featuring the aftermath of the Homecoming pay-per-view, IMPACT! will air weekly on Pursuit Channel on Friday nights at 10:00 p.m. ET.

"Pursuit Channel is a natural fit for IMPACT!" said Impact Wrestling President Ed Nordholm. "It has a passionate viewership base that correlates strongly with our core audience, and is one of the few broadcast destinations that is expanding its footprint, enjoying a 15% increase in broadcast distribution this year alone. With IMPACT Wrestling coming off a tremendous year of audience growth globally and positive fan engagement, we look forward to leveraging our respective resources to bring fans more of the wrestling content they want to see: tougher, edgier action.

"Pursuit Channel is pleased to welcome IMPACT Wrestling into our Friday night lineup of popular shows," added Rusty Faulk, CEO and founder of Pursuit Channel. "IMPACT Wrestling programming is perfect for our audience, which enjoys adventurous content to feed their wild side. We look forward to a long partnership and providing our fans with new and exciting world-class content while expanding IMPACT Wrestling's audience to a new base."

This is bad. Pursuit is a hunting channel and they're still giving them one of the worst time slots in television. I don't even get this channel and I have the top cable package.

I never believed the "TNA is dead" rumors that went around since the beginning for them. But I don't see how they make any money at all doing this. Unless Anthem just wants to pump money into them without ever making anything back, this could be the beginning of the end.
Top

Anthem own shares in the Pursuit Channel, so they will be getting something out of it.
Top

This is bad. Pursuit is a hunting channel and they're still giving them one of the worst time slots in television. I don't even get this channel and I have the top cable package.

I never believed the "TNA is dead" rumors that went around since the beginning for them. But I don't see how they make any money at all doing this. Unless Anthem just wants to pump money into them without ever making anything back, this could be the beginning of the end.

Yea going from Pop to there is a downgrade if its available in less homes. I read somewhere that Pursuit is based in Canada too. I also agree its a situation where if you have limited viewership that already diminishes your viewerbase and not many fans who casually watch arent going to bother seeking out Impact now & less people are likely to order PPVs too if they dont follow the weekly product. Here they moved channels from Challenge to 5Spike and dropped the One Night Only & PPVs as part of the new TV deal. Interestingly I heard the ONO events were to fulfill their international TV commitments but now they are on the GWN thing they do.
Top

People who use money better than anyone who'd purchase Impact 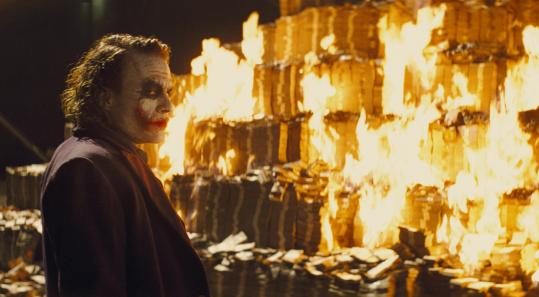 Vince should buy them and then they should film him pissing on the tape archives and show it on Raw.
Top

Dr. Zoidberg wrote: ↑
Fri Dec 28, 2018 9:26 pm
Vince should buy them and then they should film him pissing on the tape archives and show it on Raw.

Also Bram and Crazzy Steve re-signed. I'm surprised about Bram being brought in given the allegations from Charlotte.
Top

Watched Homecoming last night, once again even the weaker bits were better than most of the WWE's output these days
Ultimate X - A good solid start, theres not too much to say really as we all know what to expect from these matches & this one didn't dissapoint
Allie and Su Yung v Jordynne Grace and Kiera Hogan - Again a good solid match, I can never really complain at any chance to see Allie though, nice to see Rosemary back at the end which could get rather interesting
Eddie Edwards v Moose - Ah heres one of the big reasopns to watch, with the Falls Count Anywhere it went all around the ring area & was great to watch, especially when Eddie missus came out & instead of asking him to stop took his kendo stick & twatted Moosewith it, I had a damn good laugh at that
Sami Callihan v Willie Mack - One of the matches I wasnt really bothered about to be honest, it was fine though Sami was his usual good heel self but I just dont care one way or the other about Willie making it hard to get invested
Eli Drake v Abyss - Ah Monsters Ball where would we be without you? while it didnt go quite as far as other ones have it was still ahead of the competition plus I cant see the WWE having any instance where the ref gets a thimb tack or 2 in the eye
LAX v The Lucha Bros - Like the Sami/Willy one it was fine but didnt really hit the mark for me, since both teams have been showing that they respect each other & get along there was no real fire to it, technically fine though
Taya Valkyrie v Tessa Blanchard - Another fine one but I spent most of my caring about the Knockouts match in Allie I think
Johnny Impact v Brian Cage - Well I think everyone was looking forward to this one & it did not dissapoint, until the ending more on that in a bit, I liked Cage's new entrance gear to play on the whole Terminator theme & as ever he was great in bening dominating throughout the majority of the match & had the ref not been dealing with Jonnies 2 mates at ringside would have got the 3 right there. Of course the ref took too long doing that & then seemed to mess up the count, I even rewound to check & it still looked like just a 2 & yes its most likely a planned move for a fued or something but I guess it could also be a cock up I guess we'll find out in time, not that Johnny had long to celebrate before Killer Kross came out & beat hom down so 2 ongoing fights out of this one I'm guessing
Top

FIght Network UK are showing Homecomings this Sunday at 9pm on Sky channel 192 and Showcase which now carries FNUK is also on Freesat.

Following Sunday they are showing Bound for Glory 2018.
Top


Two more names are out of Impact Wrestling.

Ed Nordholm, President of Impact Wrestling, released a statement to Wrestling Inc. confirming that Abyss and Sonjay Dutt, who are currently working as producers and occasional talent have been released, with Konnan and Tommy Dreamer being added to Impact’s creative team in their place.

“We reached an amicable agreement with Sonjay and Abyss to allow them to pursue this opportunity,” the statement says. “They have been tremendous contributors to IMPACT Wrestling and we wish them every success. We are thrilled that Konnan and Tommy Dreamer have agreed to bring their 50+ years of experience to our core creative team.”

PWInsider first reported the story this afternoon. In this week's Wrestling Observer Newsletter, Dave Meltzer said both men are headed to WWE to likely work in backstage roles for NXT.

"Dutt was under contract through September but he had the chance to go to WWE as they are looking to expand backstage people for NXT. Dutt, Jimmy Long (who WWE already hired) and Park were three of Jeremy Borash’s best friends when he was in Impact and that probably ties that all in," he wrote.

Abyss has been with the company since 2002, appearing on the very first NWA-TNA show under the name Justice. He was inducted into Impact’s Hall of Fame last year during Bound for Glory weekend.

Dutt has also been associated with the company for years, first starting in 2003. He most recently returned in 2017 when Jeff Jarrett regained power, joining the promotion as a producer.

Impact ratings don't come out anymore, but they're doing 9,000 viewers on Twitch.

They are down to 6k on Twitch now.

It's amazing how far they've fallen. Impact's average rating for 2011 was 1.6m. They were still doing shows in the 1.4m range in 2014 before Spike moved them to Wednesdays.

Should put that match on the normal Impact broadcast. Also would be fun if Fonzie turns up with Rob & Sabu.
Top
Post Reply
607 posts