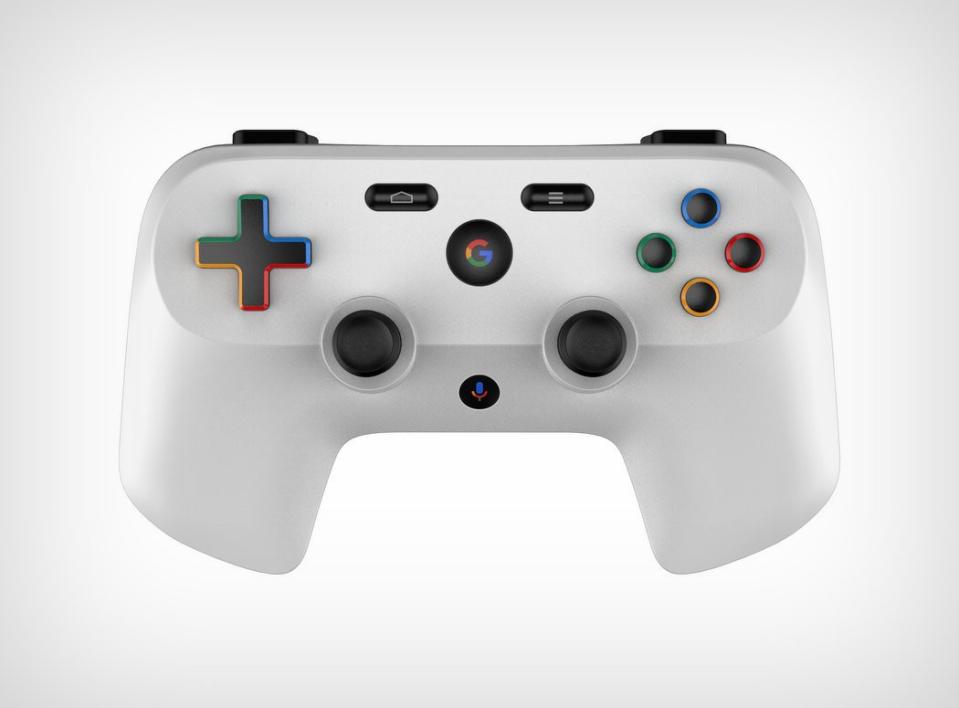 Considering all that Project Stream testing, I can’t imagine this is going to be a console announcement. And if it is, they’re already starting out bad with that awful-looking controller.
Top

That controller doesn't look comfy at all
Top

That controller isn't real, it's just a mockup someone online made.

I can't Google announcing a console. With 3 consoles, the market for consoles is already saturated.

Not to mention what could Sega possibly have to offer Google when it comes to consoles, aside from a heavy back catalog of the same rehashed shit Sega has been doing for "virtual console" content.
Top

Nintendo Everything wrote:Google Chrome to add support for the Nintendo Switch Pro Controller and Joy-Con

Next week, Google will be unveiling its big plans for gaming. Ahead of that, it’s been spotted that the company is looking to add support for Switch controllers for Chrome.

Chromium commits makes mention of Nintendo’s controllers. Here’s a look at the report: 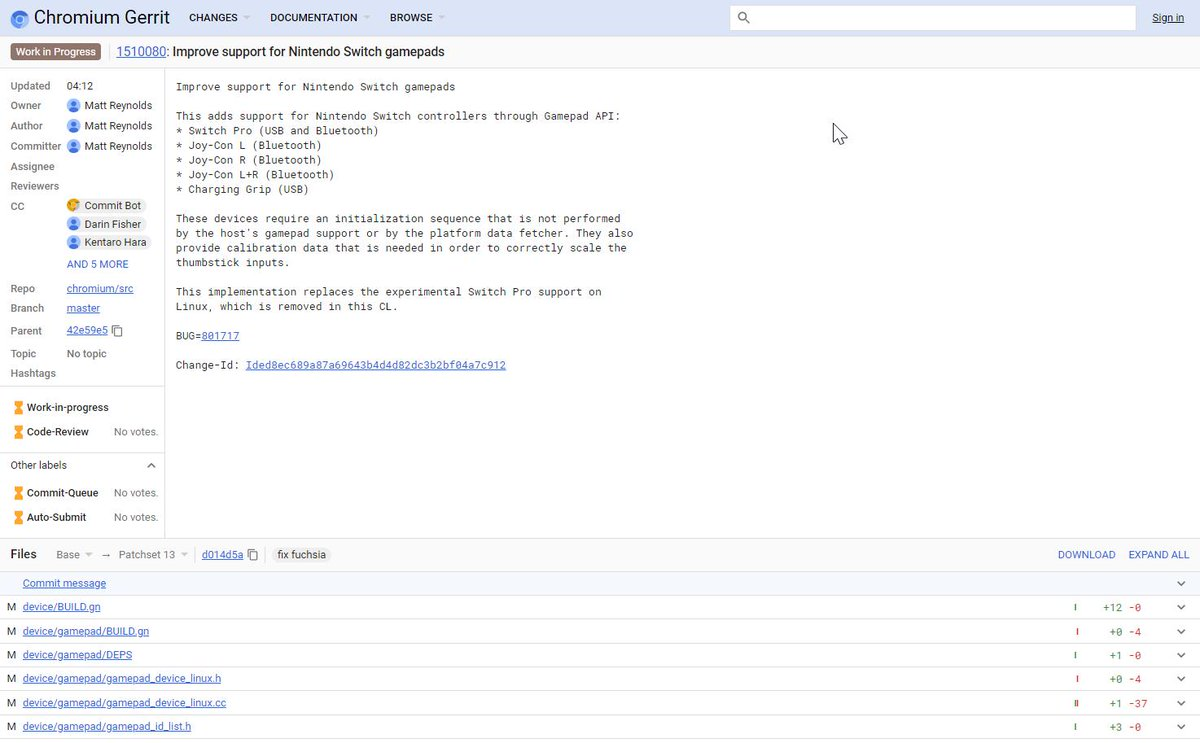 Support for USB and Bluetooth modes is planned. However, the testing process apparently hasn’t been the smoothest.

That just reinforces the idea that they won’t be launching a console. At most they will launch some kind of Android device that launches a streaming front end.
Top

melancholy wrote: ↑
Fri Mar 15, 2019 10:28 am
That just reinforces the idea that they won’t be launching a console. At most they will launch some kind of Android device that launches a streaming front end.

Yeah, I'm thinking they might release something similar to the Nvidia Shield. But I already own a Shield, so...
Top

Destructoid wrote:Google Stadia is a streaming platform that doesn't require any new hardware

Last year, Google and Ubisoft teamed up for Project Stream -- an experiment in streaming Assassin's Creed Odyssey through Chrome browsers. Many predicted this was a glimpse into the future for Google gaming. They were right.

Today, at the Game Developers Conference in San Francisco, Google revealed Stadia. It's a new streaming service that turns Google's data centers into the platform. There's no external hardware required. High-fidelity triple-A video games can be played on desktops, laptops, televisions, tablets, and phones. No matter how weak your hardware may be, Google boasts that it'll still be capable of streaming at 1080p and 60 frames per second. It'll launch later this year in the US, Canada, United Kingdom, and most of Europe.

Google says its ultimate ambition is to combine the worlds of playing games and watching games, to make that a more seamless experience. With Stadia, players can watch a video on YouTube (the example used was viewing a trailer for Assassin's Creed Odyssey), click a "play" button, and be taken into the game as quickly as five seconds. There are no downloads or patches to install. It just starts instantaneously streaming the game.

True to its "no new hardware" mindset, Stadia will work with all existing USB controllers, and mouse and keyboard setups. However, Google also revealed its own controller. This looks like something of a spin on a PS4 controller, but it has a few of its own advantages. A capture button quickly shares the game session to YouTube. There's also a Google Assistant button that accesses an internal microphone so players can get help with game features that have been integrated by developers. Most impressive, it automatically connects via WiFi to whatever game is playing on Stadia within the network.

As if Google hasn't already proven it's serious about Stadia, it's opening a first-party studio to develop games for this new streaming platform. We learned last week that Jade Raymond recently moved to Google. She's assuming the role of head of Stadia Games and Entertainment.

Of course, Stadia raises its own questions. With data caps becoming more and more prevalent, how will the average consumer be able to sacrifice the data required to stream hours of games at high definition quality? Will games that are purchased through Google be playable offline in any form? They're important questions but it's not the focus of this presentation. For now, Google is showing off Stadia which seems to be an incredible technological breakthrough. It's the sort of thing that GDC is meant to celebrate.

As I put 95 hours into the service during it's beta, I feel like I have a bit of insider input on this. During my testing, the experience was pretty mixed. On the one hand, playing Assassin's Creed Odyssey on a device like a Chromebook was amazing. Not having to worry about configuring anything, just opening Chrome and hitting start was fantastic. And I liked being able to move from one location to another without moving consoles.

The big issues I had all centered around the internet connection. Despite having well above the required connection speed, about 1 in 5 times I would go to boot the game, it would complain that my connection wasn't stable enough. And when that happened, there wasn't much I could do beyond resetting my modem and hoping it would work on the next try. And even when I was in-game, there would be times where the quality would drop so bad it would look like a PSX cutscene. There was no way to control the quality, you just had to hope it would clear itself up.

Honestly, I would love to give this service another try, but being so limited by the internet connection ruins the seamless nature of this.
Top

ISPs are going to shit themselves when this comes out. I hope Google has a lot of power over ISPs, because otherwise without net neutrality they're going to throttle people like crazy to make Stadia useless. Or bring hard cap limits back.
Top

If you can afford a badass connection to use streaming, you probably can afford a good game machine as well. So the people who could use this... actually can't use this.

He makes some good points..

1. Stadia does really well: Google starts an all-out industry war to get all major titles onto a cloud-based streaming platform. Consoles are dead.

3. Stadia flops: Google scraps the whole mess within two years, save for some niche applications for the tech. Some of the hardware ideas are kept, but it's mostly business as usual for console makers.

I'd say outcome #2 is most likely. Google has already invested tons of cash, and some of this streaming nonsense will be sticking around.

Outcome #1 is possible if Google can create some killer apps and gain huge subscriber numbers. If they land Fortnite or some massively successful title, anything's possible.

If they release shit titles and the service sucks, it's curtains for Stadia.
Top

I think the next consoles were going this direction anyway before Stadia was announced from what I'd heard. That none will run discs and just download or stream games. (Which is why Xbox is putting out that disc-less One for cheap as a test.) So I guess that means R.I.P. Gamestop.
Top
Post Reply
52 posts