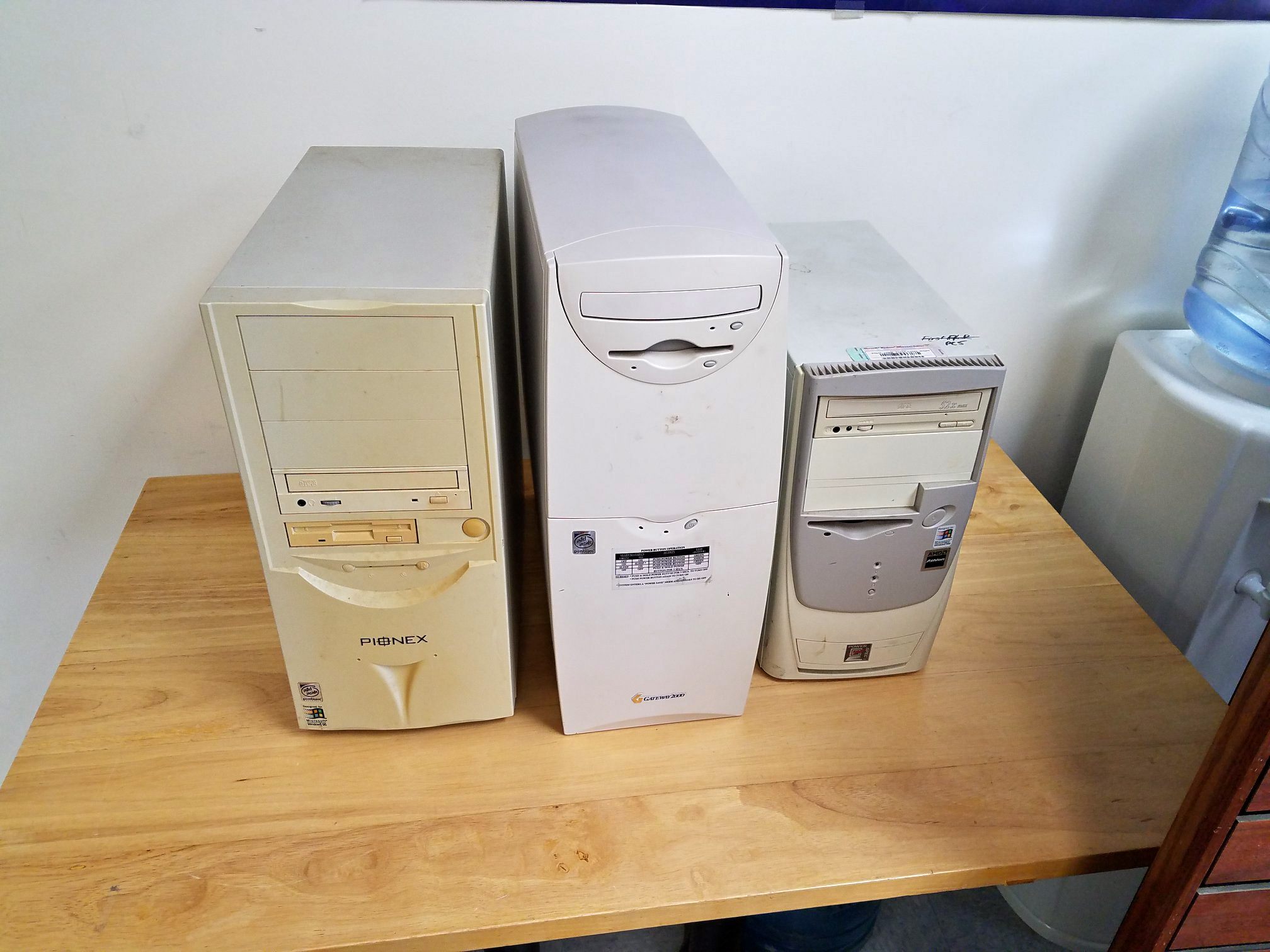 I'm in need of some money so I guess I'm going to try and sell the Gateway 2000 first. Hopefully I can find someone close enough to just pick it up. I've been messing around with it and found that it has one issue and I don't think it did this when I first got it. Once you eject the CD drive it will not stay closed. You press the button to close it and it closes for about 3-5 seconds then pops open again. I tried replacing it with a different drive. I was able to take the front plate off the old one and put it on the new one but then once I went to put it back together I noticed that the eject button is slightly farther to the right than the old one so the eject button on the case doesn't line up.

Also when that drive was hooked up it didn't want to boot into Windows 95 for some reason. Maybe because it is a DVD drive shit idk. I was tired of messing with it and sat it aside from now. I've got some other older drives I might try tomorrow and see if I can get one to fit correctly.

As for the Pionex one. I bought 6 bottle of peroxide a month or two ago because I was wanting to retro brite some stuff but then never did it. I think the front of this PC is a perfect candidate for retro brightening. I'll definitely take some before and after pictures of it and post it on here.

If the Gateway 2000 wasn't worth $150+ I'd consider using the case for my main PC. The main problem with doing that though would be cooling as those old cases have hardly any ventilation.

If the Gateway 2000 wasn't worth $150+ I'd consider using the case for my main PC. The main problem with doing that though would be cooling as those old cases have hardly any ventilation.

Old cases suck for ventilation, but you can get away with it if you think things through.
My daily PC is doing alright in an antec sonata, that's been modded to only take air in through the front slits.

if you don't want to read through all my ramblings, I am using a case from 2004 which was designed for silence and has FUCK ALL airflow, and I reduced the airflow by plugging up a tonne of holes.
If I should Die Hard Arcade before I Alan Wake.
PREY the Lords of Lore my Soul Calibur to Take-Two Interactive.
Top

For additional air flow, use a power drill and/or a dremmel.
Top
Post Reply
43 posts