once again $ony have shit the bed with this selection, with several footie ones having a 'lite' version which is good enough for most it aint a good choice to include, the others dont seem that good either
Top

A PS4 emulator is in the works & has its first release, runs homebrew demo's only atm of course

Created by Inori, GPCS4 is a very preliminary emulator of Playstation 4 which, for the author, serves mainly as a fun and technical research for learning 3D graphics management. A first game begins at this launch but we do not hope for anything concrete yet for a long time. 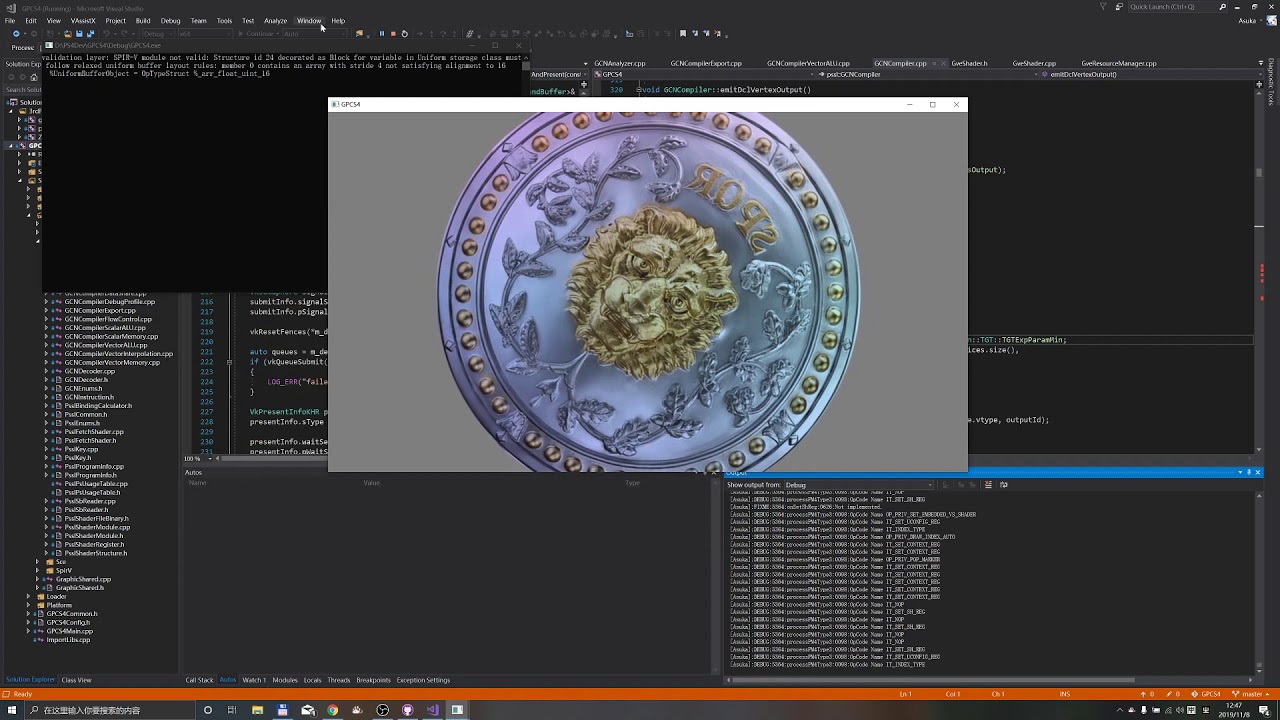 The changes are:
– Introduce virtual CPU, and a big refactory for the graphics part.
– Everything restarts from the very beginning.

In reality on the user side, no news. On the dev side, this new base will make it possible to move forward in a better way thereafter. There is no binary available of this version 0.1.0 (so I left the old 0.10 in the archive with the most recent sources).

short answer if you dont want to watch the vid is not at the coment but with a future firmware update who knows? cant see it being a mayor isse til the cost drops though really
Top

Last week, Sony enabled VRR (variable refresh rate) support on the PS5. After testing 20+ titles, John and Alex meet to compare notes, discuss the benefits of the new feature and define some of its limitations in its current form.

Note: We briefly discuss Returnal's VRR mode, but this appears to have been disabled after a recent patch - hopefully to return.

Created by Inori, GPCS4 is a very preliminary emulator of Playstation 4 which, for the author, serves mainly as a fun and technical research for learning 3D graphics management. A first game begins at this launch but we do not hope for anything concrete yet for a long time.

The changes are as follows:
– Support simple compute shader, compute ring.
– Support cube map texture.
– Improve GCN compiler.
source wonder how many questions the devs got asking if it can run RDR2 yet, bound to be some
Top

2 more PS4 emulators have surfaced, obviously in very early stages, one even claims to be PS5 as well, well for the future at least as they do admit 'Graphics for PS5 is not yet implemented' which is no surprise. Like the other one more of a curiousity right now, especially as the systems still alive

Created by Spindev, Spine is a Playstation 4 emulator generally considered to be privately developed and only available for LINUX. It will require several more years of development before being fully developed. Its developer announces that it already supports many independent games. It is also the first publicly available PS4 emulator that can run commercial games compared to other works in progress such as Orbital.

Note that Spine is not open source, its author refusing that someone make a fork dedicated to Windows...

The compatibility list of the latest version (at the end of last year) showed that about 35% of the approximately 1000 games tested actually work, 40% of the games have the intro that works and the remaining 25% of the games don't work at all. It seems compatibility has improved significantly since then, but we'll need the community to test and let us know what it really looks like now. Finally, note that according to Zecoxao, 2D games work particularly well.


This new version improves compatibility. As this archive does not contain any readme files, users have to guess what has changed. Zecoxao and other users shared some videos, screenshots, and comments about what changed. The following games have been found to work:

I'm pretty excited to get Spider-Man on PC. The cherry on top would be official DualSense support.
Top

Spidey to PC? forget that, put it on Plus already damnit! hell its been so long even doing the first as one of those rare non plus freebies would be a decent fit
Top

Oliver Mackenzie is a massive fan of The Last of Us, putting him in prime position to analyse the big improvements made to the remastered edition, as seen on PS5. Big boosts to detail, lighting animation and character rendering set the PS5 version apart from its predecessors - but it's in the comparisons to The Last of Us Part 2 that we perhaps get a better idea of what this new version will deliver.