Key Features:
■ Immersive Exploration- An expansive and fully traversable map, open to numerous strategies.
- Exploration will uncover many mysteries and discoveries to draw you in.
- Complete freedom in which path to take and which bosses to confront.

■ Tense Battles and a Rewarding Adventure
- Enjoy tense battles, where a wavering focus can lead one to a swift death.
- Employ evasive maneuvers along with your attacks to ensure victory.
- Defeat the various Blighted met along the way to acquire new skills. (26 skills in total, utilizing swords, bows, magic, and much more).
- Forge into battle armed with skills that cater to your own personal playstyle.
- Customize your stats with relics and tune Lily for seamless gameplay.
- A rewarding ending awaits those who persevere and overcome each death to inch closer to the conclusion.

■ Beauty Shining Through in a World of Despair
- A contrasting main cast, from the young and pure heroine to the complex and tainted immortal knights.
- A fantasy world brought to life by beautiful 2D art, animation and music.
- Lily's adventure through Land's End will see her reunite with and fighting alongside former friends. The conclusion of the story will change based on the player’s choices.

Music
Explore a challenging supernatural world to haunting music by musical group Mili, whose credits include Goblin Slayer opening “Rightfully” and other anime franchises such as Ghost in the Shell.

Enjoy the latest trailer for Souldiers, a 16-bit-style pixel-art Metroidvania from developer Dear Villagers that features Soulslike combat and challenging platforming gameplay. You can play as either a Scout, Caster, or Archer class. It's coming to Nintendo Switch and PC in Spring 2022.


Your sister has vanished and rumors swirl that Gaoh has been resurrected with an evil army at his command. Explore for cybernetic upgrades until you are powerful enough to defeat the diabolic Gaoh and his cybergentic army once and for all in this futuristic, action platformer!


Savior is an action-adventure platformer. Explore an open world that desperately needs your help. Acquire skills, gear and allies to aid you in your quest. Discover the secret origins of the broken society around you as well as yourself.


9 Years of Shadows is an emotionally-driven metroidvania enhanced by healing music that tells the story of Europa, a young woman of noble birth tasked with ending the curse that plagues her people and restoring color to all lands.

Compelling story
Take the role of Europa and brave the empty halls of Talos Castle as you uncover the disturbing truth of its inhabitants’ fate. A moving coming-of-age tale that stresses the importance of embracing our feelings in order to heal. Embark on a journey of friendship, where Europa and her loyal companion Apino learn to rely on each other to overcome any obstacle and help others as well.

Elemental armor
Harness the wrath of nature and access both special abilities and restricted areas as you bend fire, water and earth to your will. Equip either the Helios, Gaia or Poseidon armor and experience a fresh take on how to explore a vast world and face unwavering foes in the battlefield.

Restoration through healing music​
Experience a game unlike any other, with an entrancing and soothing soundtrack tuned to 432Hz composed by ​Michiru Yamane (Castlevania), Manami Matsumae (Mega Man), and ​Norihiko Hibino ​(Metal Gear Solid).

Stunning pixel art​
Dynamic lighting and colorful characters create a vivid setting awaiting a hero to explore it. The attention to detail in every hand-crafted scenery is a welcoming sight for metroidvania enthusiasts and newcomers alike.

Lore-infused universe
What remains of the giant mechanical castle left as a shelter by an ancient ruler is preserved in peculiar paintings, gateways to other worlds that speak the echoes of the past. Meet enigmatic artists and travel through their depictions of eerie atmospheres.

Inspired by the Japanese ukiyo-e art style, the world of GetsuFumaDen: Undying Moon is as beautiful as it is deadly...

Emerge victorious from brutal, larger than life boss battles and descend deeper into the depths of Hell to eradicate the source of the cataclysm.
Top

The A2MR Metroid fan team is reuniting for an original Metroidvania

Bō: Path of the Teal Lotus will launch on PC and Switch next year 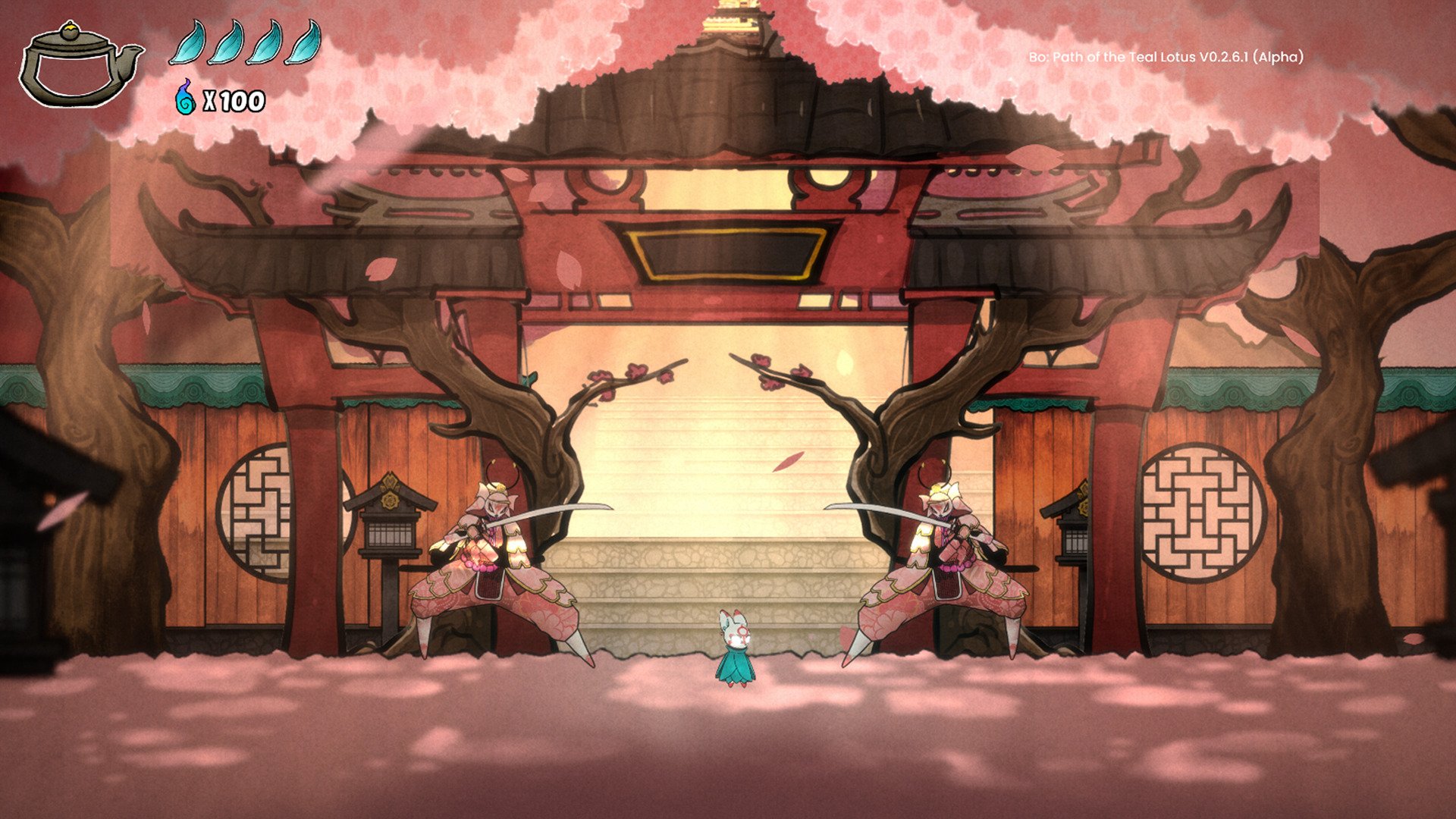 The studio behind Another Metroid 2 Remake, better known as AM2R, is reuniting for a new Metroidvania project.

SquidShock Studios are working on Bō: Path of the Teal Lotus, a hand-drawn Metroidvania title inspired by games such as Hollow Knight and Okami.

The game follows the titular Bō, a staff-wielding Tentaihana, as she uncovers the secrets behind the rise of a mysterious and powerful shogun. 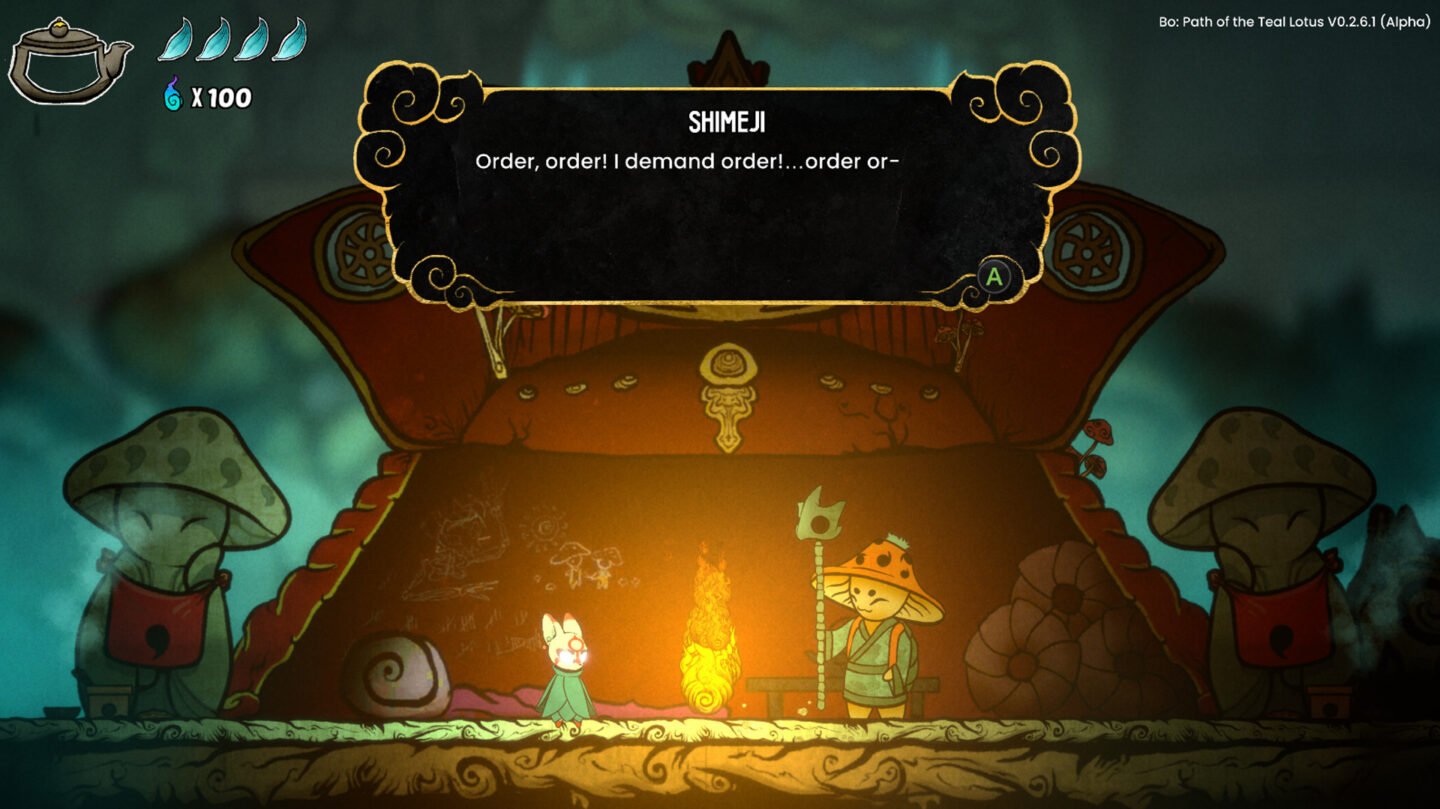 The game initially began development with a two-person team in 2021, however, following a successful Kickstarter campaign, SquidShock added several members to the team from their previous project.

Milton “DoctorM64” Guasti joins as an associate designer, Esteban “DruidVorse” Criado as the QA lead, and Robert “Sephazon” Maloney as the production and publishing lead. 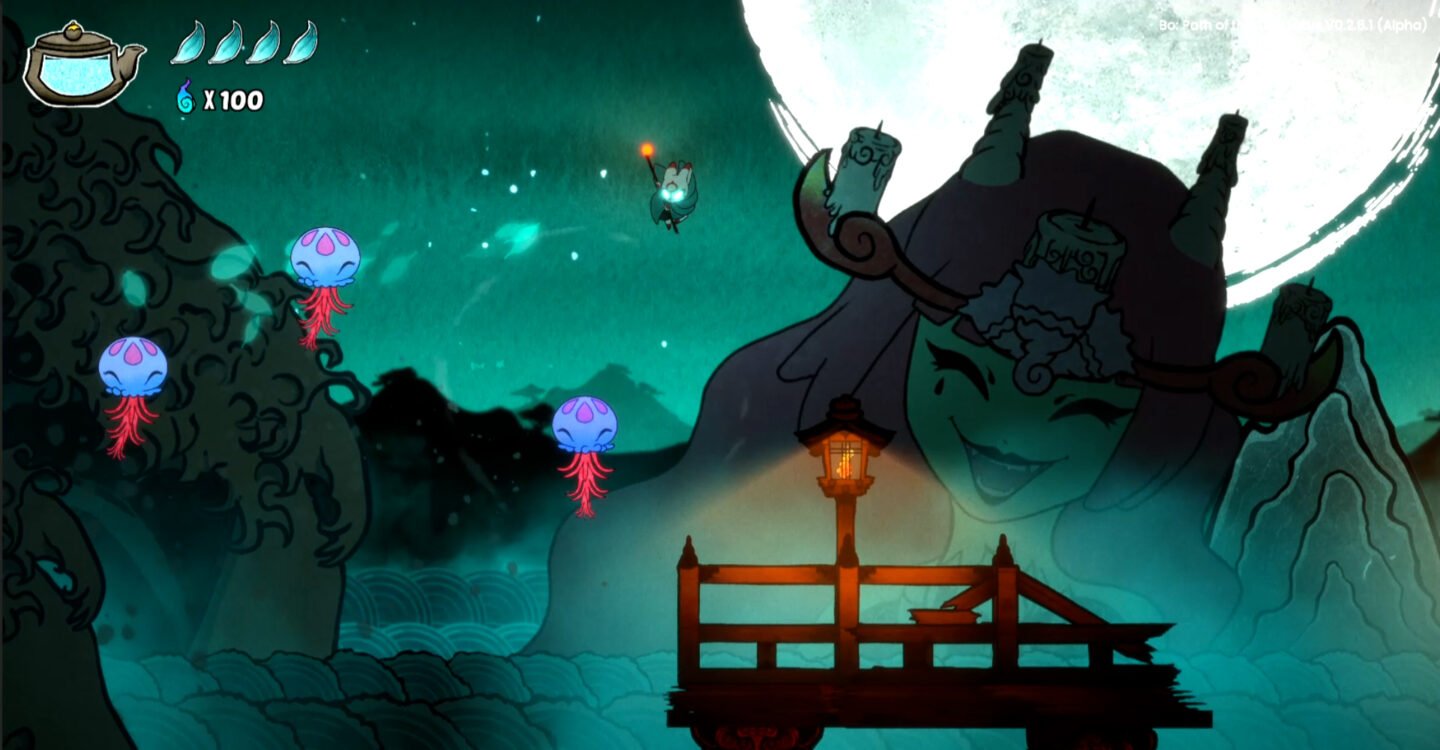 These developers last worked together on the Metroid fan game Another Metroid 2 Remake as the director, lead playtester, and producer, respectively.

The team plans to launch the game on PC and Nintendo Switch in 2023.

AM2R was an unofficial fan remake of Metroid II: Return of Samus. The game updates the 1991 version with colour, a visual style similar to Super Metroid and gameplay similar to Metroid: Zero Mission.

The game was released in 2016 to celebrate the Metroid series’ thirtieth anniversary. 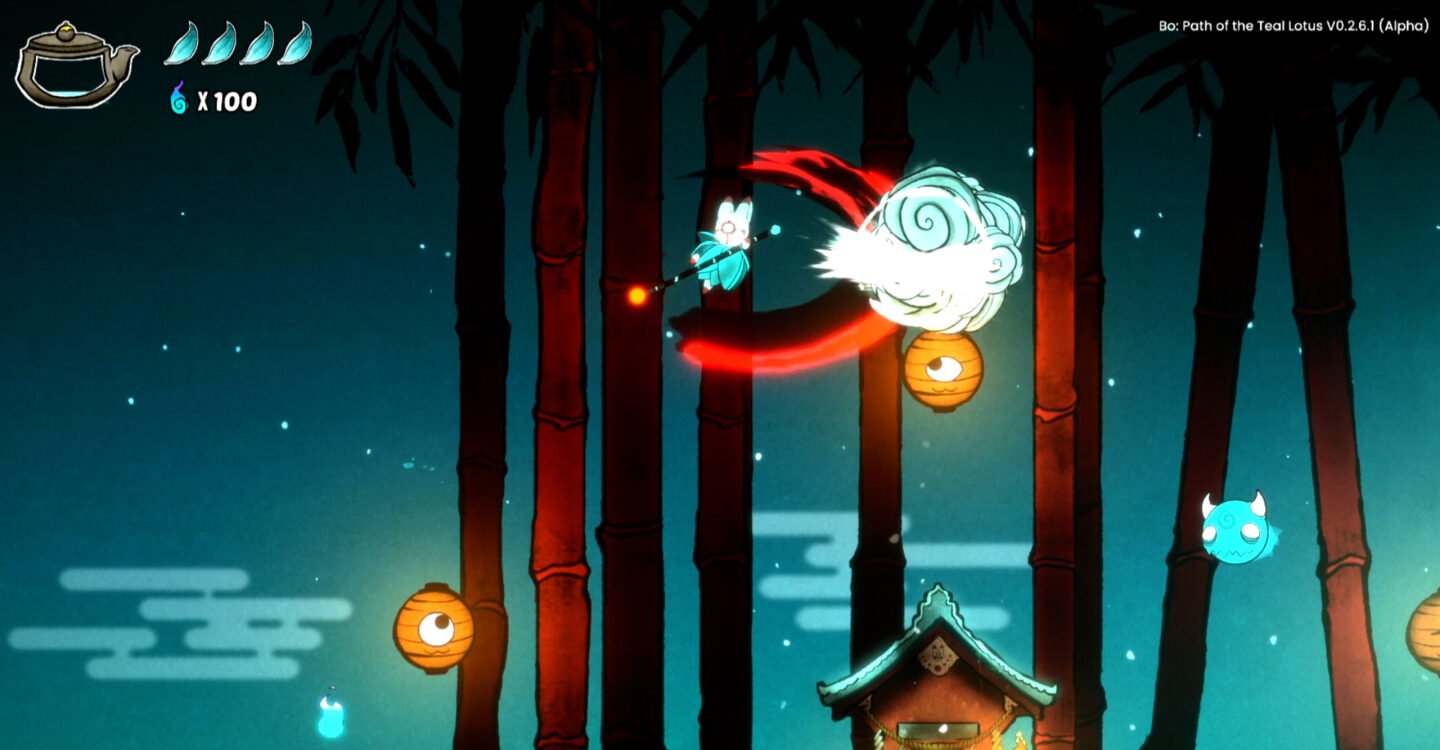 Following the initial release, Nintendo sent several DMCA notices to websites hosting the game, including the official blog and the Metroid Database, forcing their removal and halting the development of future updates.

The following year, Nintendo announced Metroid: Samus Returns for 3DS. This was speculated to be the real reason for the aggressive takedown notices, as Nintendo hasn’t taken a blanket stance against fan games in the past, unless they compete with current products.


Play as a lovelorn, brooding Drac who, after a century of moping around post-heartbreak, is thrown into a monster reality-dating show, hosted by the Grim Reaper! Explore Transylvania’s perilous countryside as you slay absurd baddies on your hunt for the most eligible monsters.

Will Drac find “Love at first Bite”, or will he discover “Love Sucks”?”

Discover the "human" inside each monster as you romance, befriend or eliminate a cast of 12 fully-voiced supernatural contestants! Taking your relationships to the next level progresses your own strength, abilities, and more.

It's not a reality show until there's some drama! Make-up or break-up - we don't judge! With a weaving story full of dialogue and narrative options, as well as the ability to choose your body type and voice, become the ultimate decision-maker in YOUR story.

From the voluptuous Smashmounds, to the back alleys of Booty Bay, and everything in between, discover an unpredictable, interconnected world filled with monsters to recruit, hidden date spots, and outlandish baddies and boss encounters.

As the former glorious Drac, stripped of their old powers, it’s up to you to become your best bloodthirsty self. Vanquish goons with iconic weapons, elementals, bats, and even Medusa’s "headouken!" on the road to your victorious rampage in this side-scrolling platformer.
Top