You mean NX Rumours, everyone has an uncle working at Nintendo these days...
I can't get no...
Top 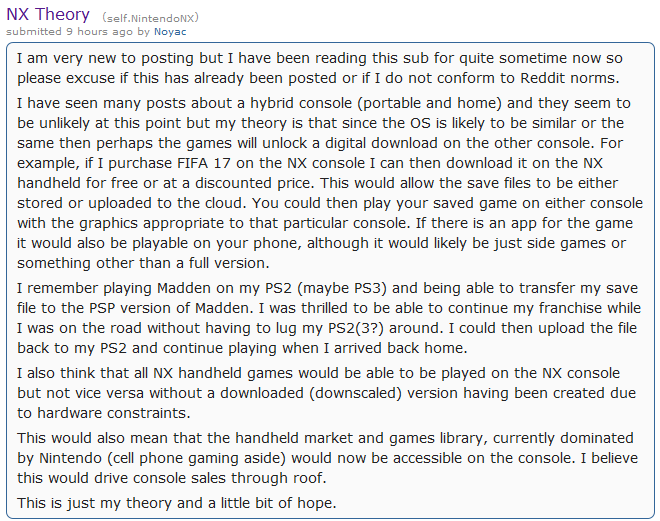 When you think about it t's pretty much a formality at this point. the NX eShop (or whatever they decide to call it) will carry a Virtual Console service, so it makes sense to bring those games out.
I can't get no...
Top

Again, with Wii U games most probably coming to NX VC you'll need a GamePad type controller, there's also DS and GameBoy advance games that work really well with it, Amiibo support, Plus a lot of people like off TV play.
I can't get no...
Top

mynintendonews.com
I can't get no...
Top

Could be another Gamecube/Wii kinda deal, EA would be ecstatic with this!
I can't get no...
Top

Mynintendonews.com
I can't get no...
Top

mynintendonews.com
I can't get no...
Top