I'd say about 2007. They weren't perfect, but I wasn't thinking "why am I watching this crap?" every show.
Top 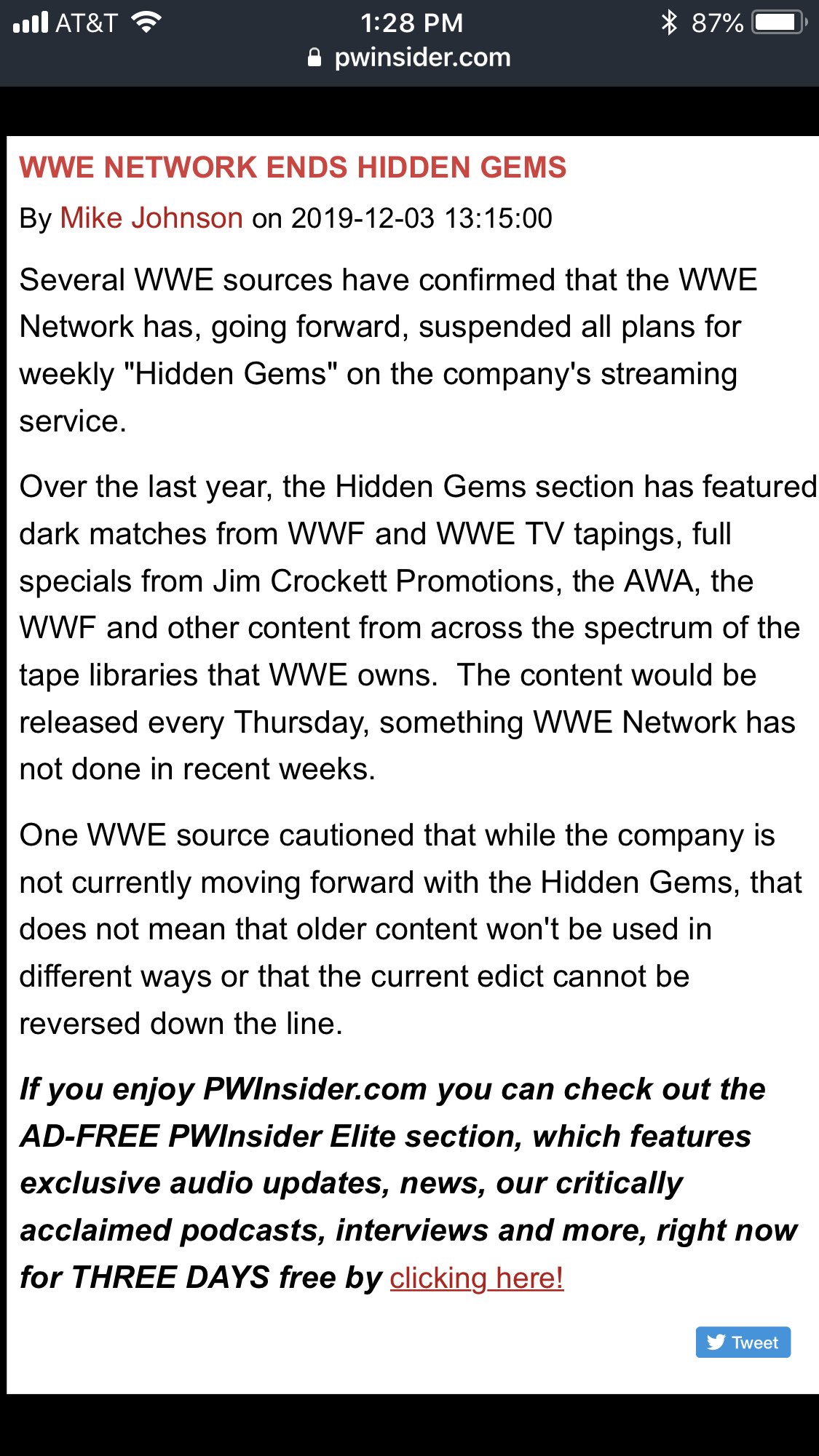 OK thanks. I'd be interested to see old BG forum wrestling posts (I think the old board was up then) from that time frame to see what the general consensus about WWE was back then.
Top

It was me telling Ocelot every few days he was too negative about the WWE but now 10 years later we both agree it sucks.
Top

I think I joined BG back in 2006, Wayback Machine has the forum but you can click a topic to read the posts

Hah. You're old and grumpy like me now.
Top

(Hogan, Hall, Nash & Waltman) are going to be inducted too

Vicious & Delicious not getting in is another reason I'm done supporting WWE.

Also wasn't The Giant in before Syxx?
Top

Ted DiBiase was the fourth member and then Giant. Then they tried to say Sting had joined (but instead it was nWo Sting). Sean was actually the sixth member of the nWo. If we go canonically Bisch said he was a member since the beginning and considering he did come up with the angle (well his take on the UWFi invading New Japan angle) in theory he should be going in.

Thought they would have saved Big Dave as a headline induction for the following year.
Top

I'd go with the entire 1996 team since that was the classic version: Hall, Nash, Hogan, Giant, DiBiase, Syxx, Bischoff, Buff, Vincent, Liz, VK Wallstreet, Big Bubba and Norton. You can leave out Fake Sting since that just lasted a few weeks and nWo Japan won't get inducted because that was a New Japan thing.

But really Buff does deserve more consideration than Waltman. Syxx was in the nWo for a year, Buff was in every version of it for 3 years until the final Russo one with Bret as the leader.
Top

Batista is going in before Undertaker. I give up.
Top

Undertaker said he really wants to be retired for good before he goes in, and there's still the Saudi money tempting him to keep wrestling.
Top

Wasn't Taker against going into the HOF in regards to his gimmick too?. Maybe since he's done out of character interviews and is on social media his stance has changed.

As for the nWo induction, in the least they need Eric Bischoff but Buff, Scott Norton, Vincent et al should all go in too. I'd include Dennis Rodman since he could be the celebrity induction for 2020.
Top

He said he wants to go in but after he's 100% done and never wrestling again. The problem is he became very popular in Saudi Arabia so they keep offering him huge money to come back. So he might have another few years left. He won't turn down 7 figures for one match.
Top