I stand corrected. Apparently Eric Young from 2013 is the Intercontinental champion. 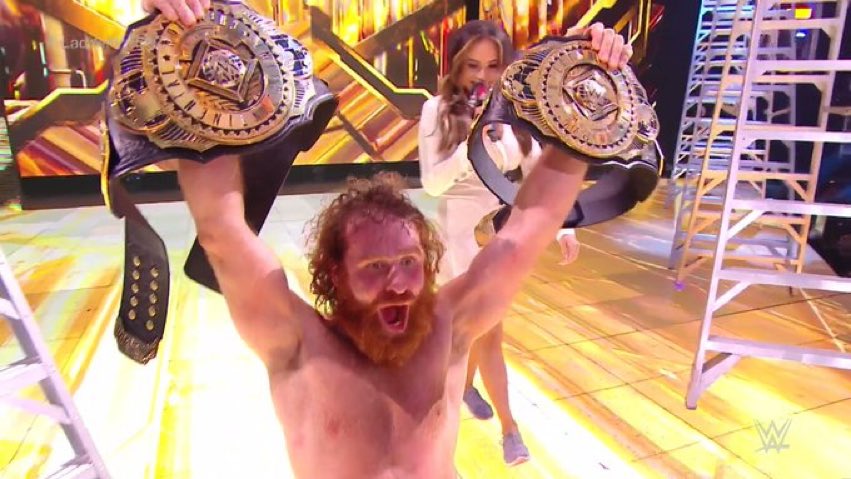 I was wrong again. It seems Eugene returned and won the Intercontinental title. 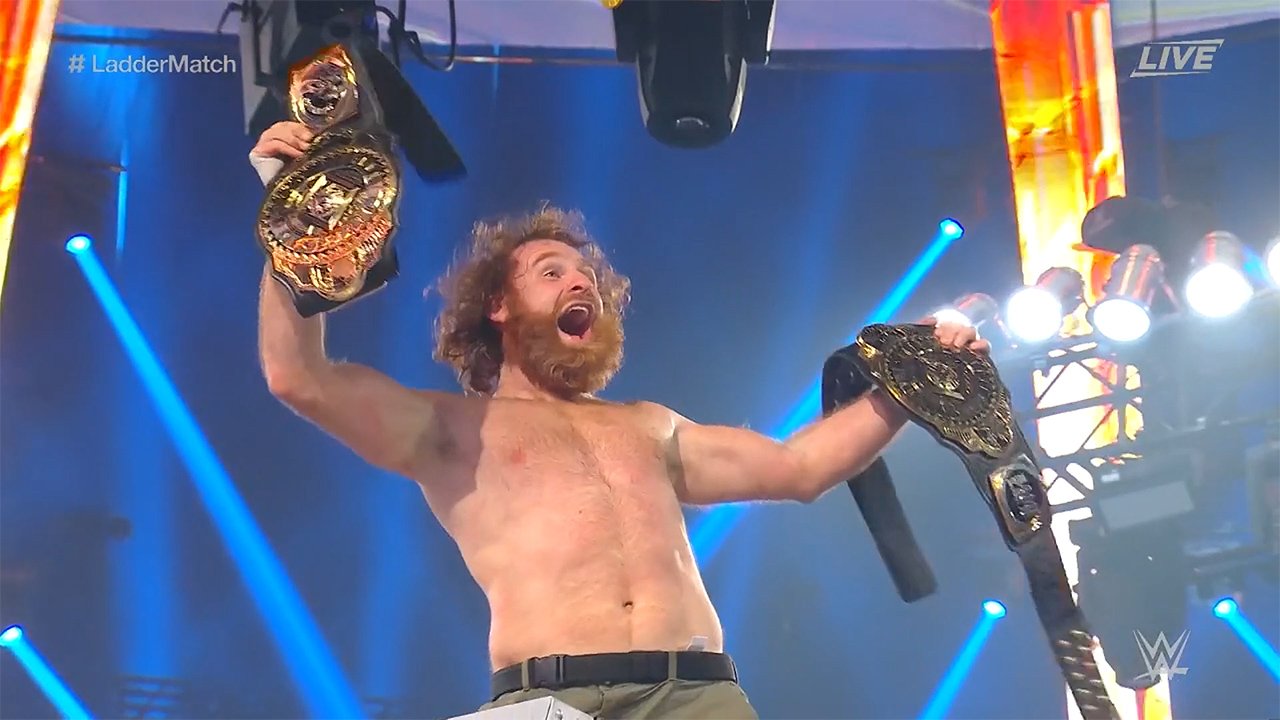 watched the ppv last night & the firs match was great fun, easily the one of the best ladder matches for quite some time. The cuffing Hardys ear to a ladder was great, bonus points to whoever came up with that idea.
A lot of the rest of the show was kinda 'meh' sadly, the 2 big title matches at the end well, the Orton vs McIntyre one was very enjoyable & the suprise revenge bits worked really well in context so I enjod it.
I cant saw the same about Reigns vs Jey Uso one though as that had the least satisying kind of ending for any match which turned it into a wasted main event in my eyes
Top

NIce shot (or Shotzi) at the end of the gif. Shame about the possible broken neck/busted skull though.
Top


The updated rosters for Raw and SmackDown following this year's draft are listed below:

Caught the PPV. Reigns as a heel is one hundred million billion trillion times better than as a face and that I-Quit match was straight fucking fire from bell to bell. Ten million stars.
Women's HITC was pretty on fleek too. Bayley and Sasha are superworkers and it's about fucking time that Sasha gets the ball and runs with it for a while. Girl has worked her ass off. Ten million stars.
Wouldn't wipe my ass with the main event or any other match, but those two matches above made me have a big happy.
Top

well the 3 HiaC matches were faily good fun, though the opening one could have had a stronger ending, few thoughts:
24/7 - well it was R Truths title to keep almost always I guess, at this point I'm convinced it was dreampt up for or by him, still he normally is entertaining with it & Gulak shouldnt have kicked Little Jimmy (if I'm on the same stuff as Truth anyway) seriously though this

made for one of the more entertaining bits on a kick off show lately
Reigns vs Jey Uso - as I said it was pretty god but that ending was really crappy, was loving it until that point
Hardy vs Elias - well it was a thing I guess, I'm honestly amazed they havent dropped the whole running down thing yet, by this point they normally would have
Otis vs The Miz - Competant but the storline backstage craps made my interest level drop, I do like Otis & he's entertaining to watch but this angle was going downhill fast even before Tuckers betrayal
Bayley vs Sasha Banks - second HiaC of the night & once again it was actually good fun with a nice ending
Lashley vs Slapjack - very much a placeholder while they got ready for
McIntyre vs Orton - last HiaC of the show & again bloody entertaining (no pun intneded for the tiny blood pack used) I was definaylt rooting for Drew but thats hardly a suprise as everyone except the writers were. But all runs end & having Oryon win means more of these two beating the hell out of each other for quite a while yet. I did like the half nod to a classic HiaC though when Drew went though the anounce desk, sadly I fear modern healt & safety crap was the reason they had to clamber halfway down the cell to do it though, still more extreme than more of the wwe's pg crap though so thats good.

Overall I enjoyed it, the only preoblem being I mistimed watching it & missed the first 20 minutes of Raw as I forgot america changes their clocks on a diffenat date to Britain so I couldnt go straight from one to the other, ah well not a big issue really
Top

I dunno but apparently Elias is a rat's wet dream and Becky is controlling of her men in bed.
Top
Post Reply
3432 posts