That video looks extremely annoying just from the thumbnail!

Well that's a little much
Top

Yeah, that's probably a tish overboard on the analogy.

Hotfix 1.06 is available on PC and consoles! Here is the full list of changes:

- Dum Dum will no longer go missing from Totentanz entrance during Second Conflict.

- Removed the 8 MB save file size limit. Note: this won’t fix save files corrupted before the update.
Top

CD PROJEKT promised a lot for Cyberpunk 2077 but barely managed to deliver a competently functioning experience and no, I'm not just talking about the PS4 and Xbox One versions.

Yeah, that's probably a tish overboard on the analogy.

Scalpers selling consoles and games at 10 times the price are just people NOT in the cult taking advantage of the stupidity of people in the cult.

Developers and publishers adding patches and updates and day one DLC was laying the groundwork for all of us to drink the poison koolaid.

The cult has members so devout that they will defend EA and defend Bethesda for buggy games that frustrate them more than entertain them. And people who get paid to put a positive spin on all the bullshit.

Some of us got drawn into the cult when we wanted to play half life 2 and steam was our matching purple robes and bulk sale Nikes that we all put on blissfully unaware what was planned for us back then.

Some have been drawn into the cult by fortnite and pubg.

Worse than members of the steam sub sect who put ourselves down this path are the ones who hate and complain.. AND THEN STILL BUY THE SHIT!

AND WORSE THAN THEM are the ones who bitch about how tencent and epic are RUINING GAMING FOR US ALL, but still claim the free fucking games.

Fallout 76 was the game where the poison got handed out to gamers worldwide...

Cyberpunk is the game that had 8 million people drink the fucking poison before they were meant to and no one wants to be left out and alive so everyone else has no choice but to either buy it and also drink the poison, or pirate the game, pretend to enjoy the taste and tip the drink onto the nearest pot plant.

If people enjoy all the bullshit, let them enjoy it. It’s only supposed to be entertainment.

But I’ve been very deep in this suicide cult for a very long time so when I’m slipped a lightly spiked fruit drink, I will spit it out right away, in the case of cyberpunk, after the 40 years of delays, that wasn’t lightly spiked.. it was a cup of mostly poison that fucking reeked of it before the cup even touched my lips.

Fuck us gamers can be stupid... we’re ruining it for ourselves, and everyone else.
I’m going to play my older cult games. At least I have grown accustomed to the poison of them and it doesn’t affect me so much anymore.
If I should Die Hard Arcade before I Alan Wake.
PREY the Lords of Lore my Soul Calibur to Take-Two Interactive.
Top

In this update we focused on various stability improvements, which you can find outlined in the patch notes below. We will continue this work in patch 1.2 and other upcoming updates. At the same time we will keep fixing the bugs you encounter and listening to your feedback on how to improve the overall game experience.

- Fixed an issue where prompt for exiting braindance could be missing.
- Removed an invalid item from loot.

- Fixed an issue where a grenade's trajectory could be displayed in photo mode.
- Fixed particles' hue appearing pink when viewed close up.
- Fixed cars spawning incorrectly in Reported Crime: Welcome to Night City.

- Fixed an issue where completing one of the assaults in progress in Santo Domingo would sometimes not contribute towards progression for The Jungle achievement, preventing its completion.

- Addressed the issue responsible for saves getting oversized (related to the modifier indicating if the item is crafted), and trimmed the excess size from already existing saves (note: this won’t fix PC save files corrupted before 1.06 update).
- Fixed an issue where input could stop registering upon opening the weapon wheel and performing an action.
- Fixed an issue where the "Continue" button in the Main Menu could load an end game save.

- It will now be possible to obtain achievements while in Steam offline mode. Note: Offline mode needs to be enabled before starting the game. This change does not work retroactively.
- Addressed the game startup crashes related to loading cache on NVIDIA graphics cards.
Top

Have any patches fixed the texture loading problems of the OG XBOne or PS4 yet?
Top

Texture pop in is improved on the PS4 but worse on the Xbox One after this latest patch.
Top

Cyberpunk 2077 on PC... tested on an Xbox One CPU? Yes, it's possible - just. Last year, a PC motherboard with an embedded Xbox One processor appeared in Far Eastern markets. It's the first time we've been able to run Windows on a last-gen console APU, so just what level of gaming performance can we achieve from it? And if we run Cyberpunk 2077's PC version on a console CPU, how does it actually compare to the console version itself? So began a lengthy journey that only recently reached a conclusion.

Looks like I will finally have to unwrap my copy of Cyberpunk that I got day 1. 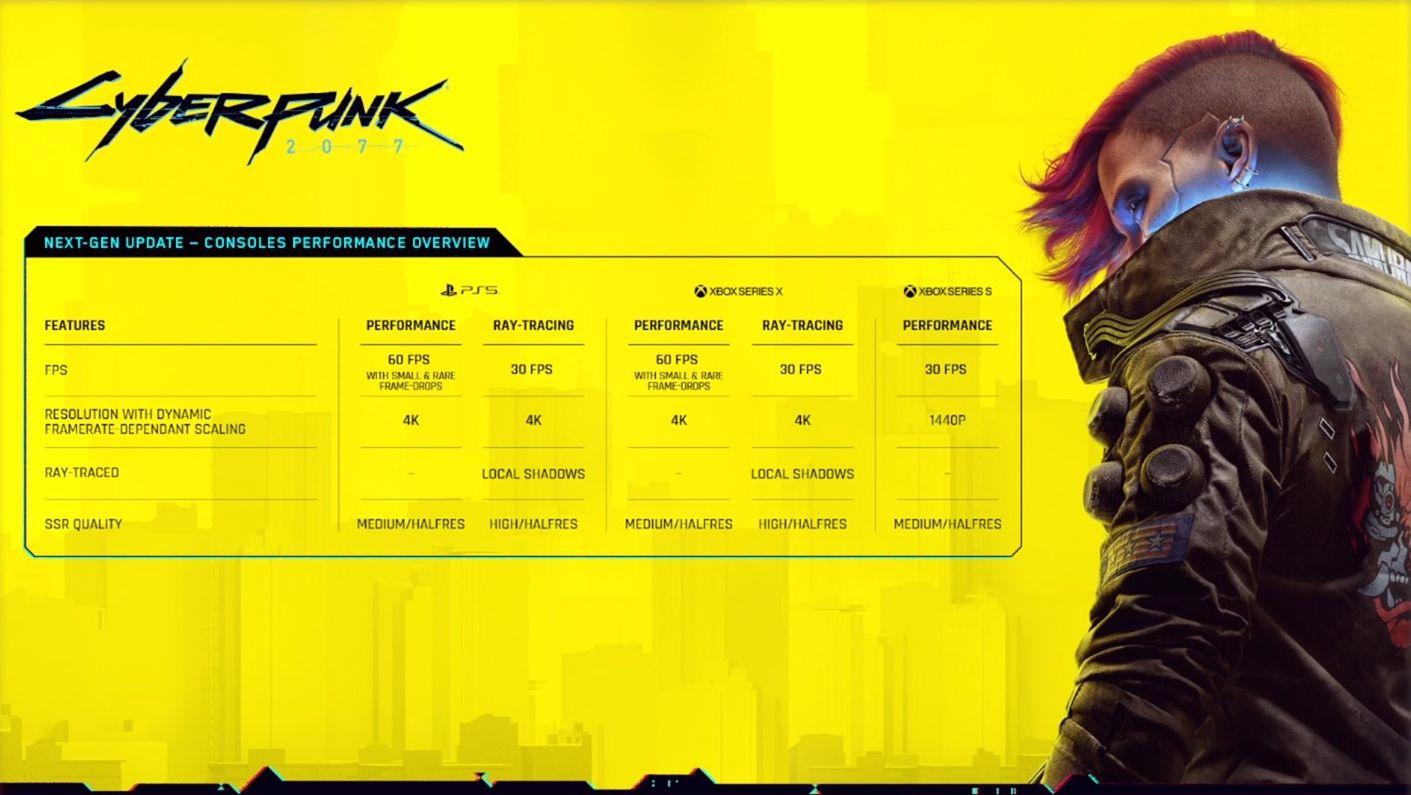 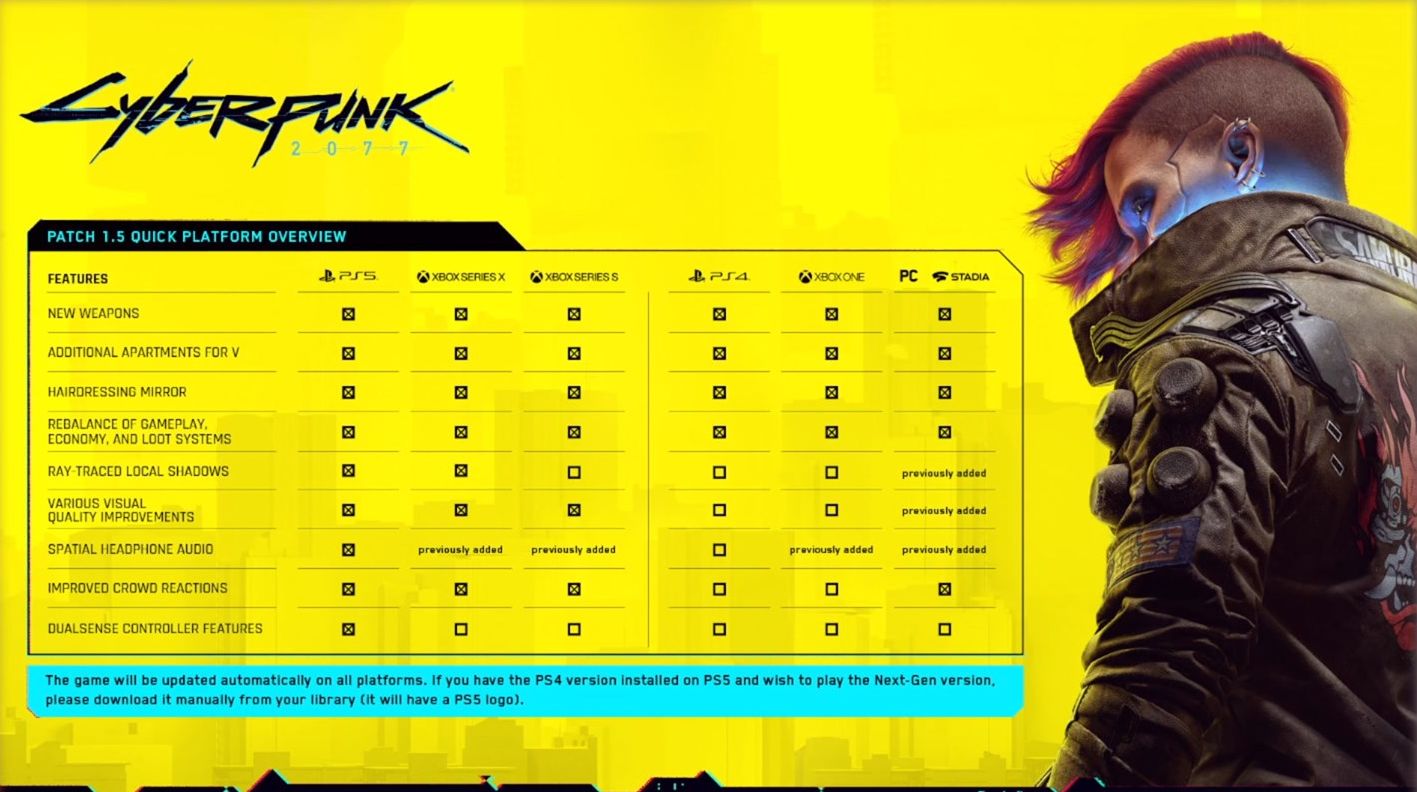