I have my OS on an SSD and then have two additional drives for storage. The first drive is a WD Green WD30EZRX 3TB IntelliPower 64MB Cache SATA 6.0Gb/s 3.5" Internal Hard Drive I have had a problem for awhile now where it would randomly disconnect and would no longer show up in My Computer. Usually rebooting would fix it but sometimes it wouldn't even show up in the BIOS and then if I unplugged it from the board and plugged it back in it would show up and work. I figured the drive could be going bad so last December I purchased this Seagate BarraCuda ST3000DM008 3TB 7200 RPM 64MB Cache SATA 6.0Gb/s 3.5" Hard Drive It was working fine but sometimes it would also disappear and have the same issue as the other drive.

With the Seagate drive it seemed it would usually disconnect when I was doing something that was actually using the drive. Most often it would happen when downloading. I unplugged them and plugged them back in to different ports on the motherboard and it seemed the problem had went away. Until a couple of weeks ago when the Seagate disconnected. I rebooted and it would show up in My Computer but only for a short time before disappearing again. When rebooting again it wouldn't even show up in the BIOS and Windows would take much longer to load. I tried different ports on the board but had the same results. Sometimes it would appear in the BIOS but then Windows would load very slowly and it wouldn't show up in My Computer. I noticed when the computer would first power on the drive would make kind of a click noise. Just one click, not several in a row. It didn't really sound like a click of death but I figured the drive had died even though it was less than a year old!

Just to be sure I hooked the drive into another PC. It booted up and recognized it just fine. It doesn't do the click upon startup like it did in my PC. I was even able to copy a few 100 gigabytes worth of data from it to the drive in the second PC. So I tried hooking it back into my PC to see if it somehow worked now and had the same results as before. Either detected in BIOS then not showing in Windows or just not detected at all. This was a week or two ago. Today I hooked it up into the secondary PC to see if it still functions and it works just fine. I was able to access any file I wanted on it and it seemed to operate with no problems. I've looked at the SMART data and there was no errors. I ran checkdisk when I first hooked it into the secondary PC and it found some kind of file related error but repaired it.

Is it just my motherboards SATA ports that are somehow screwed up? I would think so but it seems weird that the SSD drive hasn't been disconnecting since both the WD and Seagate drives were. Any ideas of what could be causing it? The Seagate HD isn't even a year old and while it could fail that quickly it seems rare that it would. I was sure the drive had failed but the fact it is working on the other PC seems to disprove that. At this point I don't think I will be able to use it in my PC anymore, but why? What would cause it to disconnect then not work anymore on one PC but work fine on another?

One more thing I forgot to mention. At some point during these issues the power on count and power on hours of the WD drive seemed to have reset. This isn't a big deal but also wondered what could cause that to happen and if it may be related.

It's the motherboard!
Hank Azaria not playing Apu on the Simpsons will make the role as irrelevant as the Simpsons has been as a series since 1999!
Top

I'm going to switch back to my previous motherboard. It is basically the exact same board except it is an H77 chipset where the one I'm using now is a Z77. The main difference is the H77 doesn't support overclocking so I'll be back down to the stock speed which really probably wouldn't even make any difference. It is at 4.2ghz now and stock is 3.8ghz.

Well I tried the other motherboard and still get the same issue. I don't get it. I even ran a full chkdsk /r and it came back fine. For now the only way I can really access from my PC is through the network while it is connected to the other PC.

Update on the situation. I've been using the Seagate drive that won't even show up in the bios on my computer using the H77 and Z77 motherboards since I made this thread and have had no problems. Last night I decided I would run Seatools on it and see what it came up with. It passed all tests with no problems.

The Western Digital drive doesn't seem to disappear anymore but it still gives me issues. For example I was trying to install a game yesterday. It took 3 or 4 tries until it fully installed. It would fail at random times with an I/O error not able to write data then the drive would still show up but nothing could be accessed. After rebooting it would be fine. The same thing happens when downloading to the drive. It will randomly "fail" but after rebooting it is fine. So I ran the WD tools on it and it also passed all the tests with no problem. 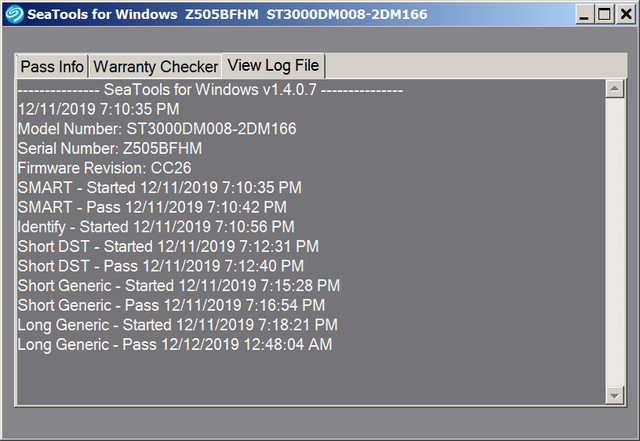 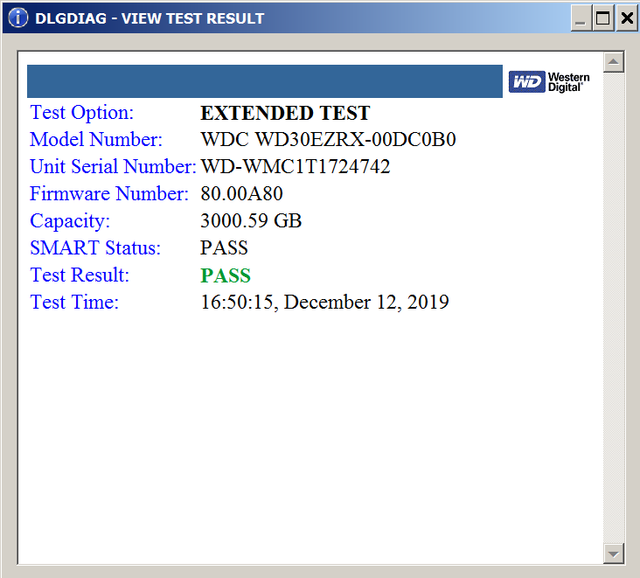 It is such a weird issue. Why would the Seagate drive fail to even be recognized on two different boards where it originally was working fine but then work fine on a different computer.

Gypsies!
Hank Azaria not playing Apu on the Simpsons will make the role as irrelevant as the Simpsons has been as a series since 1999!
Top

Stupid question, but you have already tried switching out the SATA cables, right?
Top

melancholy wrote: ↑
Fri Dec 13, 2019 11:40 am
Stupid question, but you have already tried switching out the SATA cables, right?

Yep, many times actually. Different sata connectors on the motherboard too. Even if I don't fix the problem I'd still really like to know what is causing it. It just makes no sense! How can a drive appear to be so damaged that it isn't even detected on two different motherboards not only show up on a different system but work perfectly fine and pass all tests? I've also ran chkdsk several times on both drives. If these drives were as bad as my computer makes them appear to be then there is no way they could pass all the tests using the manufacturers software right?

I'm thinking about trying to put the Seagate drive back in my PC since I've run all the tests from Seatools on it just to see if somehow it decides to work now.

*UPDATE So I did put the Seagate drive back into my main computer which wouldn't even recognize it and....it now seems to working!

It was around 12/13/19 2:30am when I hooked it up. I am writing the time and date to see how long it continues to work without issue. Before hooking the drive up I checked the ASROCK website to see if there was a BIOS update for my motherboard. The latest one was a beta version from 5/30/18 with the only update listed being "Update CPU Microcode" so I went ahead and updated it. I really don't know if that had anything to do with the drive working now or not. It worked fine before with the previous BIOS version then one day just stopped working so I kind of doubt the BIOS update did anything. Lets just hope that whatever the problem was is now gone and both HDs will continue to work problem free.

So I've already had issues with it while hooked up to my PC. Same thing as before the drive seems to be functioning fine but then either disappears completely or still shows up but is inaccessible and shows the file system as RAW. Sometimes on restart it is not detected in the BIOS, most times so far it is.

On the latest boot up it became inaccessible almost immediately so I tried just unplugging the SATA cable from the drive and plugging it back in while the computer was running. It came right back up and hasn't had an issue yet. That was only a couple of hours ago though. I ran a chkdsk /f while it is hooked to my PC and it came back with no errors.

I never did figure out what the problem was. Currently the Seagate drive is in my PC and has been working fine. I never did get the Western Digital drive to function correctly in my PC. So since December 2018 I've had it in another computer which it works fine in and connected to the network. So I can still use the drive but only through the network. This of course is very slow so I'm mainly using it to store stuff until I want to use it and then copy it back over to the Seagate in my PC. It isn't ideal but at least it is working.

I've hooked the WD drive up in my new computer and it seems to be working OK. So clearly something was weird with my motherboard. The really weird part is that both of the ASRock boards had the same issue.