Resident Evil 7 biohazard Ushers in a New Era of Fear

Horror fans all have one thing in common: We live to be terrified. Capcom has heard fans’ masochistic cries for a Resident Evil game far more terrifying than anything that has come before it. Resident Evil 7 biohazard is the harrowing homecoming you’ve been waiting for, and it’s coming to PS4 (with the full gameplay experience also available via the included PlayStation VR Mode), Xbox One, and Windows PC (Steam and Windows 10 Store).

Capcom is able to achieve a shocking degree of visual fidelity thanks to the new proprietary in-house RE Engine that includes VR oriented tools. Last year’s “KITCHEN” tech demo for PlayStation VR was in fact built on this new engine as well. With the RE Engine plus industry leading audio and visual technologies, you experience every abhorrent detail up close and personal in Resident Evil 7. Playing the game in the PlayStation VR Mode escalates the unsettling feeling of presence to a level that horror fans have never experienced. That’s right, the full gameplay experience is available in the included PlayStation VR Mode from beginning to end. No Resident Evil you’ve ever survived could prepare you for this.

Of course, a horror story is only as frightening as its setting, and Resident Evil 7 pays tribute to the franchise’s origins on this front as well. Resident Evil 7 is set after the events of Resident Evil 6, taking place in modern day and revolving around a foreboding, derelict plantation mansion in rural America. Players must explore and survive the horrors within the mysterious, sprawling estate.

Courageous PS4 owners can get a taste of this exciting new chapter of the Resident Evil series by downloading the “Resident Evil 7 Teaser: Beginning Hour” demo. This free demo of Resident Evil 7 is available exclusively to all PlayStation Plus subscribers at this time, and offers a sense of the intense and terrifying experience awaiting you. We don’t want to spoil your time playing Beginning Hour by offering too many details, so start your download now and prepare to face your fears.

Pre-orders for North America via the PlayStation Store are available starting today and come with the exclusive Resident Evil 7 dynamic PS4 theme. True survivalists who pre-order the Standard or Digital Deluxe version of Resident Evil 7 will receive the Survival Pack, which includes an early unlock to the hardest difficulty mode as well as a special item set when the game releases. Pre-orders for Xbox One and PC will be available soon.

The Resident Evil saga started 20 years ago with the launch of the 1996 original, and this exciting new evolution makes now the perfect time to be a fan. Experiencing the exploration and immersive atmosphere in the new, unnervingly intimate first-person view of Resident Evil 7 is guaranteed to be the stuff of nightmares when the game releases for PlayStation 4, Xbox One, and PC on January 24, 2017. 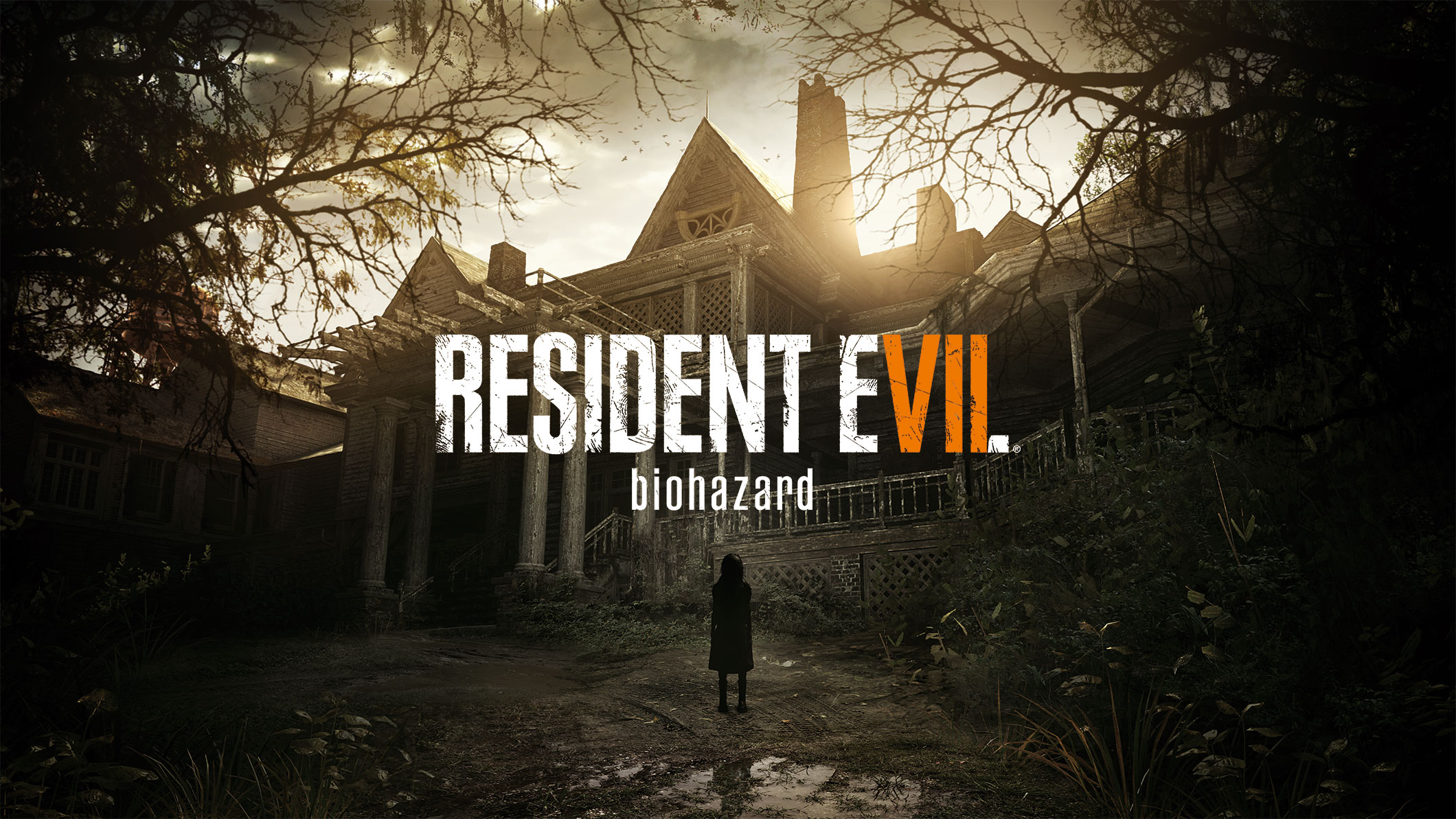 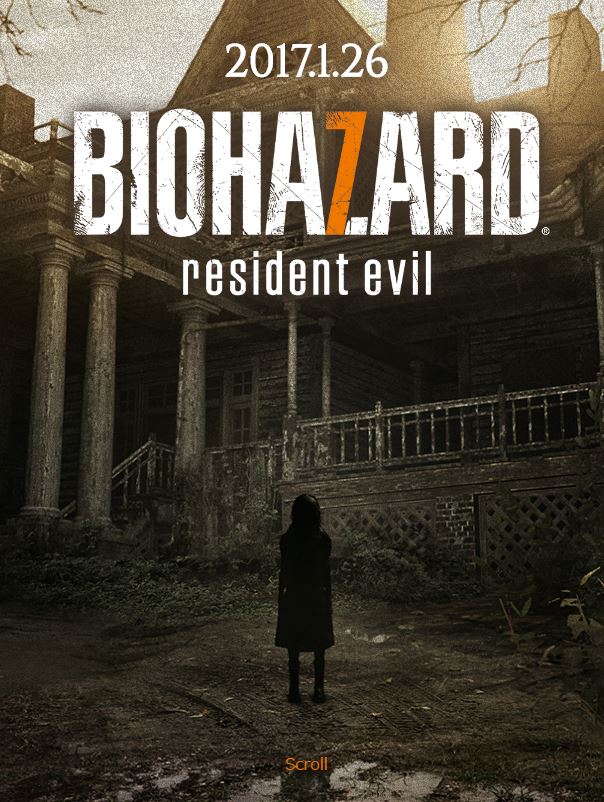 Resident Hills. I like the logo though pretty clever.

In the wake of Resident Evil 7‘s E3 reveal, Capcom dropped a teaser demo that’s… different. “Resident Evil? More like Resident P.T.-vil,” said somebody somewhere, probably. But according to Capcom, the final game will be more like classic Residents Evil (the correct plural; fight me) than people are expecting.

As with anything that’s different, the Resident Evil 7 teaser has been divisive. Some people love the return to horror over action, but others wonder why Capcom even slapped the Resident Evil name on a slow-paced, first-person exploration game that seemed wholly removed from their precious realm of zombie viruses and raccoons. Because video games are involved, fiery debates ensued. Capcom, however, has stepped in to settle them. Maybe.

“Puzzle solving, resource management, and combat” are all “coming down the line,” director Koushi Nakanishi told IGN. “They’re all in there, but we’re focusing on horror has come home as a kind of theme for the teaser demo. So if you thought the games were going away from horror in previous years, this is just a statement of intent, purpose, to say it’s back.”

Players have already uncovered clues to one weapon, an axe, in the teaser. There are traditional elements like an inventory as well. It’s worth noting, however, that the teaser is not part of the main game. Capcom said as much during a recent stream.

Resident Evil 7 will also be set in the same universe as other games, set after RE5 and RE6. That said, the full game will still be far more intimate in scale than recent series entries, so don’t expect another Hollywood blockbuster-type scenario. “If anyone out there has a bloodlust for holding a gun, check out Umbrella Corps,” Nakanishi said to Eurogamer. “We are separating these aspects out into different titles where that gameplay can come to the fore, and makes the most sense for that title. [Resident Evil 7] is not going to be a gun fest.”

Capcom’s trying to create a claustrophobic experience that mixes exploration, puzzle-solving and a bit of combat to get your heart pumping and every part of your body (even your butt) sweating. In other words:

“The game is survival horror,” Nakanishi said to EG.

But if that’s not enough to convince you, here’s the most important news of all:

“I can confirm herbs,” he said.

Capcom is even bringing back our beloved herbs.

With a new Resident Evil game underway, there’s a lot for long-time fans to get excited about. Reports coming out of E3 agree that Capcom has been taking RE6 criticism into account, restructuring gameplay to provide a stronger horror experience. Specially, that means a first-person perspective, more influences from the original games, and the complete removal of quick-time events.

While the Beginning Hour demo content won’t be featured in the finished game, Resident Evil 7 will follow its approach to horror. “The teaser is kind of a tonal preview instead of a content preview,” director Koushi Nakanishi told IGN. “It’s also not showing off all the gameplay pillars we’re going to have. It’s focusing on up front to the key pillars, which are fear, horror, and exploration of an environment. The other key pillars of Resident Evil – puzzle solving, resource management, and combat – they’re coming down the line. They’re all in there, but we’re focusing on horror has come home as a kind of theme for the teaser demo. So if you thought the games were going away from horror in previous years, this is just a statement of intent, purpose, to say it’s back.”

In case it wasn’t clear, that’s also why Resident Evil 7 will be first-person – to better emphasize a horror focus. “First-person camera was part of the original concept of this game,” Nakanishi elaborates. “It wasn’t something that was decided on part-way through. What’s the most appropriate way to bring the type of horror experience we’re trying to bring to players. The answer to us straightaway was that first-person perspective – it was the solution to what we were trying to do.”

Even better, these gameplay revisions include the return of health-restoring herbs and a less-than-fond farewell to maligned quick-time events. If all goes well, that means we’ll be falling in love with Resident Evil 7 when it launches on January 24, 2017 for PC, PlayStation 4, and Xbox One.

Be sure to check out our E3 2016 hub for all the news, videos, screenshots, interviews and much more, live and direct for this year’s show.

Never would I have ever imagined that REmake2 would be a full 3D RE4 style game. I always assumed they were going the REmake / RE0 route.
Top

Holy shit that price tag. I can’t even think about how cool that is because I’m so blindsided by its cost.

EDIT: someone in the comments pointed out that it’s literally this $250 keyboard with RE branding on it. Seriously, WTF Capcom?
https://www.qwerkywriter.com/products/q ... l-keyboard
Top