An open-source remake of SimCity 2000, called OpenSC2K, has been taken offline at the behest of Electronic Arts.

EA filed a Digital Millennium Copyright Act (DMCA) request to take the game down. It points out that OpenSC2K uses assets from SimCity 2000 which are copyrighted and, in an accompanying notice, EA pointed out: “Assets from the game are being infringed upon. An authorized and legitimate copy of the game can be found available for purchase here.”

In the OpenSC2K readme, extracted as part of a thread on Hacker News, OpenSC2K developer Nicholas Ochoa said: “These assets are NOT covered by the GNU General Public License used by this project and are copyright EA / Maxis. I’m including these assets in the hope that because the game has been made freely available at various points in time by EA, and because it’s 24 years old as of publishing this project that no action will be taken. Long story short, please don’t sue me!”

Alas, as described above, EA is still selling SimCity 2000, so the DMCA takedown notice was inevitable. Ochoa does have a plan to get Open SC2K back up and running: he told TorrentFreak: “I was never contacted by EA or GitHub prior to the takedown – I received notification after the fact from GitHub. Nobody from EA has reached out since and I’m still waiting for GitHub to review my request. My plan right now once the repo is restored is to remove the copyrighted content and provide instructions on how to extract the assets directly from the original game files.”

That, however, sounds a tad ill-conceived, since the DMCA request clearly states: “”The current audio visual output of the repository creates content that infringes on Electronic Arts copyright. As long as that continues to happen, no other changes other than removal is sufficient to address the infringement.”
source didnt even know it was a thing, now it aint


Why not just make it use the assets from an installed version version of sim city 2000?
Top

cos the 'version version' is super rare
Top

I saw that. Its a great deal if you have an interest in most of those games, but there's only about 3-4 I would actually want.
Top


F.E.A.R. 3 - Horror and FPS action combine into Monolith's magnum opus, you'll shoot and kick your way to victory. And also crap your pants

Wait a second... monoliths magnum opus?
Couple of things, 1 they misspelled no one lives forever 2.
And 2, fear 3 wasn’t developed by monolith anyway.
I don’t care if it’s for charity or if the games are worth a billion dollars, the most important detail is wrong!
Hank Azaria not playing Apu on the Simpsons will make the role as irrelevant as the Simpsons has been as a series since 1999!
Top

This SCUM game doesn't have enough stats in it for my liking. It needs more! 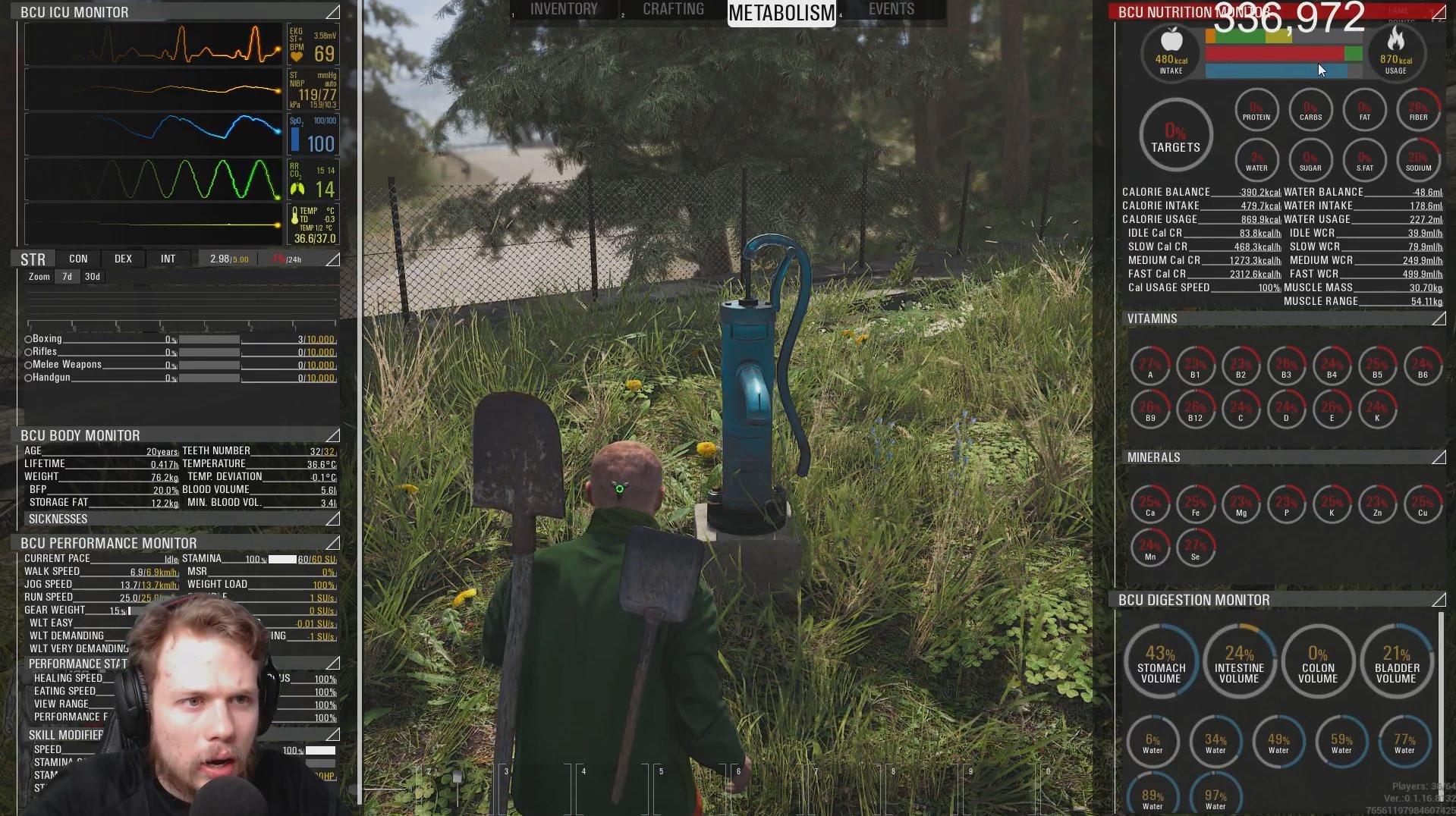 Can we just make a free games thread? I think it would be more convenient, especially since they seem to pop up pretty commonly.
Top

Sounds like a good idea. Either that or a combined free/bargain thread.
Top

Do you like cartoon porns? Valve has something for you!

EA plans to remaster their classic Command and Conquer games

EA plans to remaster their classic Command and Conquer games
Back at E3 2018, EA revealed Command and Conquer Rivals, a mobile game which probably created more anger amongst series veterans than excitement, resurrecting the name of one of PC gaming most beloved RTS franchises to turn it onto a mobile clicker game.

The Command and Conquer series has been effectively dead since the release of Command and Conquer 4: Tiberium Twilight, where EA took a bold step in the wrong direction with the franchise, leaving the RTS series without a proper base-building entry since 2009's release of Red Alert 3: Uprising. Since then EA has attempted to make a sequel to Command and Conquer: Generals, a free-to-play title which was ultimately cancelled in late 2013.

In the aftermath of the Command and Conquer: Rivals announcement, EA has head fans of the series loud and clear, that PC gamers want to see the franchise return to PC. Now EA has announced that they have been exploring the possibility of remastering the classic RTS titles, stating that they "already have the ball rolling on our first effort".

My name is Jim Vessella, and I’m a Producer at Electronic Arts. Ten years ago I had the pleasure of being on the production team for Command & Conquer 3 and Red Alert 3, along with being the Lead Producer on Kane’s Wrath. During those years, some of my favorite moments were interacting with our passionate community, whether at our onsite Community Summits, on the forums, or while attending various events such as Gamescom.

As most of you may know, we recently announced Command & Conquer: Rivals, a mobile game set in the Command & Conquer universe. Following the reveal of Rivals, we heard you loud and clear: the Command & Conquer community also wants to see the franchise return to PC. And as a fan of C&C for over 20 years, I couldn’t agree more. With that in mind we’ve been exploring some exciting ideas regarding remastering the classic PC games, and already have the ball rolling on our first effort to celebrate the upcoming 25th Year Anniversary.

We are eager to hear your feedback to help influence our current thoughts for PC and what comes next. Over the next few weeks we’ll be talking to fans in a variety of ways. In the meantime, please share your thoughts here on the subreddit.

As a long time C&C fan and developer, I am just as passionate about the C&C franchise as you are, and look forward to hearing your thoughts as they help us shape the future of C&C at EA!

At this time it is unclear which games EA intend to remaster, and how much of an overhaul these classic PC game will receive. Will this be a Starcraft: Brood War style remaster, or does EA plan to make larger changes to their classic titles? I'd personally like to see a re-release of Command and Conquer: Generals with proper 16:9 resolution support and a higher framerate cap.
source
Top

All the feedback they need.
Hank Azaria not playing Apu on the Simpsons will make the role as irrelevant as the Simpsons has been as a series since 1999!
Top

Someone famous once said that with great power comes great responsibility. However, some people think that great power means great fun.
Where is the truth? You tell me.

Priest Simulator is a realistic, well, simulator of living as the most privileged person in town.
But first of all remember - take care of your reputation. Because you live in a place where almost everyone wants to pull your leg.
Top

I know Steam relaxed their policy on content & just went with a warning but Priest Simulator sacres me for any mini-games & choir boy parts, fortunatley a minute or so into the trailer shows a more Goat Simulator vibe
Top

Last week's Wild Hunter update to the online survival game Scum added bow and arrow skills, new animals to use them on, new musical instruments, and user-definable dongs. Amusingly, they weren't purely cosmetic: embiggening your wang requires the use of attribute points that could otherwise be put toward more useful characteristics, or you could shrink it up in exchange for a boost to your brain or biceps.

As sometimes happens with such complex, interlocking systems, the rollout didn't go perfectly smoothly. Because of that, Gamepires released a hotfix today aimed at addressing some of the most pressing issues, including: 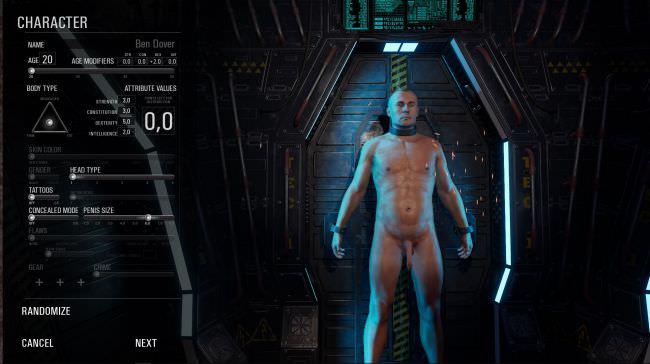