ModMyClassic wrote:Back due to popular demand, this is project update part 2 on our initial findings on the SEGA Mega Drive/Genesis mini. We are going to share any information and show a couple of bits that have taken place since the last update. Before we start, I assume you noticed our new kick ass project logo above. We love it and hope you do too.

Underclocked SoC, what the hell?
This has been talked about online a lot since we posted about it, so just some clarifications and facts. The SoC is either a rebranded/clone Allwinner A33. The A33 is the same SoC as the Allwinner R16/A23, the same SoC used in the NESC/SNESC.

The current clock scaling governor is set to ‘performance’ but is clocked at 1008000khz (1ghz). The config actually states for the SoC scaling max to be 1344000khz (1.3ghz) (the same as the SNESC/NESC) however it doesn’t reach that limit. The boot clock is set to 1008000khz and it doesn’t reach the 1.3ghz limit. This is shown here with us running the internal stress test

The bottom line is that we don’t know exactly why they did this as 1.3ghz is well within the theoretical (safe zone) of the chip and the power draw on the SoC should be well within safe limits too. The config also states the max freq clock should be 1.3ghz but it never clocks up to that. We hope to fix this as best we can in the hack so it at least mimics the same performance as the (S)NESC.

There are a number of performance tweaks that we will make when the hack is made available (Will be made optional!), this should help with the current emulation issues due to performance bottle necking. However, we also intend to make it so you can launch a different SEGA Genesis emulator from the stock UI, which we know should perform a lot better then it does currently.

There is only 256mb of RAM is that a problem?
Yeah kind of. The way the emulator/ui works right now is that it effectively decrypts and decompresses the assets directly into volatile memory, this is also a potential bottle neck. However, there are some things we are working on to overcome this and tweak the RAM configuration. Also toying with the idea of dumping the assets to tmpfs on the NAND but that will reduce NAND life so we are still looking into the best plan of attack on this.

Can you run your own apps/RetroArch/other emulators on it?
Yes. We did this a couple days after release, testing our boot programs and other arbitrary apps. RetroArch easily runs on the console, as it can effectively use the same build as the (S)NESC and cores. However, we set up a specific SEGA MD mini build target which builds the cores and RA against the SEGA MD libraries which are pulled directly from the console for good measure. This brings us nicely to the next topic…

The SEGA Mega Drive mini appears to be capable of 1080p
Don’t get too excited though! It appears there is a downscaling service on the console that is responsible for downscaling down from 1080p to 720p. This is different from what we have seen before from other classics where they natively run at 720p out the box. Technically the SoC is capable of 1080p but we have NO idea how well emulation would run at 1080p instead of 720p. (The assumption is not very well!)

Right now, it’s unknown at this time how well the system would perform running at such a high resolution or if it’s even something that is feasible but an interesting find nevertheless

Potential Cut Mega Drive Music player + Intended ROMS discovered
Cyanic was digging through and found what seems to be the index array for what seems to be a cut music player intended for the SEGA Mega Drive mini. It looks like it would take tracks from particular secton of the ROMS on the console and play them back. On this file it also lists a number of ROMS that didn’t end on the console. Maybe these are ROMS they intended for the console but couldn’t get licenses for it?

Where are you with the hack? Whats the ETA?
SPOILER: There is no ETA. Progress has been slow as we still don’t all have a test unit to physically work on however due to a select few very generous people (you know who you are!) we were able to order a JPN MD Mini on express delivery that should be here in a few days so this should help development a lot. (Plus we can dump and analyse the JPN rootfs)

We now have all the components we require for the hack and have set up all our remote build environments and automated dev ops for the project. Meaning that we are now in the process of testing and putting together the injector and payload.

The OSS provided by SEGA wasn’t 100% complete or capable of compiling OOTB, so we have had to make some educated guesses/reverse engineering in some places to make it work. However we have now successfully reproduced the Kernel and U-Boot and are putting together a custom flash image and testing it.

What can you expect?
We are still posting stuff on the developments channels so make sure to jump on the discord to make sure you are kept up to date with stuff, you can also ask us any questions about development there. (https://discord.me/modmyclassic)

p.s. Please don’t ask us for dumps of the console or ROM dumps as these are copyrighted materials and it’s against the law for us to distribute them. We only provide free to to use software and don’t distribute copyrighted content!

Lastly, we do not intend to rush this project and it will be made publicly available when it’s ready. This might mean that constant updates might become fewer but development on this as well as our other projects is 100% in motion.

Lastly we want to thank you all for your patience and continued support.

Oh we are setting up an internal group youtube here: https://www.youtube.com/channel/UC5lypn ... BNBfo5OLMA

Please give it a follow as we will post videos of stuff on here moving forward and it helps us out.

Project Lunar is chugging right along and making good progress:

We understand this and we are trying our best to cater to everyone’s wants and needs.

Therefore we put together a quick FAQ of recent comments and questions we have had over the last week which will hopefully answer your questions.

That’s fine! The boot menu is designed so you have access to extra config options on console like adjust the CPU clock speed, enable SSH/SFTP and hopefully in the future, a savestate manager where you can actually delete save states! However…

On first boot after install, you can just set whatever item to boot directly to. (Stock UI, RA, maybe Emulation Station?) and then on every reboot you will boot directly to that element.

I grabbed a Sonic 2 and Mutant League Football cart from this guy making replica carts for the Genesis Mini: https://www.etsy.com/listing/755379779/ ... -cartridge
Top

He's working on a red cartridge for Maximum Carnage and the EA brand carts as well: 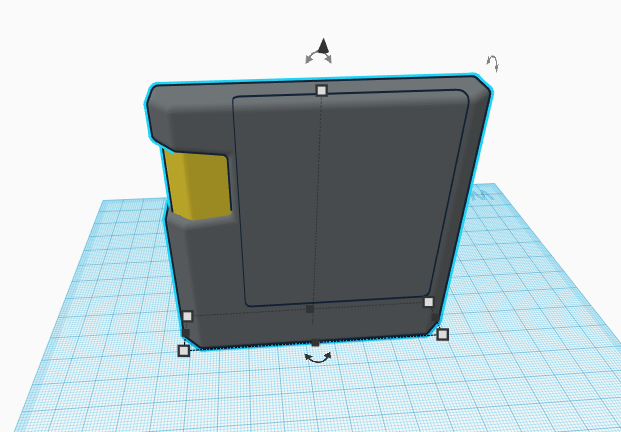 
ModMyClassic wrote:Project Lunar is a fully fledged modification tool for the SEGA Mega Drive / GENESIS Mini. It allows users to add games, mods and ports whilst also including a large array of extra features and quality of life improvements. It consists of an on console payload and bespoke desktop application for the PC and is extremely easy to use.

Project Lunar 1.0 caveats
Bluetooth support is 80% done, however we want to improve support with broadcom bluetooth devices to extend compatibility. Due to this we have delayed releasing it until 1.1
Xinput and SONY HID drivers are bugged. This means xbox based input devices are not properly working and PS4 controllers (when connected with usb) produce lag in the default emulator. This is something that is being worked on and an update will be pushed out when it’s available.
Individual game selection for sync within desktop is not supported within 1.0. It will be added ASAP

Features to come in 1.1 (or) future rolling update
Folder support. Technically we can implement folders as of 1.0, however we want to do it right and integrate it as seamless as possible.
Launch different console games from stock UI
Custom command “executors” per game. Again, executors are available within 1.0 meaning that you can run any emulator, app or command from the stock UI. This can be done via scripts on the command line however desktop integration will be available in 1.1
Bluetooth support
Desktop app sync via Wi-Fi/Ethernet. This is also available as of 1.0 but we want to improve it. It is also capable of handling multiple consoles on the same network.

Yes! I’ve been waiting for this.
Top

It worked really well to get the other Sonic games on there, 3D Blast Director's Cut and Sonic 3 Complete are running fine. I do wish that the ModMyClassic had the spine and front box art dimensions saved somewhere. I fudged some art for those two games and both look fine in the stock UI.

It's a shame that the internal NAND is so tiny, there's only about ~140MB of space left. But I'm interested in the wifi capabilities, it'd be nice if the mini could connect via SMB to my computer for ROMs.
Top

Yes it can, it's on the feature list.
Top

Gamestop is selling them for $35 for today only. Shipping is free too.
Top

OTG cables and hubs are working with the Genesis Mini too:

I'm hoping for an internal storage mod such as the Super Storage for the S/NES Mini.
Top
Post Reply
177 posts