For news that doesn't need it's own topic.

As of today, Saturday, 27 Aug, 2016, I stand not among the proud masses possessive of employment.
I do not know what to write as my signature.

Japan has a worrying number of virgins, government finds

Japan's demographic challenges are well-known: It's home to the world's oldest population and has a shrinking birthrate and an astonishing number of single people. And it seems that, despite government efforts to incentivise marriage and child-rearing, things aren't quite trending in the right direction.

The study is carried out by Japan's National Institute of Population and Social Security Research every five years. The organization has noted a marked trend since its first foray on questions of relationships and sex in 1987, when it found that 48.6 percent of men and 39.5 percent of women surveyed were unmarried. In 2010, 36.2 percent of men and 38.7 percent of women in the 18-34 age bracket said they were virgins. The number of children among couples who have been married for between 15 and 19 years averaged a record low this year.

The Japanese government under Prime Minister Shinzo Abe has said it wants to raise the nation's fertility rate from 1.4 to 1.8 by 2025. It's offering better child-care services and tax incentives for married couples, though such programs have yet to bear statistical fruit.

Most people surveyed said they want to get married at some point. It's just not clear when.

"They want to tie the knot eventually. But they tend to put it off as they have gaps between their ideals and the reality," Futoshi Ishii, head researcher for the study, told Japan Times. "That's why people marry later or stay single for life, contributing to the nation's low birthrate."

This is not unique to Japan -- in various parts of the developed world, economic uncertainty is reshaping the way millennials and other young people conceive of their sex lives and marital choices. But it's particularly pronounced in the Asian nation, where experts and government officials have spent the better part of a decade fretting over the country's population decline and, as WorldViews once put it, "sexual apathy."

A booming industry surrounds Japan's growing condition of loneliness, a phenomenon at once quite particular to the Japanese, yet also a glimpse into a future where many people live atomized lives mediated exclusively through personal technology.

There was one clearly positive indicator in the survey: For the first time, the proportion of women returning to work after having their first child in Japan's once notoriously patriarchal society exceeded 50 percent.

Guess How Much That Anti-LGBTQ Law Is Costing North Carolina

In March, North Carolina state legislators banned transgender people from peeing in the bathroom of their choosing. According to the law, HB2 or the “bathroom bill,” when you’re in public building—a government agency, a public school, whatever—the gender listed on your birth certificate is the only one that matters. You remember the initial hubbub: North Carolina and the federal government suing each other, the boycotts and the hashtags and the Bruce Springsteen concerts cancelled.

In spite of that, North Carolina’s government hasn’t repealed the law, and this week, the state lost high-profile sporting events, too, as the ACC and the NCAA pulled their championship games out of the state in protest. (If the NCAA is looking at you sideways, you know you’re doing something shady.) But we’re not here to talk about how the bill is bad and discriminatory. The DOJ made that call months ago. So did popular opinion, both nationwide and in North Carolina itself.

Especially now that the NCAA and ACC joined in the boycott the loss of business represents a significant economic penalty for North Carolina. And it’s North Carolinians, most of whom don’t even support the legislation, who get stuck with the bill. So we decided to figure out how big a bill it is.
Adding It All Up

One thing to note: You’re never going to get an exact, cent-perfect total—mainly because we’re talking opportunity cost here. But here’s what we do know.

First, people are suing the crap out of these guys. North Carolina’s Republican leadership racked up at least $176,000 in legal fees so far, $47,000 of which is just lawyers for the beleaguered Governor Pat McCrory. Why do those numbers matter? They are paid with tax dollars, and they’re rising. In June, the North Carolina legislature approved diverting $500,000 from the disaster relief fund to Governor McCrory’s offices for HB2 litigation. Sure, this HB2 situation’s a disaster. But in a state that sees two, three hurricanes per year … they might have done other things with that money—especially as hurricane season gets underway.

So it costs taxpayers money to fight lawsuits. How much does it cost them that businesses now see North Carolina as a bad investment? According to the think tank Center for American Progress, business boycotts and pullouts have cost North Carolina another $87.7 million. Charlotte has recently been a popular filming location, so when Lionsgate puts the kibosh on filming in North Carolina after HB2, just that led to three million dollars down the drain.

North Carolinians lost $58.3 million when PayPal and an “unnamed tech company” canceled their planned expansions to the state. North Carolina has been vying the past few years for attention as the Silicon Valley of the South, but the loss of those jobs—and the anti-HB2 amicus brief signed by 68 companies, including notable tech giants like Apple, Dropbox, Salesforce, Slack, SV Angel, Yelp, and Zynga— have put a damper on that campaign. “There’s a clear drumbeat here, and a bit of a snowball effect,” says Laura Durso, senior director of the LGBT Research and Communications Project at the Center for American Progress. “More and more companies are taking a look at their own values, and living those out.”

But by far the sector of North Carolina’s economy most strapped by HB2 backlash is tourism. Leaving aside sports for a second, by the figuring of Charlotte Regional Visitors Authority, the Greater Raleigh Convention and Visitors Bureau, and the Greensboro Convention and Visitors Bureau, the state’s three largest cities lost $109.4 million to canceled conferences and other events since HB2. That’s things like the Bruce Springsteen concert, which probably contributed about $700,000 to that loss alone.

But now we get to where it really hurts North Carolina most: sports. And here we’re talking the total economic impact as opposed to direct spending. That includes the ticket sales and hotel rooms, but also the cost to the florist down the street who would have done arrangements for a post-game reception. When the NBA pulled their All-Star Game, North Carolina missed out on $106 million. When the NCAA and ACC followed suit with their championship games, it means a loss of at least another $91.4, $51 million from the NCAA events and $40.4 million from the ACC’s.

While it might sound frivolous in comparison to losing, say, 400 highly skilled PayPal jobs with an estimated total salary of $20 million, college basketball abandoning North Carolina is hitting the state in its heart. “It obviously a loss for our grand basketball tradition,” says Chris Sgro, executive director of LGBTQ rights organization Equality North Carolina and a member of the state’s General Assembly. “In many of our cities, we’ll have a sporting event drought for years to come if we don’t repeal HB2.” As one North Carolinian put it: “college sports is religion in North Carolina.” And for now it’s gone.
The Grand Total

Adding all that up, the total cost to North Carolinians so far from HB2 protests is slightly more than $395 million. That’s more than the GDP of Micronesia. And the bulk of it is from sporting organizations, who even five years ago would likely not have waded into political territory like this. But experts aren’t that surprised that the NBA, NCAA, and ACC have taken this step now. “They’re not out on a limb here,” Durso says. “They’re in line with their base.” The near unanimous outcry against HB2 and in support of the NCAA and ACC confirms that. Legislating discrimination has become an expensive bad habit.

What’s Going On With Julian Assange and WikiLeaks? Here Are 4 Theories
Top

Ecuador Might Be Getting Sick of Hosting Julian Assange. Can You Blame Them? 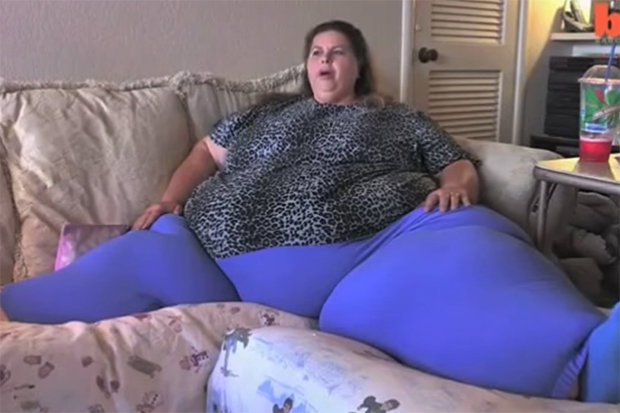 Turns out she isn't the world's fattest woman. That's an Egyptian woman who weighs over 1,000 pounds.

RIP Vine. Watch this while you still can.

At first I thought "racist priest!" while watching it but then it turns out he's running it. Disappointing.
Top