This FPGA stuff looks really cool, I might have to buy one once all the classic cores (NES through Genesis) have been through a few revisions. I wonder what the timeline will be for emulating N64 and PS1 era hardware?
Top

That does look pretty cool.

That is so ridiculous. That thing is more expensive that a laptop with better specs and far less useful. And then adding a GPU and PSU to it...I know he’s doing it just for the fun of it, but all of it is just so impractical and expensive that it’s completely dumb.
Top

It is over the top.

I want someone to turn one into a handheld with the GPU hooked up to it.
Top

melancholy wrote: ↑
Fri Oct 26, 2018 1:28 pm
That is so ridiculous. That thing is more expensive that a laptop with better specs and far less useful. And then adding a GPU and PSU to it...I know he’s doing it just for the fun of it, but all of it is just so impractical and expensive that it’s completely dumb.

You are more paying because it is a 64bit processor and for its form factor. I think it is a bit over priced considering it isn't a quad core chip and only has 4gb of ram.
Top

That couldn't be posted in the cheap handheld thread. Why? It costs US$400! For a RPi3 in a GBA case!


That couldn't be posted in the cheap handheld thread. Why? It costs US$400! For a RPi3 in a GBA case!


Warning
Do not buy this expecting an easy to work with gadget. We do not offer any software-related support. We don't take any responsibility on how you decide to use this gaming device.

I could see that. It's a very custom device using images from other developers, so their statement makes sense.
Top

To install, run the following from a command line:

To run, you can launch it from the Games menu, or run the following from a command line:
steamlink

The first time you run it, it will download the full app and create a desktop shortcut, and automatically update as needed.

pixel wrote: ↑
Tue Oct 23, 2018 3:02 am
This FPGA stuff looks really cool, I might have to buy one once all the classic cores (NES through Genesis) have been through a few revisions. I wonder what the timeline will be for emulating N64 and PS1 era hardware?

Could somebody explain to me why so many people are excited for FPGAs? From what I understand when a system runs using an FPGA it emulates the system with 100 percent accuracy. So everything will run 100 percent exactly like it did on the original system. That is great but what makes it better than an emulator that may not be 100 percent accurate. Any emulator I've ever used plays the games exactly like they would on the original system even though they might not be 100 percent accurate. So my question is why would I want to play on an FPGA with 100 percent accuracy when the games already run fine on emulators? I'm not trying to come across as rude or anything, I'm just genuinely curious. Is there an advantage to using an FPGA over an emulator. Is Super Punch-Out really going to play any different then it would a regular SNES emulator.

It is just like that accurate SNES emulator that requires something like a 4ghz CPU to run correctly, I don't see the point. I looked into it at one time and the only example I could find of a game that doesn't run correctly on standard emulators is a Bonk game for SNES. And the only problem it had was if you let the demo mode come up it wouldn't play right and the character would just die. So not even a problem that would effect gameplay at all.

There are some SNES that can't be finished on emulators due to inaccurate emulation. A lot of the emu complaints tend to be about input lag & music playing wrong/missing sound effects.
Top

For me, it's about preserving these older games. Emulators do a fantastic job at making old games accessible to us decades after they came out, and I won't stop using them for the foreseeable future. It's been 20 years since I first got SNES9X working on my 68k Mac.

The quality is too good for what they offer: An easy way to keep my favorite games in a convenient format to play whenever I want.

FPGAs are exciting just based on the hardware itself, it's always great to see the next iteration of technology start to develop. It's the hardware/software progression that I find fascinating:

First you had companies like Sega, Nintendo and NEC in an arms race to build specific hardware models to play games. They had to decide whether their machines would support the emerging tech of the day (FM synthesis, sprite scaling, etc.) The consoles kept advancing to the point where we're at today. The basic home video game console may differ from company to company, but the fundamental hardware driving each system is fairly similar in terms of architecture.

There's the same type of growth with emulators, that gradual development of new features that eventually spread to each different emulator. Now I run a catch-all system like Retroarch that collects most emulators into one interface with a unified backend for things like I/O and video. There really isn't any game that I can't play that was released on the Wii U and prior. (Except for Xbox, PS3 and Xbox 360)

It feels like FPGAs are a new stepping stone in technology and it makes me feel like I'm living in the future compared to running SNES9X on an old Mac desktop. It is seriously cool to imagine a little computer that you can program to act exactly like another machine without the emulation layer. Definitely cool stuff

I bought a Mega Pi case that was on special the other week and it arrived today. It looks great. 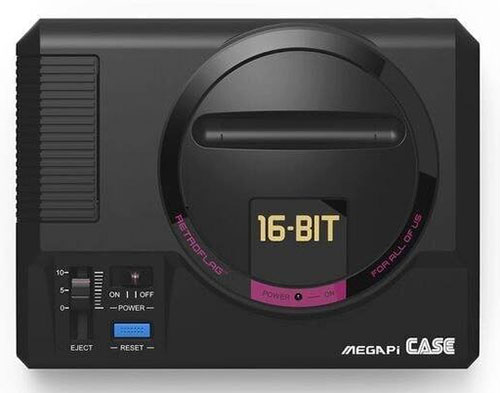 I put it together and it's easy to set up. Switched it on and nothing happens. Do it a few more times and then decide to see what the problem is. On the side of the case you can access the microSD slot, so I open it up and see that the card looks a bit squashed. Uh oh! Take the case apart and the 128gb card is snapped. Doh! So if anyone gets one of these or the NES/SNES versions, take the card out before putting the RPi in.

A few years ago the thought of a 128gb microSD card breaking would have been bad due to the price of them back then, but I got this one for AUD$25 a few months ago, so it's not so bad. Still sucks though.
Top

NVIDIA's $99 Jetson Nano is an AI computer for DIY enthusiasts

You could build your own robot without spending a fortune. 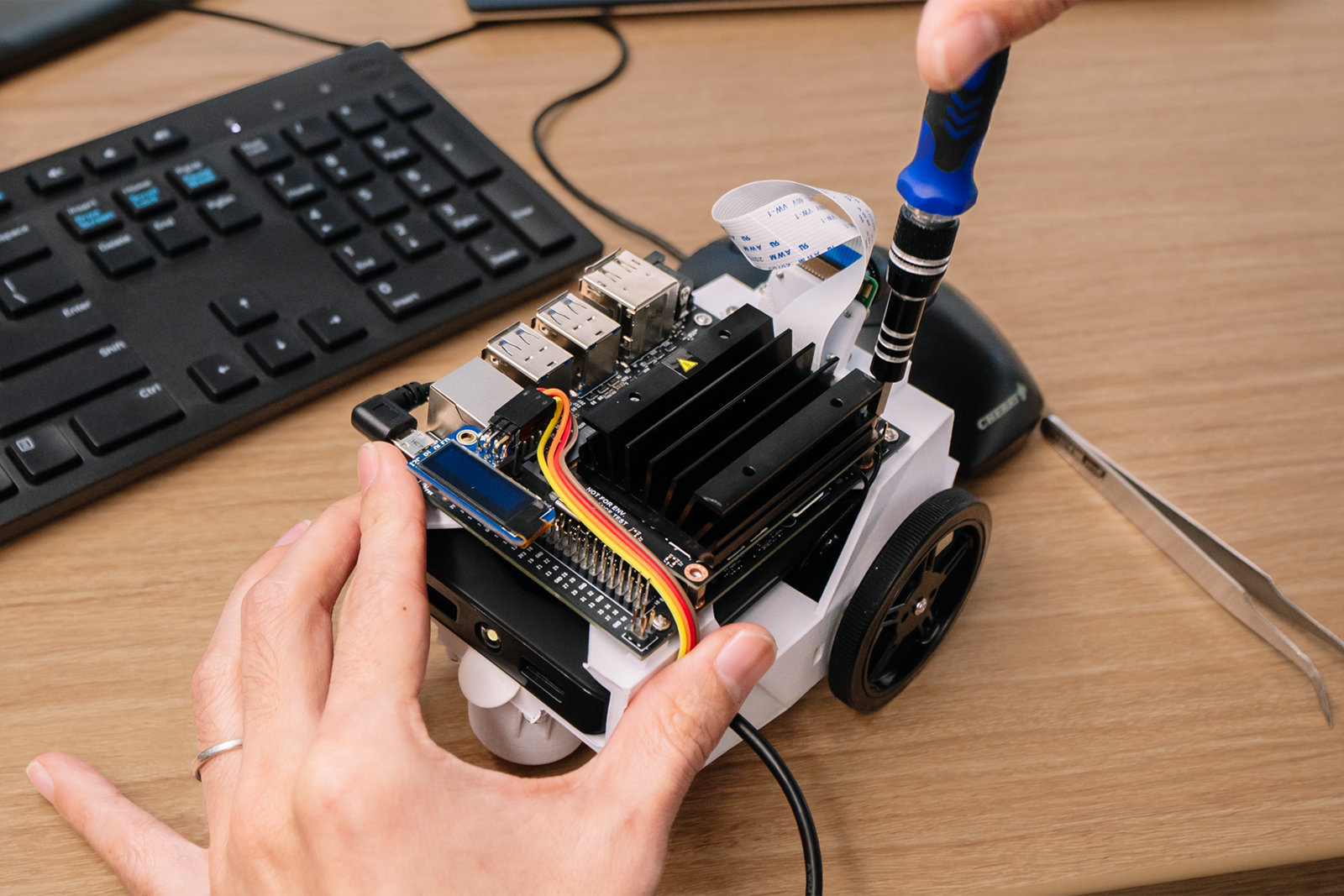 Sophisticated AI generally isn't an option for homebrew devices when the mini computers can rarely handle much more than the basics. NVIDIA thinks it can do better -- it's unveiling an entry-level AI computer, the Jetson Nano, that's aimed at "developers, makers and enthusiasts." NVIDIA claims that the Nano's 128-core Maxwell-based GPU and quad-core ARM A57 processor can deliver 472 gigaflops of processing power for neural networks, high-res sensors and other robotics features while still consuming a miserly 5W. On the surface, at least, it could hit the sweet spot if you're looking to build your own robot or smart speaker.

The kit can run Linux out of the box, and supports a raft of AI frameworks (including, of course, NVIDIA's own). It comes equipped with 4GB of RAM, gigabit Ethernet and the I/O you'd need for cameras and other attachments.

Price, unsurprisingly, is the main hook. While the Nano isn't nearly as powerful as higher-end Jetson models, it's available now at $99 for individuals and $129 for "production-ready" units destined for companies. That puts it within range of hobbyists, inventors and students who are willing to spend a bit more (but only a bit more) to create their own automated devices. 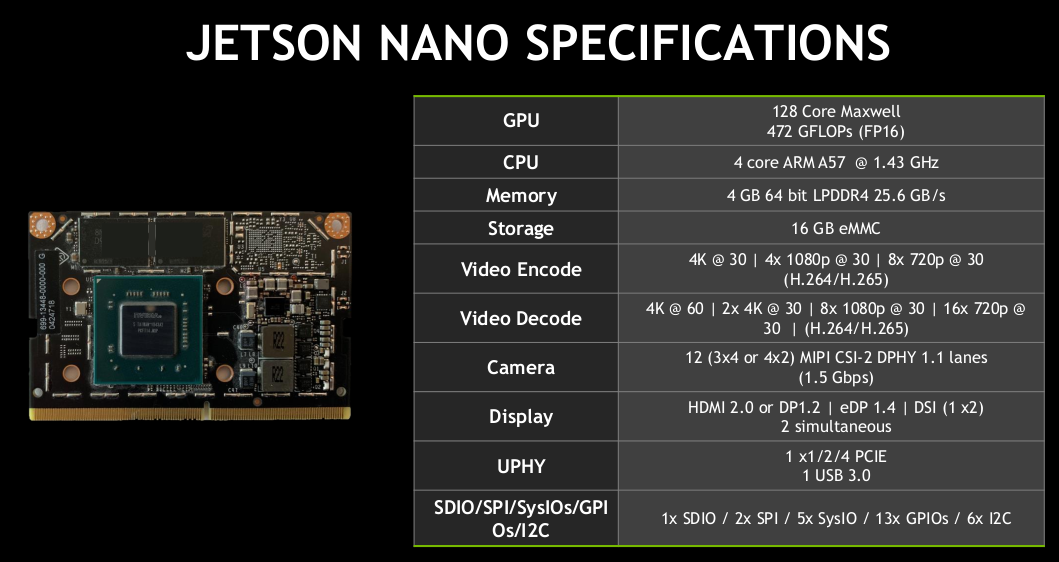 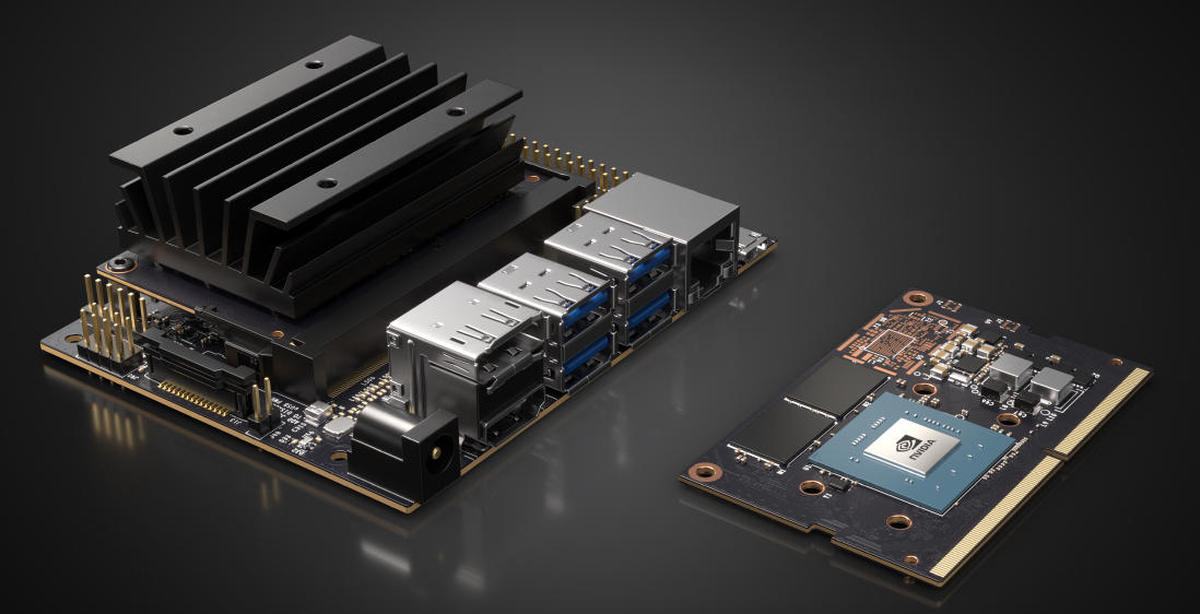 They market it as a robot creation board, but you know most people are wondering if they can game on the thing.
Top

Yep, the main thing people are going to buy it for are RetroPie & Kodi. Talking about robots just makes it look fancy to the mainstream media.
Top
Post Reply
139 posts